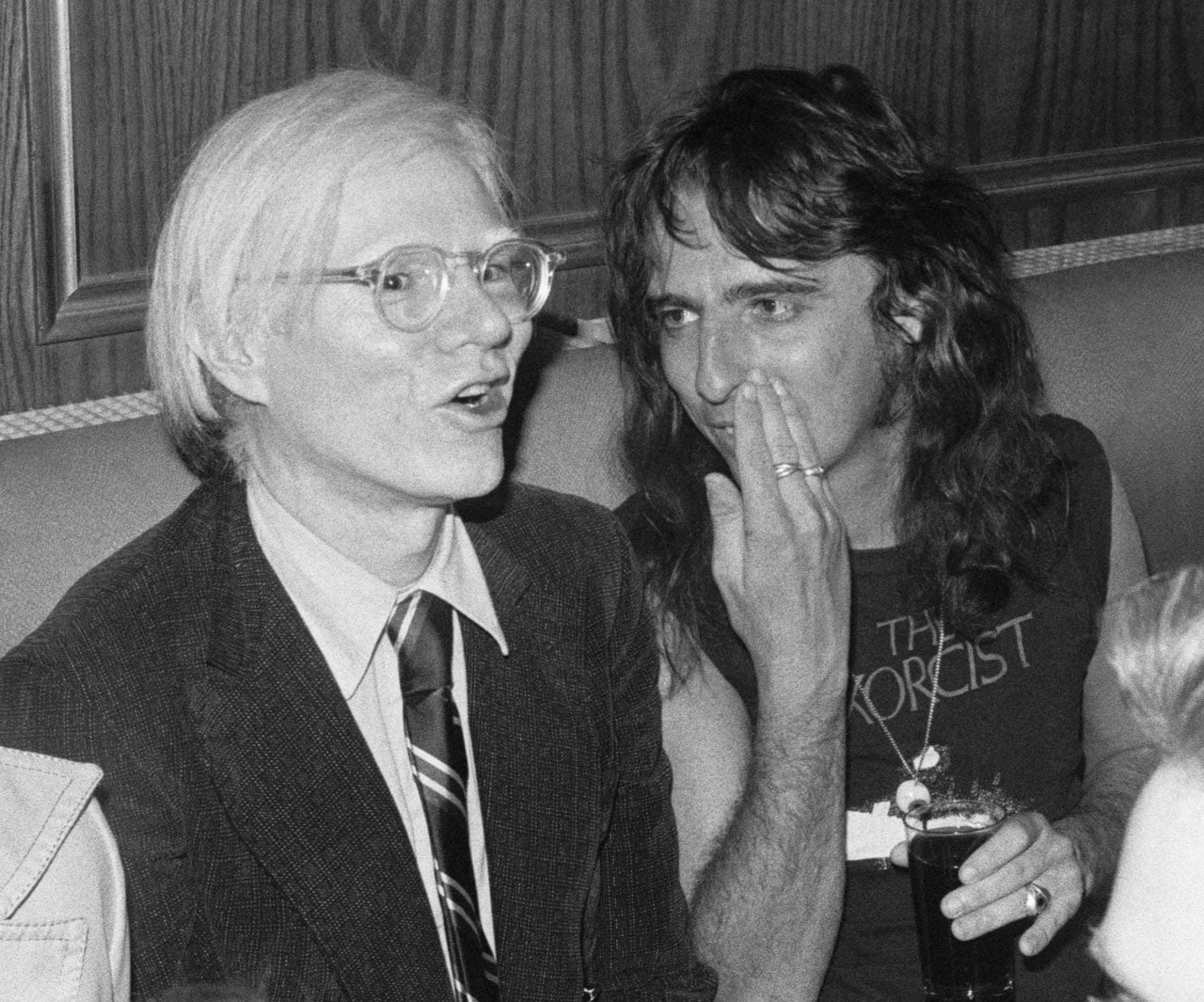 To rummage around in an old loft and discover amidst the broken furniture and dusty detritus an Andy Warhol sculpture is normally the stuff of dreams. But that is exactly what happened to auctioneer Dan Meader in Massachusetts. Interviewed late last year, he recounts how he was on his “hands and knees going through this box,” flipping over the package he saw the inscription “Jon/Andy Warhol 83”, and immediately he “started shaking.” He did not need to be an auctioneer to know he had hit the jackpot—there is no greater find in Contemporary Art.

The sculpture is an unusual work for Andy Warhol, a broken canvas, it is dabbed in red, grey, and yellow paint. Also inside the box, alongside the inscribed Proust novels and clothes, was an even more surprising find. Wrapped up with the hoard was a series of passionate love letters and Valentine day cards the artist had sent to a young Hollywood executive called Jon Gould.

Most people are unaware that despite appearing cynical and somewhat hard-hearted, Warhol was a hopeless romantic, who never found the loving relationship he so desperately craved. A deeply complex man, highly-sociable but withdrawn, gregarious but nervous, charismatic but private, the “Napoleon in rags” as Bob Dylan called him, was one of the 20th century’s greatest enigmas. And just like these long-lost artworks, hidden sides to Warhol’s personality are continually being uncovered.

Perhaps this in part explains the enduring appeal of Andy Warhol, the fact that despite his prolific output of artworks, his diaries, self-publicizing events, iconic band management and bizarre character traits, we still know very little about him. “The mole of Central Park” was his own studied creation, and his resistance to interpretation has been his greatest legacy.

A hugely influential figure in his time, today he is the most powerful contemporary art brand in existence. Commanding instant recognition, his work pervades a sense of wealth, glamour, and power. Like Pablo Picasso before him, he basks in universal adoration, enjoying an enviable combination of popular appeal, market success, and critical recognition. No museum gallery on the planet could consider itself representative of Contemporary Art without a Warhol somewhere on its walls. 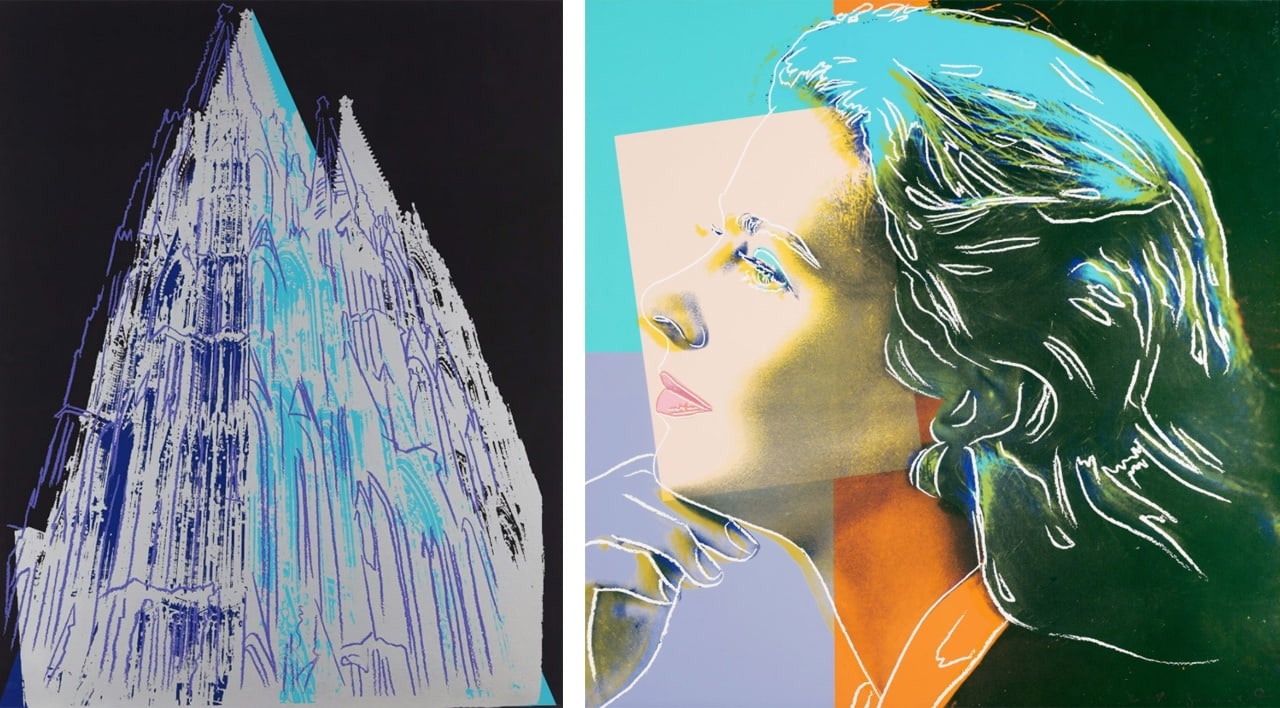 But when it comes to Andy Warhol’s artworks financial reality flies out the window. We often hear the vast $100 million price tag on his unique canvases, but now it seems even the packaging holding his work is also immensely valuable. Late last year Artnet reported the astounding story of a cardboard box that housed Andy Warhol Marilyn Monroe screenprints being valued at $250,000. The story is an intriguing one, as it appears that a reputable New York shipping company mistakenly threw away the original stamped packaging, breaking up a rare Marilyn Monroe box set. You have to feel for the hapless art installer who threw it away.

But the truth remains that the value of Andy Warhol’s artwork—despite a brief dip in the 1990s—has been on an endless upward trajectory. In 2014 alone the $569 million his works accumulated at auction accounted for more than a sixth of the global art market. More staggering still is the 3,400 per cent increase in average auction prices for the artist between 1987 and 2010—he is quite simply the god of Contemporary Art.

But perhaps it should come as no surprise that an artist who made fame and wealth an intrinsic part of his aesthetic should now be the bellwether of the art market. Alongside Roy Lichtenstein and the 1960s Pop artists, Warhol commercialized the avant-garde, going so far as to define Pop Art through its commerciality.

He then took it a stage further. Always with profits in mind, Andy Warhol realized that by using the silkscreen printing process he could produce work quickly and remove his hand from the production process altogether. Back then even the notion that art could be made in a “Factory” like any other consumer goods was revolutionary.

Andy Warhol more than any other artist of his time, understood the modern world in a way we are still coming to terms with. His statement that “in the future, everyone will be world-famous for 15 minutes” has become in the age of Instagram remarkably prescient. Single-handedly he made being famous and making money a legitimate goal for an artist, as equally valid as self-exploration. Even thirty years after his death there is “something incredibly cool about Andy,” says Larry Gagosian, the American mega-dealer. “He feels like a living artist. He is incredibly present in our culture.”

For an artist as collected and devoured as Andy Warhol, it is still amazing to think new works keep popping up in dusty attics and storage lockers. Alice Cooper’s red Little Electric Chair, stored in a locker by his mum beside some of his 70s touring artefacts, was “rolled in a tube”. In the 70s when they were hanging out together, he had somehow forgotten buying an artwork from Warhol for just $2,500. Although unsigned, it would be expected to make many millions were it to be consigned at auction. Not that Alice Cooper wants to sell it, he plans to hang it in his house when he gets back from touring the world. An original Andy Warhol hanging in your home? In the 21st century there are few things more highly-prized. 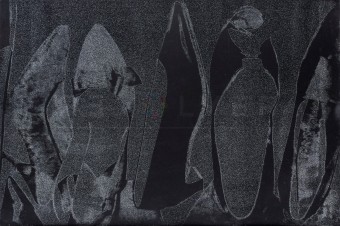