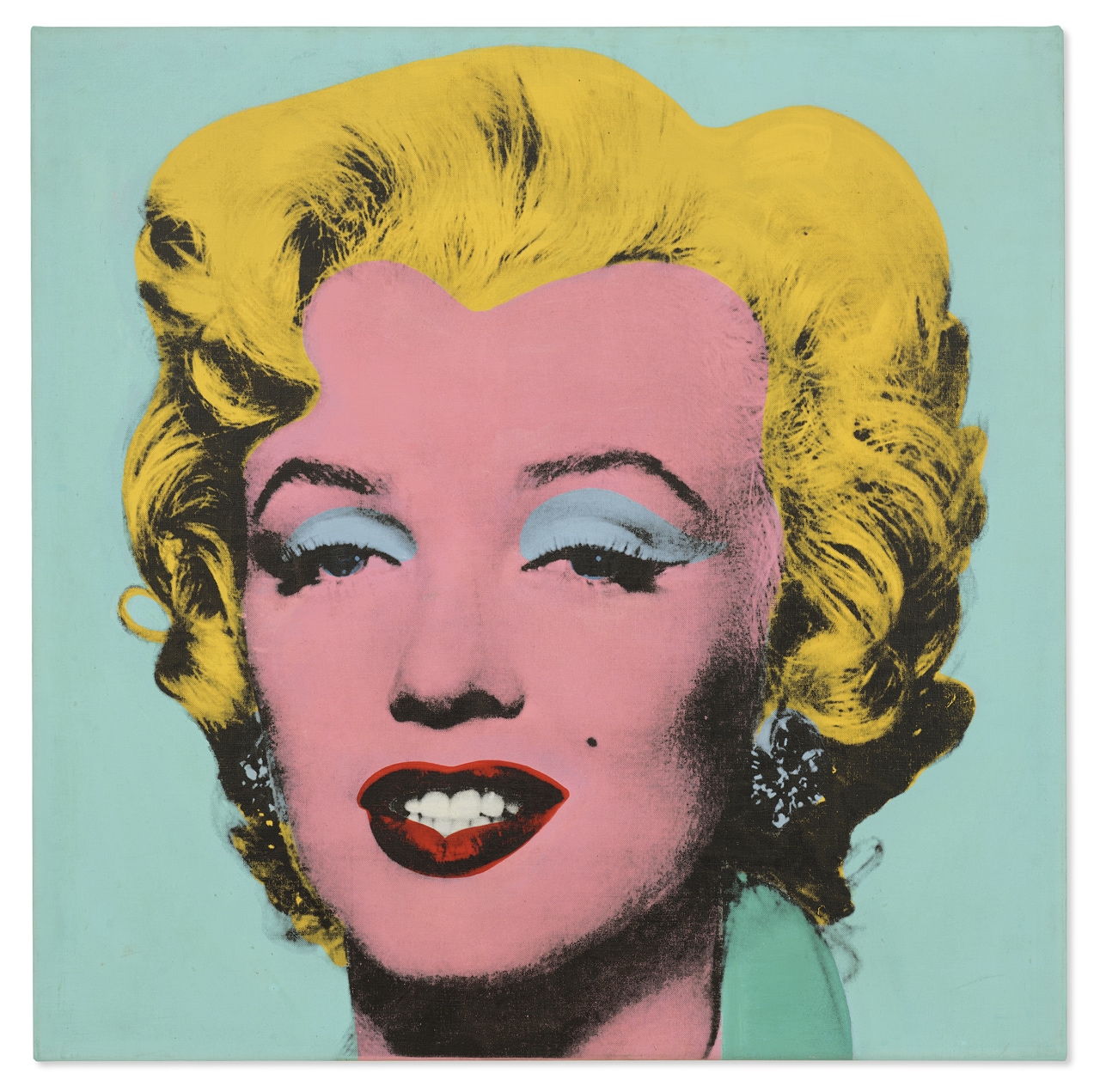 At Christie’s Evening Auction recently, one of Andy Warhol’s most iconic paintings, ‘Shot Sage Blue Marilyn’, shattered the artist’s previous auction record. The 40 inch x 40 inch silkscreen on canvas from 1964 sold for an eye watering 195 million dollars, nearly twice the amount paid in 2013 for one of his only slightly less iconic though far more menacing (and considerably larger) car crash painting. Despite the clickbait amount, which included auction fees, the sale wasn’t celebrated in the auction room the way some sales have in the past with thunderous applause. In the weeks leading up the sale, a raft of experts had speculated that it could/would/should fetch upwards of 400 million. With such grand expectations being bandied about, 200 million dollars does seem a little light, doesn’t it? Or maybe such slyly placed whispers were put in the air to help convince the eventual buyer that they, in fact, got a good deal?

With the emergence of art as an investment class asset over the past decade, there seems to be something else at work here. Something along the lines of returning some semblance of sanity to the art market after the infamously insane Beeple sale in March of 2021. That sale, which brought the previously obscure NFT market to a world-wide audience overnight, brought in 69 million dollars, a sum that many struggled to make sense of. Suddenly all the NFT marketplaces were deluged with gold rush speculators, including the ever-curious on-trend art collectors, who wanted to know more about this new art they hadn’t ever heard of. While the NFT market has continued to make day traders and Reddit users salivate, the art collectors who ventured into that frontier town returned far more appalled than interested. Nobody could quite figure out what they were buying. Despite the, shall we say, lackluster image artistry of Bored Apes, what good was the art if it couldn’t be hung above the couch and discussed over cheese and wine during the holidays? Perhaps more than anything, the NFT market has exposed the lack of cultural capital that art has developed and refined for centuries. Art isn’t purely an investment. It requires culture – education, appreciation, conversation, et al – to thrive.

Getting back to the idea of art as an investment class asset, the recent Warhol sale seems to reaffirm two bedrock principles that every art advisor (and increasingly financial manager) tells prospective clients. The first being that fine art, especially the bona fide masters of Impression, Abstract Expressionism, and Pop Art, will continue to increase in value, year after year, the way a 401k does, just with infinitely more cultural cache. And two, that doubling profits should once again be celebrated as the payoff to a sound, healthy investment.

Suppose for a moment the Warhol sold for 400 million. It’s likely that the headlines in the days after would have tied it to the decidedly overheated NFT market, which makes for good copy but also causes genuine worry from investors about which stage of the next ‘bubble’ is the art market currently in. The 200 million dollar sales ‘shatters’ the auction record and still disappoints. Hopefully in a good way.