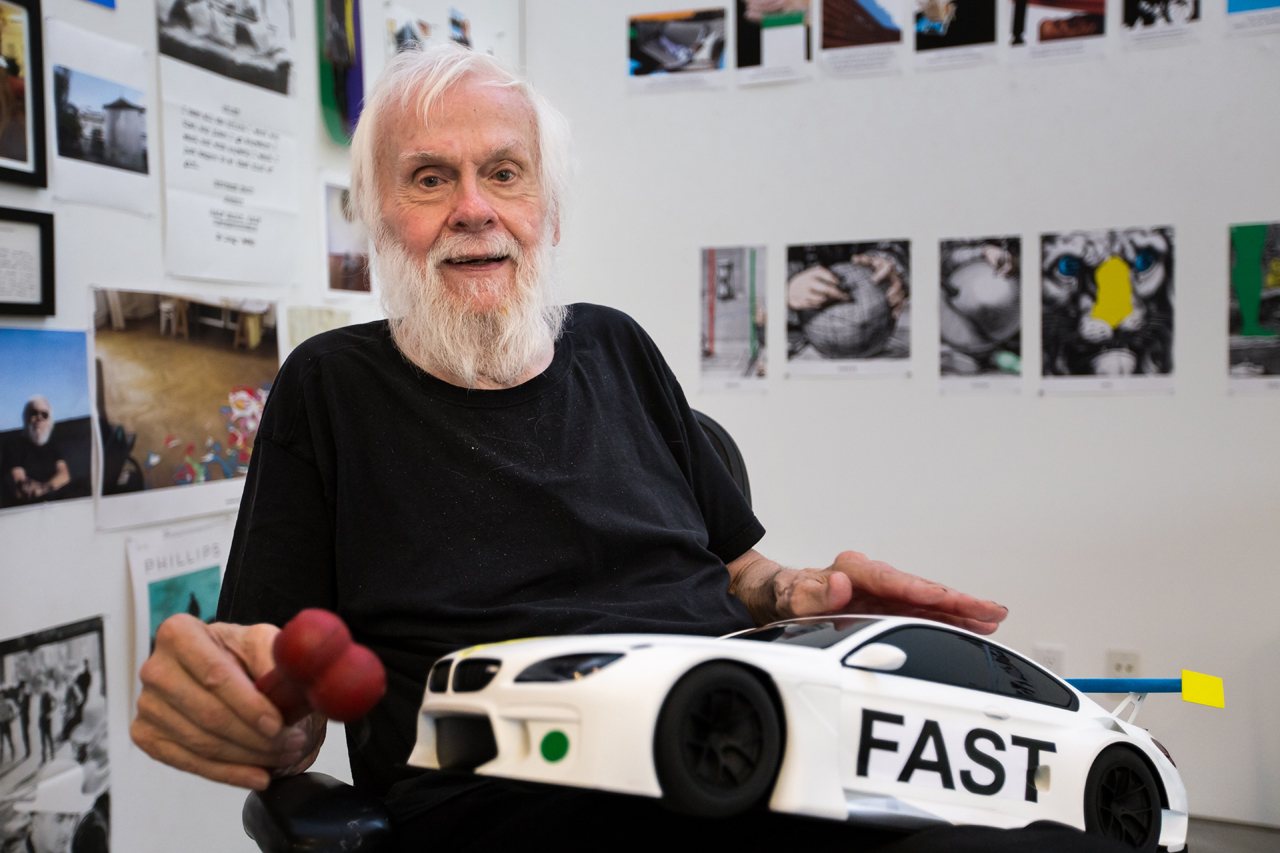 Following in the footsteps of Jeff Koons and Andy Warhol, John Baldessari and Cao Fei have revealed early designs for the next iconic editions of the BMW Art Car. Baldessari’s car will be unveiled at Art Basel Miami in November and raced in Asia in 2017. Cao Fei’s will not be unveiled until 2017.

Baldessari has spoken of the car being an “icon of contemporary life. I have done sculpture before, but it’s the first time I have ever in a sense collaborated. I didn’t design the car—I collaborated with the designers of the car. I think the challenge comes in making something that cannot be understood from just one point of view, but only from a total point of view.” The famous American conceptual artist went on to speak about his use of “colored dots” being “kind of an iconic series, so I had to include that. I’m actually advertising myself.” 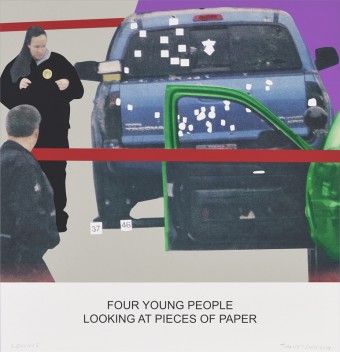 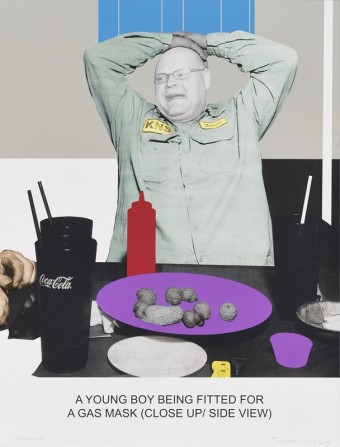 John Baldessari
The News: A Young Boy Being Fitted for a Gas Mask..., 2014