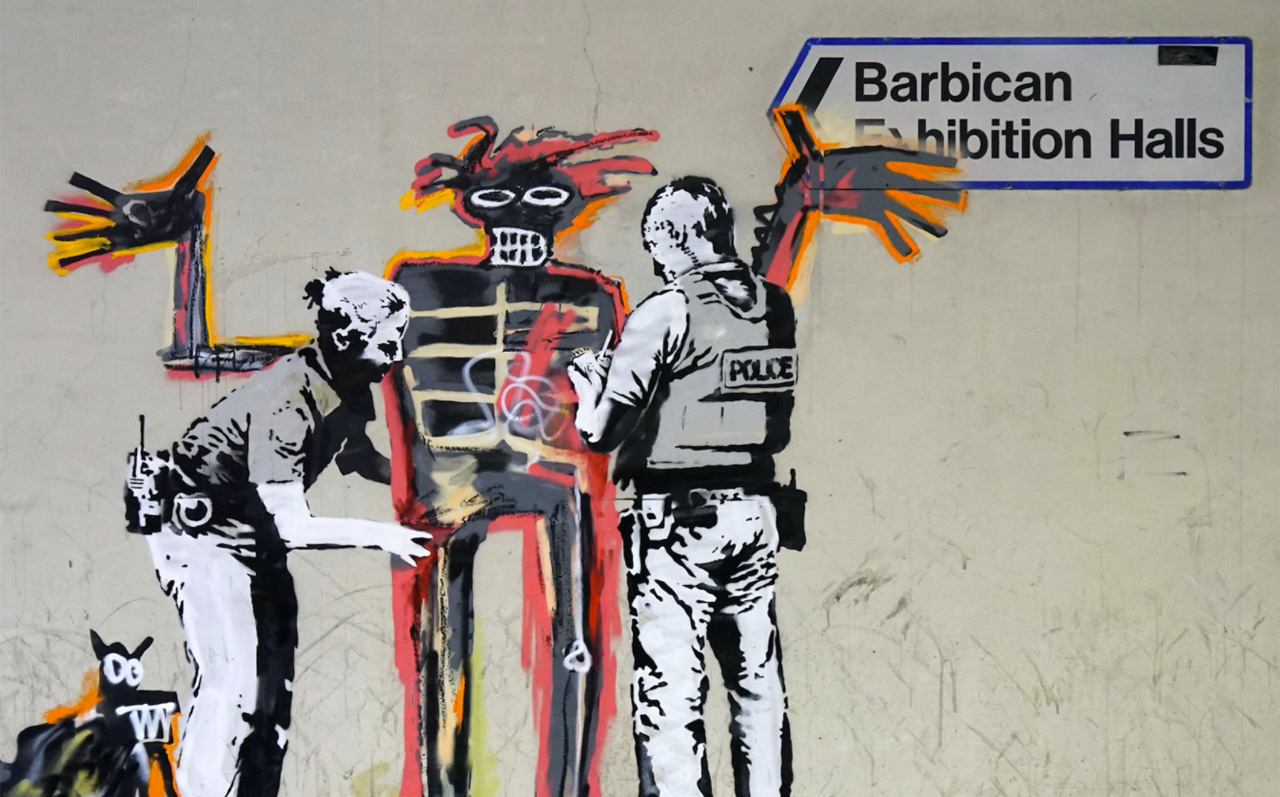 Just days before the opening of the new Jean-Michel Basquiat show at the Barbican Gallery in London, the notorious street artist, Banksy, has sprayed one of his “angels” on the gallery’s walls. Banksy has confirmed the artworks on his website banksy.co.uk with one of the images captioned: “Major new Basquiat show opens at the Barbican—a place that is normally very keen to clean any graffiti from its walls.”

Banksy’s newest artwork has been rightly identified by the Guardian Newspaper as featuring a figure taken from one of Basquiat’s most beloved paintings, Boy and Dog in a Johnnypump, 1982. However, in Banksy’s version the raised arms of Basquiat’s figure have been transformed into a stance of supplication and surrender, while the police pat him down and take down his details. It is not just a comment on the manner in which graffiti artists are treated, but more pertinently a comment on the art establishments treatment of black artists over the years.

Even today there is no work of Basquiat’s in a public collection in England—a shocking omission considering the artists immense popularity. Especially when taking into account the fact that earlier this year he became—with the sale of his work Untitled, 1982 at an auction at Sotheby’s New York—the most expensive American artist of all time. At $110.5 million, he is now in the same league as Pablo Picasso, Andy Warhol, and Francis Bacon.

Banksy is no doubt aware of Basquiat’s tragic story, the young artist was said to have been cannibalized by an art world desperate to get its hands on his canvasses. Basquiat found it difficult to cope with the fame and attention, and after the death of his good friend and mentor, Andy Warhol, the Brooklyn-born artist became increasingly isolated and withdrawn. In 1988, just a year after Warhol, he died of a heroin overdose aged just 27. Banksy of course has chosen a distinctly different route, avoiding the limelight by keeping his name and identity well and truly secret.

The British graffiti artist is clearly a huge fan of Basquiat, and is perhaps the only other artist to attain a similar degree of fame, having also made that same transition from street artist to mainstream art icon. Banksy also produced a second piece of artwork, featuring the London Eye passenger lifts replaced by crowns—a recurring Basquiat motif. Alongside the artwork he released the statement: “Portrait of Basquiat being welcomed by the Metropolitan police—an (unofficial) collaboration with the new Basquiat show.” It seems that although the street artist is keen to highlight the exhibition, in typical Banksy style he couldn’t pass up the chance to take a well-timed dig at the authorities. 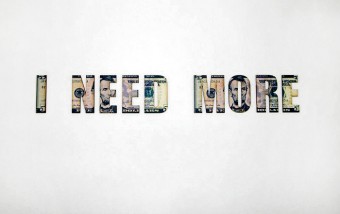