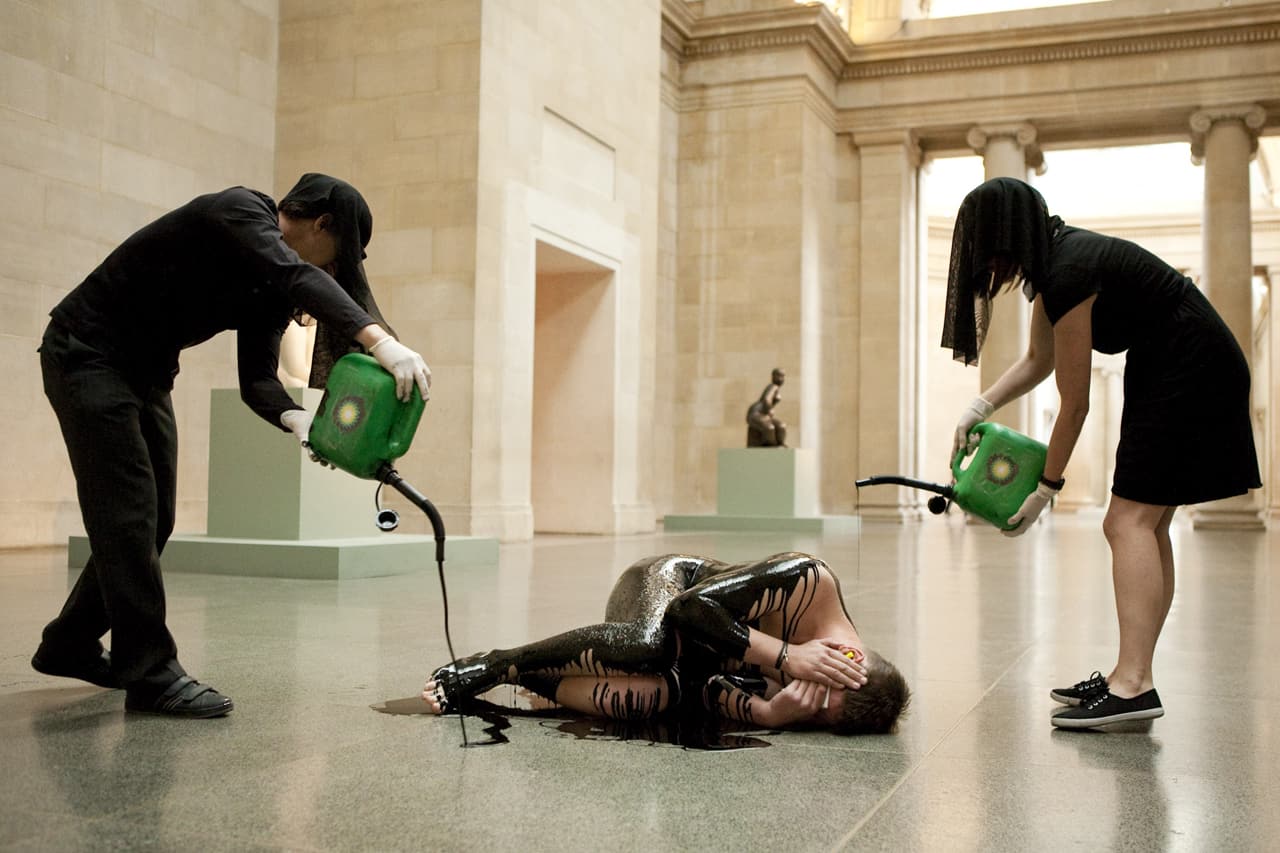 Unilever’s decade long sponsorship of Tate Modern’s Turbine Hall was a match made in heaven. Between 2002 and 2013 over 30 million people visited the cavernous hall of the former power station and experienced the delightful panic of Carsten Höller’s slides or the towering, protective black spiders of Louise Bourgeoise. Each of these participatory, monumental installations helped establish Tate Modern as the most exciting art venue in London, which in turn became the most lauded art capital in Europe. It was a wonderful collision of big money supporting the arts – lavish productions in exchange for positive, trendsetting PR.

Eight years after that relationship came to an end, Unilever’s role has become emblematic of the deeply problematic connection between museums and their corporate sponsors. Whilst paying a sizable £4.4 million to the Tate annually to get their name strewn across the contemporary art museum, they were directly involved in an economic system that was paying plantation workers in the Democratic Republic of Congo less than $1 a day. A salary so low that the workers live a life of poverty and precariousness and are unable to adequately feed their families. 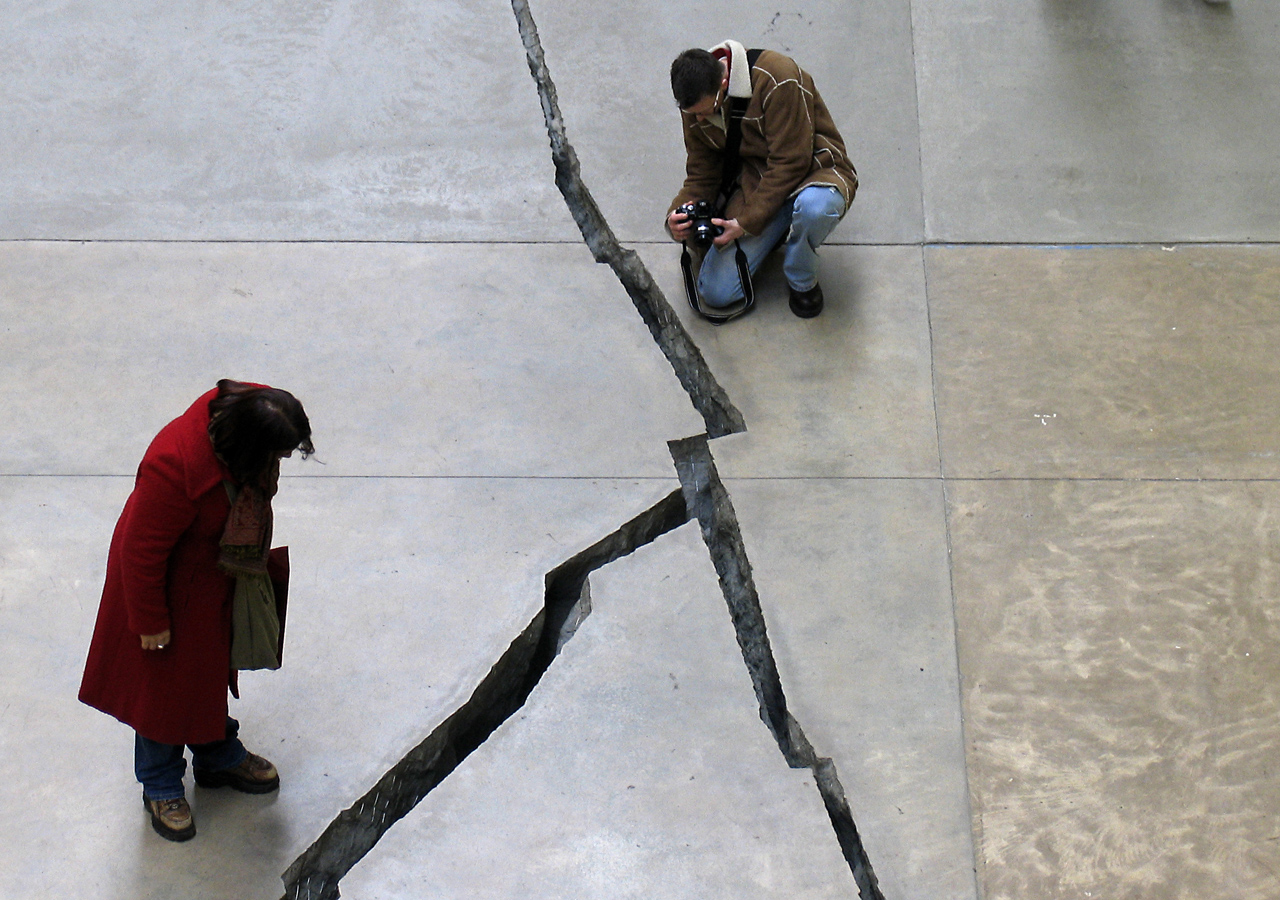 More than anything, these relationships expose the hypocrisy of the artworld displaying conscientious art in institutions that benefit from these companies. For decades, these institutions have denied their position as cultural leaders, to partner with “big oil” corporations that have made a substantial contribution to the current climate crisis. And if it wasn’t for the increasingly vociferous public protests of organisations such as Greenpeace and Liberate Tate, the Tate’s 26-year cooperation with BP would have continued. As it is, in 2016, the Tate finally announced its termination.

Since then there has been a tidal wave of change and in 2019, the National Portrait Gallery in London refused a £1 million grant from the Sackler Trust. The philanthropic American family’s wealth stems from Purdue Pharma, the US pharmaceutical company that makes the highly addictive prescription painkiller, OxyContin – a drug that’s driving the ongoing US opioid crisis. In solidarity, the Jewish Museum in Berlin and the Guggenheim have also refused to accept gifts from the Sacklers. But had it not been for the campaigning work of artist Nan Goldin, the connections between the OxyContin and the museums sponsorship deals would never have come to light. 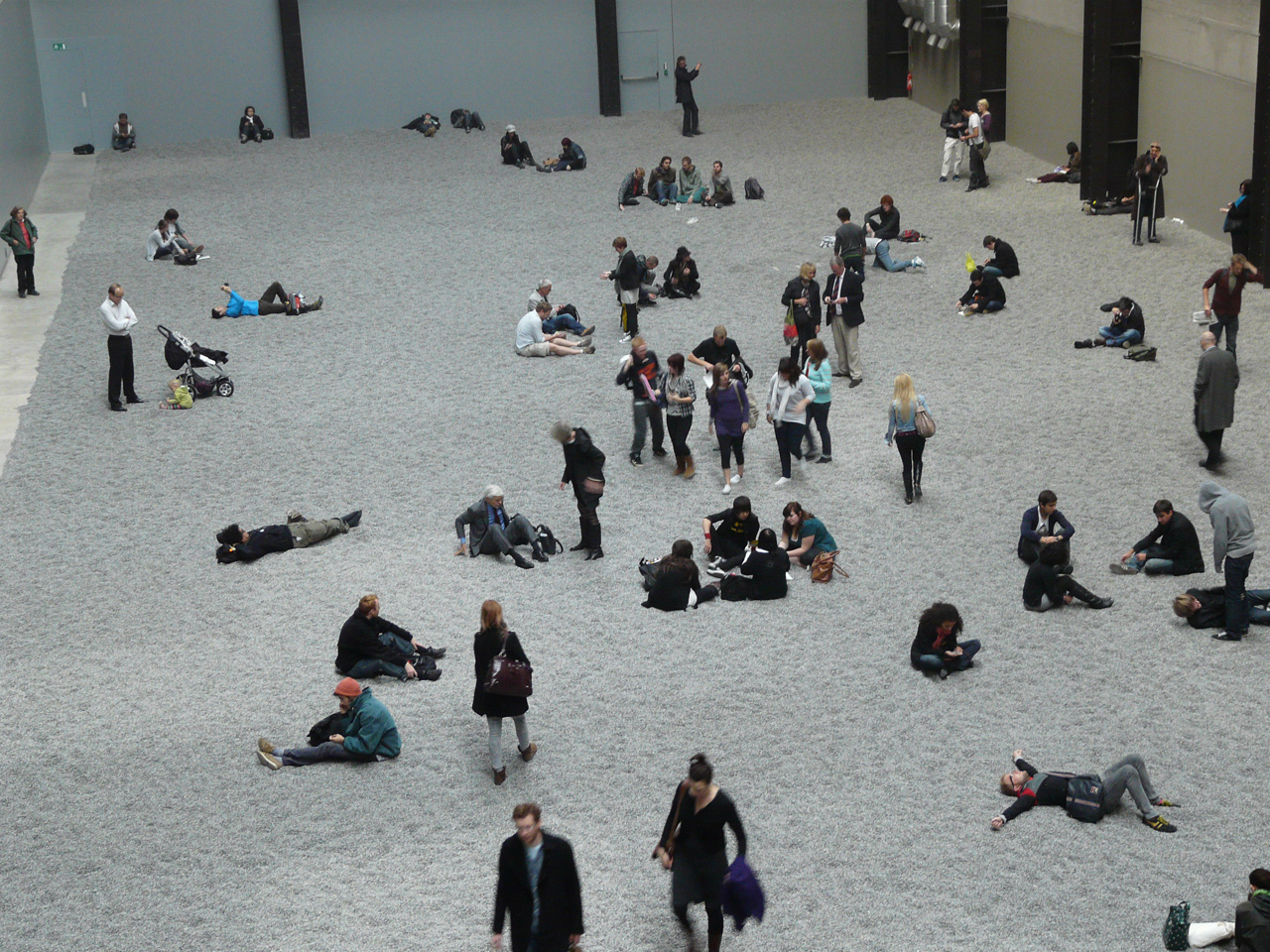 In New York that same year, Warren Kanders, who had donated more than $10 million to the Whitney Museum, was forced to resign from his seat as vice-chair of the museum because of his ownership of Safariland, a company that produces tear-gas canisters used by law enforcement against migrants at the Mexican border. Again, had it not been for the publicity garnered from a work group of artists who refused to allow their works to be exhibited in an upcoming exhibition, Kanders would probably still be one of the museum’s trustees.

Considering that most high-profile contemporary artists and curators are outspoken advocates of equality and social justice, these connections must be more than a little alarming. Ai Weiwei’s Unilever Commission, Sunflower Seeds, 2010 even highlighted the subjugation of Chinese workers within a vast capitalist system.

“The art world used to operate on the basis that it doesn’t matter where the money comes from, as long as you do good with it”, says Joe Dunning, the founder of Dunning and Partners, a company that seeks to find new ways to support the arts. “That’s now no longer the case as pressure mounts on museums to hold themselves to a higher standard.” When looking at recent staff redundancies, we might already be seeing a difference in tone and levels of scrutiny for museums in contrast to for-profit companies. In the middle of last year, The Metropolitan Museum of Art announced that it would be laying off 20 percent of its workforce. The announcement was met with criticism from a group of current Met employees who accused the museum of failing to listen to feedback from BIPOC staff as the redundancies disproportionately affected minorities. 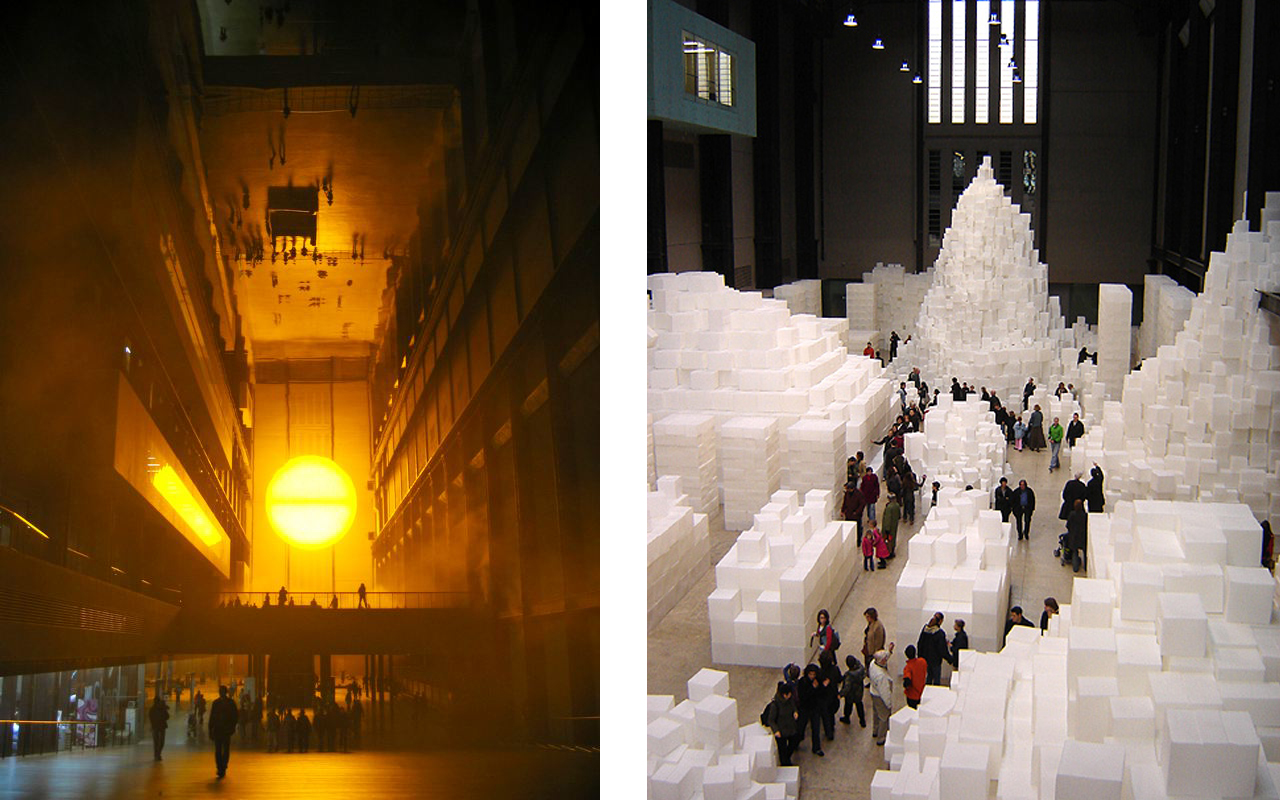 Museums, already dealing with huge shortfalls in turnover as a result of the coronavirus pandemic, will find that when they finally reopen their doors it will be to a world that has shifted considerably. For Dunning, the “pandemic has accelerated a number of long-term trends that can trace their origins to well before the pandemic started.” Museums and institutions will need to recognise that there are companies who “have other kinds of values. That are not just about making profits for shareholders, but looking at sustainability within the supply chain or at the welfare of employees.”

In spite of protests and the resignation of one of its trustees (the Egyptian writer Ahdaf Souei), the British Museum took a chunk of sponsorship money (exactly how much is a matter of speculation) from BP in 2020 to put on their “Troy: Myth and Reality” exhibition. Instead of defending their position the institution has come out fighting. With the museum’s chairman of trustees, Richard Lambert, speaking out to justify BP’s continued patronage: “You can’t put a line around BP, if you don’t take money from BP, would you take money from banks who support oil companies?”

Indeed, the close links between banks, finance houses and public institutions is prevalent and widespread – just think of UBS at Art Basel. As Rachel Spence writes in the Financial Times, “How much longer will the banks slip under the activists’ radar?” In the scrutiny of the post-pandemic world, the answer might be a lot shorter than we might first imagine.