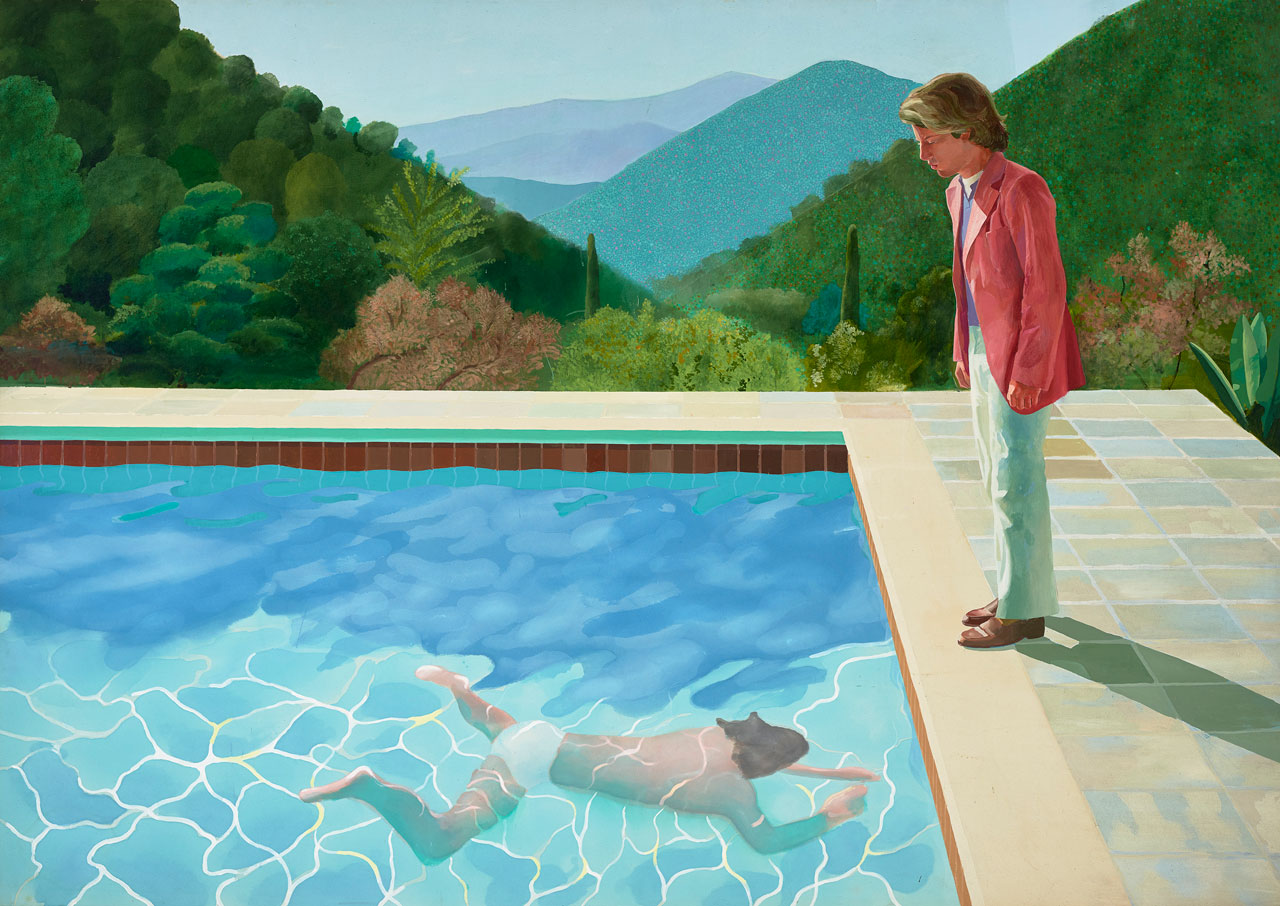 David Hockney’s Life and Art—“I have done what I wanted to do, every day.”

While still a student David Hockney painstakingly lettered the words “Get up and work immediately” on the chest of drawers by the end of his bed—64 years later he has hardly stopped working since. Driving forward in his relentless pursuit of the new, producing his intimate, innovative, tender and at times oddly reserved artworks.

After the death of Lucian Freud, Hockney is without doubt Britain’s greatest living painter, and this latest Retrospective at Tate Britain has become the fastest-selling in their history. Beginning with his beautiful pencil sketches from the 1950s, the exhibition runs right through to his modern iPad artworks. He has been around so long, it is easy to forget just what a radical artist he once was. One painting from the 1960s (showing men performing felatio, with tubes of toothpaste in place of their cocks) was made before the decriminalization of homosexuality in the UK, and could well have landed him in jail. 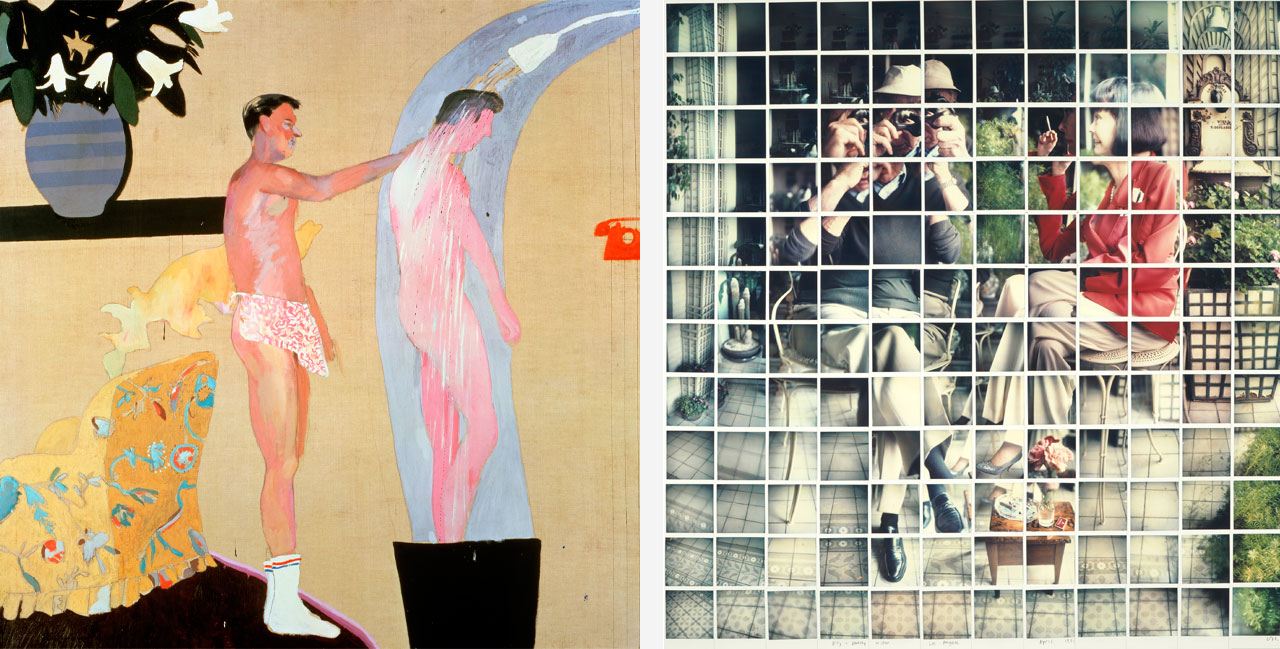 This gay, working class artist with his cheeky wit and goggle glasses has been a huge presence on the art scene since emerging in swinging 60s London. So when this “oh so” English artist decided to move to Los Angeles the British press were flabbergasted. But it was the making of him internationally. He began chronicling LA in all its aching modernity, capturing the opulent lifestyle and the churning human emotion beneath its stylized surface.

Of all his work his most famed are these shimmering blue depictions of L.A. swimming pools and semi-naked men. Painting water is a problem, it “can be any color, it's movable, it has no set visual description”. He solved it by using Helen Frankenthaler’s technique of mixing acrylic paint with washing detergent, producing pools of transcendent light. California was suddenly presented to the world through the eyes of a working-class boy from Northern England. 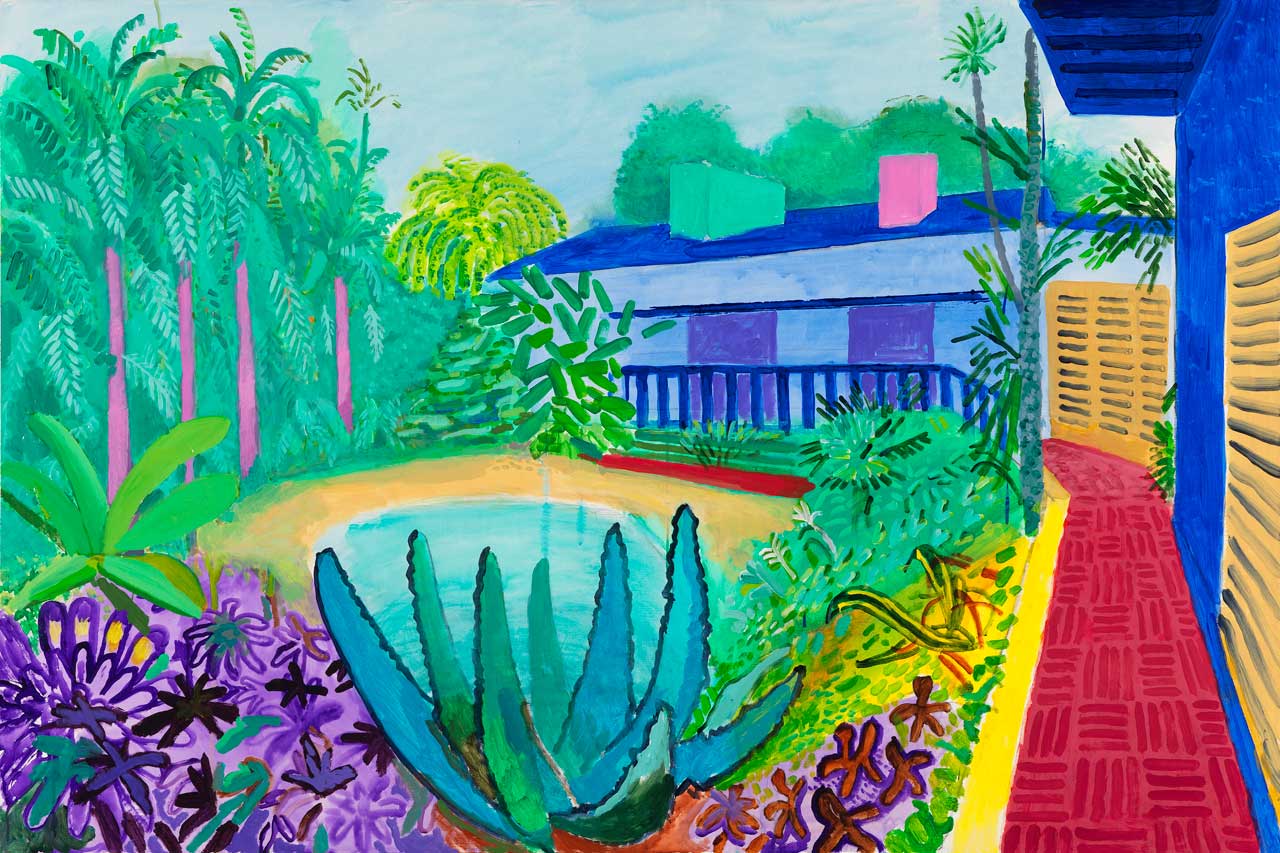 Hockney’s art is full of hope and sunshine. Critic Robert Hughes once described him as the “Cole Porter of contemporary art”, breezily optimistic. But “What’s the opposite? Gloom, doom?”, says Hockney. “Why would anyone want that?” By the 70s, however, Hockney’s work had taken on a more melancholic feel, and the lightness of those early Californian works became infused with despondency. Peter Schlesinger, his former pupil and long-term boyfriend, becomes a distant and morose figure in the astounding Portrait of an Artist (Pool with Two Figures). Standing on the edge of the pool, he stares down listlessly at the semi-naked swimmer—conspicuously fully-clothed.

Despite being only the second artist to have the honor of two Tate Retrospectives during his lifetime (the other being Francis Bacon), Hockney’s relationship with the Tate has not always been an easy one. In the late 70s he was incensed to discover that the then Director, Sir Norman Reid, had refused to buy his double-sized portrait of Gregory Evans diving into a swimming pool for a knockdown price. In response Hockney launched a bizarre investigation into their acquisitions policy, accusing them of a tendency towards abstraction.

So much of this vast exhibition is taken up with Hockney’s later works, the lurid colors of his Garden in Beverley Hills or the energized, veiny landscapes of the Yorkshire Wolds—although vivid and arresting, they lack the psychological thrill and that cool, effortless detail of his earlier works. Nearly all of the 250 works on display reveal his unparalleled draughtsmanship and his startling use of color—you must look, he always says, “until your eyes ache.” But perhaps more than anything his enduring popularity lies with his scant regard for his own legacy, he has always done what he wanted to do, espousing any trends to follow his own course. And as he said himself, walking around the newly completed installation, “I made some quite good pictures, didn’t I?”

“David Hockney” at Tate Britain will run from the 9th of February through to the 29th of May 2017.