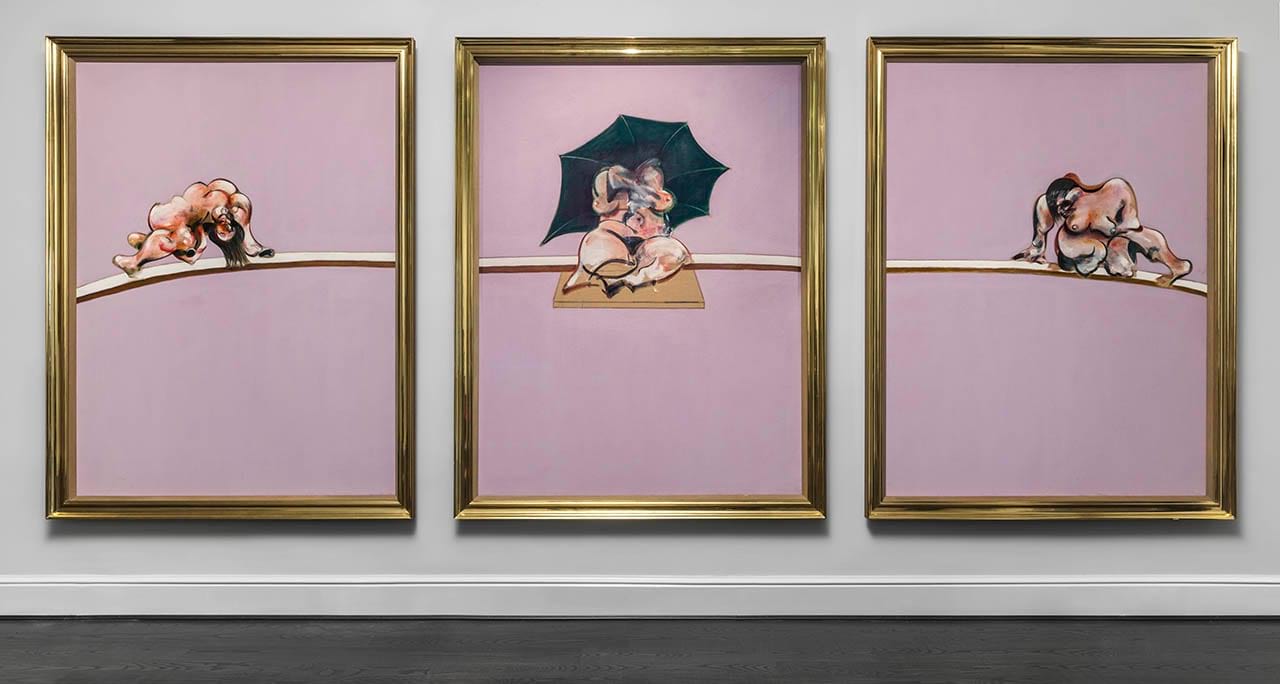 A Nanny, a Bartender and a Model: Francis Bacon’s Women

Throughout his life, Francis Bacon had several intensely turbulent, desperately tragic, and emotionally traumatic love affairs with men. Often involving violence, they were rooted in his unhealthy relationship with his father, who reportedly had him whipped by stable boys during his childhood when he discovered his son dressed in his mother’s underwear.

In contrast the women in Bacon’s life provided him with deep friendships based on mutual admiration and a stability that he never got from men. They came to be among his greatest muses—a fact which is currently being celebrated at an exhibition titled Bacon’s Women on display at Ordovas Gallery in New York.

Bacon’s fleshy, raw, and expressive body of work often depicts the troubled psychological landscapes of his relationships and the timeless sensations of heartbreak and horror. Embracing chance and accident, he would spontaneously paint without planning specific direction in the hope of allowing his unbridled feelings to surface on the canvas. In numerous famous interviews with British art critic David Sylvester, Bacon revealed how the fear and horror of his life impacted his work, but could never fully reflect it: “People say my paintings are violent, but a painting can never be as violent as life. Life is violent.”

Such violence was particularly pertinent in Bacon’s two most prevalent and long-lasting relationships, which both ended with the death of his partner. It happened first in 1962, when his boyfriend Peter Lacy died an alcohol-related death, news of which was tragically broken to Bacon in the days following his distinguished Tate exhibition. Lacy was psychopathic and sadistic, often taking his booze-fuelled rage out on Bacon—on one occasion he even threw the artist through a glass window, causing him a multitude of injuries. However, according to his friends and biographer John Richardson, such violence only made Bacon love Lacy more, testament to his dysfunctional notions of adoration and sadomasochistic desires.

Bacon’s most well-known lover was George Dyer. During his fraught relationship with the artist, the troubled former East End gang-member became increasingly alcohol-dependent and in 1971, just two days before Bacon’s huge retrospective at the Grand Palais in Paris, he committed suicide. Bacon immortalized Dyer’s suicide in his powerful Black Triptychs, which are among his most emotionally raw and deeply affected works.

Initiated by his close relationship with his childhood nanny, Jessie Lightfoot, the women Bacon surrounded himself with were distinctly more balanced. In the absence of a loving mother, young Bacon turned to his nanny and she remained a stable figure throughout his life. When he moved back to London in 1928, she moved with him, supporting him in his efforts to become a painter by vetting the men who responded to Bacon’s gentleman’s companion advertisement. When she died in 1951, Bacon was so heartbroken that he was forced to sell the London apartment which they had shared and where she had lived for the last 12 years of her life.

On his rise to fame, three further women would come to take centre stage in Bacon’s life—Henrietta Moraes, Muriel Belcher, and Isabel Rawsthorne. Each appearing repeatedly in his paintings, they provided the burgeoning artist with distinctly different types of support and enriched his life.

Indian-born Henrietta Moraes was Bacon’s most well-used female subject, featured in over 20 of his works from the 1960s. She had always planned to become Bacon’s muse, moving to London and explicitly seeking out the artist and his close friend Lucian Freud in bars that had become the centre of the city’s artistic world. Moraes was glamourous and at ease in front of the camera, something portrayed in the commissioned photographs John Deakin took of her. Bacon would then work from these photographs, never from a live model, preferring to “practice the injury” he was going to perform on his subjects in private.

Bacon was well-known for his love of drinking and debauchery, and his friendship with Muriel Belcher was born out of this. She was the owner of his favorite bar, the Colony Room in Soho, and would pay the artist £10 a week plus free drinks to invite new and wealthy patrons to her queer oasis. Unlike his other subjects, Belcher never posed nude for Bacon, preferring to capture her charisma and sharp wit through a distorted swirl of facial features and fiery reds.

The strong, energetic and confident Isabel Rawthorne was the closest Bacon ever got to a sexual relationship with a woman. Despite describing himself as “exclusively homosexual,” it appears he, like Alberto Giacometti, Georges Bataille and other important cultural figures, fell charm to her beauty. Their physical relationship of course did not work, but the two remained close friends and she appeared several times in his paintings, often in a Picasso-inspired manner or morphed into the head of a bull (as is shown in Study for Head of Isabel Rawthorne.)

Through his paintings of women, Bacon sought to capture the essence and personality of his subjects beneath their sensual or hardened exteriors. This often involved androgenizing their bodies by utilizing a few defining features and an expressive application of brushstroke and color.

Bacon’s Triptych – Studies of the Human Body perhaps epitomizes most accurately his interest in the female body and his blurring with the male form. The stunning work, included in the Bacon’s Women exhibition, borrows references from classical mythology as well as adaptions of figures from Picasso’s 1934 work, Female Nude in a Garden. Feminizing the Belvedere Torso and Carvaggio’s Narcissus by applying breasts to their bodies, Bacon used the work to reflect on the similarities between the female and male body. On the right panel he even adds his own self-portrait to the head, inserting himself into this narrative and perhaps reflecting the likeness he felt to the women he surrounded himself with.

Bacon’s Women is on display at Ordovas Gallery in New York until January 11, 2019. 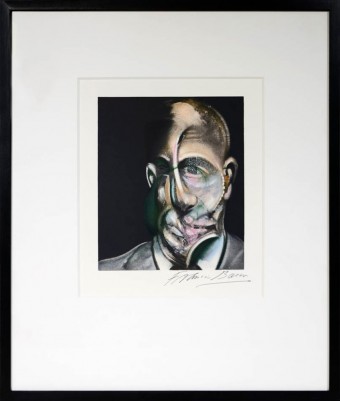 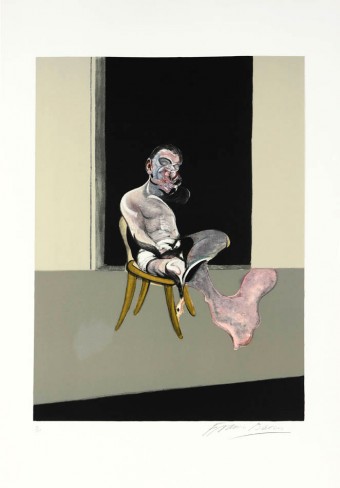