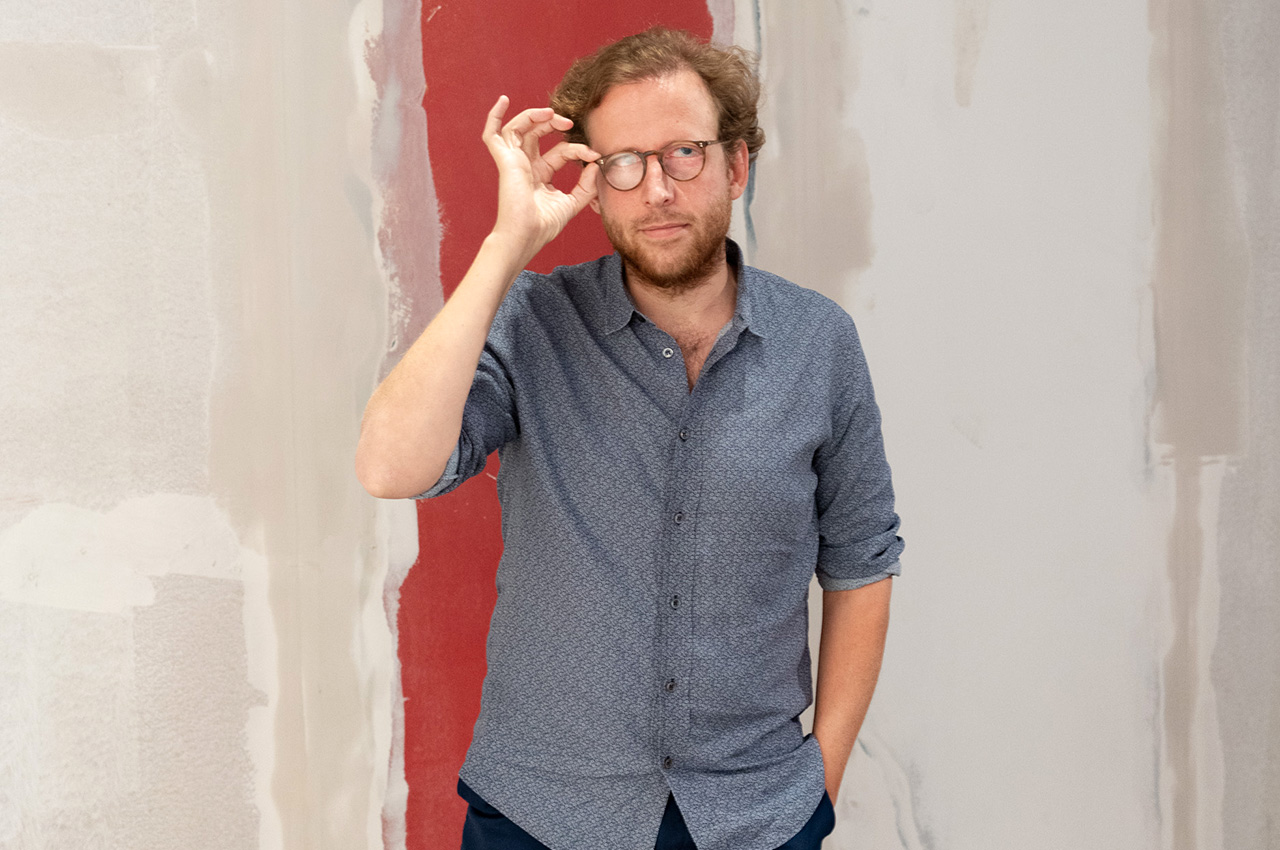 Entering St Agnes, the monumental converted church that houses the twin Berlin spaces of König Galerie, it’s hard to imagine that Johann König was once so up to his neck in debt that he nearly packed it all in. Unable to pay his rent and having already borrowed a chunk of money from his family, he commissioned what he thought would be a final artwork without the ability to pay for it.

He recounts the story to me now in the gallery showroom – he “has no office” – surrounded by a small army of gallery workers and beneath a vivid red and gold artwork by Jorinde Voigt. “You should not do that, make a commitment you can’t keep. But if I was to go under then go down with trumpets.” The work in question, 360 Perspective by Jeppe Hein became his breakthrough work selling each of its three editions and paying off his debts. “I was very lucky because it was a coincidence”, he chuckles, still amazed to have made it so far.

Since then König has never looked back. Building up an ambitiously diverse gallery program and becoming one of Berlin’s (if not Germany’s) most high-profile gallery owners. Right from the beginning he found he was a natural fit for the energetic bluster of a successful gallerist. At his first art fair he readily told everyone within earshot of his sales – padding eagerly round the booth in his smart blue suit and Off-Whites. With a mix of enterprise and grandiosity he has propelled the careers of his young artists, often pushing them to pursue museum-scale exhibitions. And, along the way, doing much to turn Berlin’s slightly disheveled scene into a major art world destination.

But despite being born into a prestigious art-world family – his father is the curator Kasper König and his uncle is art publisher Walther König – his route into the trade was impacted by the effects of an horrendous accident when he was just 12 years old. Playing in his family bedroom with fishing weights and gunpowder from a starter pistol, he caused an explosion that severely damaged his eyes and hand.

In the first part of his recently released autobiography, Blinder Galerist, he writes about the torment of spending a large part of his childhood bedridden and listening to audiotapes on what he describes as an “Operations marathon”. He was classified 98% blind and reported only being able to see a “dark rusty brown, a mixture of red, brown and black” although never just black as everyone imagines. 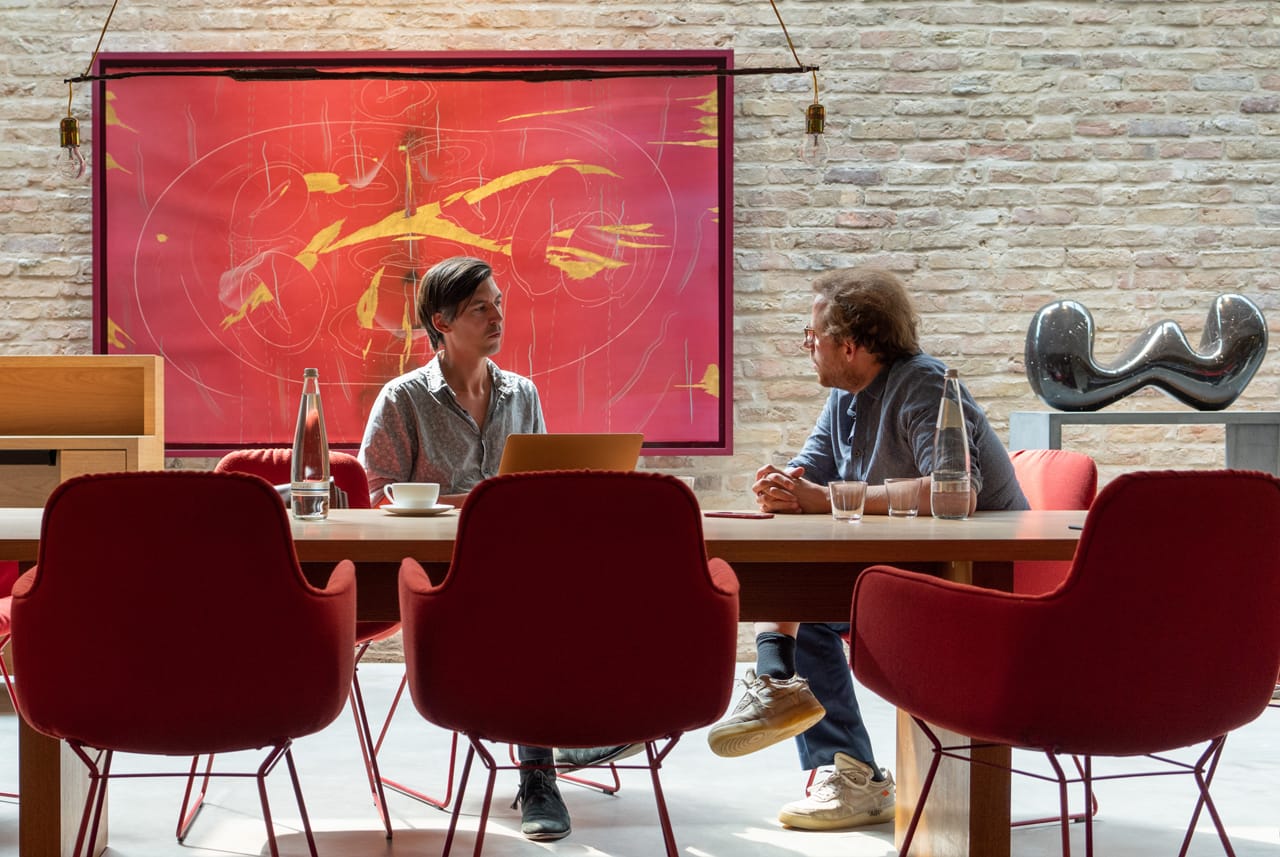 After finishing his studies at a school for the blind he writes that for “people like me, who did not get great grades, choices were limited to becoming a masseuse or a basket-weaver.” But then in 2001, aged just 21, he skipped college and against the wishes of his parents, borrowed €20,000 from his uncle and started a gallery in Berlin.

The stories of his early attempts at art dealing are honest and hugely entertaining. Labelling himself as a “chubby, glasses wearing” kid trying to make it into the gallery scene, he experiences the unpleasant competitive nature of the trade. Where older influential dealers exert aggressive control over their artists, blocking deals even to their own detriment. 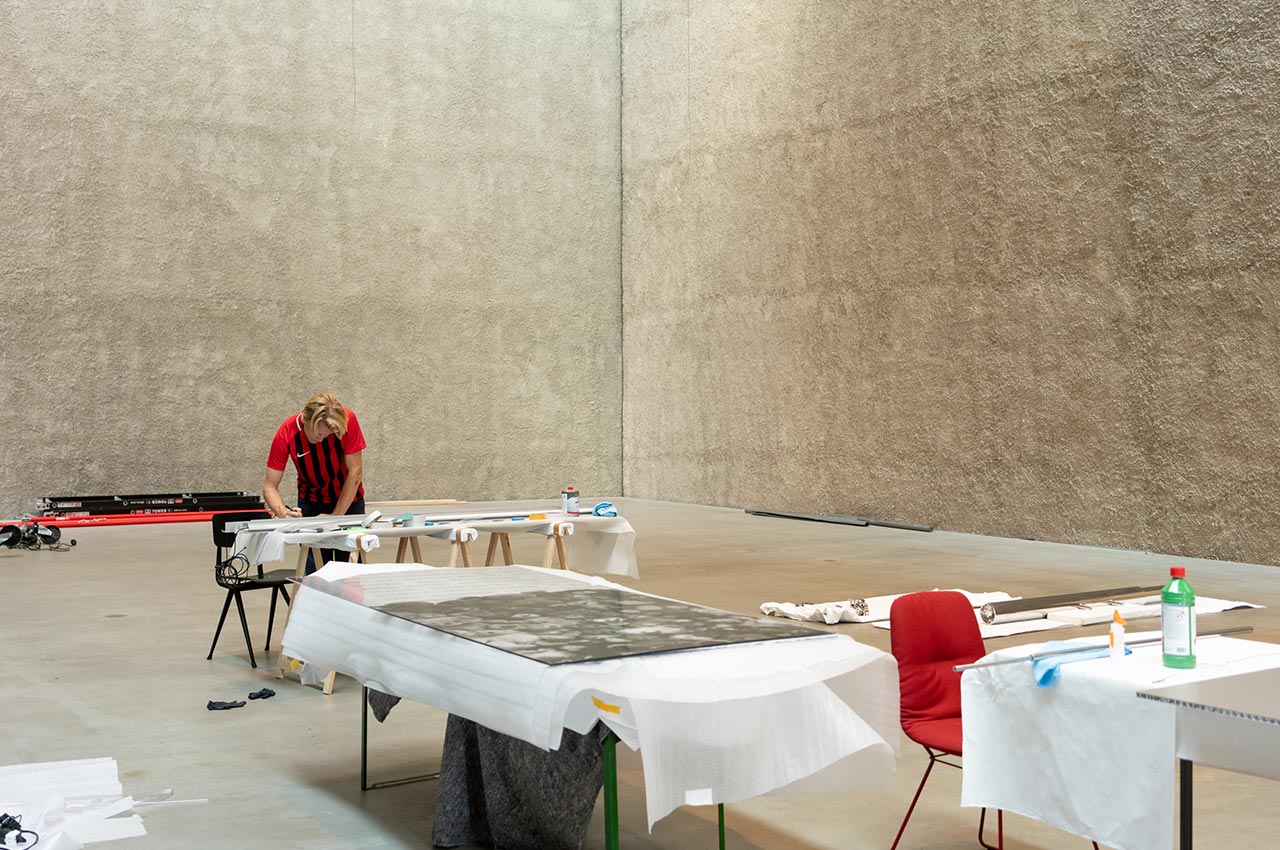 It is this behaviour that König has tried to distance himself from: “Everything is led by the interest of the artist. It is why I am happy to cater Katharina Grosse to Gagosian. If it is a big profit to the artist it is most likely a big profit to me.” But it is a policy not without risks: we lost “Jordan Wolfson to David Zwirner Gallery”. An incident he writes about in his book as being akin to the loss of a “close friend.”

He is not however, the type to look back for long. The main emphasis of the gallery has always been to “discover and build up” young artists. He first encountered Alijca Kwade at her UdK degree show. He bought a work and kept a close eye on her. Before long they began working together and he invested heavily in her development. The gamble paid off. This year saw the unveiling of her rooftop commission at the Metropolitan Museum of Art in New York. 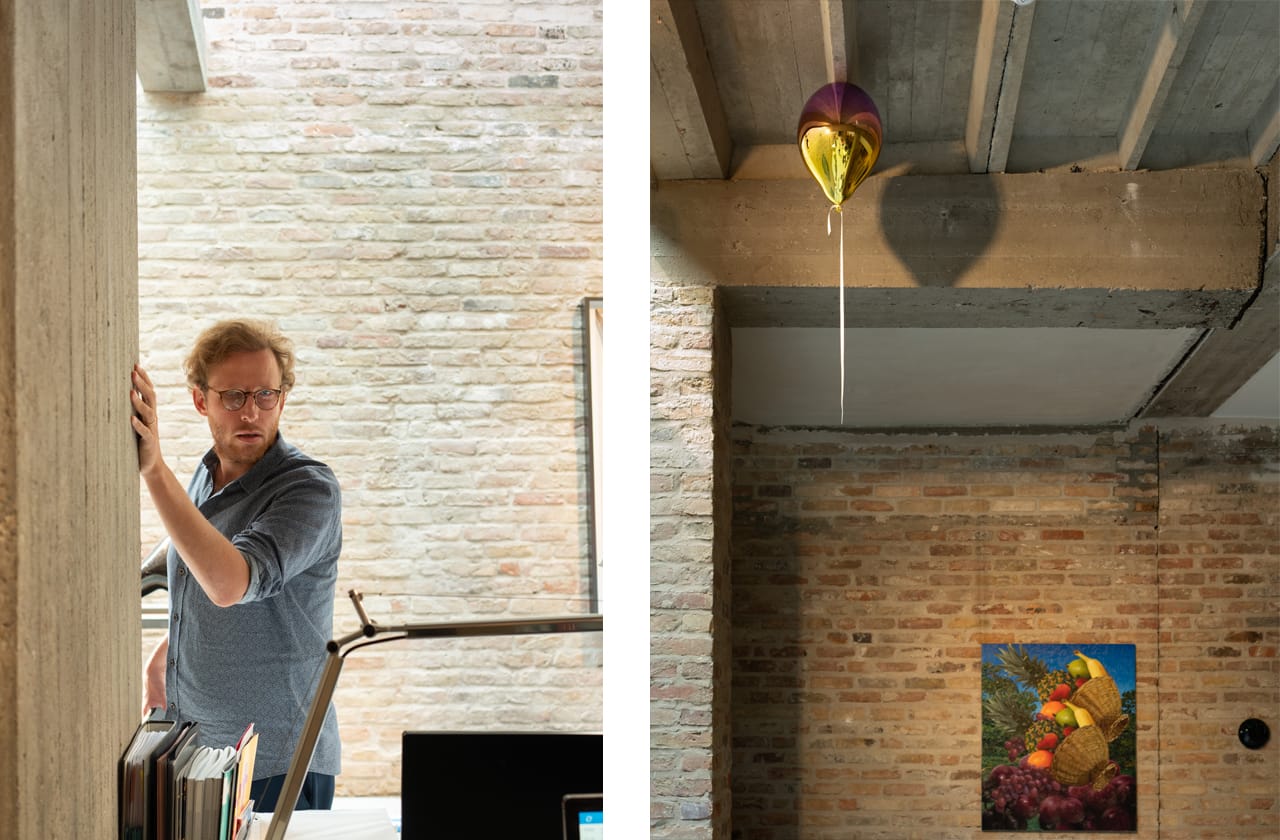 In 2009, König’s eyesight was significantly improved following a pioneering cornea transplant. The passages in the book that deals with the almost instantaneous return of his sight are a joy to read, especially those that deal with his mixed impressions of his first post-Op art fair. To him the return of his eyesight was like being gifted a superpower, putting the scale and speed of his achievements into perspective. He plays this down however, “I started so early it’s been 16 years and I have not done anything else my whole adult life.”

Right at the beginning he realised that for a gallery to survive there is a relentless and “permanent need for growth”, and few things so significantly influenced the fortunes of König Galerie than moving its main operation into the former Kreuzberg church St Agnes in 2015. The imposing Brutalist building quickly became a beacon for a young, fashion-conscious crowd increasingly drawn to art that appears to lie beyond the mainstream. Before its opening he and his wife Lena found themselves millions of euros over budget and years behind schedule. Did he enjoy the process? “It was a horror, but it’s satisfying. If you have an emotional connection it makes it so painful. The details are so crucial, like a piece of your body.”

Would he do it again? “Oh yeah I would like to. Once it’s done you have achieved something that was not there before. It is like an addiction.” In the weeks after the Brexit vote they opened a basement space in London and are opening a space in Tokyo – but “it is not so high on the priority list, I still would like to open a café here in the gallery”. With its Sunday openings and its own Souvenir gift shop, you feel a König cafe would make its conversion into a museum complete.

The current exhibition at St Agnes is being curated by his father, Kasper König – their changing relationship and his father’s bookish, eccentric behaviour is charmingly played out in the autobiography. Despite following him into the art world König took little notice of his father’s early recommendations: “He wanted me to show small work, but it was not something that was getting the gallery anywhere. Who cares about small, unrisky work. It creates no excitement.”

Hearing such a statement it is perhaps a shame that he never became an artist – a career he confesses to having seriously contemplated in his early twenties. He is an articulate and engaging speaker, with artists names and references bursting out of him. Even so he is not the easiest man to interview, if he’s not distracted by something on his phone he’s grasping at the cuffs of passing assistants to issue instructions in quick-fire German. Right now, his thoughts are consumed by the possibilities of a new TV series in which a successful gallerist loses his eyesight. It is an intriguing prospect, one that would be an inversion of König’s own experience. He has been approached about being a consultant.

It will no doubt raise his profile even further and I ask him about his goals, where he would like to see himself in the future. He tells me that his one “real aim is to get people into art… I want to share this gratitude to spending time with art and looking at art.” It feels a fairly well-trodden sentence, one that manages to both encapsulate and downplay the significant contribution he has made so far.