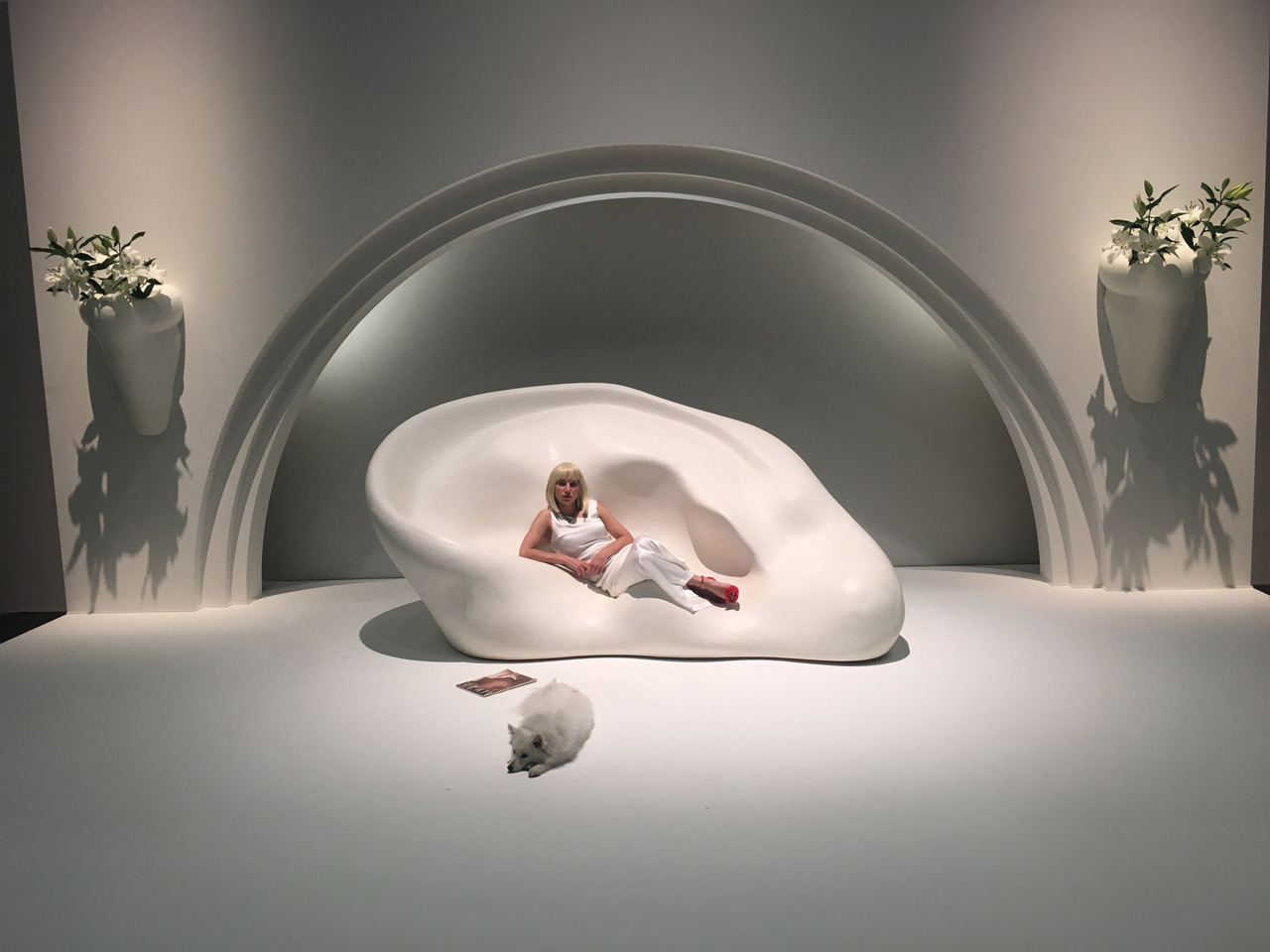 John Baldessari, who celebrates his 86th birthday this Saturday, is a force to be reckoned with. It’s no surprise to find him prominently featured at Art Basel this year in the coveted Unlimited section. As expected from Baldessari it’s a bizarre scene, in which ordinarily neglected body parts are given splendidly absurd new roles. Two models, one a woman, one a dog, will spend the next four days lounging around in the surreal, and accurately entitled tableau vivant Ear Sofa; Nose Sconces with Flowers (in Stage Setting).

While installations can be notoriously draining experiences (especially at art fairs, where time is precious), Baldessari’s is refreshingly witty and energizing. The seemingly tranquil arrangement invites a lingering smile upon revealing itself to in fact be two upturned noses sprouting plants and a giant ear enveloping a long-legged blonde.

What do we make of the ear sofa and the nose sconces? For several years now, Baldessari has been fascinated with recontextualizing unglorified body parts. In doing so, he engages in two complex discourses simultaneously. He investigates the ways we find meaning from images and words, and the ease with which we can be guided, manipulated and disoriented, oblivious to the bigger picture. The power of context in shaping meaning leads to the question if art is a calculated manipulation of existing visual codes and norms, inspired creativity, or perhaps, at its best, the meeting of the two.

Baldessari began his career with gestural paintings, which he then ceremoniously set fire to in 1970, baking the ashes into cookies, before dedicating himself to the conceptual possibilities of text and images. His interest in semantics led to a series of paintings that consisted merely of found text extracts and word-plays. He treats found images in the same way, generating new meanings from unexpected crudely confrontational juxtapositions. Collaging materials together, whether through photomontage, painting, printmaking or installation, has been at the core of his oeuvre for the past 50 years. 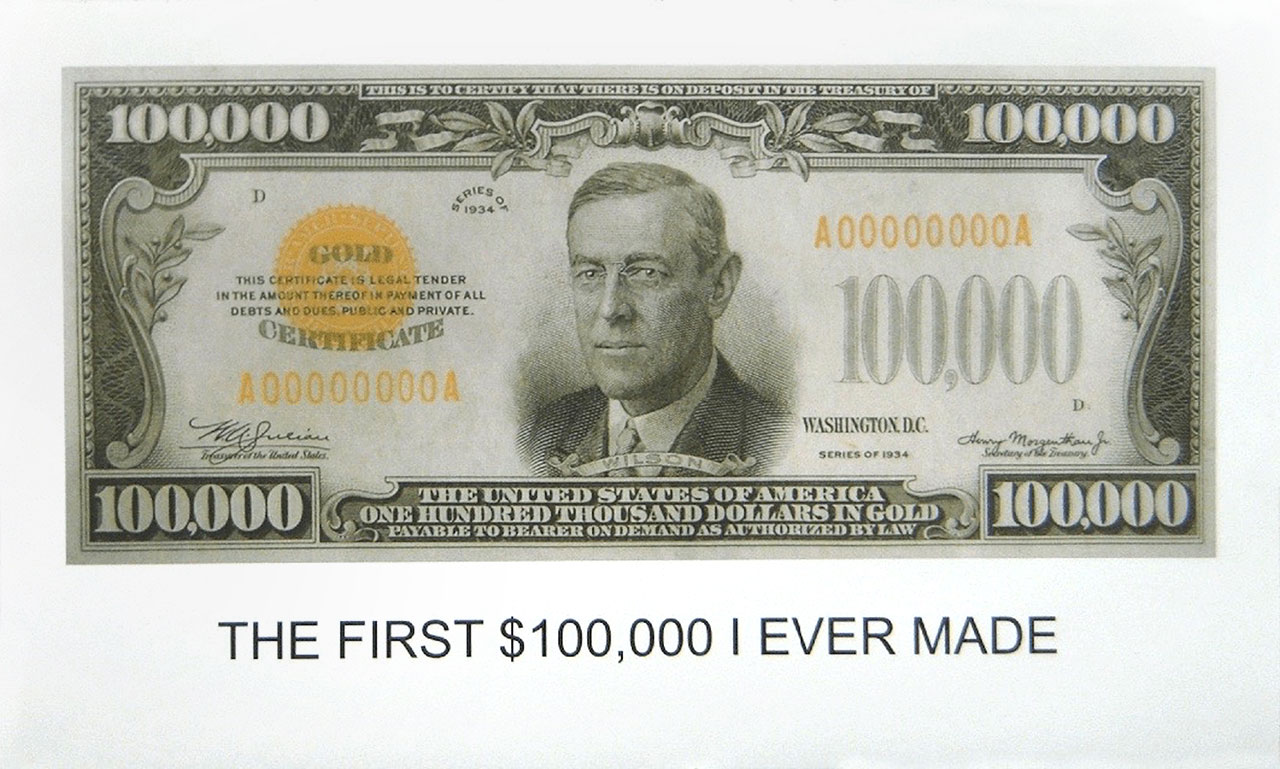 His visual language has certainly mellowed over the years, and is at its most lustrous yet at this year’s Art Basel. We are pleased to see though, that the dry humor, despite the complex ideas at play, is as punchy as ever. 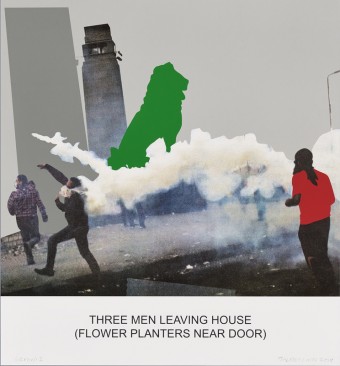 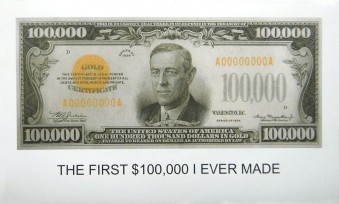 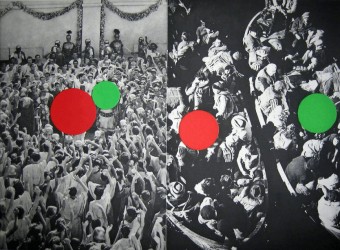