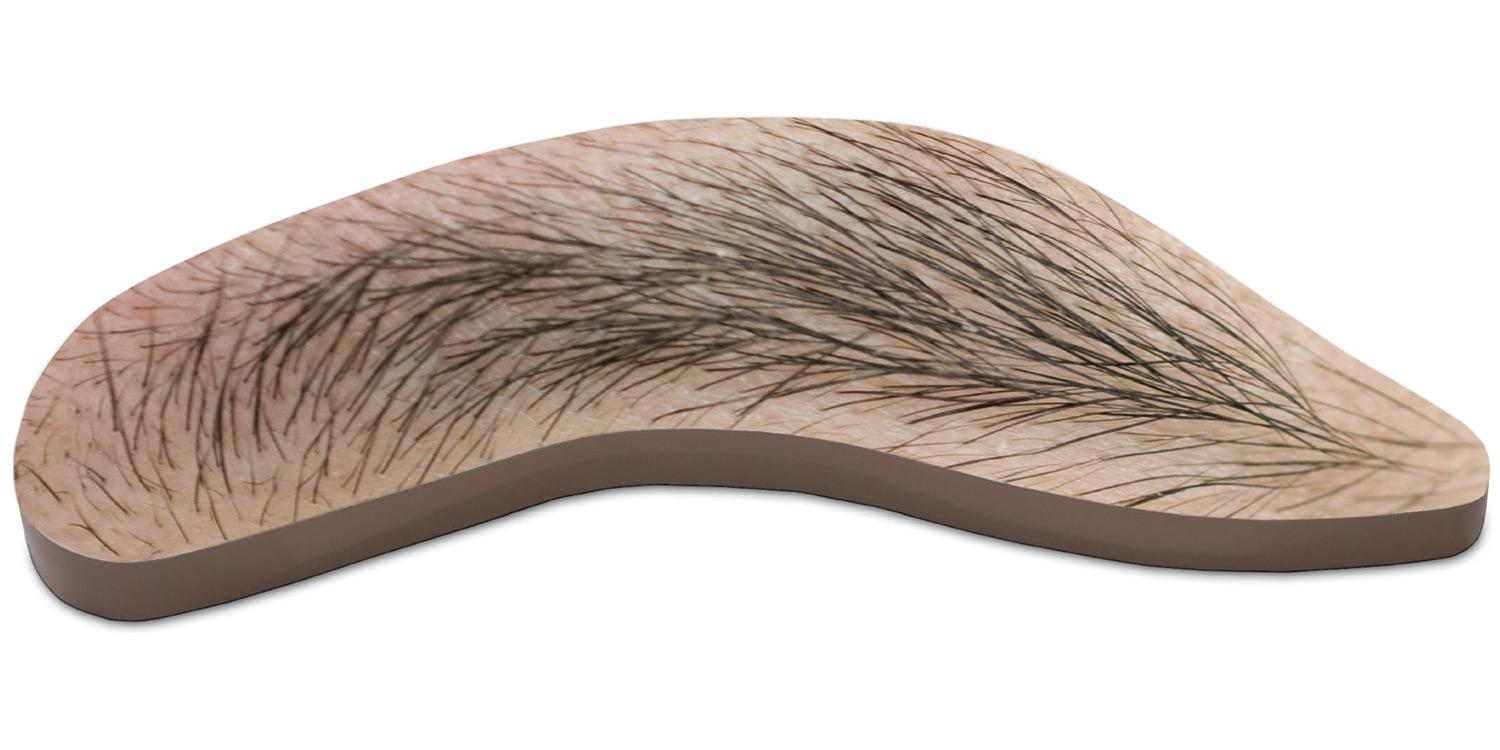 "At night, you will have a blinking light (I want it to look like a winking eye) and in the exterior, you'll have an eyebrow over the window. Because, you know, the Viennese architect Alfred Loos said that he wanted to get rid of eyebrows from windows. Aesthetically, I always look for the weak link in the chain and, rather than glorify Mies van der Rohe—he's had enough glorification—I just thought I would poke a little fun at him and do a reverse Mies van der Rohe." –John Baldessari

Baldessari's Eyebrow (2009) truly encapsulates what he stands for; namely taking the art world with a pinch of salt. The very large and hairy eyebrow is placed above the door, giving the entryway a human characteristic. The anthropomorphism brings humour into the white cube, Baldessari thereby bringing a smile to even the most serious art observer. All must be done to avoid art boredom!

Taking objects or phrases out of their original context allows for new interpretations and ideally highlights certain art world platitudes and clichés. Baldessari's early works were painted phrases derived from contemporary art theory, painted by sign painters in a standard font often used on signs, thereby changing the 'accessibilty' of these texts. The fact that not he himself painted these signs also reinforces his belief that the artwork should be able to be reproduced without the presence of the artist. Appropriation questions the role of the artist and although, yet again, a much discussed topic at the moment (read: Richard Prince), Baldessari was definitely one of the pioneers of American conceptual art theory, motivated to break with conventions by rethinking how the viewer sees and reads imagery.

Art can be fun! and Baldessari's work is proof thereof. Not always having to read multiple meanings into an artwork and simply seeing it as 'poking fun' has something so refreshing about it. By taking Loos's statement seriously and placing a human eyebrow above a window or a door shows us, the 'art crowd', how silly or stuffy we can be and sometimes even, aim to be… With his multiples, endearingly called his 'cheap line', Baldissari allows even the 'amateur' to take part in a world that may seem inaccessible or too exclusive to many. He is rewriting the rules of the art world, not only for himself, but also for the many viewers touched by his drive to question conventions and break the rules.

One may argue that his works are worth well in the millions and thereby not accessible to the masses, but one cannot deny that the multiple, that which Baldessari has purposely made for the masses, is still very much in financial reach of the aspiring art collector. By creating his multiples, Baldessari highlights the absurdity of the art market and remains the pioneer he naturally became by posing the right questions purposely at the wrong times.

This artwork is available on fineartmultiple— buy it now!