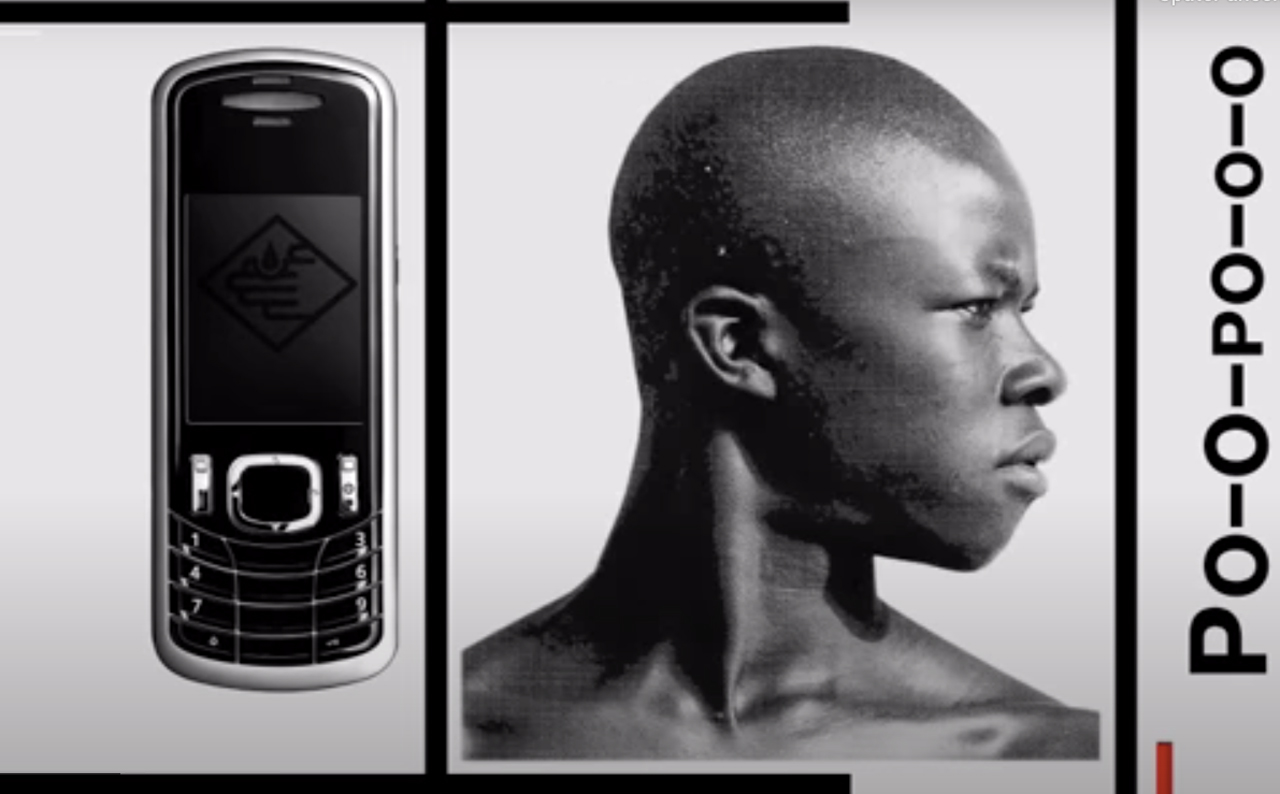 An interpretation of László Moholy-Nagy’s Dynamic of the Big City.
Exhibition — 1 year ago

Eight months since the start of lockdown we “have lost so much”, says Walter Lenertz, the artist and curator behind “In Absentia”, a new exhibition about to open at the Kunsthalle Koidl. During lockdown “with everything locked up, it was like our lives were on hold and we still do not yet know how much we’ve lost,” he shrugs as he speaks, knowing full well that the end of the pandemic is nowhere near in sight.

His exhibition opening on Monday the 7th of September, is named after a black and white film work by the American-born animation artists, the Brothers Quay. Focusing on the pitiful story of Emma Hauck, who, after being diagnosed with dementia praecox and incarcerated, wrote obsessively to her long-absent husband. The surviving letters are completely illegible and made all the more indecipherable by being continually overwritten, layer upon layer of dense pencil written characters. With music provided by the composer Karlheinz Stockhausern, the film is a short and claustrophobic journey into the depths of psychosis. What’s remarkable, however, is how it conveys the dreadful poignancy of her situation, that need to communicate even when the mechanism to do so has disappeared. 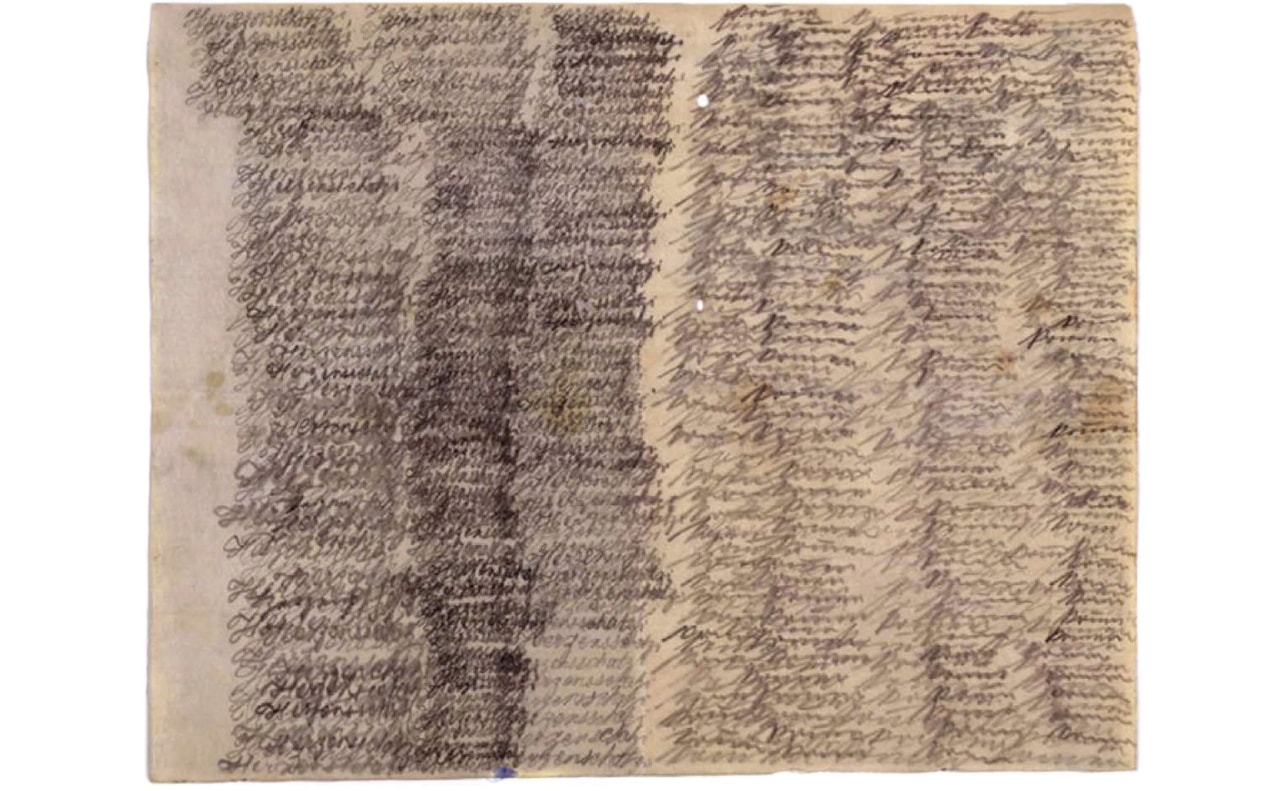 Did Lenertz relate to those feelings during lockdown, the frustration of having so much to say but without an outlet to articulate it? “Certainly”, he tells me, “but for the first few weeks I couldn’t concentrate, I was totally incapable of doing any work”. Locked up at home, he missed the interaction with his students at the Universität der Künste and found himself ruminating on the political cracks being exposed and exasperated by the pandemic. “For months, I saw no friends and didn’t even see with my twenty year old daughter” he tells me, visibly relieved that this period is at least (for now) over with.

That sense of dependence and longing has informed the idea behind the show which echoes Jan Hoet’s legendary 1986 exhibition, “Chambres d’Amis”, in which the Belgian-born curator exhibited work from European and American artists in 60 contrasting private homes around Ghent. For this contemporary exhibition however, Lenertz inverted the concept by only chosing “artists who are friends of mine”, seeing this as a chance to make up for everything we’ve all been missing. This explains the inclusion of such a varied roster of artists including works by Wolfgang Petrick, a long term collaborator of Lenertz, and artists like Dieter Appelt who Lenertz assisted for many years. Appelt’s photographic work Listening to the Edge of the Forest, hangs in isolation near the entrance to the Kunsthalle, it’s a unsettling, disorientating work, that tells of something that cannot be perceived directly, only sensed through the work's repeated abstraction.

As head of the film and video department at the UDK, it has been difficult for Lenertz to witness the near complete “takeover of digital” over the past few months. Zoom meetings, digital memes and videos have become the main modes of communication, and with that has come a loss of a more “genuine, human feel that comes from analogue” – everything now “can’t be grabbed or touched, it’s all in the cloud”. That dichotomy lends tension to the exhibition which interplays the colder, techy, more archival elements with the “wild painting” of large format paintings by the likes of Rebecca Raue and to a certain extent Thomas Zipp.

Further inspiration for the exhibition appears to stem from the Kunsthalle Koidl itself: “Everyday”, for ten years, Lenertz, who lives nearby in Charlottenburg, “has walked past the Kunsthalle and seen this Bauhaus marvel. And I’ve always wanted to put up an exhibition here.” After the lockdown that’s finally been allowed to happen. Paradoxically, I ask him, “if it was not for the pandemic and the alterations into our way of life, this exhibition might never have got off the ground? Sure, “that’s totally true.” And quoting the press statement, “The only economy that really works in times of pandemic is an economy of friendship.” A strangely tender statement that sums up the optimisim that lies at the heart of “In Absentia”, despite the uncertainty of what may lie ahead. 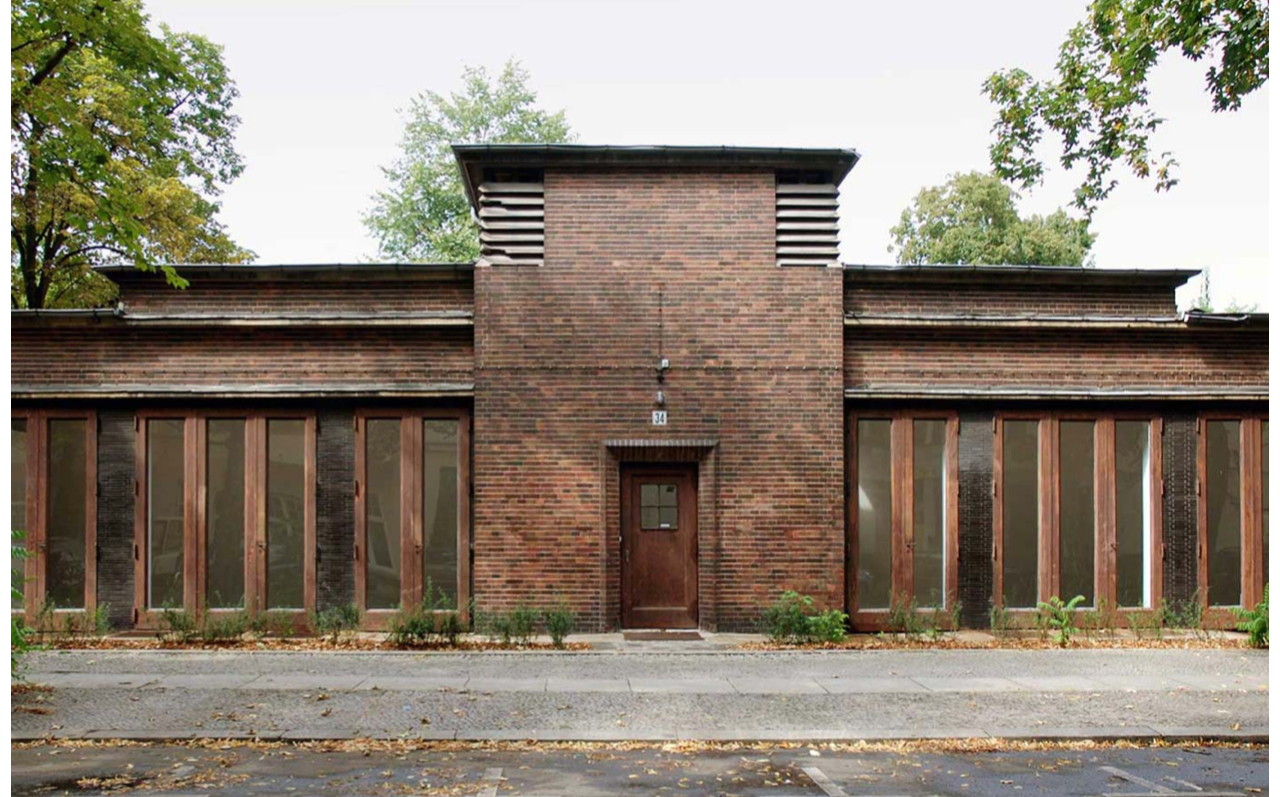