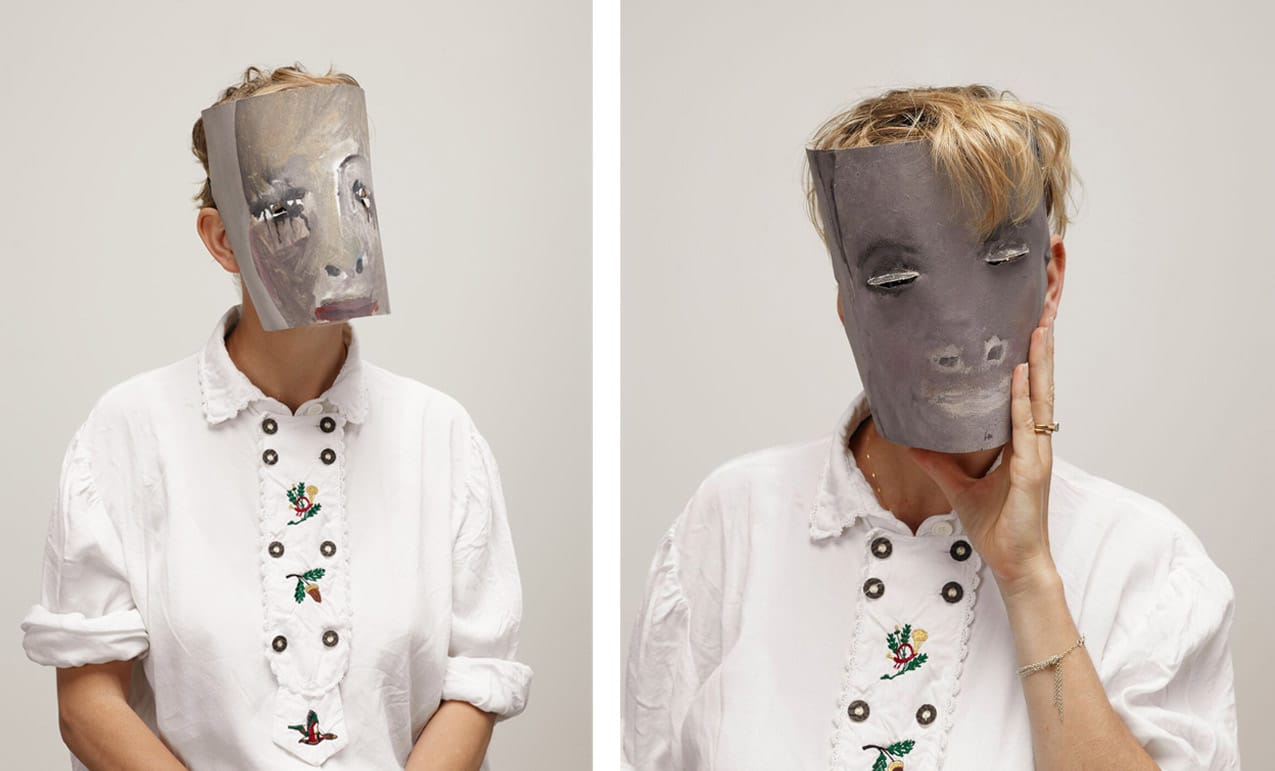 Mistranslations, A Lost Grandfather and Tea Bags: The Multimedia Work of Laure Prouvost

Turner Prize-winning French artist Laure Prouvost uses mixed-media installations, immersive films and intricate tapestries to tangle our imaginations with reality. Her work is all about disturbing expectations and employs a mixture of misused words and bizarre narratives in order to absorb spectators in a world of sensory exploration. “I play with the idea of being whisked away to places which you maybe can’t come back from.”

Often using characters that she borrows from her everyday life, Laure Prouvost is an expert story-teller who constructs constantly shifting environments where the truth is not important. Her multi-disciplinary practice and distinctively captivating exhibitions and films have seen her achieve much acclaim throughout her career which began when she was a student at Goldsmiths and Central Saint Martins in London. Recent highly celebrated solo exhibitions such as her show at the Palais de Tokyo in Paris have seen her popularity soar and it was announced in May that next year she will become the third woman ever to represent France at the Venice Biennale.

Language or rather often the misuse of language is central to Prouvost’s multimedia practice. As a Frenchwoman who has built her career in England, a lot of her work is centered on mistranslations and she slips between idioms from the two contexts that have dominated her life. She describes herself as bad at English, but also bad at French and frequently makes use of words incorrectly or that don’t exist. The resulting text is often riddle-like—phrases that like her exhibitions force her viewers to feel as if they are losing their grip on reality.

Laure Prouvost’s mysterious artist grandfather is the principal figure in some of her most celebrated works, including her Turner Prize-winning installation Wantee which uses a replica of her grandparent’s living room to re-tell his strange story. After starting to dig a hole from his home in North London all the way to Africa as part of a performance piece, Prouvost’s unnamed grandfather allegedly disappeared underground in 1988. Since then he has apparently resurfaced but has recently been lost once again—to the utter dismay of his family and wife.

Prouvost’s work has since become focused on trying to find him. Central to her acclaimed Wantee installation was a home-movie style film that depicted her eccentric grandfather and his apparent close relationship to the late German Dada artist Kurt Schwitters. It is from Schwitters that the installation also got its name, taking inspiration from his girlfriend, Edith Thomas, who used to ask visitors if they wanted tea so much that Schwitters nicknamed her Wantee.

Burrow Me, Prouvost’s 2015 exhibiton at Rupert—an arts center in Lithuania—follows on from Wantee. During this show Prouvost equipped visitors with shovels and invited them to help find her lost grandfather by digging through the earth. In an attempt to retain the blurred boundaries between the real and the imagined that pervades much of her work, Prouvost remains purposely evasive about the reality of this unusual story. When asked whether her grandfather was really lost underground in an interview she explained: “What is the difference between fiction and reality? And who cares anyway? It’s up to you. Do you want to believe? Wouldn’t you like to believe?”

Laure Prouvost’s current multimedia exhibition Ring, Sing and Drink for Trespassing, on display at the Palais de Tokyo is similarly ambiguous, constructing a space where nature has taken over from humanity in order to address issues of global warming. Her first solo show in the French capital, it features an abandoned biological laboratory and a fountain made of boobs—a demonstration of Prouvost’s consistent dedication to defying expectations and blurring boundaries. Like with her other installations and her stories, this exhibition invites escapism and encourages a child-like sense of belief by submerging spectators into a seamlessly constructed fantasy world. Her work is both intimate and inclusive, filled with fantasies of her artist grandfather and imagined objects. She remains dedicated to upholding the drama of her worlds and lost grandfather, even suggesting that she will spend her Turner Prize money building a VIP center for him when he re-surfaces.

Laure Prouvost: Ring, Sing and Drink for Trespassing is on display at the Palais de Tokyo, Paris until September 9, 2018.

Laure Prouvost: They Are Waiting for You is on display at the The Bass, Miami until September 2, 2018. 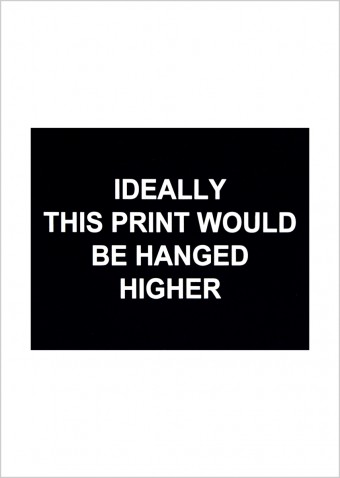 Laure Prouvost
Ideally this print would be hanged higher, 2016 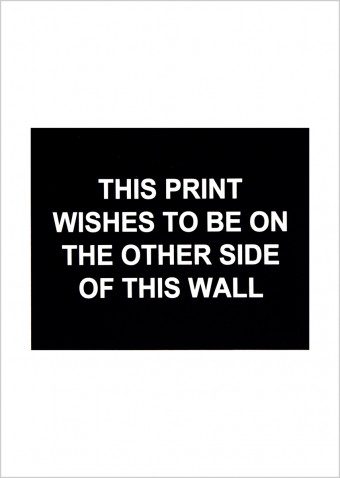 Laure Prouvost
This print wishes to be on the other side of this wall, 2016