NFTs to be seen on the digital art platform, Dahai.
One month ago

With the recent market decimation of crypto currencies, there is now widespread concern that it will have a knock on effect on NFTs and cause the market to plunge. To anyone following this fledgling digital art market, that shouldn’t come as so much of a surprise – most NFTs (non-fungible tokens) have become vacuous commodities, with often the most interesting point about them being how much someone is willing to pay for them.

Nowhere is that more aptly demonstrated than in the recent spate of celebrity NFT releases by the likes of Gwyneth Paltrow, Serena Williams, Tony Hawk, and even rapper Snoop Dogg. His NFT drop, “A Journey with the Dogg”, is a perfect mix of celebrity endorsement and artistic desolation – culminating in a manic bout of financial speculation. Featuring a new track called “NFT”, and a selection of NFT artworks centered around Snoop’s early memories, he somehow managed to rake in hundreds of thousands of dollars.

With their lack of critical engagement and ability to mesh hype with easy money, aesthetic traditionalists have been quick to write off NFTs off as short-lived and mostly vulgar works of computer art. And in many cases they are right. How else can you explain the rampant success of the digital art collective known as the Bored Ape Yacht Club? A series of works – numbering in their thousands – of programmatically generated drawings of punky primates. In 2021, Bored Ape, a quartet of unknown cryptocurrency enthusiasts, sold an NFT of a gold-furred Bored Ape (therefore rare), at Sotheby’s for a staggering $3.4 million.

Are NFTs nothing more than a flex, a way for the rich and digitally savvy to show off their wealth? Or do they have they cultural validity. It is a question, many would claim, that could also be directed at the contemporary art market. The only real difference being that instead of dipping into their cash reserves collector’s are paying with Etherium.

But it is exactly that link to crypto currencies that casts a shady shadow over NFTs, provoking many to dismiss them as nothing more than a speculative bubble. Similar to a Ponzi scheme in the manner they exploit the public whose main drive is to get in early to make a profit as other buyers jump in behind them. And then of course there is the question of regulation. The NFTs market is the wild west, a vast new untapped market that has none of the systems in place to critically evaluate the work. 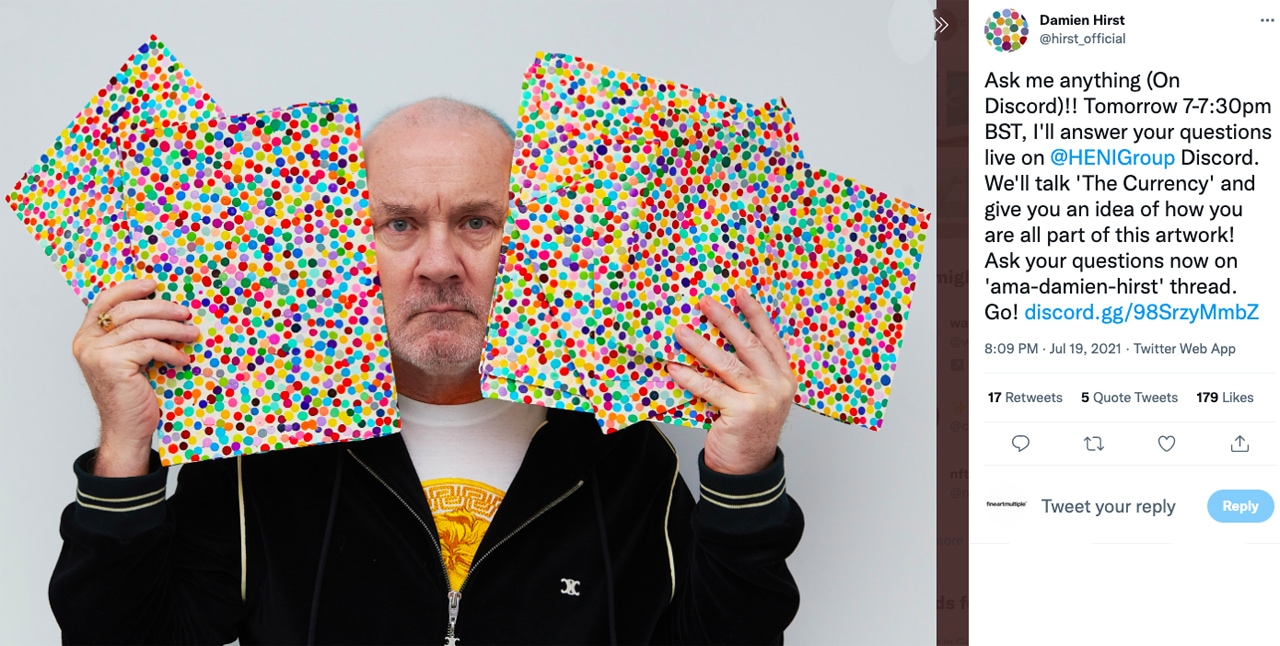 As Georgina Adam observed in The Art Newspaper, the traditional art world, has a “whole structure that endorses art: scholars, curators, museums, collectors, critics and art galleries”. But the speed with which the market for NFTs has grown, has not allowed for a system of endorsement to work out what is good and what is not.

Of course there are some exceptions. König Galerie, an highly regarded international gallery boasting Alicja Kwade and Katharine Grosse on its roster, has opened MISA art, a curated platform that aims to provide a full service art market package with primary and secondary market sales, and “24 Hour limited edition and NFT drops.”

It amounts to a frenetic sequence of releases as the gallery has to constant find new work to produce for its next artist drop. But does such a comprehensive embrace of the digital art commercialisation become harmful to the gallery’s well established name?  Tainting its (brand) and running the risk of turning it into online equivalent of a middling art fair?

At least the quality of their artwork is of a high standard, which can't be said for the rest of the NFT market. Right now the most popular NFTs tend to be cartoonish, bright and seemingly mass-produced. It does not mean they will stay that way. Major artists have gotten involved such as Daniel Arsham and Damien Hirst who launched The Currency last year – a series of NFTs corresponding to 10,000 spot paintings, which could either traded for a physical piece or remain in digital form. On initial release it  made the artist $19 million and resales are bringing in further profits to the British artist. It “goes up and down” says the artist, “It’s like being in a cult, and I’m the cult leader.”

Many other artists are finding inventive ways to play with the conceptual possibilities of this new art form. Swedish artist Jonas Lund, who created an NFT that required that whoever bought it give five percent of their annual income to charities and good causes. If the buyer fails to do this, then NFT has been programmed to immediately self-destruct.

On Dahai, a platform that runs on the carbon neutral Algorand blockchain instead of Etherium – whose yearly electrical consumption is equivalent to a country the size of Hungary – they are bringing an intriguing unification of the physical and digital. Allowing collectors to trade art with a digital token of the physical (asset-backed) artwork to massively cut down on shipping emissions and costs.

That union of the digital and physical world might be an insight into the future. As for now, it was always going to take a while for this strange unification of artists and tech nerds to settle down. As of last week, the digital art industry was reportedly worth around $38 billion, that’s just 20 per cent less than the traditional art market at $50 billion. With such growth it’s possible that it will quickly move away from overpriced cartoon monkeys and other digital collectibles into something with sustainable and with far more aesthetic value. Change is afoot and just maybe the rise of NFTs will find a way to untether from the fate that's befallen crypto currencies.