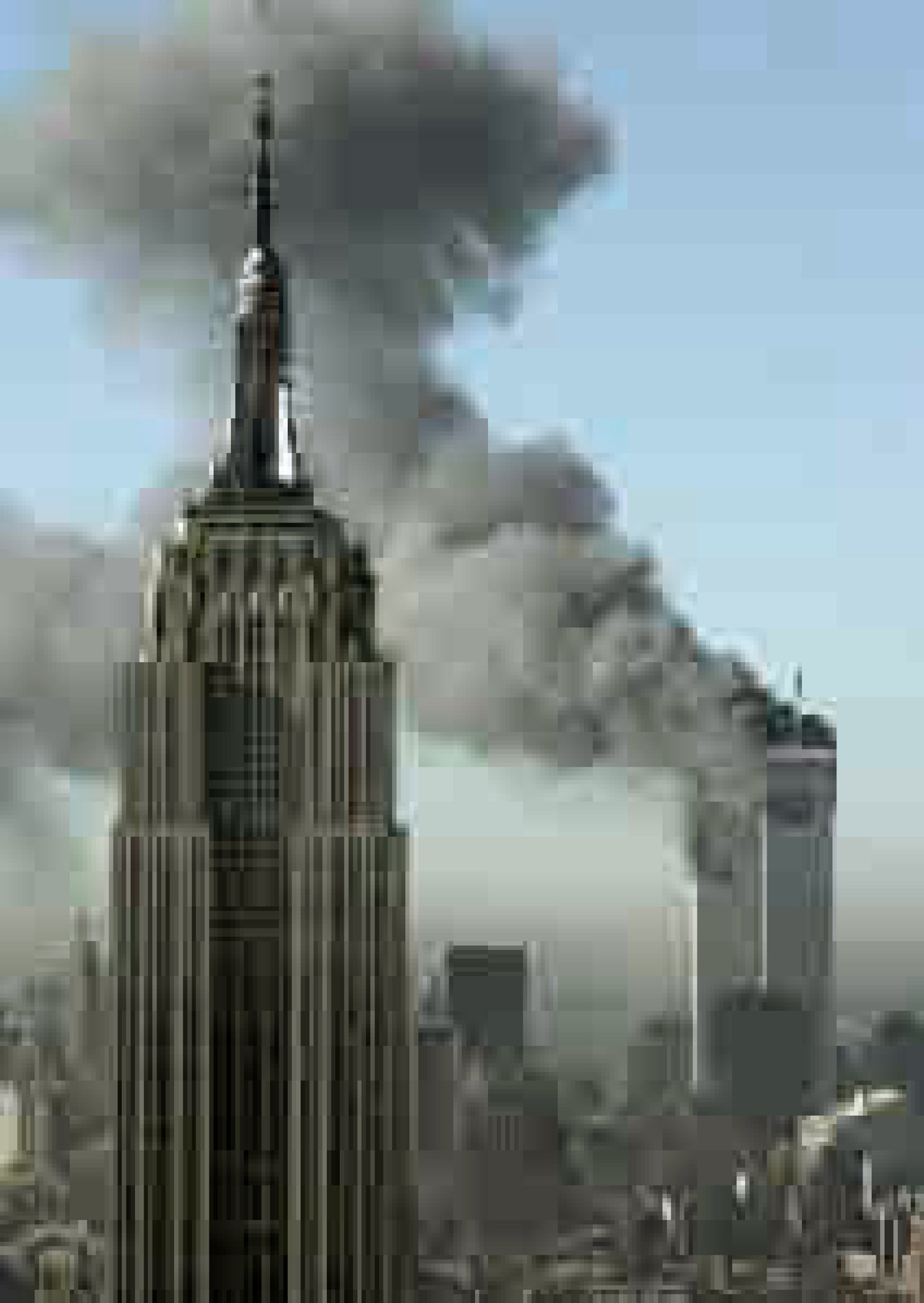 During 9/11 Thomas Ruff happened to be wandering the streets of New York taking photographs. As he watched the twin towers collapse and burn he “stupidly started taking photographs with his small camera.” To this day he has no idea if it was the X-Ray machine at airport security or a flat battery, but when he got back to Germany to develop the film it was completely blank. To make up for the loss he began “searching for images on the internet like crazy.”

The smoldering World Trade Center dwarfed by the Empire State Building, Jpg ny01, 2004 became one of the first in his landmark series Jpegs. Having found the image online, Ruff enlarged the Jpeg image—now the most shared image transfer format in the world—until it became distorted and pixelated, consumed almost by the blocky matrices that compose it.

To Ruff the pixels “looked very painterly,” like “brushstrokes in a painting” and although from far away they look like “precise photographic images”, if you go up close they are just “1,000s of pixels”. 9/11 was one of the first news stories to be disseminated on the internet—images compressed, zipped and downloaded around a world that would never be the same again. Thomas Ruff was the first photographer to engage with that vast alteration, realizing too that as “technology constantly changes, so does our perception of the world.” 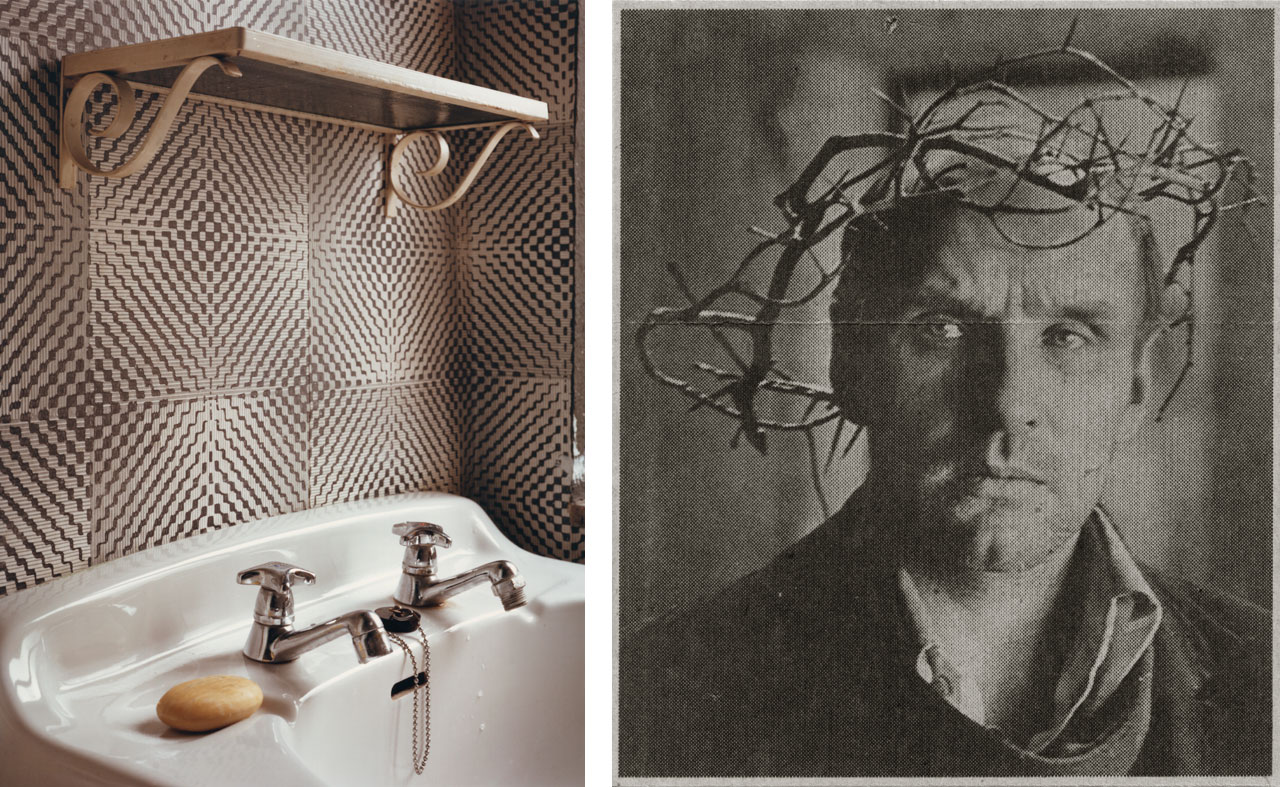 A former student of the Düsseldorf School of Photography, it was his legendary teacher Bernd Becher who spotted his photograph of a white sink fixed on a wall surrounded by busy wallpaper. The image was austere and whimsical, and Bernd Becher thought this was something he “should continue.” He followed it up with his series Interiors, revealing typical German interior decoration from the 1970s. With each image, without any additional lighting, he captured the mood of an entire space in his detached analytical manner.

Thomas Ruff first started to make a name for himself in the 1980s with his supersized portraits of friends. “Proof”, according to the beguiled Süddeutsche Newspaper, “that it is impossible to reproduce things realistically.” Since then he has been constantly exploring the way in which our perception of contemporary life is informed through the medium of photography—a medium that is “much more complicated than people think it is”, and a great deal more deceitful than his former teachers, Bernd and Hilla Becher, would countenance. 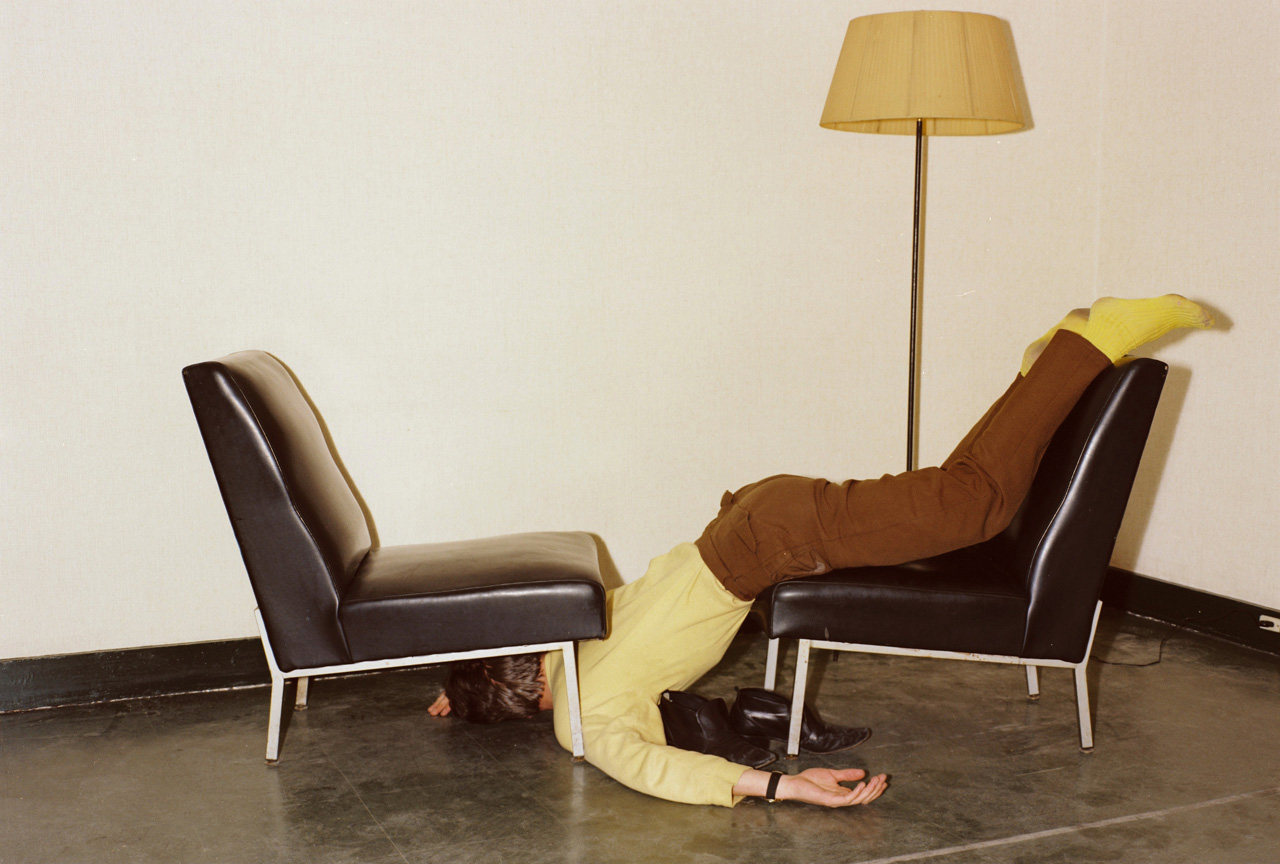 In Anderes Portrait, 1994, Thomas Ruff used an analog machine originally constructed for the Berlin police in the 1970s to create composite pictures of witness descriptions. Mixing male with female, or male on male, he reconstructed artificial faces to engage with the superficial elements of portraiture. Blurred and paradoxical, Ruff had made “virtual portraits, faces of nonexistent persons.” Portraits utterly devoid of innocence.

His latest show at the Whitechapel Gallery in London is the largest ever shown outside Germany, featuring all his major series—even one of his earliest—which finds the photographer draped across furniture, mocking the formal traditions of portraiture and their staged presentations. A welcome playfulness amidst the dissection of our profligate image culture. 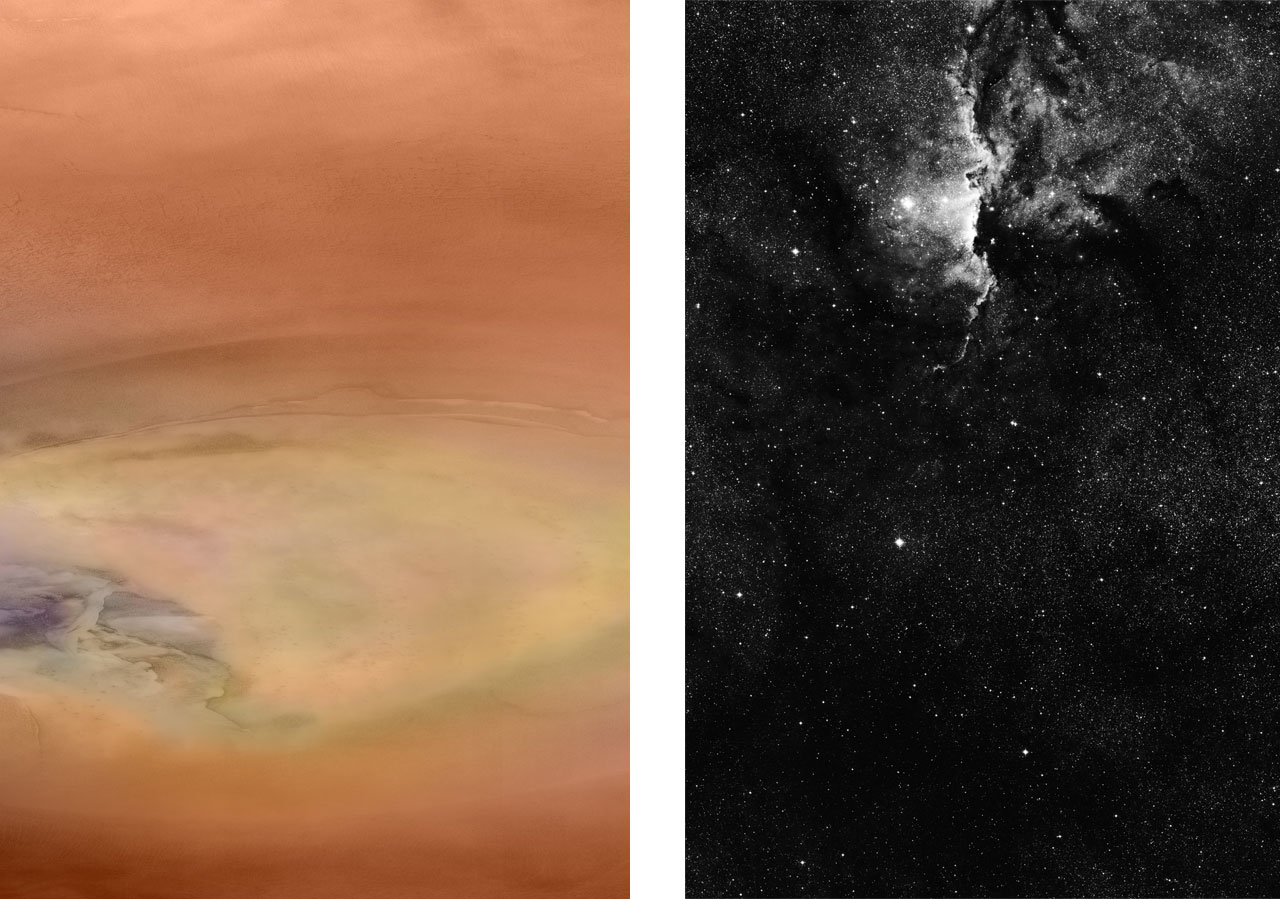 Amongst the most striking are his space works, reconnaissance images sourced from the NASA website. Normally black and white to save downloading time, Ruff saturates them with color, like in ma.r.s. 011, 2011, where he digitally enhances the atmospheric haze to make it look more alien. The blood red sweeps of color just a little too close to what we would expect to see on the red planet.

“Since photography is such a realistic medium,” states Thomas Ruff, “it pretends that everything you’re looking at was in front of the camera. But in the meantime it wasn’t.” His art amounts to an extended meditation on the nature of photography’s limitations and possibilities, pulling back the curtain on its manipulations and deceptions. And in so doing, the artworks of this most cerebral of artists are among the most beautiful and arresting being made today. 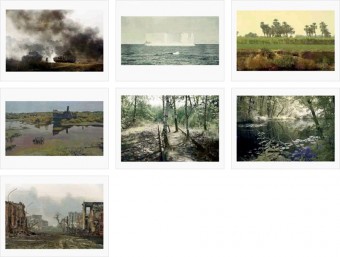