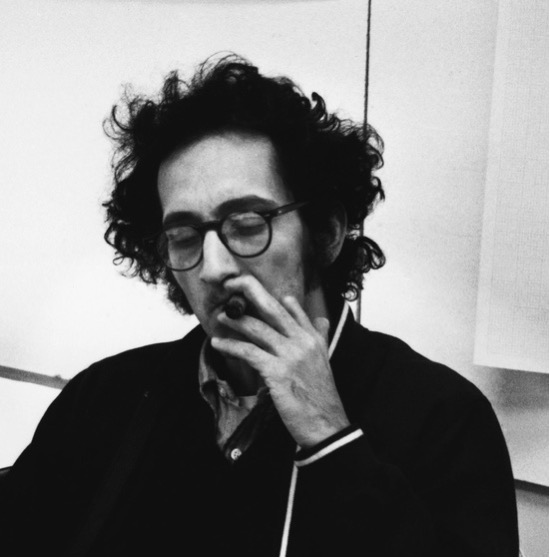 'I don’t like to say I have given my life to art. I prefer to say my art has given me life.'

To coincide with the opening of Frank Stella's retrospective at the Whitney Museum of American Art, FAM takes 5 minutes to pick the artist's brains…

Often described as one of America's most important living artists, Frank Stella swept aside the vestiges of Abstract-Expressionism and revived the medium of painting after it was declared dead in the 1970s.

In 1959, Stella became the Anti-Pollock. His series Black Paintingspresented a systematized approach to abstraction, offering a more methodical and intellectualized alternative to the action-painting of Jackson Pollock’s Abstract-Expressionism. These simple and linear works inspired much of the minimalism that was to come in the following decade.

"I like real art. It has the ability to convince you that it's present—that it's there. You could say it's authentic... but real is actually a better word, broad as it may be."

"Most of the things of the real world are excluded from the world of art because they're not very good and they're not very useful for making art. We don’t have a lot of real-estate developers in the art world."

With Stella’s 1965-1956 project Irregular Polygons, he began exploring the limits of space with huge, asymmetrical, and jagged painted canvases, upon which he imposed his distinctive geometric forms. His canvases were not primed beforehand, nor meticulously delineated—imperfections simultaneously confront and confirm Stella’s system.

"The one thing I learned is not to say anything about my own paintings. Keep my mouth shut. You'll never stop hearing what you said. It will come back to you again and again, people will always tell you about it. Even if you were the source of what's wrong with it."

Consisting of over 135 pieces, Moby Dick is perhaps Stella’s most ambitious series. The multi-media statement in which each piece reflects one chapter of what is perhaps America’s finest novel took over a decade to complete. His commitment to Melville’s classic took him beyond mere form of modernism and into the realm of the postmodern.

"A painting is a flat surface with paint on it, nothing more.”

Competition is better than imitation, even if you fail.”