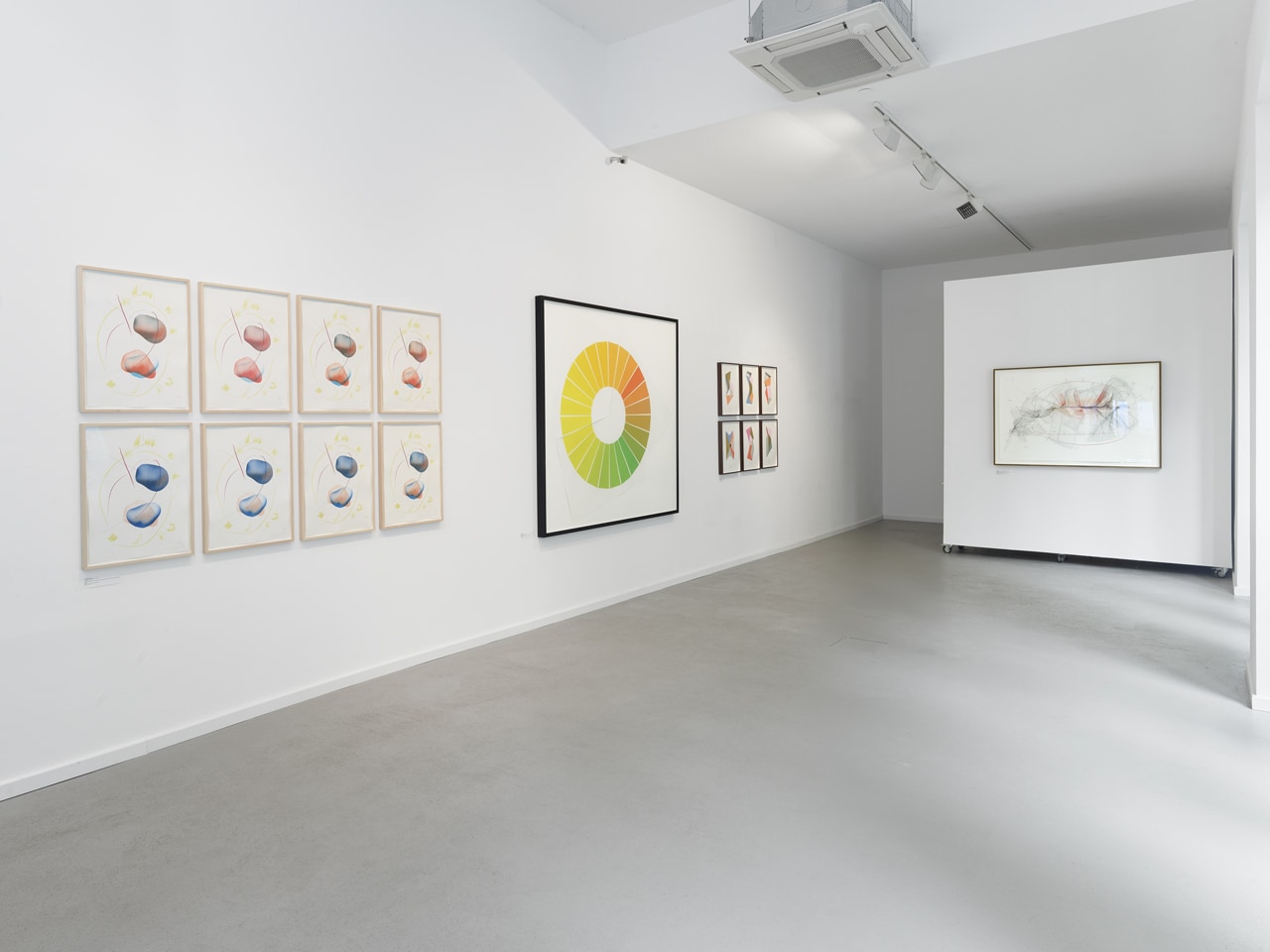 fineartmultiple is delighted to invite you to the finissage of the pop-up summer exhibition “Spectrum” on August 27th at the Kunsthalle Koidl curated by Managing Director Vanessa Moos.

Featuring works by Olafur Eliasson, Carsten Höller, Jorinde Voigt and Stanley Whitney, this new group show made in cooperation with Niels Borch Gallery and Klosterfelde Edition, explores chromatic ideas and the aesthetic values attached to colour and emotion. Focusing on the way artists attempt to make sense of the world, the exhibition investigates the way they process their environment, paring it down and reconstituting it into its component parts – striving always to turn it into something new.

In Olafur Eliasson’s The yellow colour circle, the shaded segments have been placed and positioned to create a wheel of changing yellow gradients. What looks at first like a piece of scientific research is in fact the result of Eliasson’s own subjective and personal aesthetic choices.

Jorinde Voigt has always interpreted the world into a series of systems, patterns, and spectrums which then are turned into beautifully complex lyrical compositions and pictorial spaces. Emotional Spectrum A-Z (26) is drawn from a series of artworks that captures particular emotional states. Each sheet is based on a drawing with the same name which Voigt edited with colour accents to highlight various shifts in mood and intensity. A red line marks an emotional scale, which can be located into the present moment.

Voigt’s Sara’s Question was made during the height of the pandemic and imagines a time of interaction when lockdown is over. Based on a conversation the artist had with a friend about the blooming peacock flower, and what it would be like to experience the colours together, Voigt‘s shifting colourful geometric forms conjure up the wonderful meanderings of human interaction.

Two smooth, strangely complimentary stone-like shapes occupy the center of Voigt’s third series entitled Immersion Unfolded. This is a work based on gradients, charting the colour changes in the altering sky in morning alongside the orange to red progression which depicts the movement towards and inside a human body. Yet the subtlety of the changing tone is barely visible from sheet to sheet – only through seeing the 10 sheets in progressive order is it possible to observe the change.

In his series of eight black and white artworks, Stanley Whitney makes use of his familiar irregular grids and lines but embellishes them with an intense expressive flair. As the Afro-American artist makes use of different etching techniques to query the relationships between edges and strives to find a balance between density and open space. Layering the works on top of each other, he creates works of astonishing depth that resonant with tension and palpable energy.