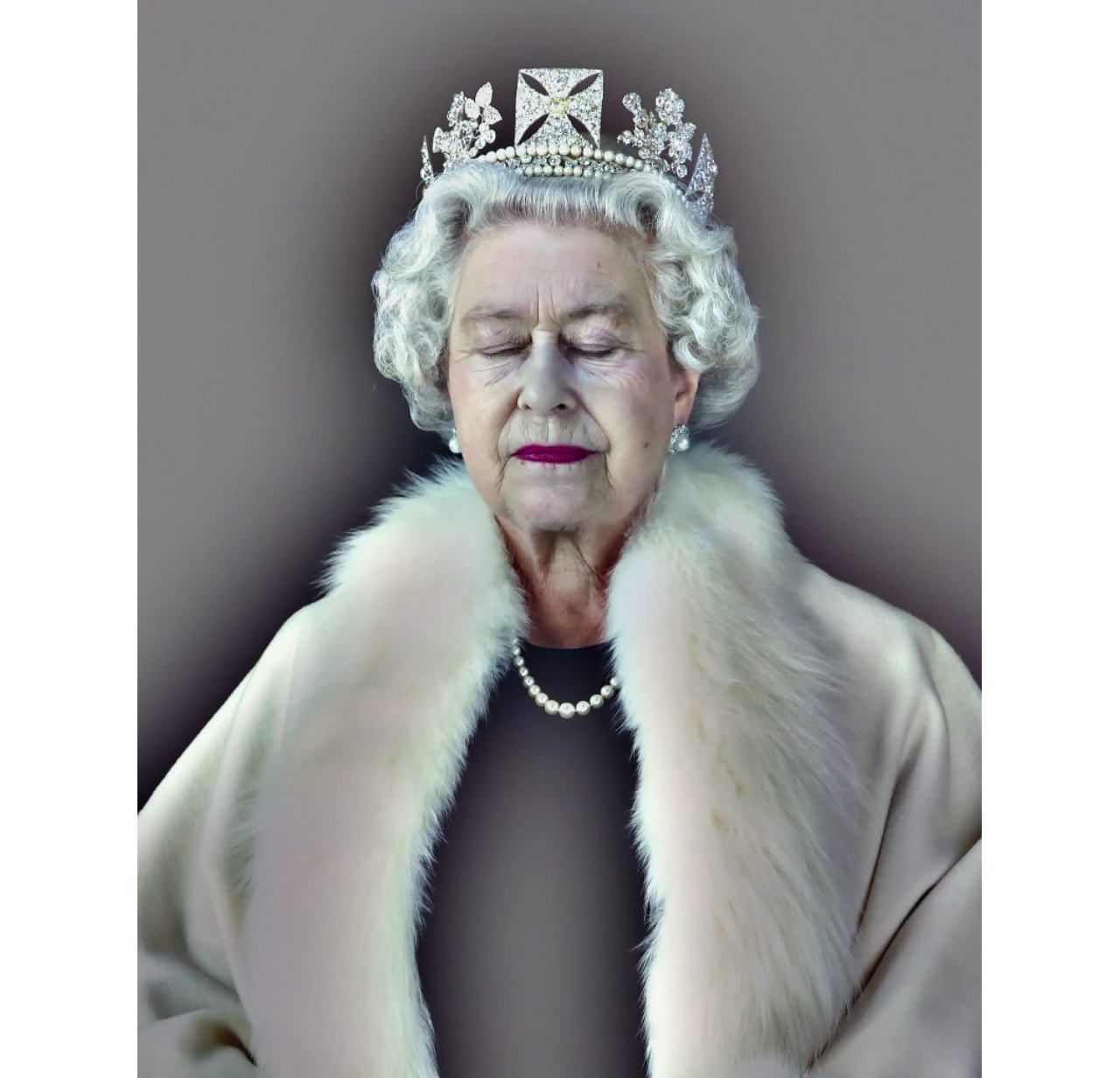 Chris Levine, Lightness of Being, 2004. Courtesy Sotheby's.
News — One month ago

The Queen is the most recogniseable person in history. She has been photographed, painted, drawn and graffitied. Her face embellishes money, has been made into figurines, stuck onto postcards and reproduced hundreds of millions of times. At 96 years old she has been at the centre of public life for close to a century and during the 70 years she's been on the throne more than a 1,000 artists have been invited to paint her.

The vast majority of those portraits can be described as forgettable. The most memorable ones are those that are unflattering, like Lucian Freud’s small painting of the Queen that made her look like 'one of her corgis who has suffered a stroke.' Even the Queen, famous for not having ever uttered an opinion, must have found it a little unsatisfactory. She has sat for Thomas Struth (featured), Cecil Beaton and has been photographed surrounded by those same beloved corgis by Annie Leibovitz. Not to mention the unofficial depictions by street artists like Banksy and Bambi.

As she celebrates her platinum jubilee – marking a phenomenal 70 years of public service – Sotheby’s London is jumping on the bandwagon commemorating the achievement with a series of exhibitions and talks that culminate in an auction of British art featuring some of Her Majesty’s most favorite artists.

Entitled 'British Art: The Jubilee Auction', the sale will take on the 29 June and will include works by L.S Lowry, a favourite of the Queen and other notable British artists including Thomas Gainsborough, Barbara Hepworth, Frank Auerbach, and John Constable.

Sadly none of her portraits are up for auction. They have all been absorbed into her gigantic private art collection – by some considerable margin the largest art collection in the world. Valued at over £10 billion it boasts over 50 paintings by Canaletto, a Vermeer, Titan’s, a handful of stunning Rembrandts and more than 30 drawings by Leonardo da Vinci. Its sheer size is breath-taking and features more than 7,000 paintings, 500,000 prints and 30,000 drawings from most of the world’s greatest artists. 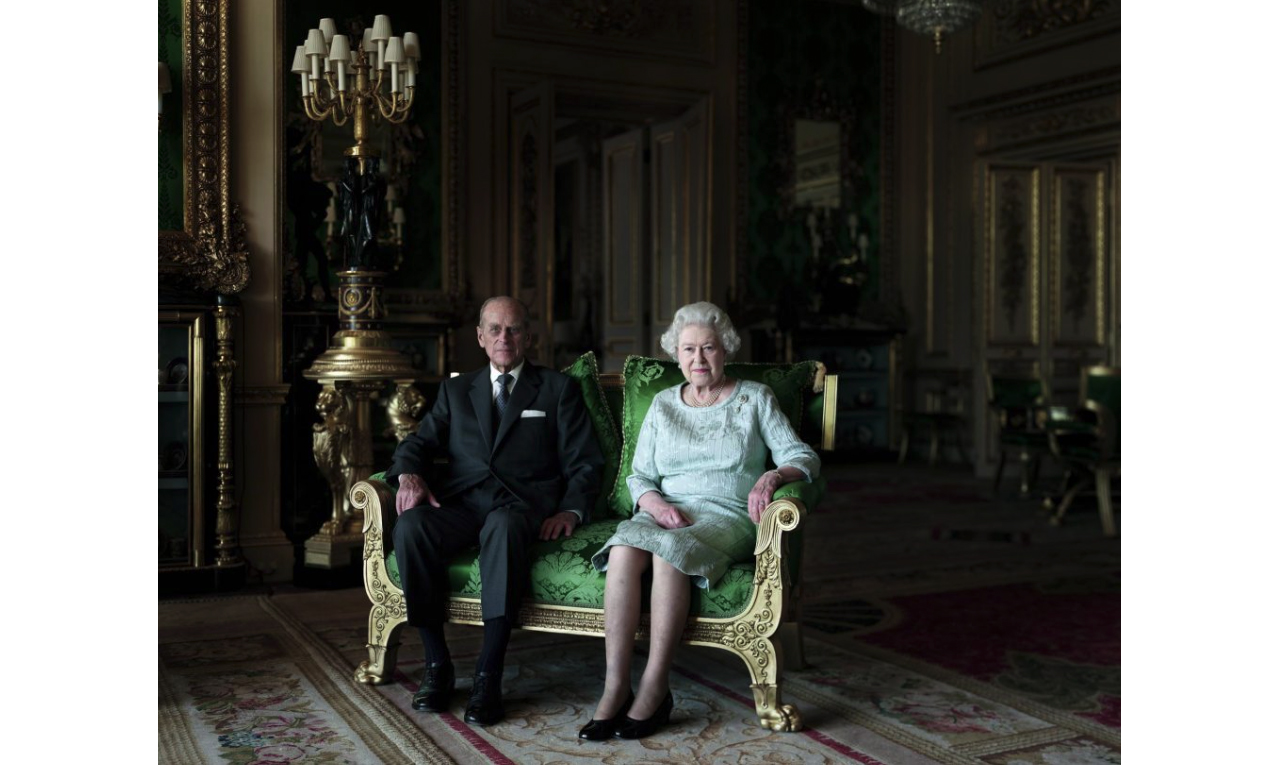 Of course, royal portraiture is a tricky business, you need to both conform to conventions and try to find ways of being inventive. A great example of this is Chris Levine's 2004 portrait of the queen, entitled Lightness of Being. It was commissioned to commemorate the Isle of Jersey’s 800th year of allegiance to the crown in a holographic portrait and has been described by the photographer as a happy ‘accident’. The technique required that the queen sit still for 8 seconds at a time. Closing her eyes inbetween the takes, Levine was struck by the beauty of her meditative state and snapped the shutter.

Any artist commissioned to do a portrait of the Queen has the opportunity to choose her regalia and even style her and prior to the sitting, Levine went through the Crown Jewels and chose a diamond diadem, which the Queen usually wears for the State Opening of Parliament. Levine remembers that at one point during the sitting, his assistant interrupted them to explain how they would scan the Queen, saying, “it's like having your passport photograph taken ma'am,” to which the Queen replied: “One doesn't have a passport.” 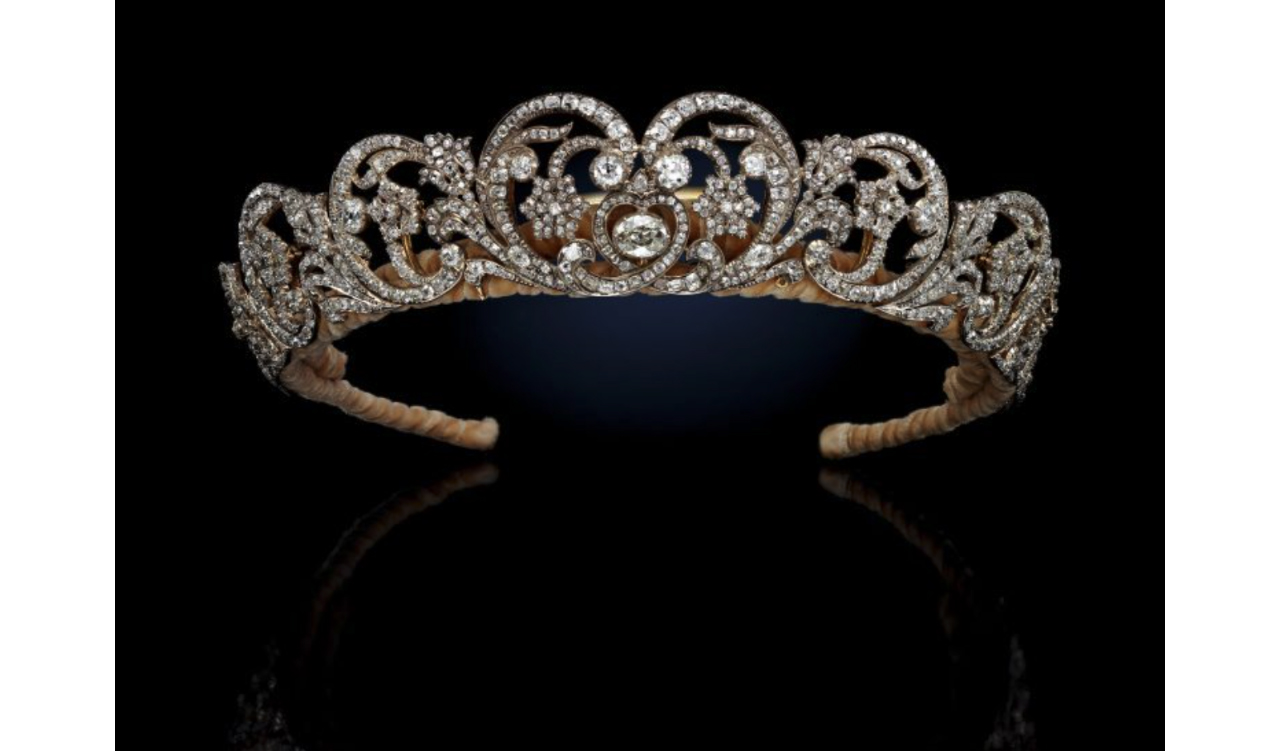 Still, for all those portraits, she has been accused of having no real interest in the art and of contributed little to the vaults of her private Royal Collection. It is well known that she prefers horses to pictures, and as photographs of her private residence have revealed, when art and horses are combined, like in the work of George Stubbs, so much the better.

She will in that case be highly enamoured with her 70 year Jubilee gift from French President Emmanuel Macron who has sent her a seven-year-old grey thoroughbred gelding. A present she will undoubtedly enjoy a great deal more than the fairly random painting of swimming pigs she received from the Governor-General of the Commonwealth of The Bahamas.