Despite being better connected and respected in the art world, Lee Krasner often found herself overshadowed by her quick-tempered husband, Jackson Pollock – an Abstract Expressionism painter glorified for his excesses as much as his genius. During the early stages of their career, critics were quick to dismiss Krasner’s work as nothing more than neat imitations of Pollock’s paintings. Such criticism would follow her through much of her career and when the couple moved to Long Island, it was perhaps inevitable that Pollock would set himself up in the now famous barn. Where he had the space to begin slashing, splashing and dripping the canvas with paint – whereas Krasner took a small, confined bedroom. Giving her no other choice than to produce reduced, less impactful works.

After Pollock’s death in a car accident in 1956, Krasner became the executor of her late husband’s estate and found herself in the role of the second fiddle widow. Criminally ignored through much of her career, by 1984, then aged 75, after finally being offered a solo show at MoMA, she died just a few months before the retrospective was about to open. Much like her contemporary, Nancy Holt, a pioneering land artist sidelined after the death of her husband, Robert Smithson, Krasner’s story is an object lesson in the way women have so often been effortlessly written out of the story of modern art.

In recent years, despite their sales still lagging significantly behind that of their late husbands, both Krasner and Holt have seen a major uplift in demand. In 2019, Krasner’s canvas, The Eye Is the First Circle – one of the “umber paintings” made in the years immediately after Pollock’s death, was auctioned at Sotheby’s for an impressive $11,654,000. Holt, who died in 2014, has been the subject of increasing number of retrospectives and only last year it was announced that her estate would be represented by mega gallery, Sprüth Magers.

Such changes demonstrate a major shift in the artworld as it begins to redress its egregious gender imbalances. The art world has historically always been a male-dominated sector and major museums and collections are coming under increasing criticism for the disparity in representation. A study in 2010, discovered that only 102 of the 2,052 exhibitions held at MoMA since 1929 focused specifically on women artists. In the UK, for instance, there is only one Lee Krasner work in a public collection: Gothic Landscape, 1961, currently held by the Tate.

Change is happening but at a snail’s pace. At June’s Art Basel, the fair’s biggest sale at $40 million (£33 million) was a large steel spider by the late Louise Bourgeois. And at a recent auction sales of Modern and Contemporary Art, women artists are causing ever new record sales in 20th century sales. At Christie’s the British pop artist Pauline Boty’s portrait of French film star Jean-Paul Belmondo sold for an impressive £1.2 million. The artist, who died tragically at just 28 in 1966, was a well-known figure in London’s swinging sixties where her vibrant, innovatory work challenged the male gaze by turning a female desiring eye on a male object of desire.

Also at Christie’s, a Barbara Hepworth sculpture sold recently for a record £5.8 million. Simone Leigh, the American artist who represented the US at this year’s Venice Biennale, sold the terracotta and porcelain head, Birmingham (alluding to the bombing of a Baptist church by white supremacists in 1963 for an eye watering $2.2 million. This sudden rise in sale prices for women artists reveals a growing appetite from younger collectors to buy work more aligned with the main themes of the day: race, identity, and feminism. As more and more collectors and museums seek to diversify their collections, these prices are only set to rise. 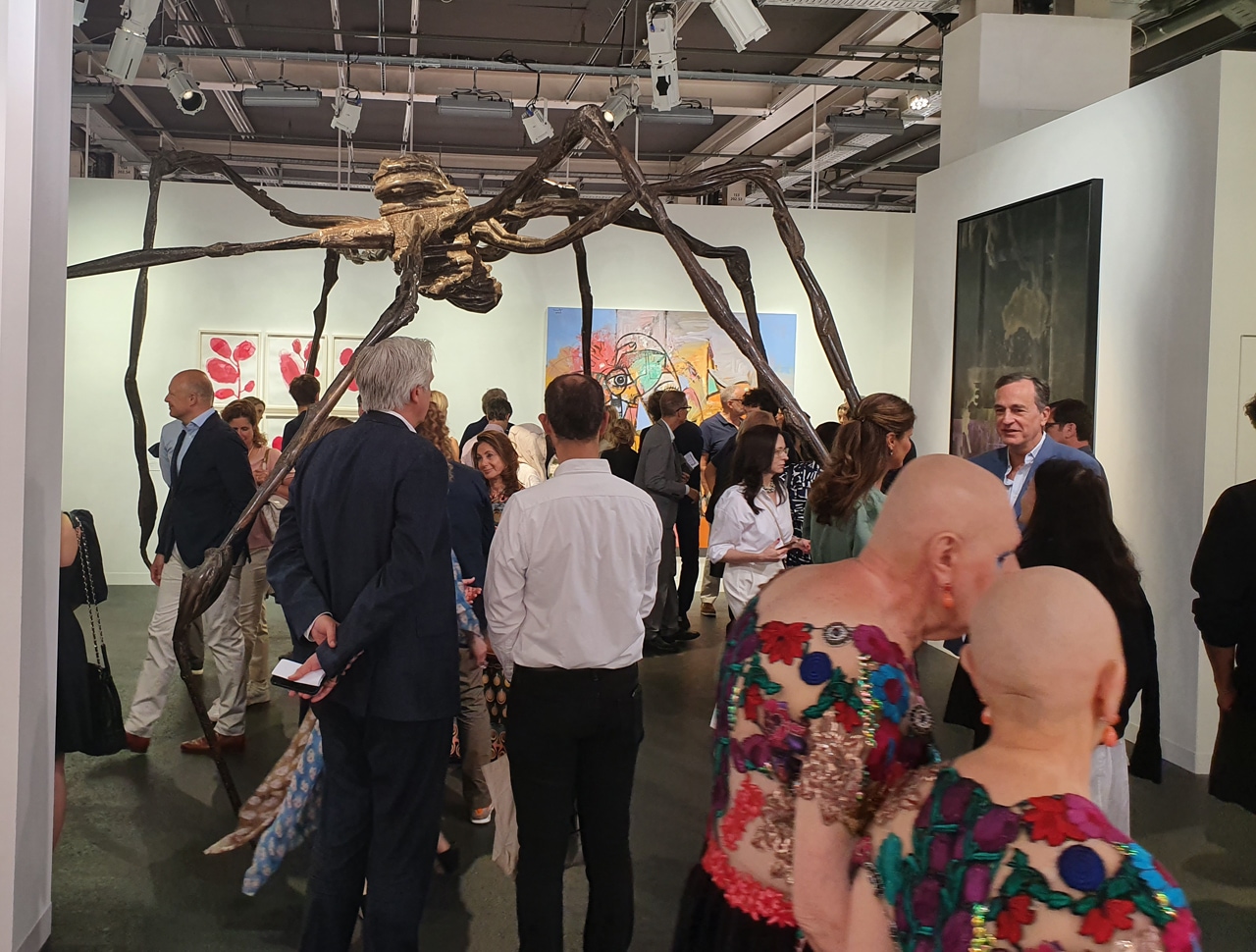 There is of course still a long way to go, only two works by women have ever broken into the top 100 auction sales for paintings. That’s in spite of the fact that women are the main subject matter for half of the top 25 works. This is hardly surprising. Women are still in the minority when it comes to making up the cultural gatekeepers of the art world: the curators, gallerists and directors. A report in 2019 by the Freelands Foundation has found that despite women making up as much as 66% of postgraduate students in the creative arts, they made up only 42% of artists represented by major commercial galleries. Although there have been ‘incremental improvements’, at the current rate of change, a more recent study has claimed that it will take 108 years to reach gender parity.

It all comes down to the very origins of inequality, which are seemingly ingrained in the art world. A number of hypotheses have been put forward: the cultural bias of art criticism: worship of the genius male artist, differences in gallery representation, the sexism of ageing, the imbalanced weight of parenthood even the lack of assertiveness among female artists. Some believe that root cause of such inequalities is the art industry's persistent and smug conviction, that its progressive and liberal approach, naturally represents the solution and can't possibly be the actual problem.

Up until the 1870s, women were exclusively barred from artistic professions and training. Even Krasner, who was never an out and out feminist, recognized the importance of the women’s movement and the need for protest to change entrenched discrimination. Ten years before she got news of the MoMA show, she was on the steps of that same institution, protesting the dearth of female artists in its collection. Fifty years later, her stance and that of tens of thousands of artists and art world professionals, is slowly forcing the art world to change.