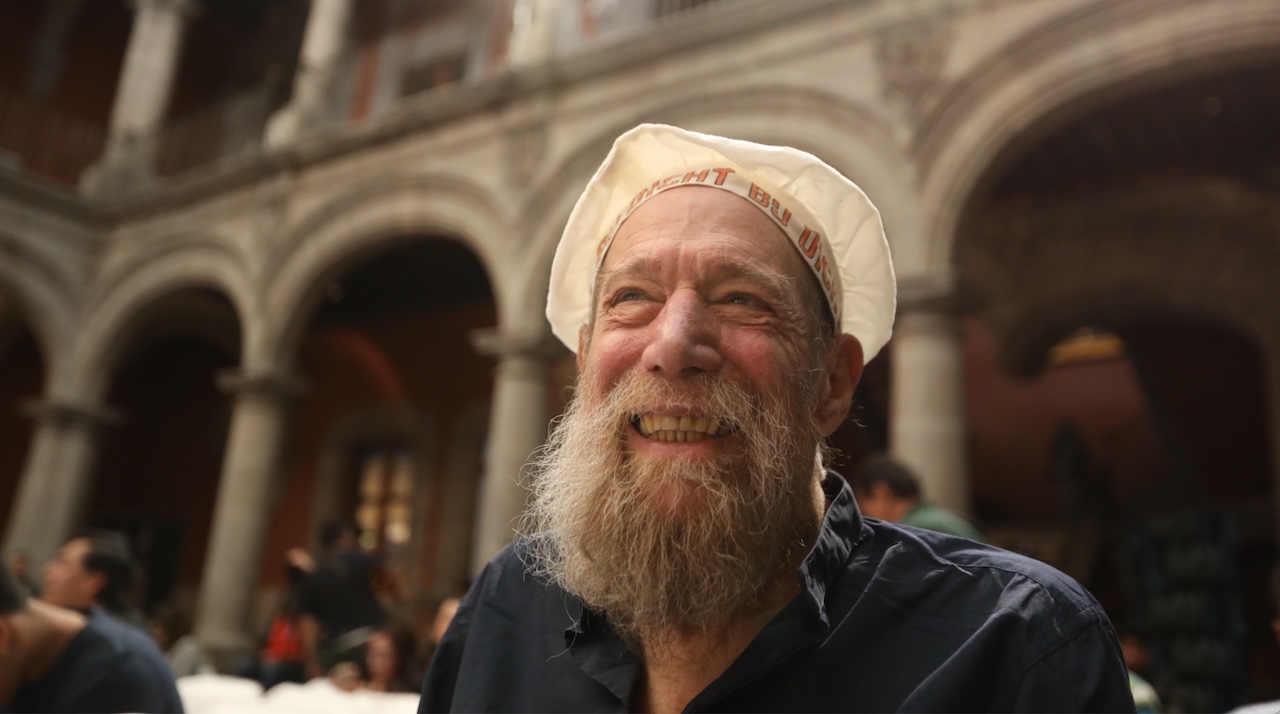 Lawrence Weiner portrait. Via Wikimedia Commons
News — One month ago

In 1968, a young artist pushed Conceptual Art to its furthest extremes when he sat down to write his Declaration of Intent:

1. The artist may construct the piece.
2. The piece may be fabricated.
3. The piece need not be built.
Each being equal and consistent with the intent of the artist, the decision as to condition rests with the receiver upon the occasion of receivership.

With these few short statements, Lawrence Weiner had not only announced his decision to stop producing physical art (what was the point when the idea behind any work of art was enough), but had placed the responsibility of artistic interpretation straight back onto the audience.

So simple yet so revolutionary, the young conceptual artist had suggested an entirely new way in which art could interact with the world. And as a near perfect definition of Conceptual Art, his declaration continues to have ramifications today.

Earlier this month, on the 6th of December, it was announced that Wiener had died at his home and studio in Manhattan at the age of 79. Although the exact causes of his death are not yet known, Weiner had been living with cancer for several years. “All I’m interested in is working at this point,” he said in an interview with the Archives of American Art just a couple of years ago, “because that gives me a great deal of satisfaction… and enough oomph to keep going.” 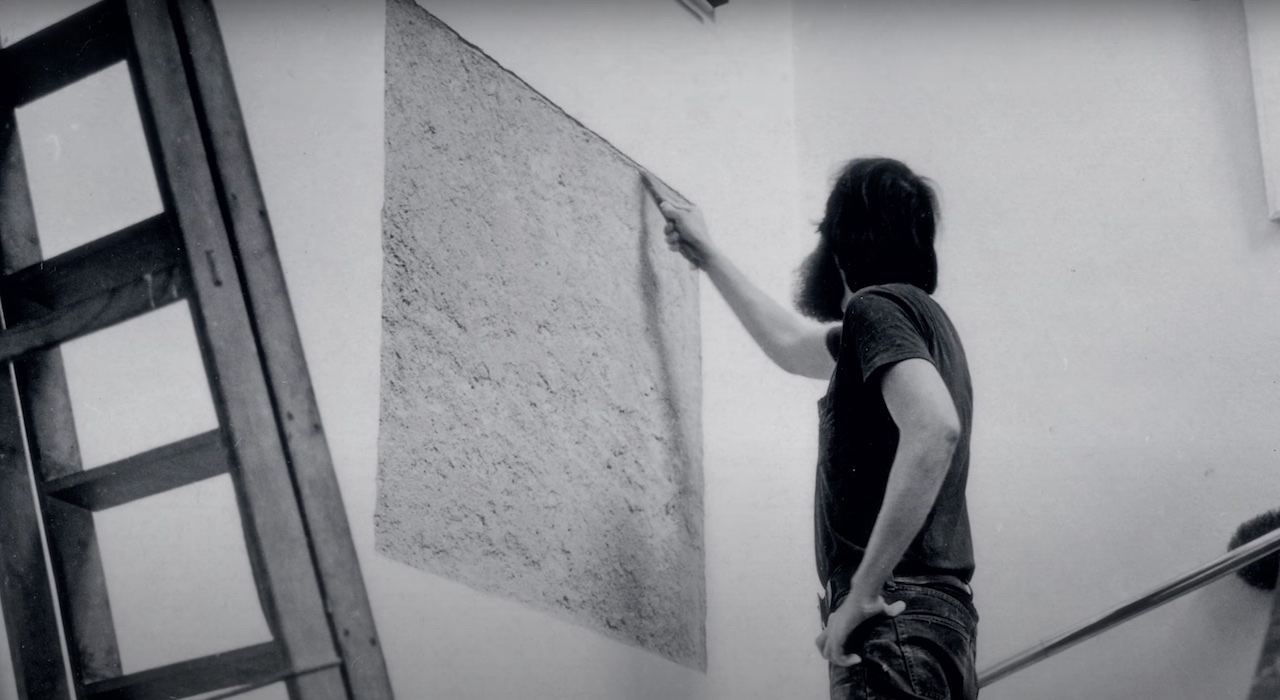 Despite being considered one of the founding fathers of the Conceptual Art movement, in typically mercurial fashion, Weiner rejected the label and preferred instead to call himself a sculptor. The way he saw it, his so-called word art showed, “the relationship of object to object and that is the idea and purpose of a sculpture. I’ve got nothing against 'poetry,’ but it’s only resonance and tempo. Each of my works is perhaps also indeed a poetic sculpture.”

Born in New York in 1942 to a working-class couple who ran a sweet shop in the Bronx, Weiner came of age during art’s shift away from objects and toward ideas and actions. In the febrile radicalism of the 1960s, these actions were deeply aligned with anticapitalist politics and linguistics. An avid protestor, he joined anti-nuclear demonstrations in the naval dockyards at New London and civil rights marches in Alabama.

Working in his trademark sans serif font – he once designed his own font Margaret Seaworthy Gothic but was also well known for speaking out about his “absolute detest” for Helvetica – what singled Weiner out was his embrace of language. Using words and sentences as a basis for his entire oeuvre that operated beyond aphorism and possessed its own distinct vernacular. Ownership of the text was shared with the visitors who chose to look at it: “My work starts off having no monetary value,” Weiner once observed, “and by the time it’s all finished it doesn’t have any monetary value because it has entered into the culture.”

At the start of his career, this language referred to materials and constructions that often enacted a physical process. In Bern, Switzerland in 1969, he famously participated in Harald Szeemann’s seminal ‘Live in Your Head. When Attitudes Become Form’ exhibition with the work A 36” x 36” Removal to the Lathing or Support Wall of Plaster or Wallboard from a Wall, 1968. In this signature work he quite literally removed the plaster to the dimensions stated, exposing the bare structure underneath. This raw and direct work created a “presence of absence” that could be infinitely repeated with the same effect, making it accessible to anyone anywhere who was willing to re-make it. As a gesture, it was defiantly anti-commercial and in radical opposition to the profound privileges of ownership as purveyed by the Abstract Expressionists. 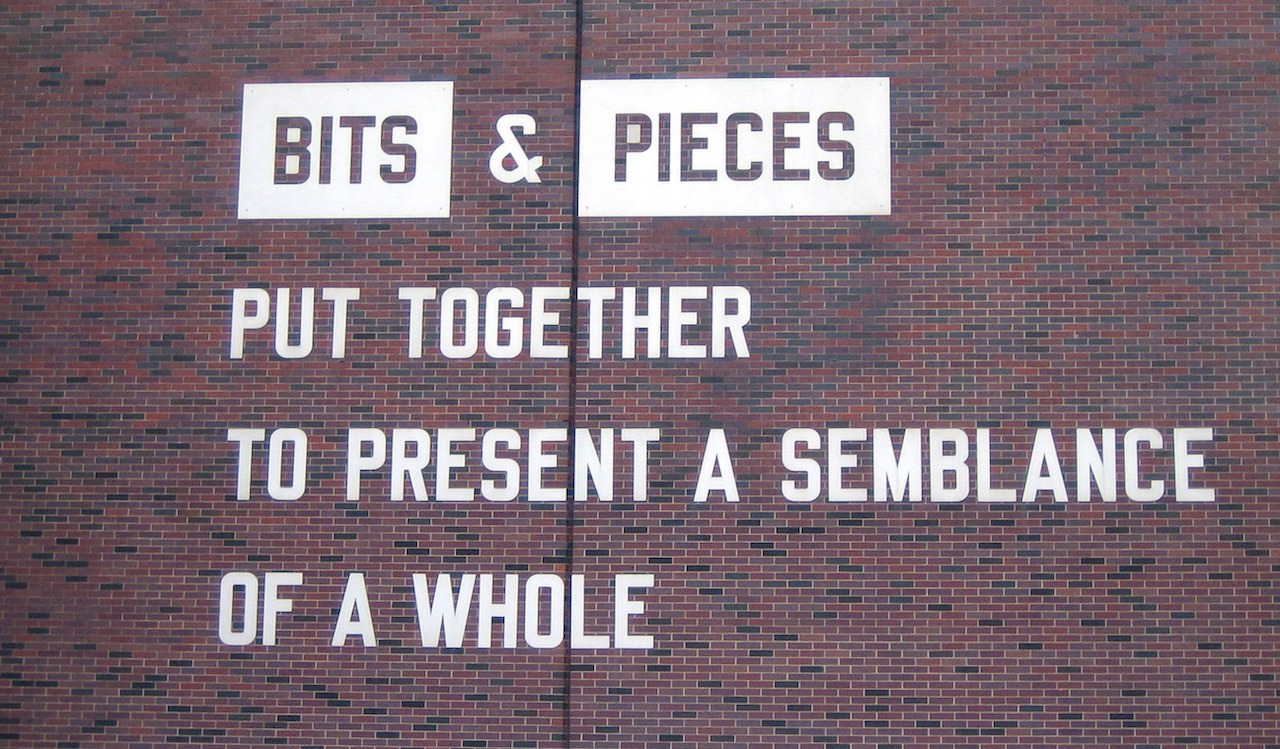 As Weiner’s career progressed, he began working more with fragments of conversations, sayings and phrases, extrapolating sentences and painting them on walls or in books. Oblique but optimistic about the human condition, they were never quite absurd yet aimed to underscore the subjective nature of interpretation by referring to abstract thoughts, states of being and syntax.

In NACH ALLES / AFTER ALL, (after everything) a commission he completed in 2000 for the Deutsche Guggenheim in Berlin, his bilingual translation of the idiomatic phrase subtly invoked the nuance in meaning by suggesting what could lie beyond (or after) the total accumulation of things. This was in reference to the great Berlin-born, scientist and explorer Alexander von Humboldt, whose exhaustive systems of classifications had inspired Wiener to re-examine the mundane materials of his surroundings.

Weiner was a hugely admired figure and with his striking grey beard was an extremely popular one also. He leaves behind a wife and a daughter they raised together on a boat docked in Amsterdam, New York, that was without running water and electricity and was often bitterly cold: “That was not easy and not fun,” he remarked in an interview with The New York Times in 2007.

Clever, perceptive and naturally funny, in New York during one of his exhibitions at the New York Public Library he once remarked: “Having been involved a lot in political activity, I spent reasonable amounts of time in New York City lock-ups and holding tanks, so it was really rather nice that every son of a bitch who ever thought I was crazy, had to go by for four months and see my name on the front of the New York Public Library. I liked it.”