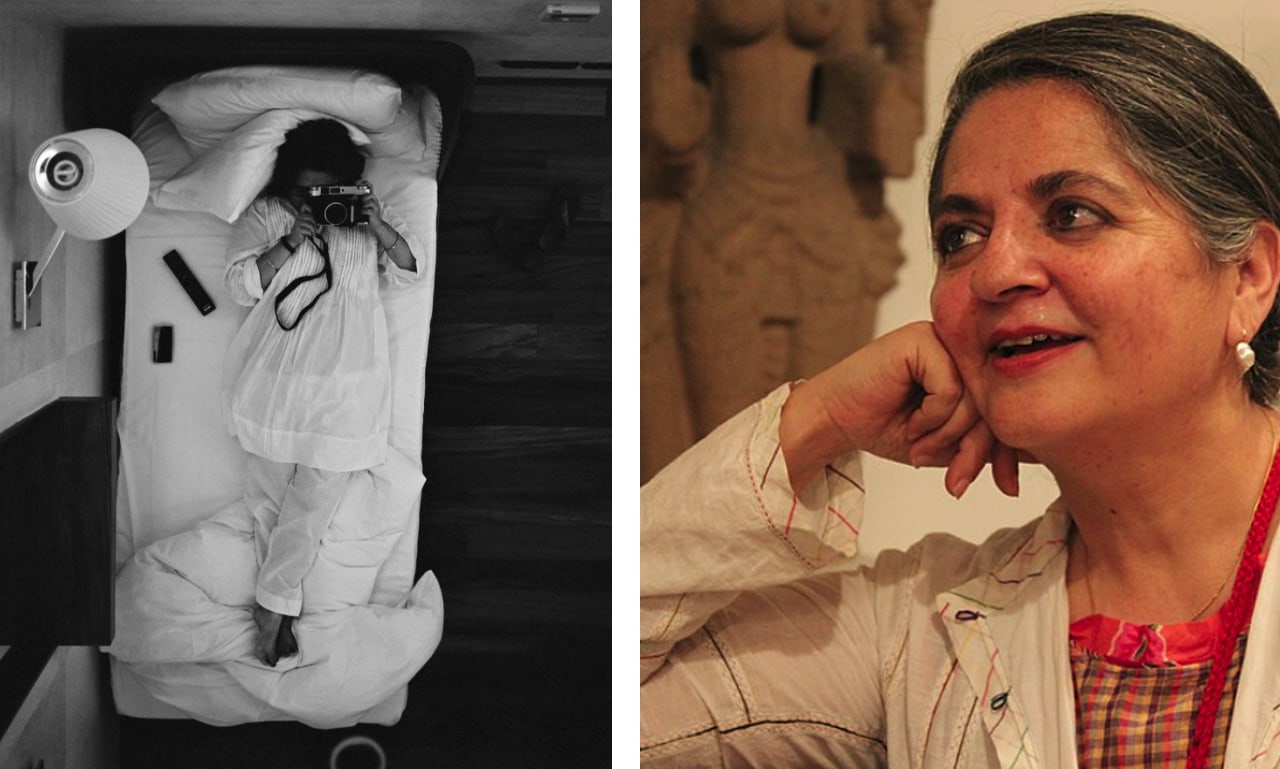 One day the Indian photographer Dayanita Singh was looking at an image she’d taken of a girl lying on a bed, with her back turned, when she had an epiphany. Rushing back to her home in Goa, Singh started going through all her contact sheets looking for “photographs that captured the same feeling.” Suddenly, from out of nowhere, an entirely new way to edit and connect her photographs had occurred to her, one that was deeply intuitive and even subconscious.

That image would became the cover image of Go Away Closer, 2007 a book she later called a “novel without words”. Back then, books were made according to a theme or a centered around a person, and, although now more common, basing a book around an emotion was still a new and unfamiliar concept. Talking about the book many years later, she said: 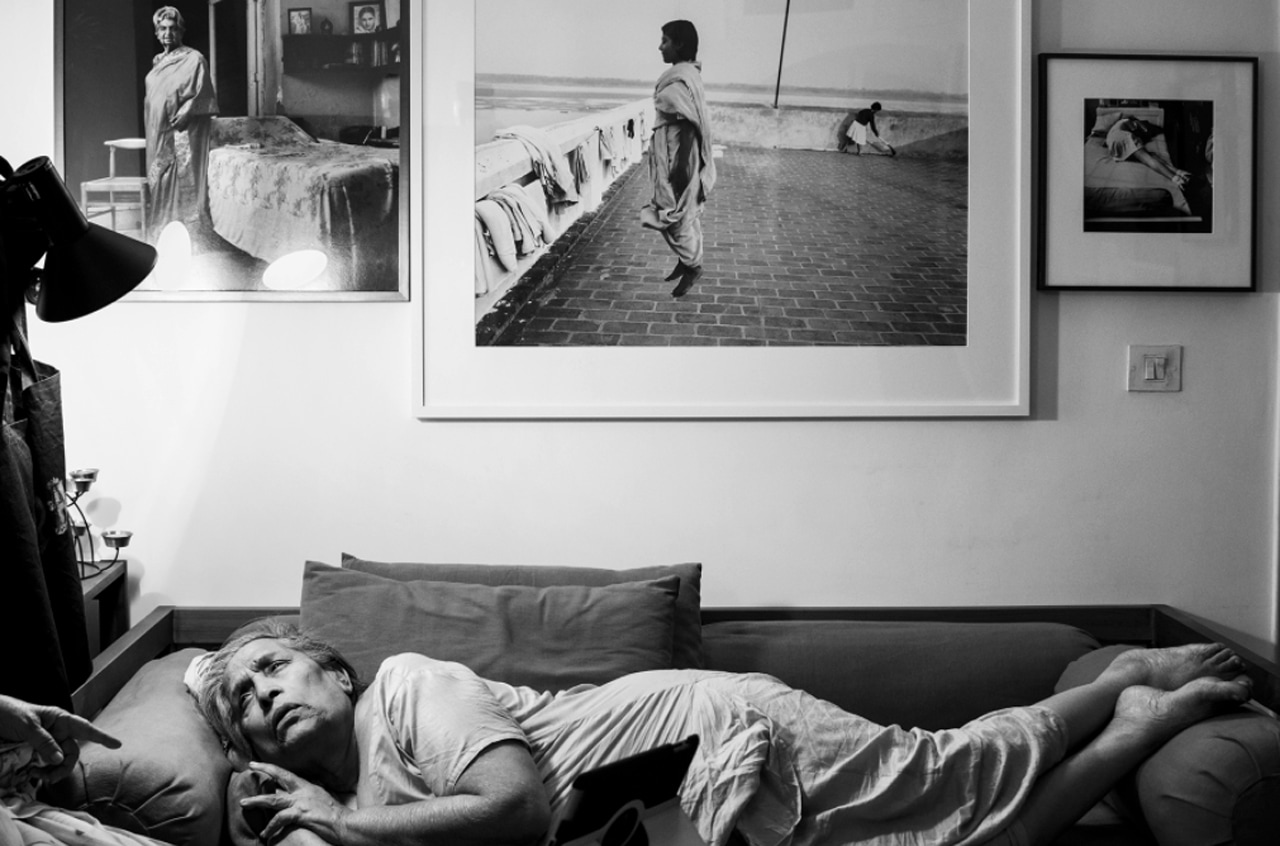 Born to an affluent family in 1961 in New Delhi, a chance encounter with the famous tabla virtuoso, Zakir Hussain, when Singh was still a student, would lead to an intense friendship as she documented him on tour and in rehearsals for six years. In 1986, those photographs were published in her first book, Zakir Hussain. But it was the release of her critically acclaimed second book, Myself Mona Ahmed in 2001, over a decade later, that brought her to the attention of an international audience.

With its mix of biography, autobiography and fiction, the book centered around her great friend and muse Mona Ahmed, a member of the Hijra community (eunuch) who lived in a graveyard. The moving and often hilarious accounts of Mona’s life written by Singh, were counterbalanced by the short caustic observations beneath the photos written by Mona himself. With its multilayered complexity, the book possessed a poignant and deeply humanistic quality, one that challenged the Western world’s simplified and exoticized notions of contemporary India.

Never comfortable with the separation of her photographs into single images, she began experimenting with how to present them as interconnected bodies of work. These so-called “book-objects”, sought to expand the way people could relate to images. In Sent A Letter, with its leporello folded construction, anyone could fold out the book and exhibit the work in their home. Blurring the distinction between mass-market book and the limited-edition gallery print, Sent A Letter pushed the book form beyond its conventional limits by demonstrating that they could be exhibitions all in themselves. 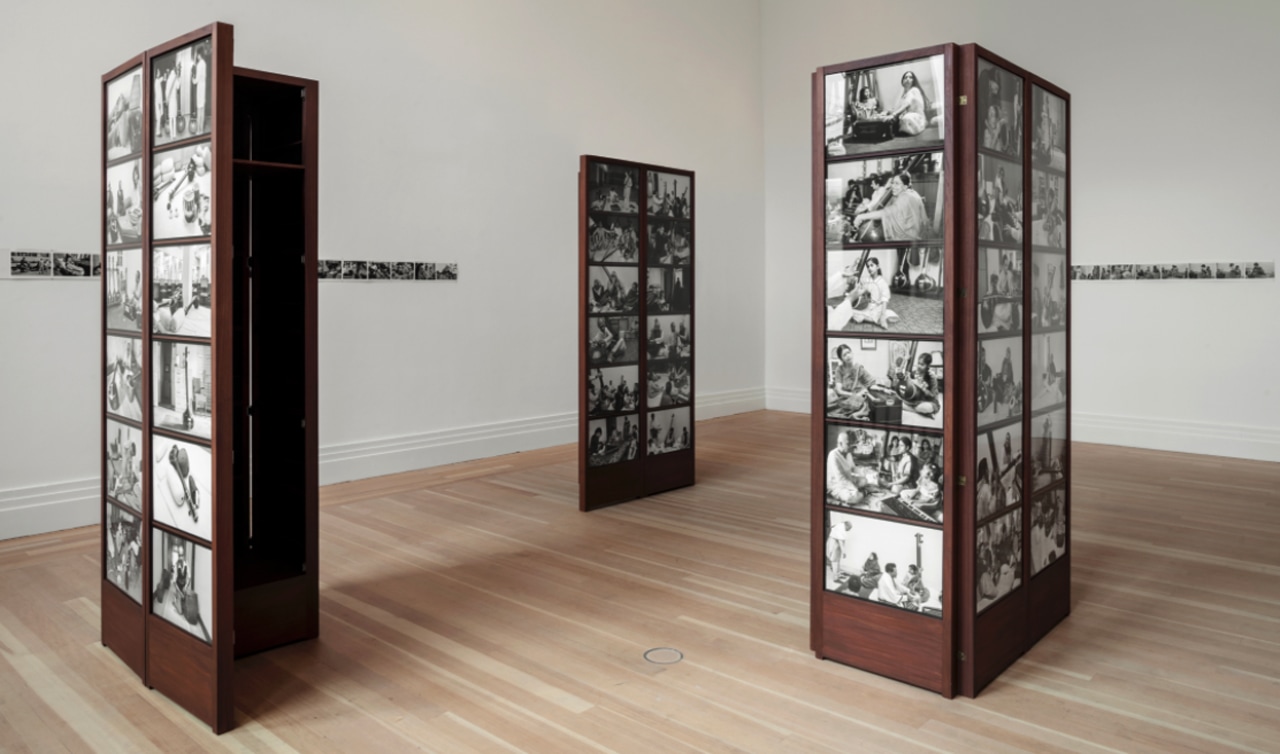 Singh took it even further with her furniture structures. For Singh the familiar sequence of identically framed photographic prints hanging on a gallery wall “felt like death to me… Why should photography be stuck on the wall?” Her idea was to showcase the images in stretched teak wood structures that resemble room dividers. Forcing viewers to look at the images from a multitude of perspectives, these “Museums”, drew from her extensive archive of images and could be endlessly edited, archived and displayed.

A number of her museums – including the Museum of Chance, (recently purchased by MOMA, New York) – where the images can be read and followed in every direction, will be on view at “Dayanita Singh Dancing with my Camera” now on at the Gropius Bau in Berlin.

This is Singh’s largest ever retrospective and in a distinct departure from most other photographic exhibitions, there are hardly any 2-dimensional photographic prints on the wall. Instead, recurring images of her friends and intimates reappear in a dense network of opened-out books and museum cabinets. The layout of the exhibition allows the poetic and narrative sensibilities of her work to take priority, even featuring a looping black and white film called Mona and Myself, (2013) showing Mona singing along movingly to an old Bollywood song. 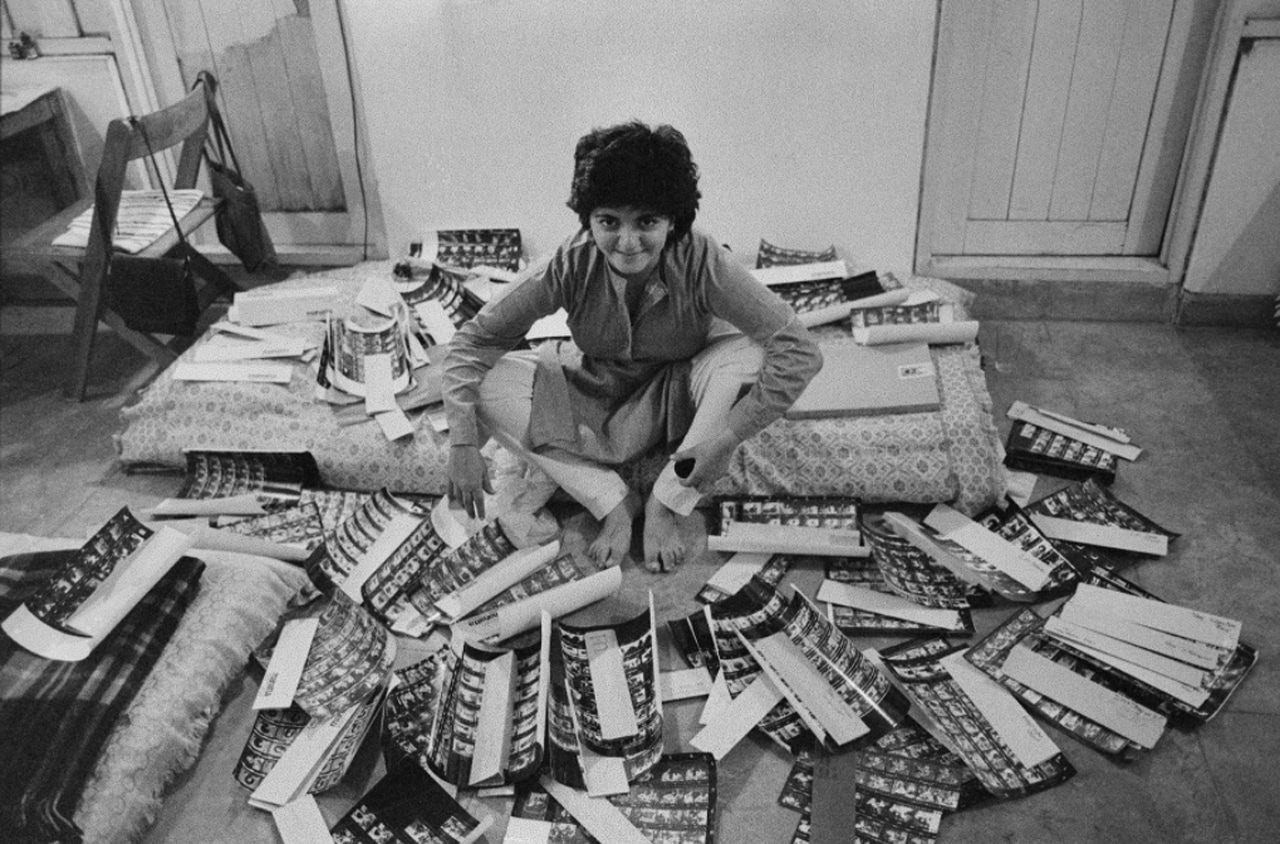 In perfect timing, it was announced just a few days before the retrospective opened that Singh had won the Hasselblad Prize for photography – the world’s most important photography prize. It puts her in illustrious company alongside Wolfgang Tillmans and Nan Goldin. Although she announced she was accepting the prize on behalf of her “musuems and book objects”, the award goes much farther, recognising her ability to continually subvert the familiar categories art and photography. Whilst introducing viewers to her ever complex world filled with intimacy and poetic feeling.