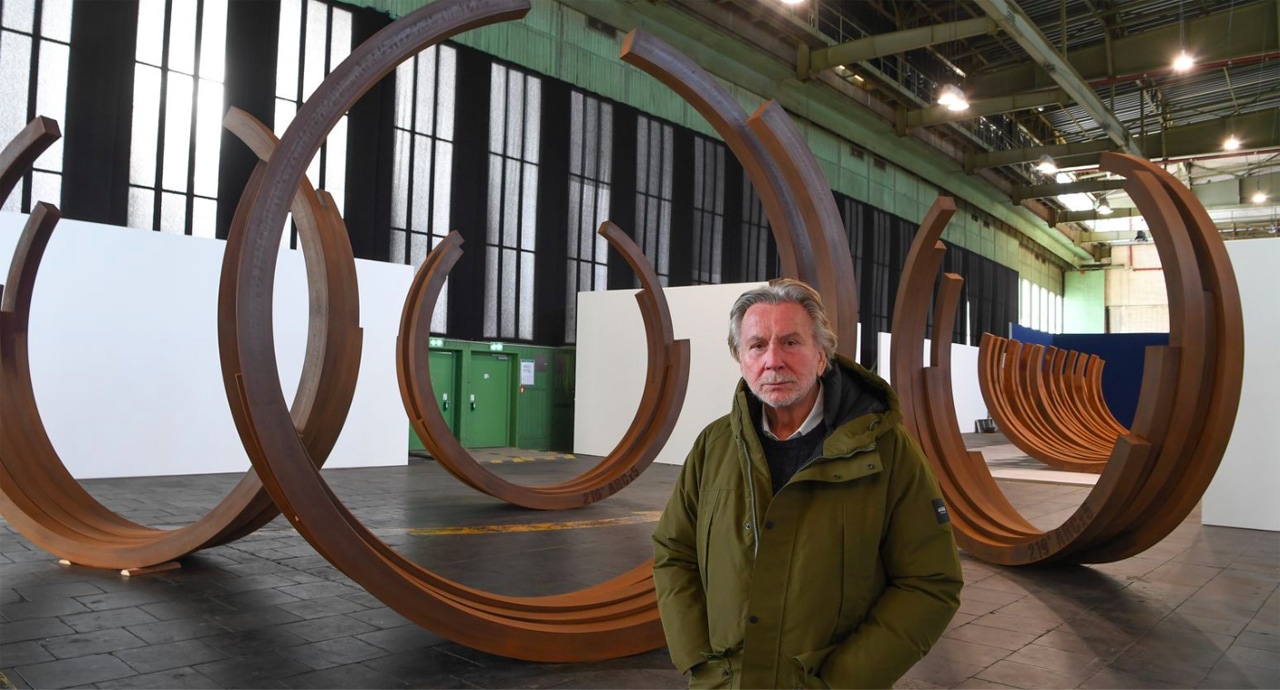 Although you might not be familiar with his name, you would have seen the artworks of Berner Venet. The conceptual French artist has been around since the 1960s and his curved, exact metal sculptures are common sights outside municipal buildings, banks and governmental institutions. They are considered, impressive, striking works and unlike so much public art, are not cumbersome creations, but have a reflective, ethereality, despite being made from metal.

Right now, he is the subject of the largest ever retrospective of his work at the newly opened Kunsthalle Berlin. Featuring over 150 artworks, the exhibition entitled, “Bernar Venet 1961–1966” shows his multi-disciplinary practice and his restless compulsion to reshape his environment through art.

Usually, a widely publicized retrospective of this kind has the potential to boost an artist’s career, elevating them to new levels of appreciation. Instead, Venet finds himself in the midst of furore centered around the ownership of the Kunsthalle Berlin and a controversy which boils down to a struggle for the cultural heart of the city. 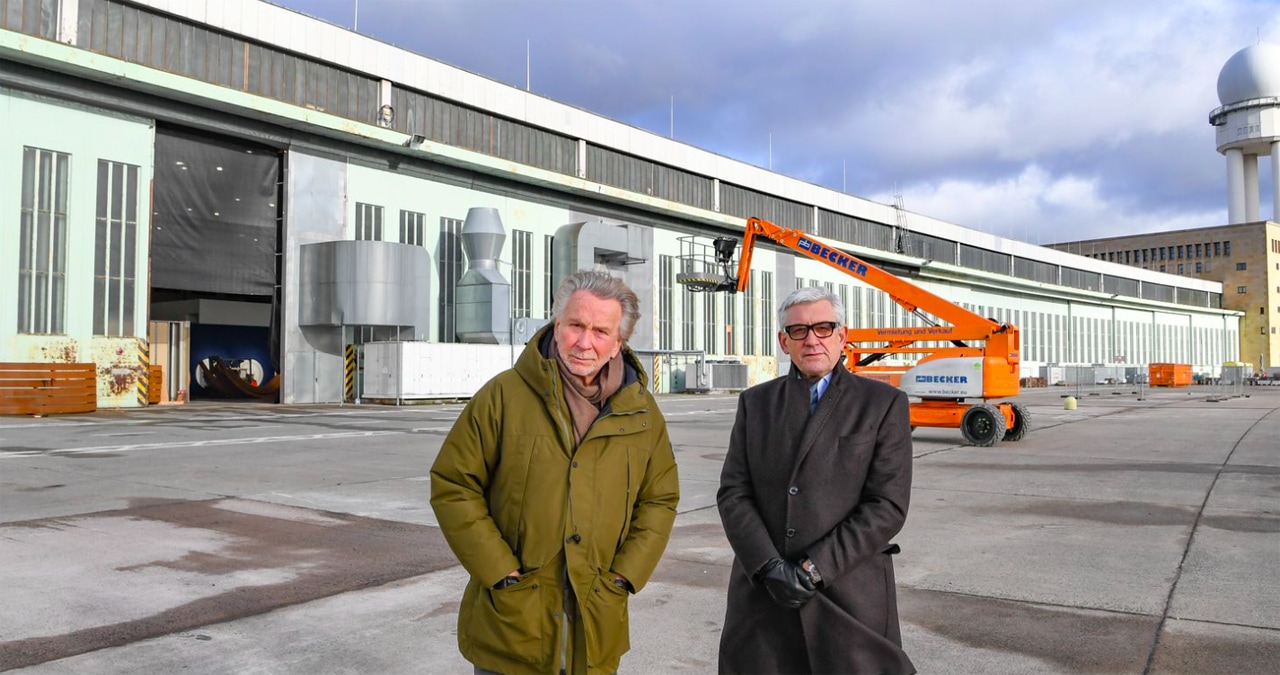 For close to a decade, Tempelhof Airport has been used for one off projects and fairs until last year it was announced that this enormous former Nazi structure would be turned into a permanent art gallery. The news was met with elation. After years of Covid restrictions, local Berlin artists, who have seen their exhibitions and art fairs cancelled and their sales dried up, would now have a new exhibition space for their work and some form of state support.

It has not turned out that way. Rather than exploring ways to set up a space to benefit Berlin’s famed and richly diverse art scene, the city of Berlin awarded the running of the Kunsthalle to the Foundation for Art and Culture e.V. Bonn. A private enterprise headed by Walter Smerling, the director of the Küppersmühle Museum in Duisburg.

In addition, and despite previous assurances to the contrary, it has been revealed that the senate administration will be covering 50 per cent of the operating costs of the two hangars allocated over to the exhibition. Amounting to as much as €50,000 per month, this highly significant sum for a public institution in Berlin, has prompted many to question how it’s possible that the city has deemed it preferable to provide money to a private profit-making initiative instead of promoting its own art scene? 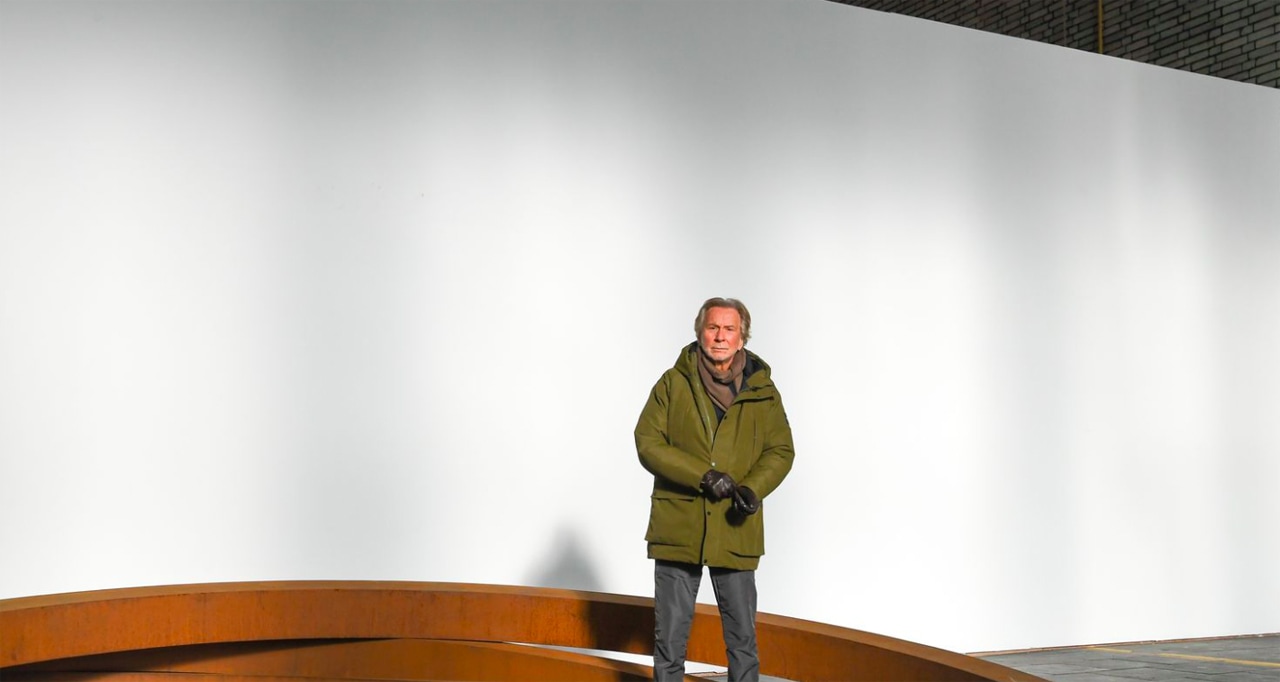 The backlash has been fervent and justified. The forthright South African artist, Candice Breitz has called for a complete boycott of the Kunsthalle Berlin, labelling it “a particularly extreme example of the endemic corruption that’s been going on for years in Germany at the level of ‘private public partnerships’.”

In retaliation, Secretary of State for Culture Torsten Wöhlert (Die Linke), speaking to the art magazine, Monopol, has tried to deflect attention away by claiming that the criticism of the Kunsthalle Berlin lies with its name: “Kunsthalle Berlin suggests: Here is a public space that is accessible, that anyone can theoretically use… a tenant names his event independently.” Whatever the case, it was a crass decision for a public enterprise to make use of the name Kunsthalle Berlin, but an even worse of the senate to allow it.

To make matters worse, this is not Smerling’s first exhibition at Tempelhof. Earlier this summer, his highly criticized touring exhibition, “Diversity United” opened as a reflection of democratic European values. This art blockbuster, featuring the work of Grayson Perry and Gerhard Richter, was scheduled to begin in Berlin, travel to Moscow and finish up in Paris. That was until a series of revelations persuaded 15 artists to withdraw their work from the show and ultimately stop it from reaching Paris altogether.

First came the revelation that its entire curatorial team was white (diverse?), it was then discovered that the participating artists were only paid production cost subsidies and not royalties – the entrance fee was 10 Euros. But by far the worst criticism – as the tragedy of recent events have played out – was its patronage under the Russian President, Vladimir Putin. 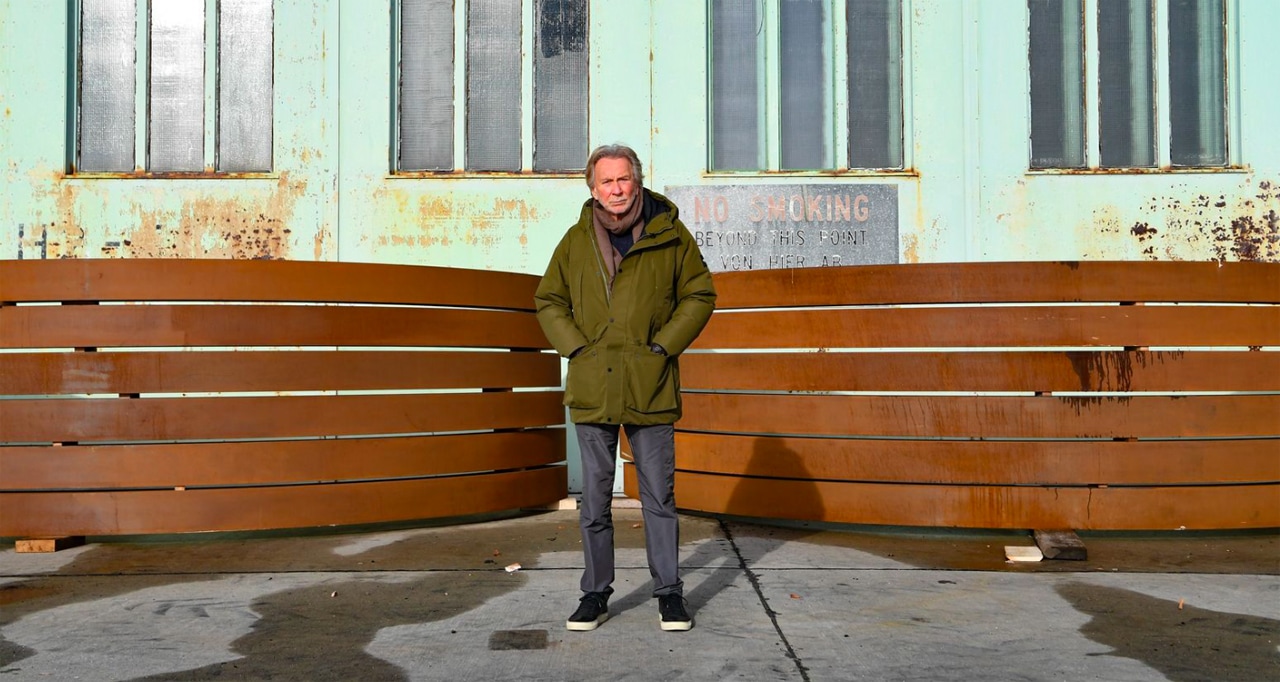 Bernar Venet is of course caught in the middle. Even with a retrospective as large as this, such controversy has completely overshadowed the work of this often radical conceptual artist. Born in Château-Arnoux in 1941, he first rose to prominence in the 1960s with his amorphous installations made by piling up loose gravel, coal, or asphalt. As the title suggests, Tas de Charbon (Pile of Coal), 1963, a seminal work by the artist, had no exact shape, appearing differently depending on where it is exhibited.

After moving to New York in 1966, he spearheaded the development of a radical new proposition involving the use of mathematics and scientific language in art. By the early 1980s he began producing monumental linear improvisations in thick cordon steel. Entitled Arcs, this iconic series tested the very limits of the material and seemed to balance in space. Their apparent weightlessness emphasizing his career long interest in the mathematics of order versus chaos.

Finding any kind of order in the chaos currently shrouding this exhibition is a step too far. However, Venet, who was personally selected by Smerling to appear in the inaugural Kunsthalle Berlin exhibition, will no doubt be the subject of a far less contentious celebration of his work at some time in the future. In the meantime, the exhibition, “Bernar Venet 1961–1966” will continue to highlight the worrying concentration of cultural power within the hands of a select few and justify the demand for far greater public scrutiny of public space and the allocation of state funds.