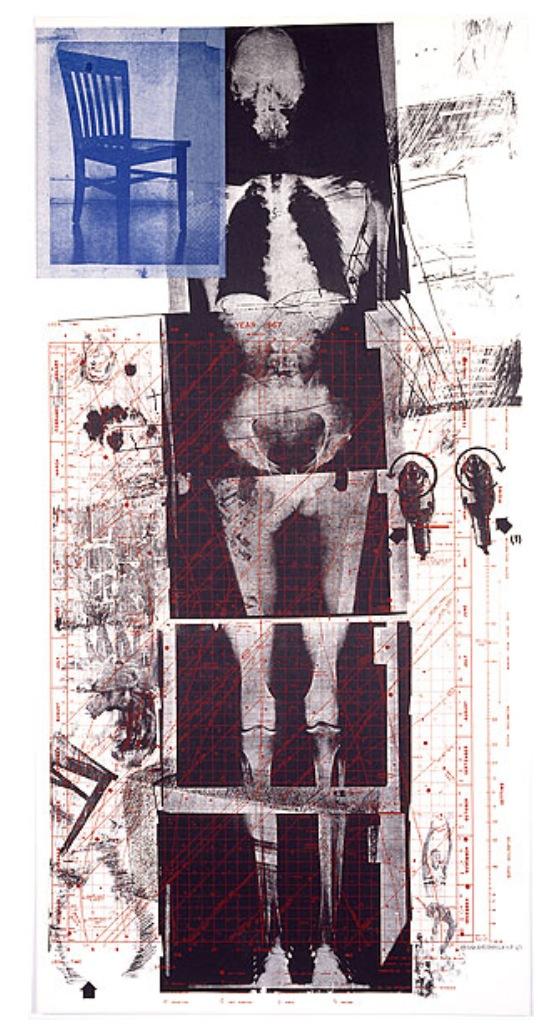 What is it?
Six X-rays of the artist's body joined together to form a life-sized lithograph.

Why is it legendary?
When it was made in 1967 it was the largest handprinted lithograph ever produced measuring nearly two meters in length. Combining lithography and screenprinting this was also the most technically sophisticated print ever seen. It was a phenomenal success and became an icon of the highly successful print period that began in the mid-60s. Alongside the master printers of Gemini G.E.L. Rauschenberg’s highly experimental approach permanently changed the terrain of American printmaking.

Why was it so difficult to make?
Firstly, Sidney Felsen at Gemini G.E.L. had to dig up an old fraternity brother, the physician Jack Waltman, to find someone willing and capable of X-raying Rauschenberg. They then discovered that it was not possible to find printing stones big enough for the print's requirements, so they ended up having to join two stones together. Rauschenberg always had prodigious energy in the printshop—sometimes working deep into the night, the poor printers would work in shifts just to keep up with him!

Is there a twist?
Rauschenberg literally takes a self-portrait of a man, but in doing so exposes the utter lunacy of such an undertaking—the X-rays revealing both everything and nothing. As a viewer we can see the core bone structure but without the exterior we cannot determine anything of substance. Overlaid with an astrological chart, images of furniture, drills and cutouts of athletes in motion, Booster instills all the chaotic yet concise energy of Rauschenberg's best work.

Why a multiple?
Precisely why Rauschenberg decided to make this into a multiple is anyone's guess. His radical reinterpretation of what constitutes a print had made Booster into one of the most complex and demanding works to ever be editioned. This was part of the fun and much like some of his editioned sculptures Rauschenberg wanted to apply the notion of multiplicity to the furthest reaches of print technology.

What is its legacy?
Booster is regarded as the catalyst that catapulted printing into a new era of experimentation. With its gravitas and staggering presence Booster was a print with the impact to challenge the pre-eminence of painting as a medium.

Why call it Booster?
Rauschenberg had stumbled upon a drawing on the pavement of a child carrying a rocket booster and felt inspired!

What did it sell for?
Rauschenberg had become highly collectable by 1967 and it was decided to sell each original edition for $1000—a lot of money in those days. It was an edition of only 38 and it sold briskly, however Rauschenberg was more interested in working out his next outlandish print idea!

Works by Robert Rauschenberg are available now on fineartmultiple—click here to find out more. 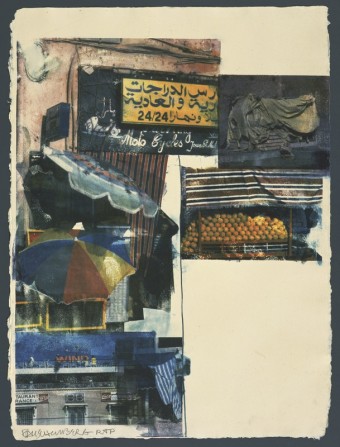 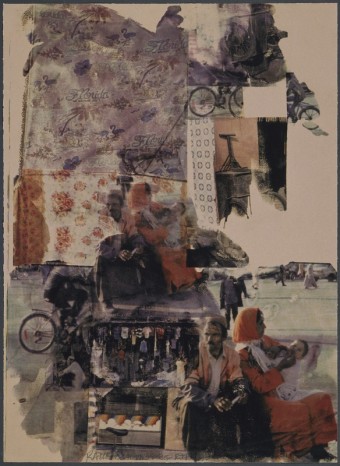