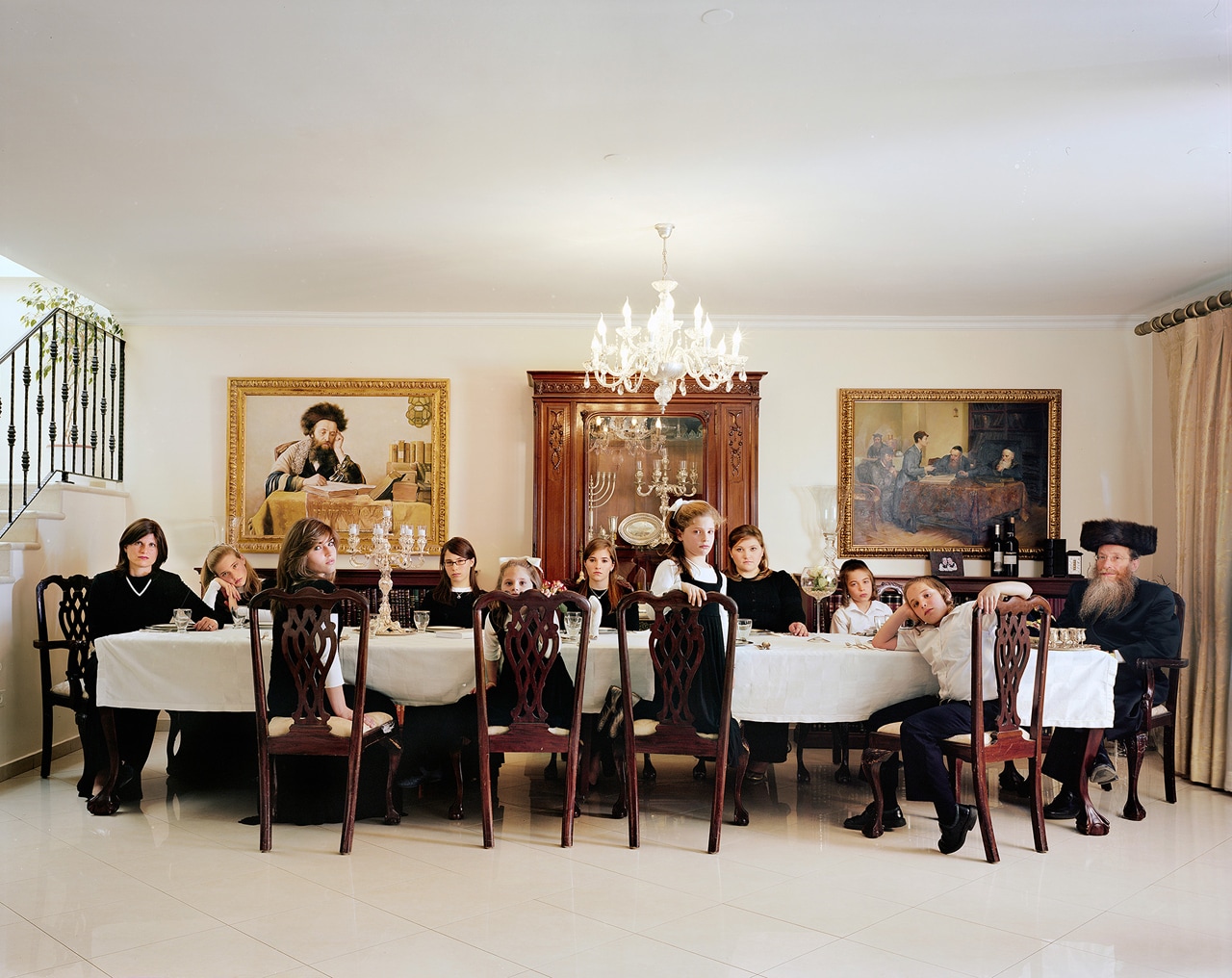 For most outsiders, Israel and its occupation of the West Bank is too complex a scenario to comprehend. Even most Israelis – the majority of whom were born after Israel’s military victory over the Arab States in the Six-Day War – have little or no connection to the pre-1967 borders and have grown up with Israeli settlements threading through the disputed territory. Recently, President Trump tried his hand at bringing peace to the region by boiling it down into a “real-estate deal”, but like so many outsider perspectives it formulated it into a binary simplification: Israeli/Palestinian, for/against, victim/perpetrator, oppressor/oppressed. Ignoring the Bedouins, Druze and Christians who all live within this grinding status quo and glossing over fifty years of simmering bitterness and acrimony.

Responding to these polarised simplifications formed the starting point of Frèdèric Brenner’s exhibition and project “This Place”, now on at the Jewish Museum in Berlin. On the phone form Amsterdam, Brenner tells me that he felt “that no single voice could capture the region’s complexity”, instead he envisioned a collaborative project that would produce “a diverse and fragmented portrait” of Israel and the West Bank.

Featuring the work of 12 established, foreign photographers including Thomas Struth, Jeff Wall and Stephen Shore, almost all of them would be visiting the Holy Land for the first time. Before inviting each artist to participate, Brenner had just one stipulation, “no anger” and he urged each of them to put aside their ideas and beliefs and “dare to not understand this place”. One of the ways he achieved this was by encouraging the artists to become totally immersed in the region and spend at least 6 months travelling around meeting with expert commentators and local people.

“It’s very unusual that a group of not-so-young artists would be invited to do something like that,” says Struth who travelled to Israel and the West Bank six times between 2009 and 2014. In one of his images the bulldozed building material from a new settlement, juts out onto the sparse desert terrain, making the houses look “like they are aggressively eating up the land.” Another photograph features a vast modernist building that seems to be pushing at the very edges of the frame. The Tel Aviv City Hall was the location of Yitzhak Rabin’s assassination in 1995, perhaps the one man who had a genuine chance of finding some form of peaceful resolution. 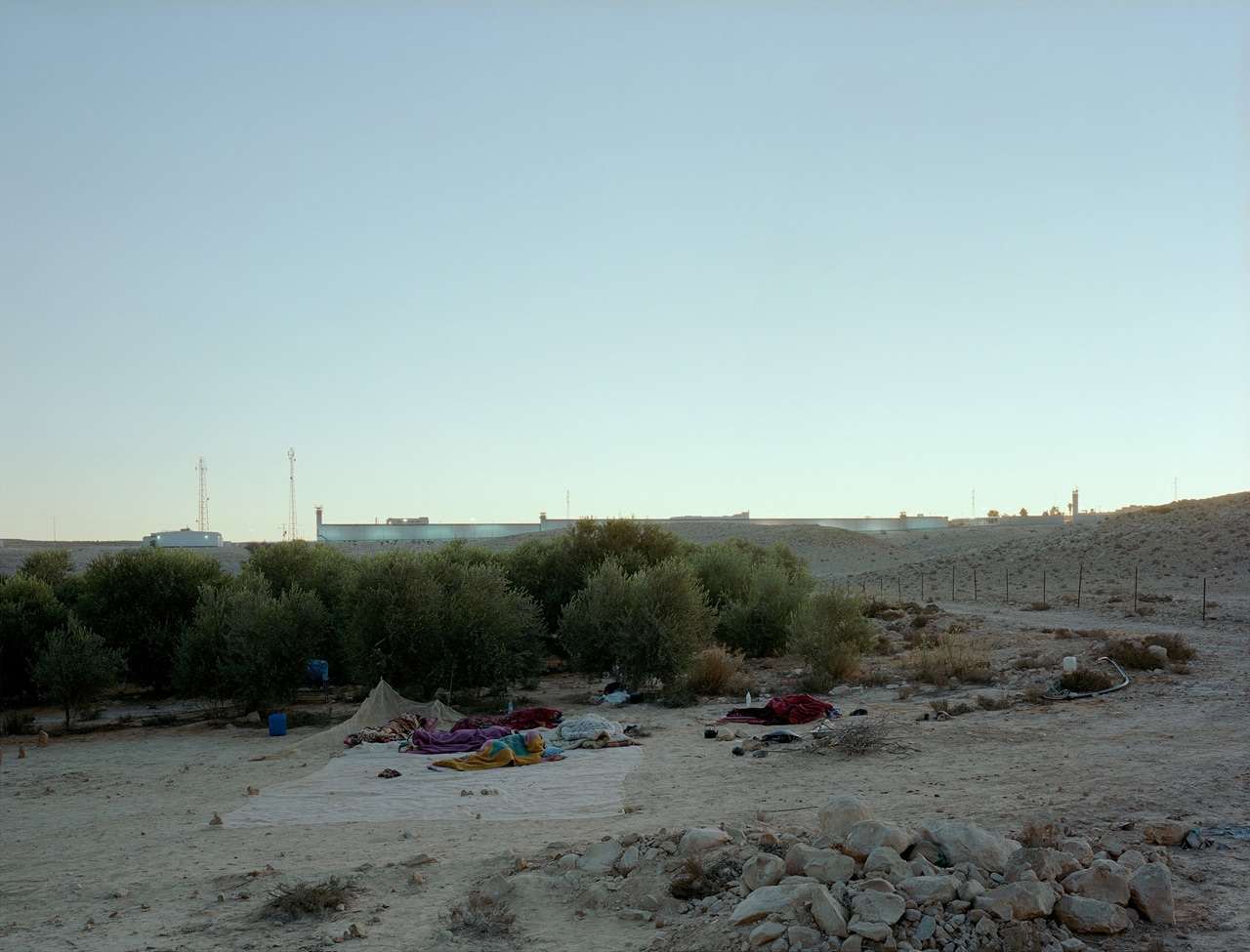 Czech photographer, Joseph Koudelka, focused entirely on the stark, black and white images of the Israeli-built wall that snakes along the borders of the West Bank. One day when he was walking along the Israeli stretch of the wall he came across the graffiti “One wall, two prisons,”. In a videoed interview accompanying the exhibition he states that “A lot of Israeli men, they are realising that they have becoming what they didn’t want to be. I realise how easy it is to move from being suppressed to be suppressor.” A reminder that modern Jewish statehood, achieved after a millennia of diaspora existence and persecution, has, to a certain extent, come to involve the statelessness of another people. Although, Koudelka’s opinion is not in itself surprising, the fact that this is being shown in Berlin’s Jewish Museum certainly is.

“At the core” Brenner tells me, “this exhibition goes far beyond a Jewish perspective”. Originally, they had planned to exhibit “This Place” at Martin Gropius Bau but scheduling issues got in the way and after exhibiting in 2 locations in the US they were invited by Berlin’s Jewish Museum. Since its opening earlier last year, the exhibition has coincided with a difficult period for the Jewish Museum. In June 2019, the museum’s director, Peter Schäfer, resigned amid criticism that he had become too politically embroiled in the boycott, divestment and sanctions movement against Israel that had recently been designated as anti-Semitic by the German parliament. 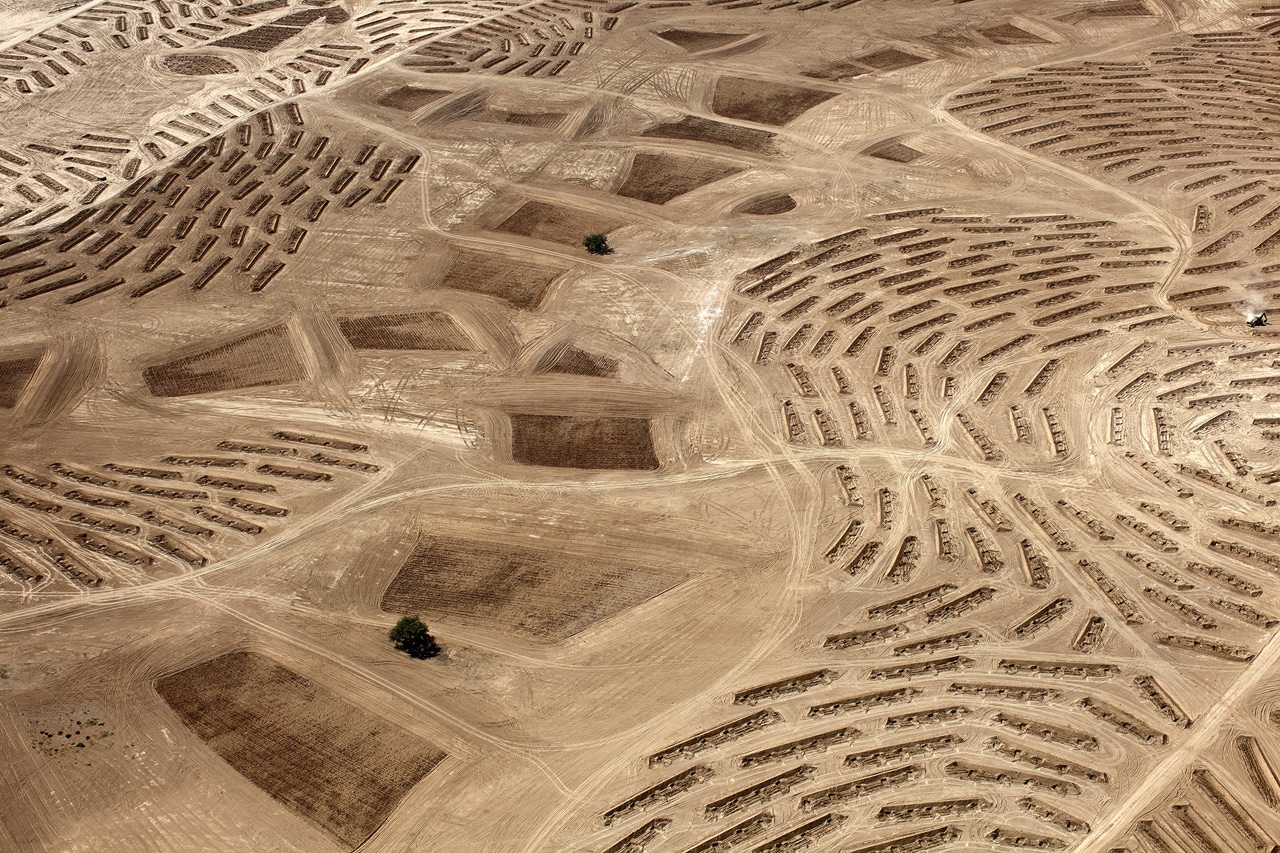 Of course, such matters are in no way the focus of this exhibition, nor are they the concern of the children and adolescents in Wendy Ewald’s This is Where I Live, who were each given their own cameras and encouraged to record themselves, their families and their communities, and to articulate their fantasies and dreams. It is one of the most moving works in the exhibition, putting emphasis on 14 diverse groups that make up this contested land. One series made by orthodox Jewish girls enrolled in the Tzahali Military Academy reveals the bizarre realities of their existence, standing to attention in military garb, holding guns and then playfully, photographing boys, dancing and dressing up. Through these intimate, unsettling, and often funny photographs, Ewald ensures that the project doesn’t ever slide into a colonial perspective. Although Israeli and Palestinian artists were invited to participate, the Palestinians refused and Brenner made the decision that no Israeli artists should be included either.

Brenner, who spent four years organising and fundraising to get the project up and running, also submitted his photographic work as part of the exhibition. I ask if he too “came out totally confused but on a higher level” by his experiences of the project? “It was a stressful experience for each of the artists, including myself” he tells me, but in dealing with “the strange and the foreign and to feel estranged from yourself… that is the only way we can embrace the other.”

This is in no way an easy exhibition, the demanding shifts you as a viewer are expected to make from the stoical portraits of American settler families to the clinical, rubble-strewn remnants of bombed housing and aerial shots of bomb craters can at times feel exhaustive and highly confusing. Precisely, you imagine, what Brenner was after.