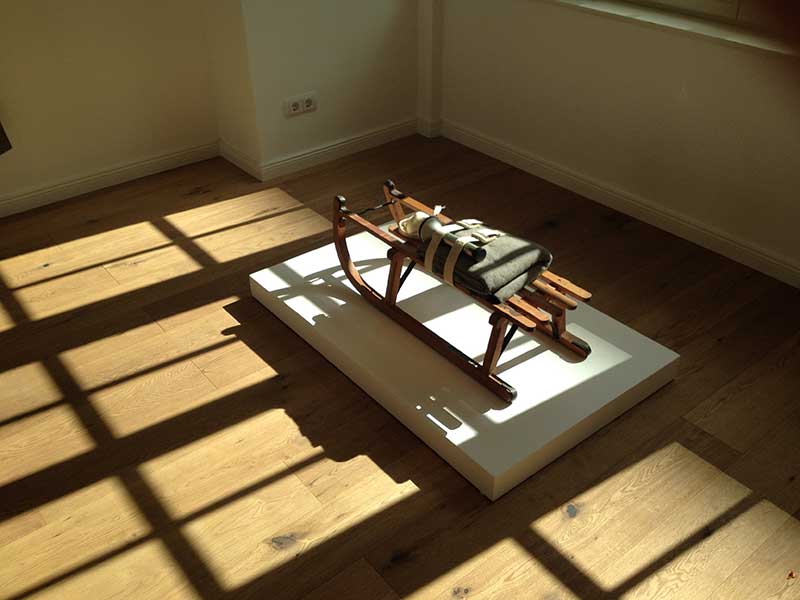 What is it?
A ball of lard, a pile of felt and a torch attached to a sled.

In a nutshell?
The Sled is a primitive rescue vehicle transmitting Beuys' beliefs about the unity of life and the social sculpture—that everything in life should be approached creatively.

What's the story?
Apparently such a survival kit was used by the Tatars to rescue Beuys after his Stuka plane was shot down in 1943. The simple sled—one of the first transports used by man—is loaded with a torch for orientation, lard for sustenance, and finally felt for warmth, Beuys called these his "survivor materials". The Sled is an enormously popular Beuys multiple. It was made in the same year as his installation The Pack, 1969 which featured 24 sleighs emerging out of a Volkswagen van. Acting as a literal metaphor for the dispersal of Beuys' idea of a serially produced vehicle. The Sled is a symbol for transformation and mobility, enabling a reconnection with nature and with the roaming nomadic tribes of ancient people.

Was he really saved by Tatars in the Crimea?
As always with Beuys it is difficult to determine fact from fiction but we know for sure that from 1943 he was deployed as rear-gunner in the Ju 87 Stuka dive-bomber. Although he claimed they were the victims of enemy fire, it was probable that bad weather forced his plane down over Crimea. Beuys maintained throughout his life, despite mounting evidence to the contrary, that Tatar shamans pulled him from the wreckage. As part of Beuys' self-mythologizing, he stated "I remember voices saying 'Voda' (Water), then the felt of their tents, and the dense pungent smell of cheese, fat, and milk. They covered my body in fat to help it regenerate warmth, and wrapped it in felt as an insulator to keep warmth in."

Why did he make it?
Rene Block claims that initially Beuys was resistant to the idea of multiple. Once Beuys had changed his mind, however, he fully embraced the notion because of their low cost and reproducibility, which allowed him to communicate his ideas to a greater audience. Beuys saw himself as a broadcaster and multiples were his antennae to transmit his concerns to the world.

What’s the context?
Beuys’ prolific multiples period coincided with the latter end of the Wirtschaftswunderjahre, the postwar period of economic miracle that began in West Germany in the early 1950s and ended in 1968 with the student protests. Multiples were presented as pieces that anyone could possess, at a time when the new consumer culture and liberal democratic values were coming together to herald a modern new society.

Who bought it?
Published by Edition Rene Block in Berlin, they were first offered for the affordable price of $75 (DM300) and could also be purchased on credit. A few sold straightaway. Every Sled was sold with a plaque that guaranteed its originality. 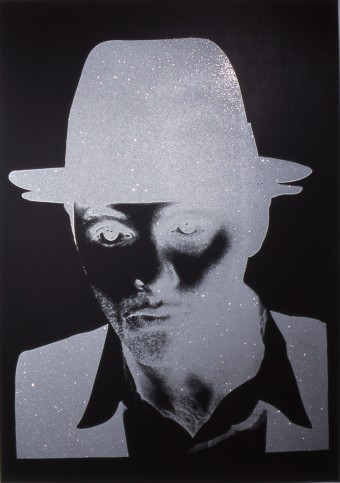