Ai Weiwei’s controversial claim last week that the Germans are rude, racist and authoritarian has prompted outrage and a bit of soul searching in the nation’s capital. After living in Berlin for more than five years, Ai has now permanently moved his family to England, a place, he claims, that provides a significantly better “environment for foreigners.” Unlike Germans, he adds somewhat mawkishly, the English “are polite at least.”

It is not, however, the famously discourteous art world that is the focus of Ai’s ire but three Berlin taxi drivers. “On one occasion,” Ai recounts, “there was a strong perfume. I am sensitive to perfume, so I have to take down the window, and they say, ‘Pull up the window.’ I say, ‘No, the perfume is too strong.’ And they say, ‘Just get out of my taxi.’” Another time the driver was listening to music and my phone rings. My mum calls me from China, I have to answer. He says, ‘Shut off your phone.’ I say, ‘This is my mum.’ He says, ‘You have to shut off your phone.’ Then he suddenly braked and me, my son and girlfriend were thrown forward.” 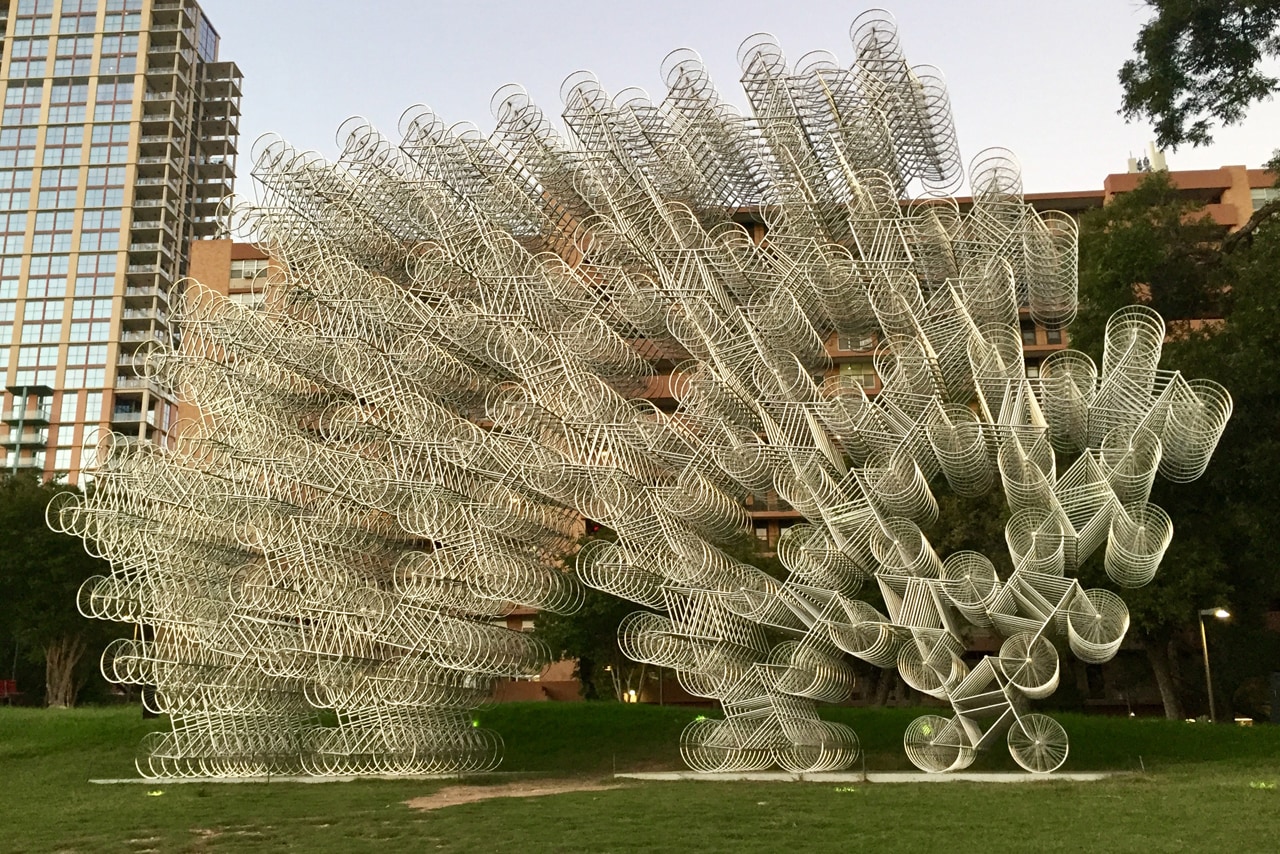 It’s nonetheless extremely problematic to judge a city, indeed a whole country on the behaviour of its taxi drivers. Could it be that Ai hasn’t quite understood the brusque Berlin manner? Blunt, patronising, occasionally funny and often deeply insulting, Berliners relish their reputation for gruffness and straight-talking. Outsiders struggle with this so-called Berlin Schnauze (the Berlin Snout) and even locals need a thick-skin to deal with it. Of course, speaking German helps a lot. Which is the crux of the matter: in his 5 years in Germany, Ai Weiwei has barely learnt a word.

In Cambridge, the wealthy university town where Ai has recently moved; tea will be served in small porcelain teapots, everyone will speak English and the customer will nearly always come first. It’s not the same in Germany where worker’s rights are on an equal footing with the customer’s. It’s one of the reasons that German shops stay closed on Sundays. It’s why you’ll often have no other choice but to wait for a shopkeeper to finish Whatsapping before serving you. It’s why in Germany, Ai should have first asked the taxi driver before opening a window. He may be paying but it is the driver’s property.

Back in 2015, when Ai first took refuge in Berlin, the city met the arrival of this global art star with huge fanfare. It was another feather in the cap of the nation’s capital, the city of reinvention, where anything goes and freedom is paramount. But relations had already begun to sour when Ai’s films were rejected from this year’s Berlin Film Festival, a decision, according to Ai, that was made so as not to cause offence to China – Ai is probably the highest profile critic of China’s Communist Government and “No one wants to commit economic suicide.” 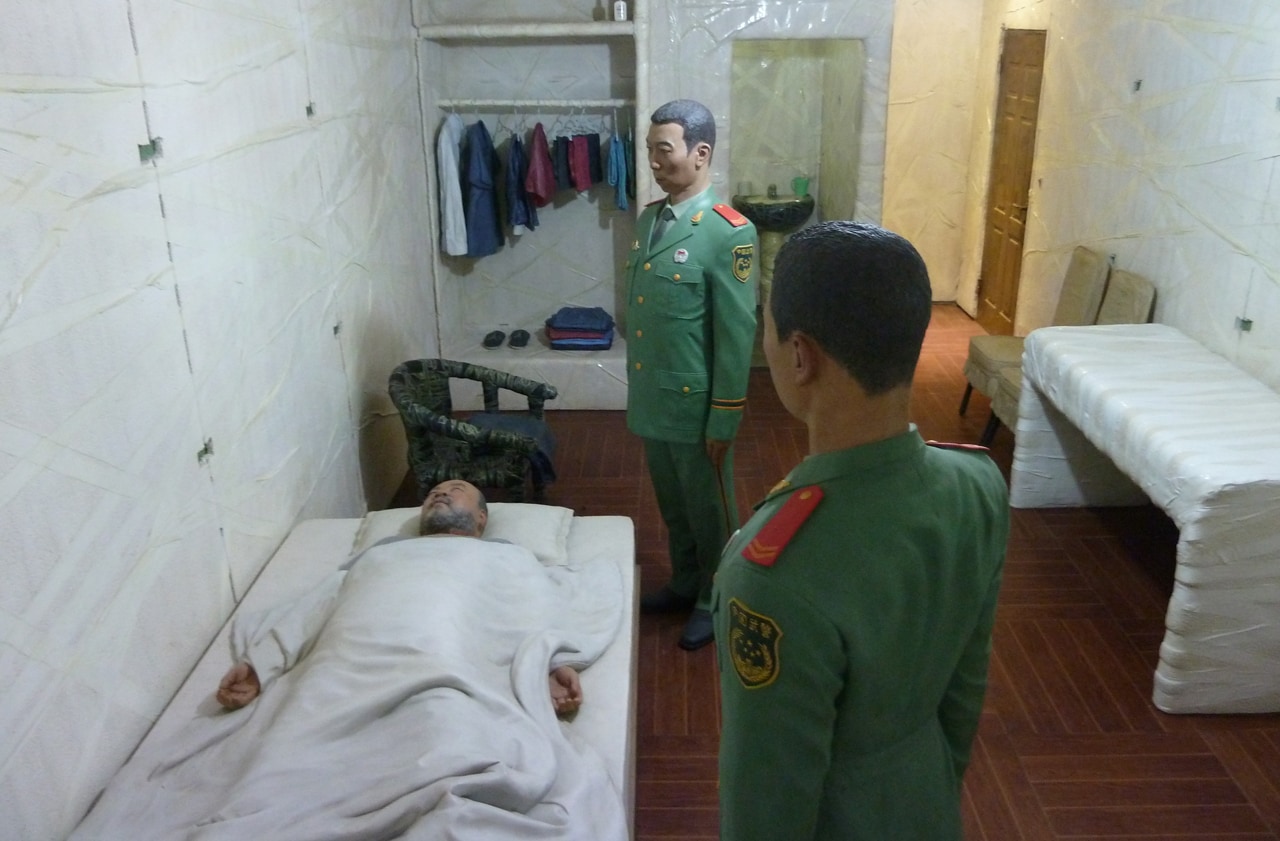 It’s also been alleged that the producers of the (dreadful) 2019 film, Berlin, I Love You, starring Helen Mirren and Keira Knightley, cut scenes involving him and his son to avoid antagonising distribution companies in China, an allegation that’s since been backed up by the producers themselves who admitted to being put in an impossible situation. Increasingly, Ai claims, German companies, organizations and its government are willing to engage in self-censorship so as not to jeopardise Chinese funding.

But it’s more than just shared business interests that link the two countries, according to Ai, who claims in perhaps the most incendiary part of his interview, that the Germans share with the Chinese a love for the “comfort of being oppressed.” A state of mind that “can be very enjoyable. And you can see the efficiency, the show, the sense of their power being extended through the connected-mind condition.” Germans, he adds, “identify with the cult of that authoritarian mindset”, before inevitably making a comparison with the Nazis. All straßen eventually lead back to Hitler.

Around a fortnight before Ai was scheduled to leave for Britain, he received a letter informing him that he is being sued by a casino worker. At first he was perplexed, until he remembered an encounter at the Berlin Casino in Potsdamer Platz a year earlier. Ai is a celebrated “Blackjack Guru” and at the end of the night’s play, he cashed in his chips by putting them on the cashier’s window. According to the artist, the clerk, who must have been in his 50s, leaned back in his chair and said, “You should say, please.”
That artist was taken aback, “What happens if I don’t?”
“You’re in Europe, you know,” the clerk replied. “You should learn some manners.”
“Fine,” Ai answered, “but you’re not a person who can teach me manners.”
In response the clerk leaned forward and said, “Don’t forget that I’m feeding you!”
“That’s a Nazi attitude, and a racist comment,” Ai countered back at the clerk. Later he described receiving a “detailed apology,” and wrongly presumed the whole affair was over.

To the Chinese artist, this short exchange captured the attitude of a lot of Germans he’d encountered: “ethnic prejudice” disguised as a “question of culture”. However we may see it, we must suppose that Ai is in the best position to judge if it was indeed a racist or abusive incident.

It just so happens that in the week Ai published his account in the New York Times, Germany’s Die Zeit newspaper was preparing to expose the secret Nazis past of the Berlin Film Festival’s founder, Alfred Bauer. An exhaustive investigation has revealed that Bauer was not just an “enthusiastic SA man”, but directly involved in one of Josef Goebbels’ propaganda organisations. Presumably, the one person who is not surprised by these revelations is Ai himself: “Is Nazi thinking merely a tumor that can be cut from the body politic and discarded?” Ai asks, “I doubt it. For good or ill, cultures last for years.”

In hindsight, Ai Weiwei and Berlin were on a collision course from the start. For the Chinese artist rules are an irritant, each one another state-sanctioned harassment. In Berlin, society’s rules maintain order, keep the buses running on time and efficiency maintained. Let's just see how he fares in Brexit Britain, land of the ironic aside, where an innocuous remark masks a withering jibe. One thing’s for sure, if he doesn’t mind his Ps and Qs he'll be in for an equally tough time… 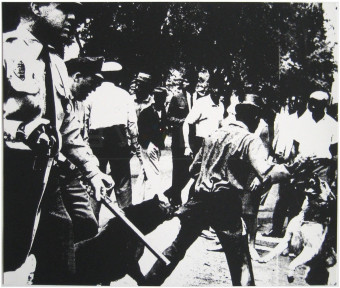 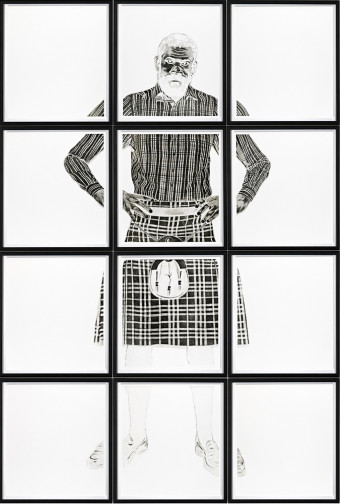