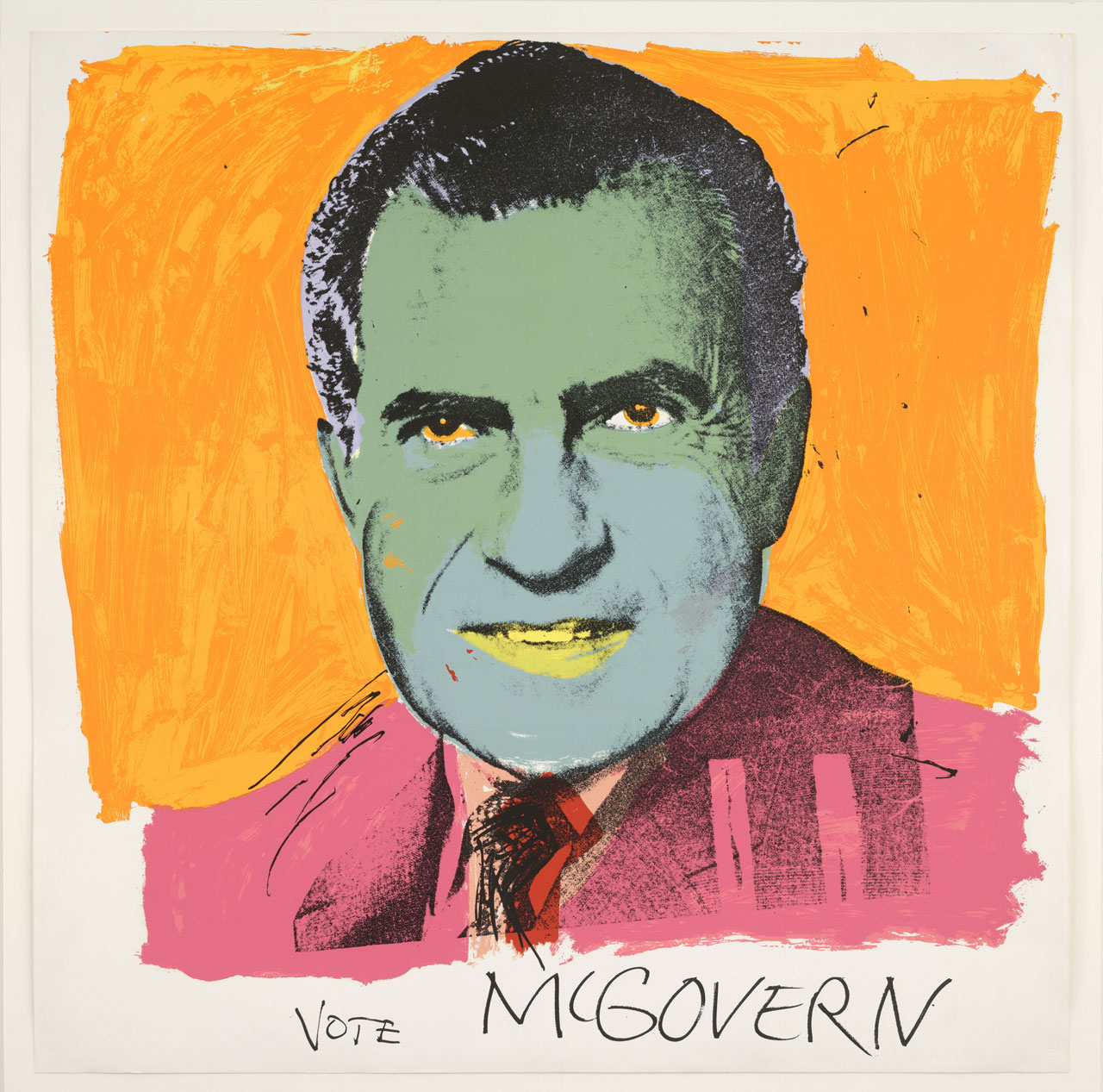 Andy Warhol always regretted making a political poster for the Democrat candidate George McGovern. The artist, usually such a shrewd operator, backed the wrong horse and McGovern lost spectacularly to Richard Nixon. In retaliation, or so Warhol firmly believed, the victorious Republican party made sure that his earnings and accounts were ruthlessly audited each year.

Nobody who sees the oily green skin and demonic expression of Warhol’s Nixon could blame the then president for getting his own back. No one wants to be immortalized as a reptile in art history. Of course two years later in 1974 Warhol would be proved right, Nixon’s impeachment was one of the most jaw-dropping moments in American political history.

Now this screenprint and 200 other limited edition works can be seen at the British Museum’s latest blockbuster show “The American Dream: Pop to the Present”. From Kennedy’s assassination to the civil rights protests, through to the war on terror and even 2008’s financial crash, the vast sweep of American contemporary history is explored through the standout prints of the era. It does not matter how many times we see it, America’s changing political landscape during a turbulent 60 years is endlessly fascinating. 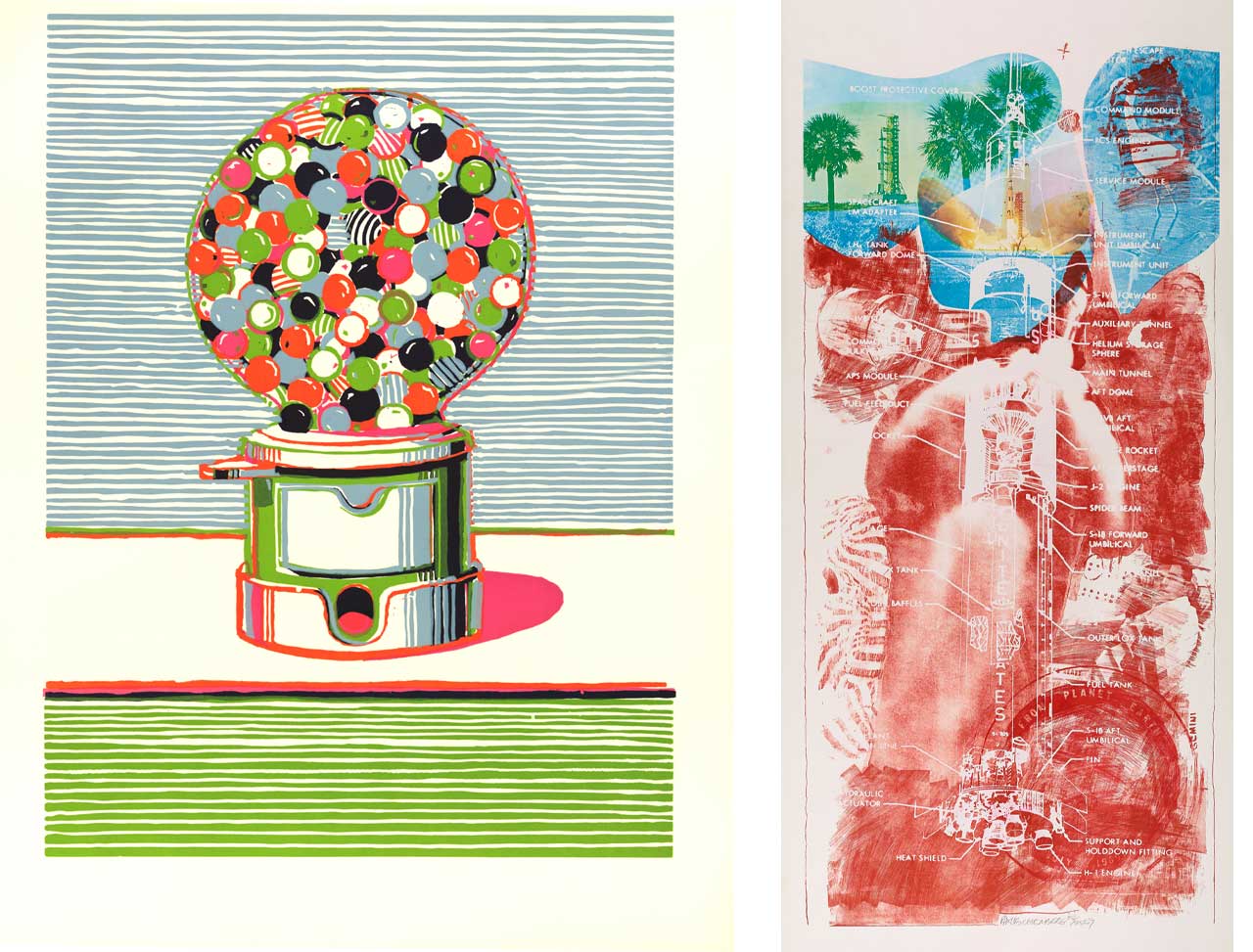 More than 70 percent of the American art prints on show are drawn from the British Museum’s own vast and enviable print collection. More remarkably still, half the prints have been acquired over the past eight years alone, a “fantastic achievement” given the status of the artists and the rising prices of limited editions at auction.

America of course has always had a healthy art print culture. After the success of the Abstract Expressionists, a wave of new print workshops swept through the country in the early 1960s. With their innovative techniques, and never say “no” attitude, they were able to reflect in their bold and ambitious print works the sheer scale and power of America. The collaboration between Robert Rauschenberg and one of the standout workshops of the day, Gemini G.E.L. in Los Angeles was unprecedented. After his groundbreaking 2-meter long screenprint, Booster, 1967, a limited edition work suddenly had the presence and gravitas to take on the prominence of painting.

Around the same time Ed Ruscha was channeling his design background into producing a series of mesmerizing works. His Standard Station is a work of such immense geometric simplicity and compositional splendor, that you can almost imagine passing it as you hurtle down Route 66.

In many ways this exhibition has come at an intriguing time for America, when its cherished exceptionalism has come into question. A time when the country is struggling to come to terms with its divisions and the policies of its own recently-elected President. Even the title “American Dream: Pop to the Present” appears shockingly out of step, when right now the cost of concrete and metal is being calculated to build one of the longest walls in human history.

In such a setting it is a treat to see Jasper Johns Flags 1, 1973 (by now the optimism of the 60s is long gone), one of his true masterpieces made during a prolific 50 years of printmaking. Named after a hero of the Revolutionary War, Johns’ examination of the Stars and the Stripes has lost none of its impact over the years. “I knew it was a flag, and had used the word flag,” Johns once remarked, “yet I had never consciously seen it.” The artwork provoked an evaluation of America’s most potent symbol.

Another startling work has to be Willie Cole’s vast woodcut Stowage, 1997. Cole, an African-American, was shocked as a schoolboy to see an image of people being stuffed into the hold of a Liverpool slave ship like cargo boxes. His reimagining focuses on the domestic roles of his own mother, and in the printing block itself he implanted an actual ironing board. Surrounding the work are 12 iron imprints, like the anonymous stamps of African tribal masks.

Nearby Kara Walker’s aquatint depicts a slave ship being carried to shore by enormous hands emerging from out of the ocean. On dry land we see the silhouette of a plantation owner and slave—offering a glimpse of the gruesome and unforgiving life to come. The beauty of this limited edition jars strikingly with the subject matter. 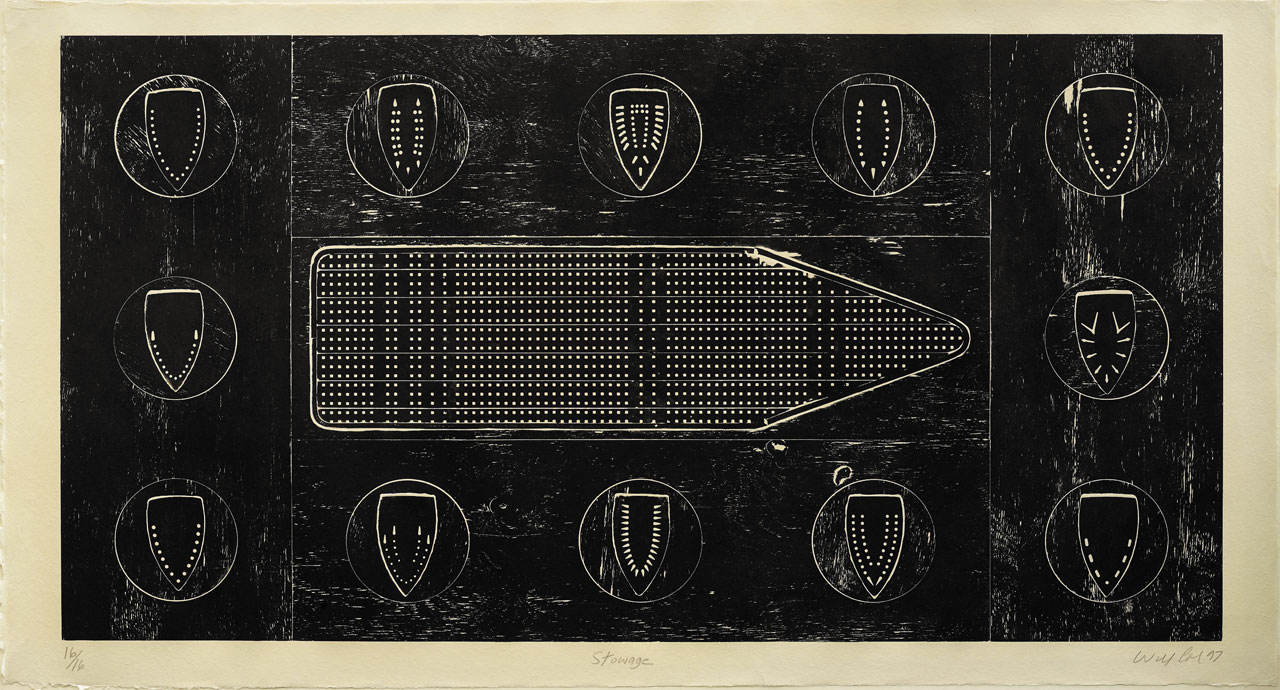 The hyped artist Vija Celmins' mesmeric woodcut of the ocean’s surface, which took a year for her to complete, is something not to be missed as are the chaotic swirls and emotive marks of Julie Mehretu. The Ethiopian-born American uses a form of visual layering to unravel the violent urban environments we inhabit. Having fled the Ethiopian-Somali War with her family in 1977 to settle in Michigan, the artist provides a reassuring reminder of America’s historic role in giving sanctuary to those in need.

"The American Dream: Pop to the Present” at the British Museum runs through to the 18th of June 2017.