Andy Warhol’s machine-like technique, boundless creativity and prolific production has not only caused difficulties when authenticating his work, but also means that documenting every piece he made during his iconic career is a mammoth task.

The first volume of The Andy Warhol Catalogue Raisonné was published in 2002, and 16 years later the project is still ongoing. The latest volume was released at the beginning of this month by Warhol scholars Neil Printz and Sally King-Nero. Covering the Pop Art master’s work and extensive creation in the years from 1976 to 1978, the catalogue reveals a lesser known facet in Warhol’s oeuvre and contains details that are likely to come as a surprise to most Warhol admirers.

The volume includes 733 paintings and features important works such as the Skull and Hammer and Sickle series as well as the Torso and Sex Paintings, and three closely related bodies of work—the Piss, Oxidation and Cum paintings. As is demonstrated by this volume, these years were marked by a transgressive change in Warhol’s subject matter. His work became increasingly abstract in style during this period and series like the Piss works utilized abject substances such as urine—a radical departure from his highly recognized portraits and explorations of mass consumption. These were also the first of Warhol’s works to be produced completely without a camera and not using his infamous silkscreen technique. 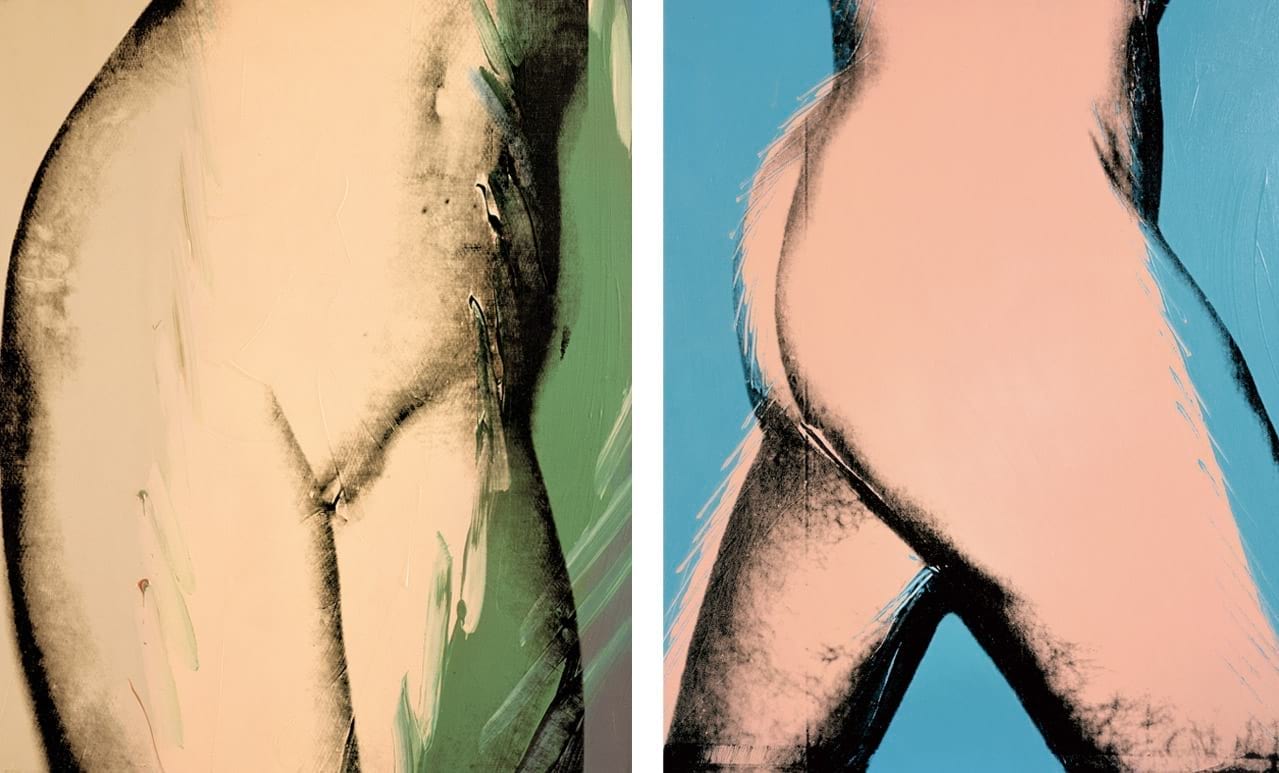 It was in 1977 that Andy Warhol began work on the Torso and Sex Parts series after he discovered a box of explicit nude photographs he had taken years earlier of porn star Ken Harrison. The tamer images from this shoot formed the basis of the Torso works, which borrowed tropes from classical nudes and were debuted at the Grand Palais in Paris in October 1977. He used the more sexually explicit photographs to form part of the Sex Parts portfolio. Only ever intended for private collections, these works border between fine art and pornography but are incredibly significant for Warhol personally—perhaps signaling his final acceptance of his own homosexuality.

In addition to the original model, Warhol also recruited men from gay bath houses to come to the Factory and pose for him for Sex Parts. Using a 35mm camera and a Polaroid Big Shot, he was able to capture close-ups of different body parts while maintaining his own aesthetic distance. Through repetition and such distancing he managed to—in spite of the explicit material—break the kind of taboos normally associated with nudes. When attempting to justify the provactive nature of these works, associate and Torso model Bob Colacello recalls that Warhol said, “Just tell them it’s art, Bob. They’re landscapes.” 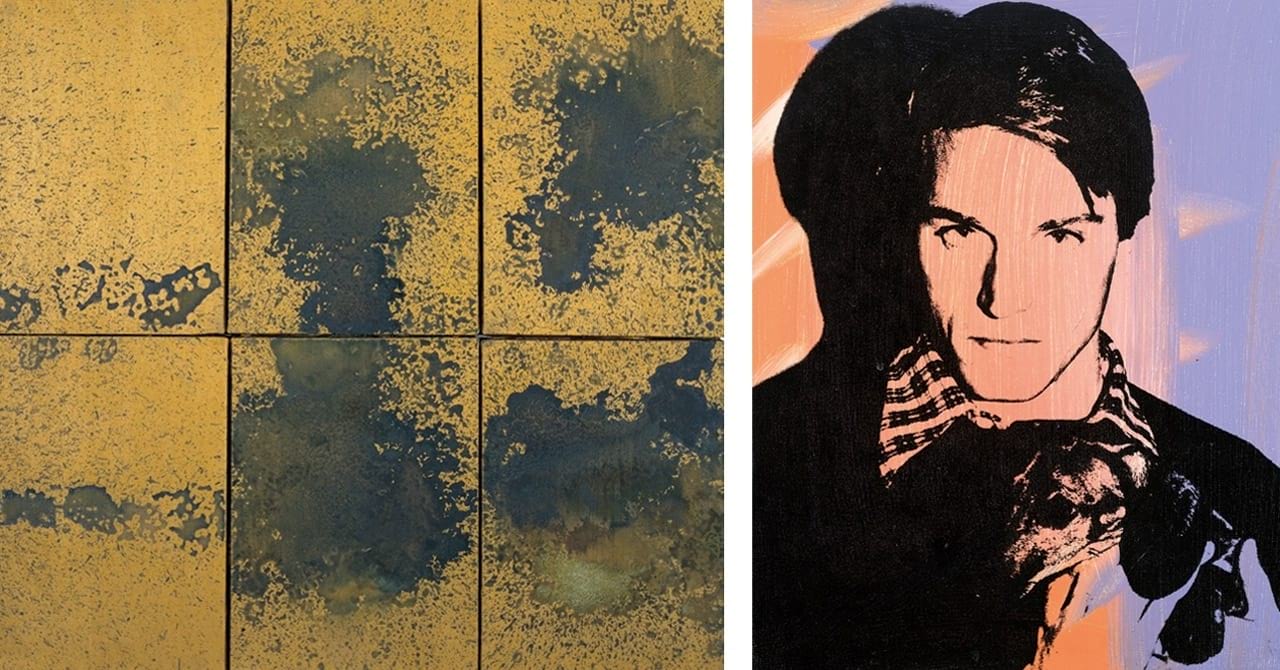 Departing even further from his recognized style were the Piss, Oxidation and Cum series which were born out of the kind of daring attitude that the Sex Parts works fostered. These series allowed Warhol to explore his preferred voyeuristic position in relation to practices that were popular in gay male sex clubs and leather bars. The Oxidation and Piss works are often referred to interchangeably but the Catalogue Raisonné attempts to differentiate between them. It explains that while the Piss works were executed with urine applied directly to primed white canvases, the Oxidation works were painted with urine on canvases prepared with either copper or gold metallic paint. Despite initially referring to these works as “dirty and diseased”, Warhol continued to play with such substances during the 1980s. In 1982 he took it even further, screening Jean-Michel Basquiat’s portrait on top of leftover Oxidation paintings—creating perhaps the most memorable piece from this series. 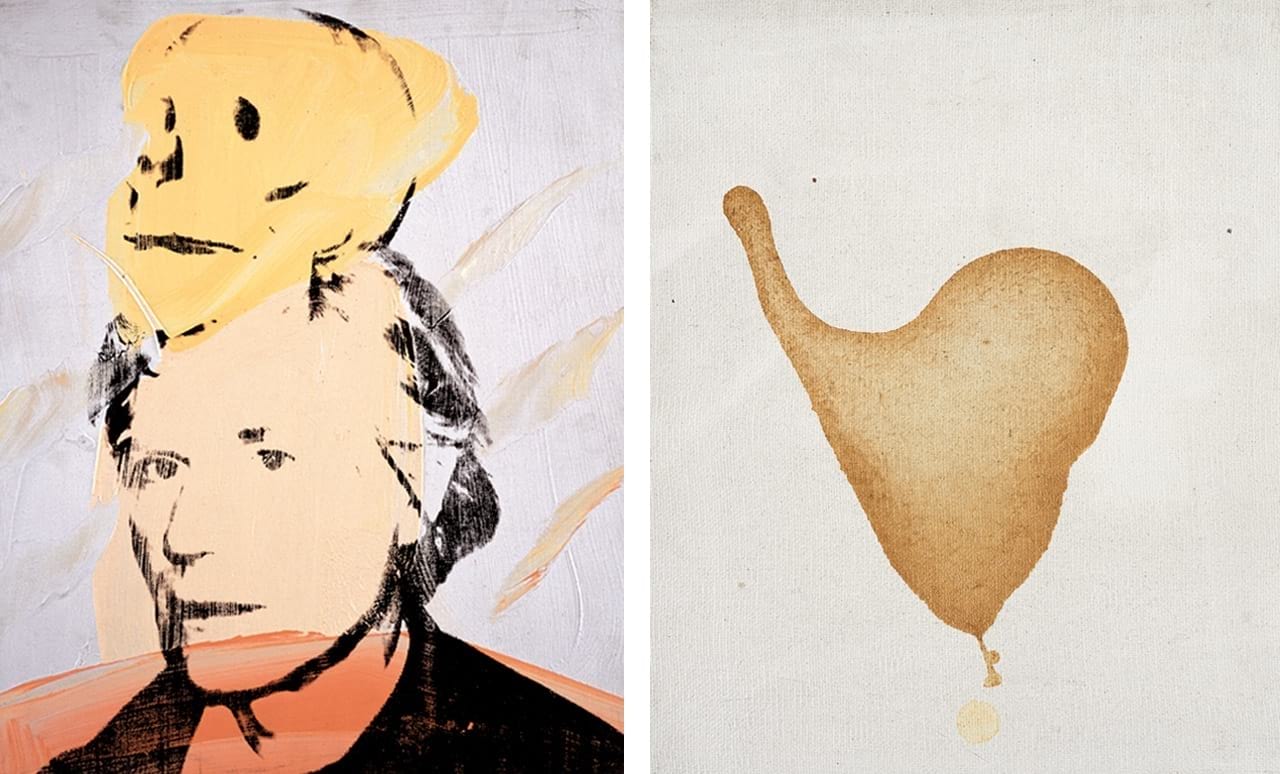 A selection of Andy Warhol’s prints are currently on display as part of the Andy Warhol: 90 Years exhibition at Kunsthalle Koidl, Berlin from September 29, until November 11, 2018.