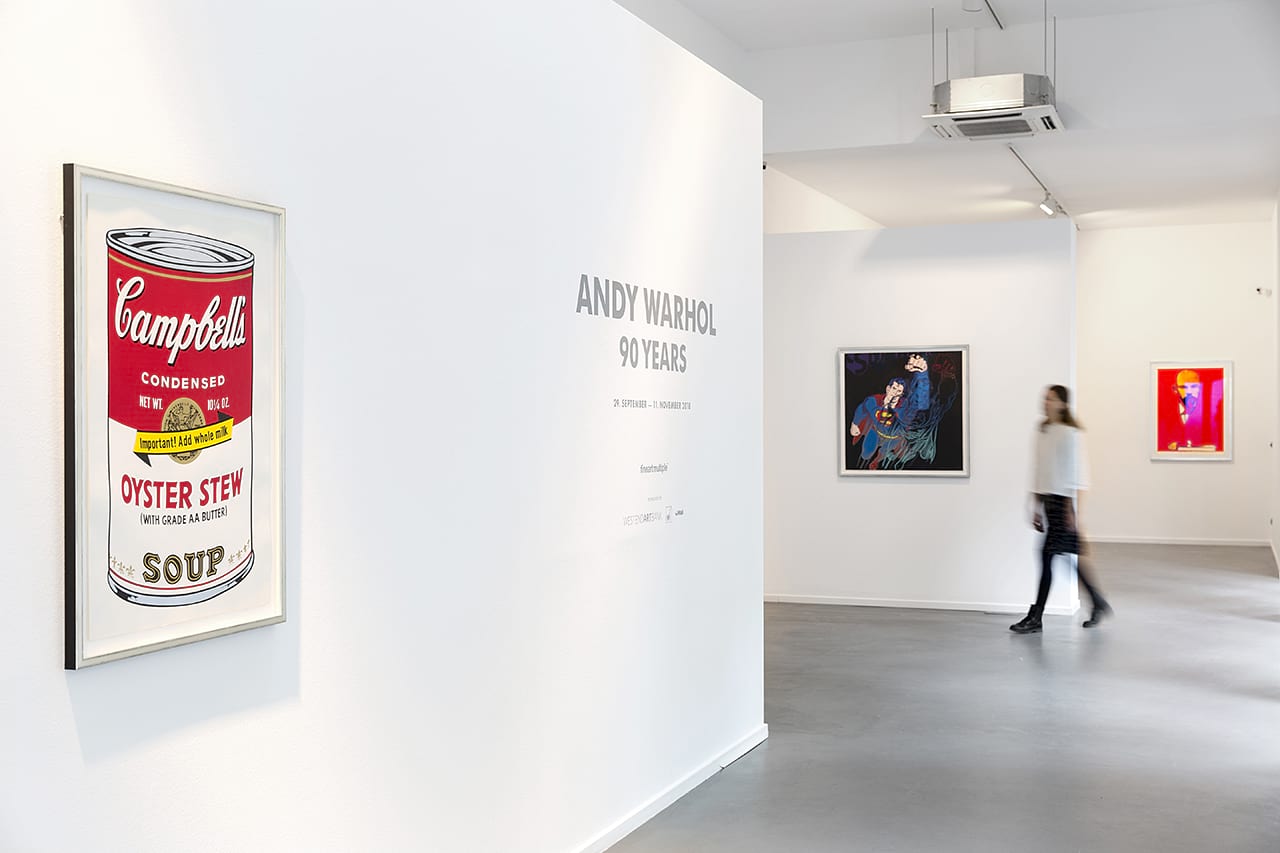 During Berlin Art Week, when the rich diversity of the city’s art scene was again spotlighted, Kunsthalle Koidl hosted another opening and dinner with friends, collectors, and art lovers at its non-profit space. The exhibition at Kunsthalle Koidl brings together an eclectic selection from the graphic oeuvre of Andy Warhol and is a joint celebration of the Pop Art legend’s 90th birthday and the Kunsthalle’s 10th anniversary. The show is organized by fineartmultiple in collaboration with several of our inspiring member galleries, customers, and our partner AXA Art.

The selection of works, curated by Head of Sales Cordula Peltzer, reflects the astonishing impact that Andy Warhol had on the history of art by bringing together prints that emphasize the inventive nature of his technique. With his unmatched ability to tap into the cultural zeitgeist, Warhol managed to pool together some of the major motifs of his time and serialize them through his silkscreen method. Displaying several prints from the same series, Andy Warhol: 90 Years allows visitors to appreciate the artist’s ability to repeat an image as a parody of mass production methods.

The show also reveals Warhol’s skill in extracting icons from their original source and severing them from their context. Diamond dusted prints from the Cologne Cathedral series, part of the AXA Art collection, and two of the Shoes series, appear like cut-outs. Such a singularization of subject matter not only speaks of Warhol’s concern with mass production, but also allowed the artist to exalt his subjects and subsequently create his signature style. 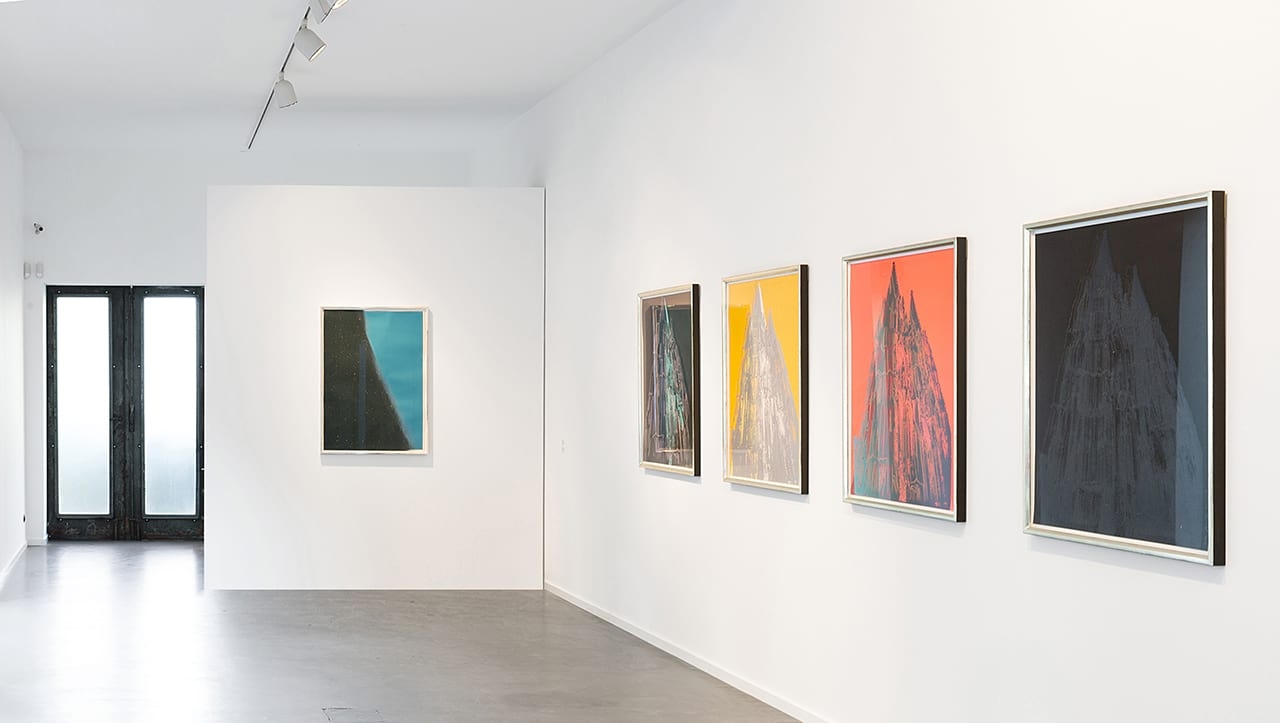 Opening the show in the Bauhaus building, which was founded by entrepreneur and founder of fineartmultiple, Roman Maria Koidl, is one of Warhol’s Soup Cans—among the most recognizable images from the modern art canon. Shadows II, from the eponymous series, represents the artist’s early explorations into abstraction. Created in collaboration with his entourage at The Factory, over 50 of the unique silkscreens are currently being reunited in a display at Calvin Klein’s New York headquarters. These abstract works do not have a photographic source, but instead were painted using a sponge mop—thus marking some of Warhol’s first investigations beyond the figurative.

Commemorating man’s momentous achievement, the Moon Walk series was the last one that Warhol ever made. In the exhibition we see one of the unique trial proofs that the artist created prior to printing in his quest to find the best color match for the series. Emotive and dramatic, the print at the Kunsthalle appears like shot from a movie, and complements perfectly the strength and power of the Superman from Warhol’s Myths series.

Also on display is Red Lenin—a very atypical piece for the artist both stylistically and in chosen subject matter. Set against a deep red background, Warhol’s Lenin is rendered with minimal lines and lacks the contrast that often characterizes his work. The choice to depict the Russian communist revolutionary marks a departure from Warhol’s obsession with glamour and icons from the comparatively shallow world of the rich and the famous.

The exhibition traces the trajectory of the artist’s fascination with the screenprinting technique and his desire to redefine it as an art form. Starting in the 1960s with banal subjects such as the Soup Can, Warhol went on to industrially reproduce different facets of the human experience, always applying his signature splash of color and pop aesthetic—revolutionizing the way art was understood.

Andy Warhol: 90 Years is on display at Kunsthalle Koidl, Gervinusstrasse 34, 10629 Berlin-Charlottenburg, until November 11, 2018. For more information please contact us on info@fineartmultiple.com or +49 (0) 30 2363 0280. The Kunsthalle Koidl is open from Friday through to Saturday from 11am to 5pm. 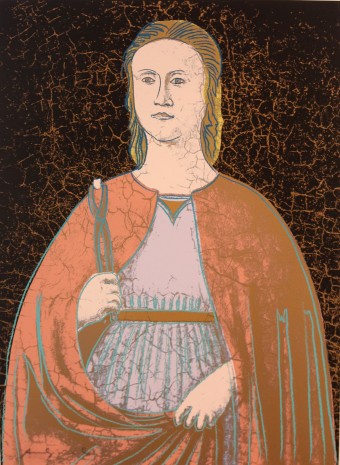