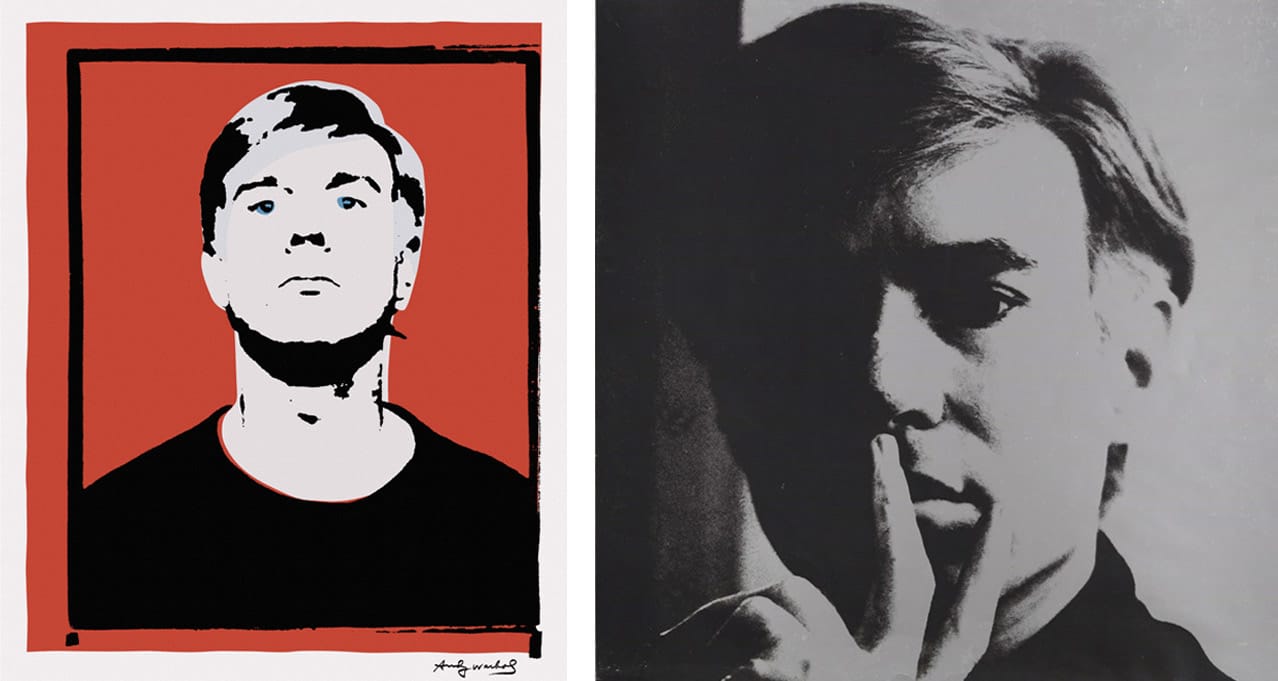 The Warhol Sixth Sense: How to Authenticate an Andy Warhol Print

“No one would know whether my picture was mine or somebody else’s.”
Andy Warhol in a 1963 interview with G. R. Swenson

Few artists have been subject to as intricate and controversial debates over authenticity than Andy Warhol. The Pop Art icon, who wanted to paint like a machine, often distanced himself from the actual production of his works, leaving his printing to his assistants and merely signing the works. This radical approach challenged traditional conceptions of what art is, but also means that determining a genuine Warhol can be an incredibly complex task.

The Andy Warhol Foundation, set up in 1987, just after the artist’s sudden death aims to preserve Warhol’s legacy. It was set up by Fred Hughes, Warhol’s business manager and became the overseer of Warhol’s estate and reputation. The Foundation estimates that there are over 100,000 limited editions in circulation and to retain their integrity must remain dedicated to ensuring that what people buy is not forged. Currently there exists only one sanctioned method of getting your work authenticated; consulting the Foundation’s own Catalogue Raisonné. However, and as many will know, there did exist a controversial alternative.

The Andy Warhol Authentication Board, set up in 1995 in association with the Foundation, aimed to become the sole authority on Warhol authenticity. While most of the great artists’ estates have their own panel of experts, none has been as feared, disdained and contested as Warhol’s. Shrouded in mystery, the six board members, who were based in New York’s Chelsea district, cast their final decision using either an A, B or C. “A” for “work of Andy Warhol,” “B” for “not the work of Andy Warhol,” and “C” for “not able at this time to form an opinion.” They never revealed the reason behind why they denied a work in fear that it would aid forgers. A piece would simply come back stamped with a red “denied” and was hence declared “not the work of Andy Warhol.”

One of the highest profile cases in the board’s short history began in 2001, when American filmmaker Joe Simon-Whelan tried to get his 1964 Warhol Self-Portrait authenticated. It was denied. After collecting more documentation as to the work’s validity, including letters of support from Warhol’s Factory assistant Gerard Malanga and Factory photographer Billy Name, as well as an examination from Fred Hughes, he re-presented his work to the board. But alas, it was denied again.

Frustrated to be left with a worthless piece, Simon-Whelan started a lawsuit against the board, which would last over 4 years, cost over $7 million in legal fees and eventually contribute to the board’s disbanding in 2012. His piece, previously untitled, has become known as Double-Denied, a true testament to his and many other’s tyrannical experience of The Andy Warhol Authentication Board.

In the absence of a sole authority, people began turning to independent experts and scholars with their Warhol’s. Richard Polsky, art dealer and author of I Bought Andy Warhol and I Sold Andy Warhol (Too Soon), capitalized on this trend and launched “Polsky’s Andy Warhol Art Authentication Service” in 2015. Based on over 30 years’ involvement with Warhol’s art, he believes he has developed a sixth sense about what is authentic. For prices starting from $1250 he will evaluate your work, using his vast knowledge and intuitive skills. He will even provide a letter explaining how he arrived at his decision­­—a softer blow to disappointed collectors than the board’s harsh and multilating red stamp.

Late last year Polsky also announced that he is going to launch his very own (unauthorized) addition to the Warhol Catalogue Raisonné. Defiantly he will even include works that were rejected by the Authentication Board­­—a final nail in their coffin.

There are a number of other scholarly experts who will provide you with an authentication service. Art Experts Website boast of having over 10 years worth of experience and will give a preliminary expert opinion in 48 hours for $150. For fear of facing the same disdain and legal action as the board, many experts have preferred to not come forward as individuals, rather working as a group so as to minimize personal risk. The authentication business, particularly in the case of Andy Warhol, is complicated and can be messy, but purchasing through a trusted site and building up your own knowledge will minimize the risk.

Even without the aid of an expert there are a few ways to spot whether a Warhol is real or not, based on both the aesthetic and physical qualities of the work. One telling sign is the signature on the piece. Throughout Warhol’s career, his signature developed, varying from cursive to initials to stamps, depending on the year. If you can match the signature to the supposed date, that is a great indication of authentic work.

Art is often accompanied by documentation, known as provenance, that confirms its authenticity. As Art Business writes, “good provenance leaves no doubt that a work of art is genuine and by the artist whose signature it bears.” If the total edition number on the piece matches the information in the Catalogue Raisonn&eacute, the signature is correctly located and in line with the given information, and there is a written proof of provenance and detailed condition report, then you can be confident that it is an authentic print. Equally, if it has gone through any of the big auction houses such as Christie’s or Sotheby’s, then it will have come under the scrupulous and expert eyes of their in-house specialists, meaning its legitimacy is essentially guaranteed. Also you must take into consideration the gallery from which you are purchasing. If they are able to disclose where the piece comes from, along with full documentation, and if they are part of the global network of high-profile art fairs, then you can be even more confident.

As Richard Polsky once explained, “you can’t buy a fake Jeff Koons—it would cost too much to manufacture.” Andy Warhol’s screenprints, so often distanced from his own hand are, however, easier to recreate. While the Authentication Board was set up with honest intentions, it quickly became problematic and the ceasing of its activities has allowed for the Foundation to concentrate more of its funds on supporting the work of emerging artists. Authenticating a Warhol print can appear like an incredibly complex process, but through a coherency of information between the Catalogue Raisonné, the gallery, full documentation, and the number and signature on the work itself, it is possible to be secure when buying an authentic Andy Warhol. Reputable galleries and compliant online platforms are well aware of the intricacies and will only sell prints with clear record of each step in the piece’s circulation history. This is how we must keep the iconism of Warhol’s masterful prints alive and ensure that authenticity is kept at the core of buying art.