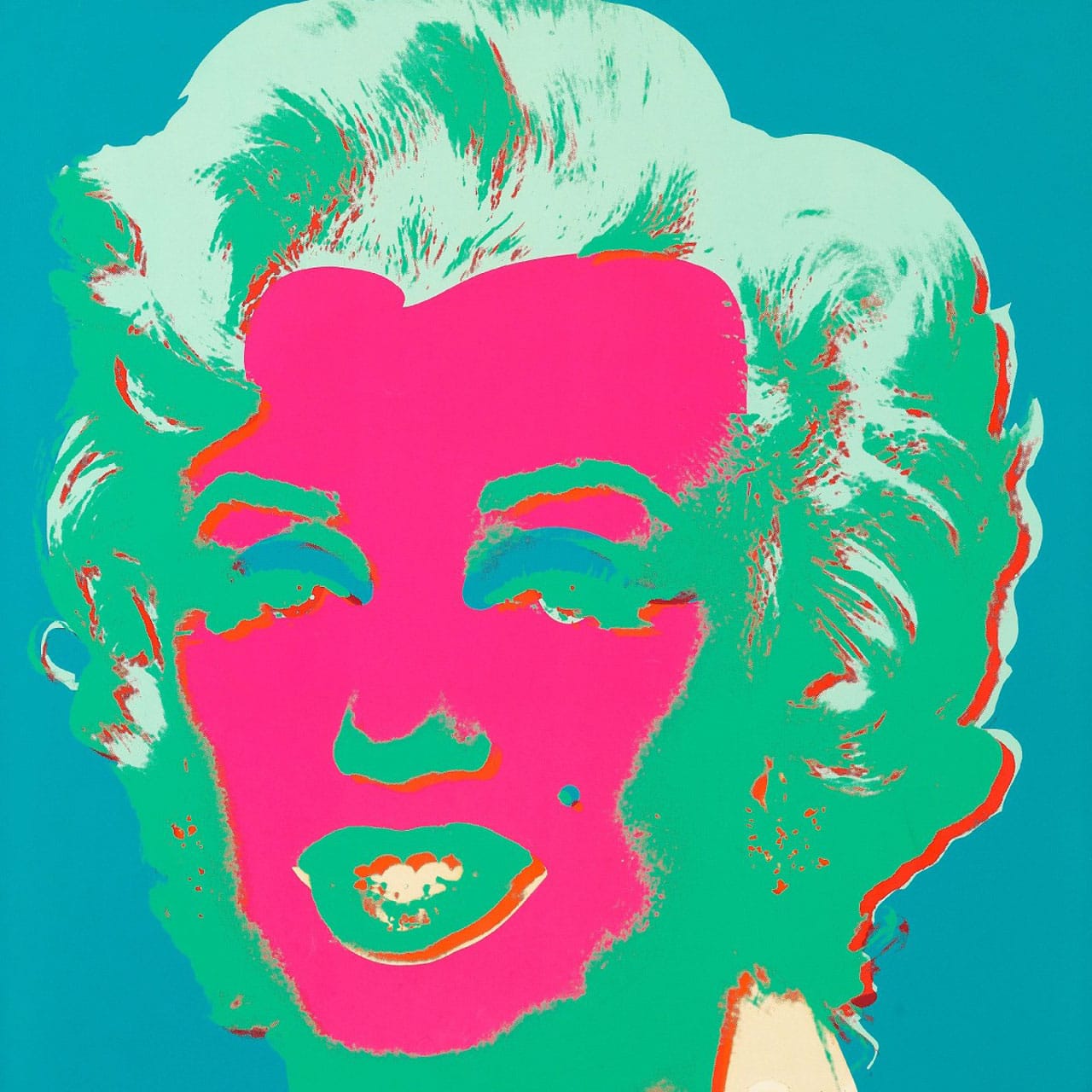 “It was all so simple quick and chancy. I was thrilled with it. When Marilyn Monroe happened to die that month, I got the idea to make screens of her beautiful face.” Andy Warhol on Marilyn Monroe

What is it?
A screenprint depicting the great actress, Marilyn Monroe by Andy Warhol. Such is the significance of the work, that Warhol can truly lay claim to having made an icon out of an icon.

Where did the original photograph come from?
The photo came from a publicity still from her 1953 film Niagara. The film was the first time Marilyn Monroe had received top billing and is largely believed to have made her into a star.

What first prompted Andy Warhol to begin working on Marilyn?
Just a matter of weeks after the actress’ death in 1962, Warhol began producing a series of Marilyn Monroe masterpieces. Her huge worldwide appeal, staggering beauty, juicy private life, and tragic death made her into the ultimate female celebrity of the postwar era. Warhol, an excellent self-promoter, knew that a portrait of Marilyn would be immensely popular. And by both celebrating the glamorous veneer of her celebrity, whilst acknowledging its darker complexity, he revealed his remarkable insight into American culture. 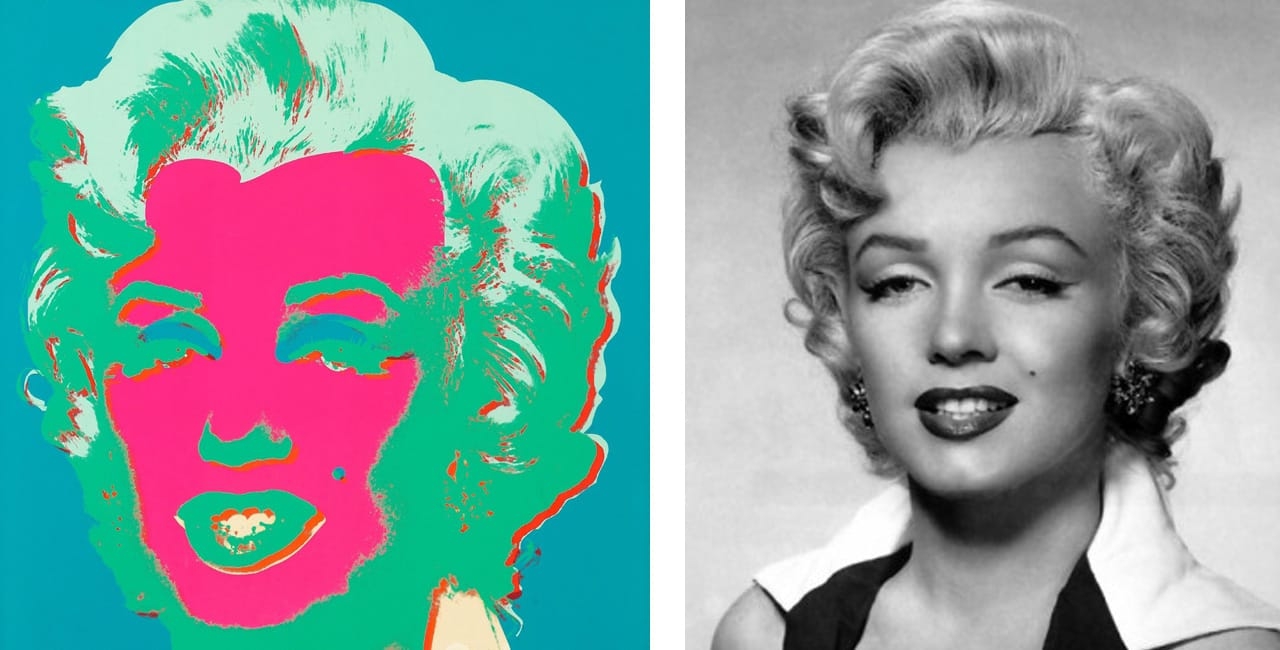 Why a limited edition screenprint?
In around 1962 Andy Warhol began experimenting with a new printing process called screenprinting. He was thrilled with the results which were machinelike and replicated the process of an assembly line. It allowed him to quickly “pick a photograph, blow it up, transfer it in glue onto silk, and then roll ink across it so the ink goes through the silk but not through the glue.”

Why the repetition?
Just like in the newspapers and movie-screens that reported the actress’ suicide, by reproducing her image over and over again, a viewer stops seeing a person but instead sees a commodified product of contemporary culture. Warhol said, “The more you look at the same exact thing, the more the meaning goes away, and the better and emptier you feel.”

The death of Marilyn Monroe
Not long after her death the artist Jean Cocteau commentated that it “should serve as a terrible lesson to all those, whose chief occupation consists of spying on and tormenting film stars.” Unable to deal with the public scrutiny, Marilyn Monroe had become isolated and distant in her final years, finally ending her life aged just 36 from an overdose of sleeping pills. At the time of her death her films had grossed more than $200 million at the Box Office.

The legacy of Andy Warhol’s Marilyn masterpiece
The work is one of the most famous examples of Pop Art—an art movement whose depictions of famous people is one of its defining characteristics. Warhol’s masterpiece suspends the dead starlet into an abstract void of color. Detached, enhanced and replicated, in Warhol’s image Marilyn Monroe becomes canonized like a modern day religious idol. “Should we really”, Andy Warhol appears to be asking, “be worshipping such a figure?” The irony of course being that Andy Warhol’s Pop Art masterpiece, fifty years after it was made, deserves nothing but our total veneration.