From painters and sculptors, to VR filmmakers and rug designers, the world of contemporary art is diverse and thought-provoking, but can sometimes appear overwhelming. We’ve highlighted the work of ten stimulating living artists—among them you’ll find a young Chinese art star, a Tracey Emin favorite and a selection of artists from major current and upcoming international shows.

Cao Fei is among the most important and provocative artists to emerge out of China’s booming contemporary art scene. Using a variety of artistic techniques and digital mediums, she comments on the dramatic changes that have occurred in her country over the last 20 years. A huge survey of her work which spans her production between the years of 1995 and 2017 is currently on display at Kunstsammlung NRW in Düsseldorf and features many projects in which Cao Fei employs a film aesthetic to respond to the urbanized global environment she lives in.

Cao Fei is on display at Kunstsammlung NRW, Düsseldorf until January 13, 2019. 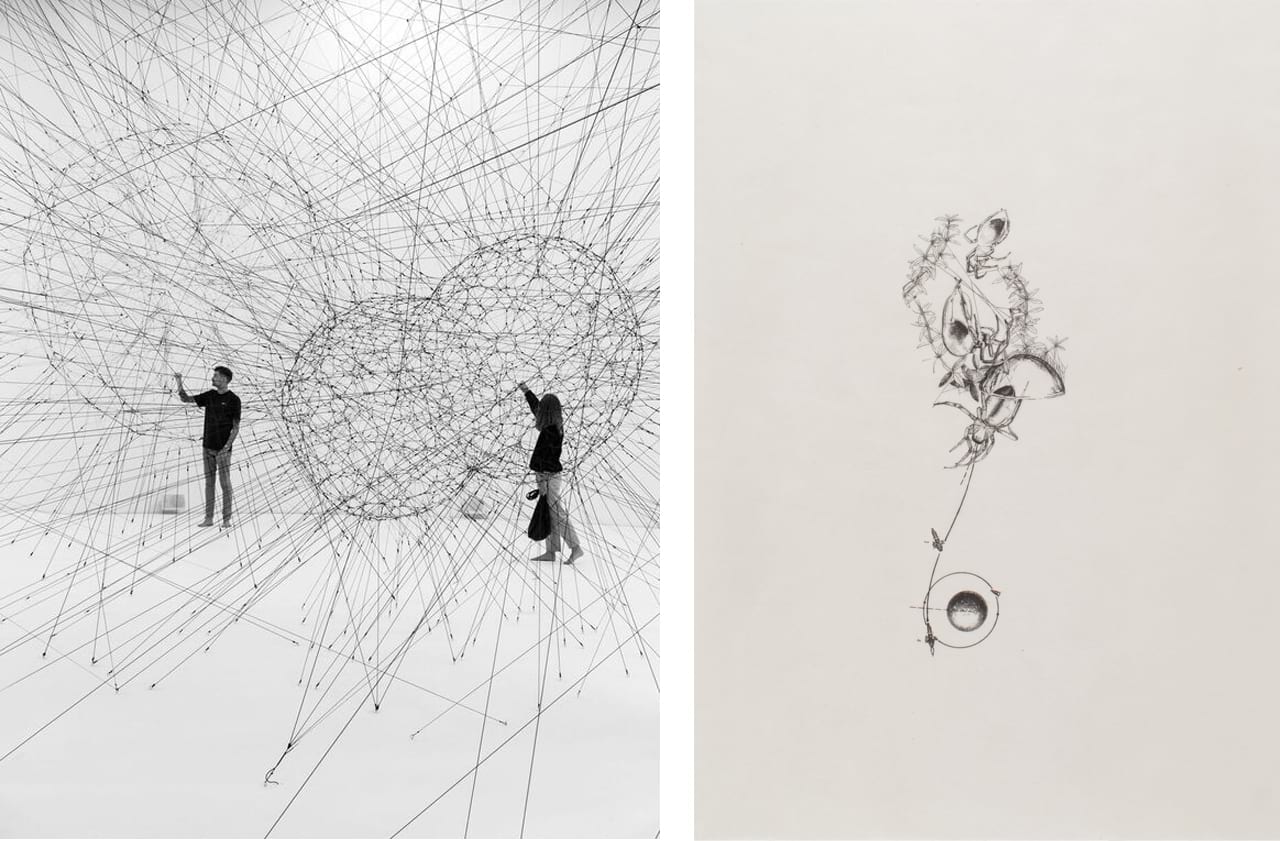 Best known for his large-scale interactive installations, Tomás Saraceno, who originally trained as an architect, always applies an interdisciplinary approach to his sculptures and prints. Incorporating physics and engineering, he creates monumental structures that are based on Arachnology—the study of spiders. One of his huge spider web-like forms is currently on display at Palais de Tokyo in Paris, and is intended to suggest an alternative way of living. Like much of Saraceno’s work, it deals in another time and space, transporting visitors beyond planet Earth.

Tomás Saraceno: ON AIR is on display at Palais de Tokyo, Paris until January 6, 2019. 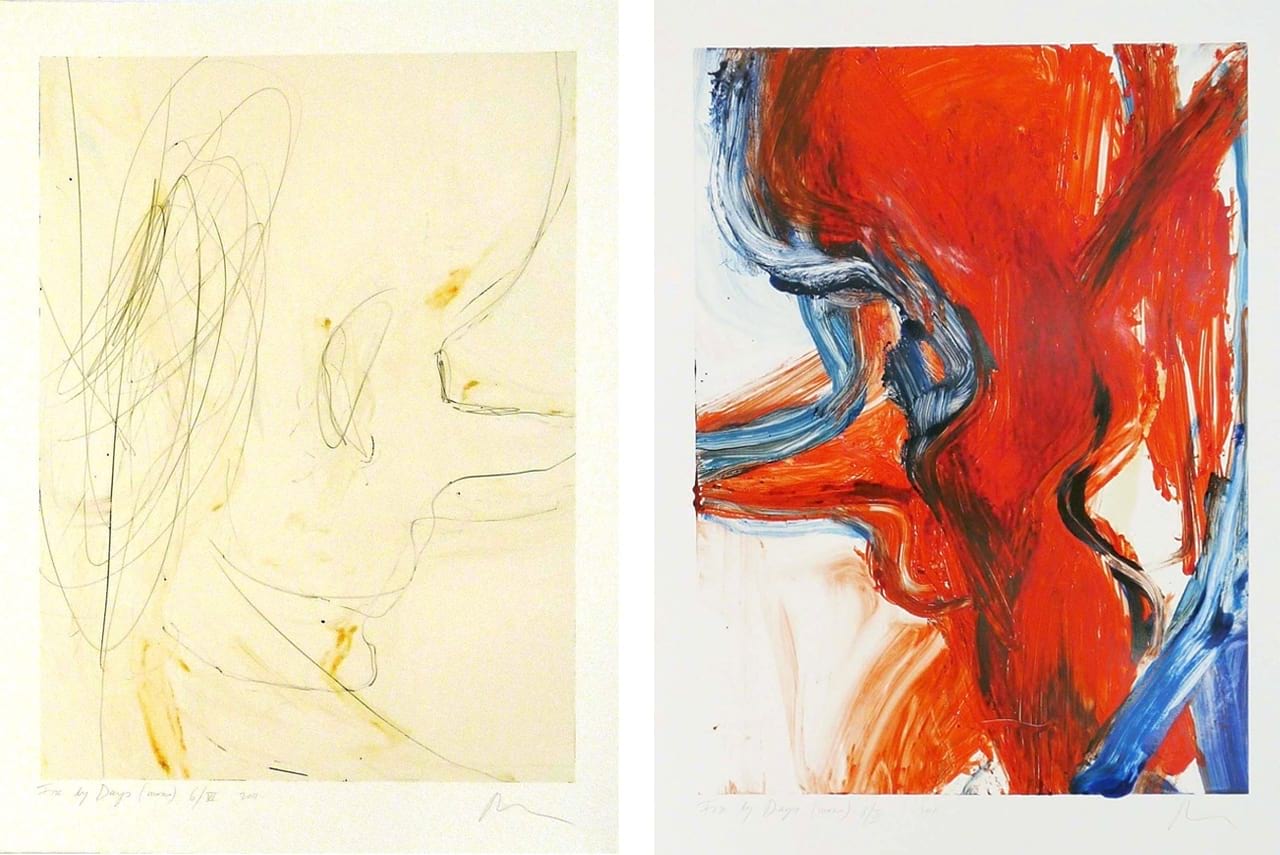 Painter, musician, performer and draughtsman Rita Ackermann is known for her abstract, bodily works that address issues of femininity. The Hungarian-born artist first gained recognition in the New York art scene with her controversial depictions of overtly sexualized girl-creatures in various stages of undressing. With influences that range from dance to Abstract Expressionism, she creates fluid large-scale canvases that show human forms disappearing and then re-appearing. Insightful and political, Ackermann’s work is collected by fellow artists such as Tracey Emin, and recent solo exhibitions include Hauser & Wirth.

Irish artist Eva Rothschild is one of the leading sculptors of her generation. Following the legacy of modernist female sculptors such as Barbara Hepworth and Eva Hesse, she has developed a unique visual language based on abstract and angular compositions. Her cast of zig-zagging, stripy sculptural forms almost possess their own personality, imbuing the abstract with a raw intimacy. It was announced earlier this year that Rothschild will represent her country at the 2019 Venice Biennale, and she has hinted that her pavilion will include an immersive work with political underpinnings.

Prize-winning Los Angeles filmmaker and artist Doug Aitken reimagines the nature of what art can be with his engaging aesthetic and often uses mirrors to make every viewer a participant in his work. Experimental and site-specific, Aitken’s work explores fictitious worlds in which he dissolves the boundaries of space, time and memory. Earlier this month he installed a life-size replica of a ranch house made entirely of mirrors in the historic State Savings Bank in downtown Detroit titled Mirage Detroit.

Mirage Detroit is on display at State Savings Bank, Detroit.

Sanford Biggers’ work aims to confront the dysfunctional relationships that have existed and continue to exist between African-Americans and America. Resisting a singular style, Biggers’ work spans drawing, sculpture, installation, film and performance and is both playful and political. Dealing with themes as diverse as politics, hip hop, Buddhism and art history, he offers new perspectives and links between recognizable symbols from popular culture and religion. His prints often draw on black iconography such as the Afro pick, transforming it into a symbol of black pride and identity.

Commonly associated with the YBAs, the work of renowned English artist Gary Hume is characterized by bold, colorful shapes rendered in high-gloss industrial paint. A selection of his Wonky Wheels sculptures is currently on display at Sprüth Magers’ Berlin gallery space alongside some of his bright large-scale paintings. The wheel is a reoccurring motif for Hume, evolving throughout his oeuvre to stand for his personal response to images of geopolitical conflict such as the enduring situation in the Middle East. Rather than attempting to solve these situations or explicitly refer to them in his works, Hume explores trauma and suffering in an ambiguous yet melancholically beautiful manner.

Gary Hume is on display at Sprüth Magers, Berlin until November 10, 2018.

Laurie Anderson is an American avant-garde artist, composer, musician and film director whose work spans performance art, pop music and multimedia projects and always has a futuristic tone. In her new VR installation—which is on display as part of Denmark’s Louisiana Museum of Modern Art exhibition “The Moon: From Inner Worlds to Outer Space,”—Anderson takes visitors on an otherworldly experience, drawing on her time as the first artist-in-residence at NASA. Anderson’s experimental attitude, remarkable flair and boundless creativity has ensured that she has remained at the forefront of the art scene throughout her 50-year career.

THE MOON is on display at Louisiana Museum of Modern Art, Denmark until January 20, 2019.

The delicately simple work of Austrian-born artist Ulrike Müller may appear purely geometric and abstract, but it has a powerful message behind it. Circles collapsing into each other and curving forms carry erotic and sexual associations, and are intended to investigate representations of the body. Müller uses abstraction to criticize existing gender binaries and through her work creates new options for visual representation that includes feminist and queer concerns. Now based in New York, she is part of feminist genderqueer group LTTR and works hard to give minority artists agency. Müller was also featured in the 2017 Whitney Biennale—the longest-running survey of American art. 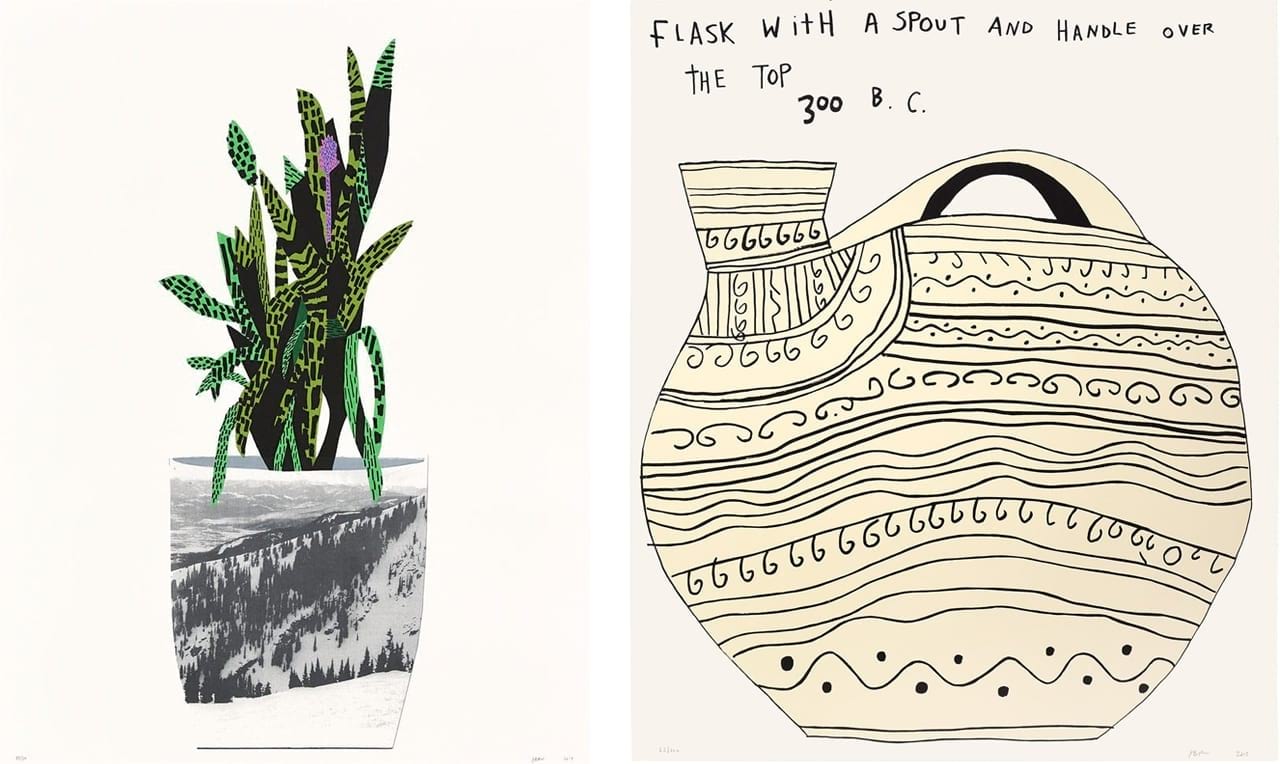 Jonas Wood’s domestic interiors and flattened aesthetic immediately recall the work of his artistic heroes—David Hockney and Alex Katz. In his paintings and prints he often depicts self-contained objects, blurring the line between abstraction and figuration. The L.A. art star takes inspiration from everywhere and has a large collection of images of friends and family as well as shots from movie scenes and on his computer, ready to be rendered in his signature style. The Gagosian affiliated artist’s fascination with interiors extends beyond representation and he has recently released a line of rugs.