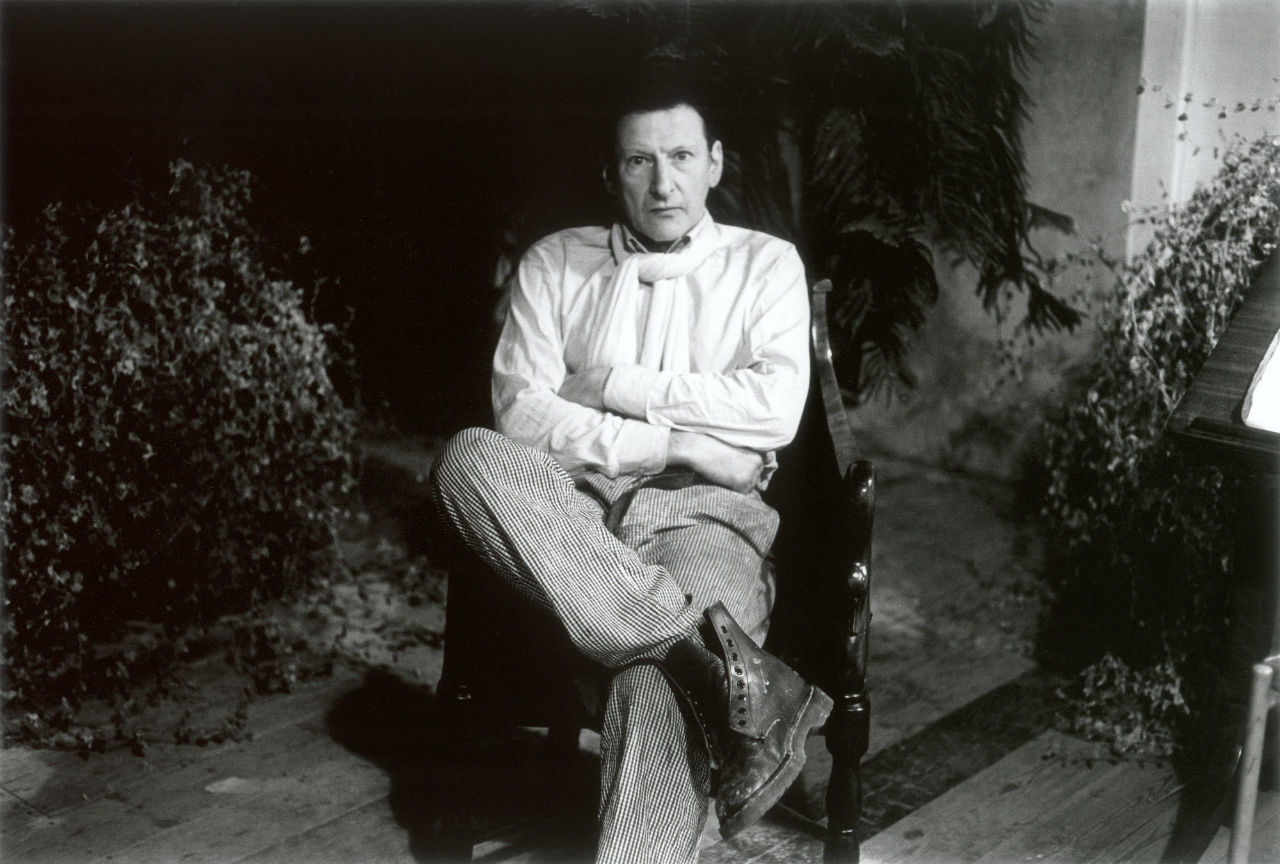 In the studio 1 © Rose Boyt
Exhibition — 3 years ago

In the Studio: The Working Practices of Lucian Freud and Other Legendary Artists

Paint splattered boards, strewn materials, masterpieces in the making—the artist’s studio is a haven, a stage, a laboratory and a playground, and has always proved fascinating to both creators and viewers. Throughout history friends, family and photographers have taken the studio as their subject, using photography as a medium to take spectators into the often-chaotic creativity of some of the world’s most prominent artists—offering an insight into their process and their lives.

Previously unseen photographs of British portraitist Lucian Freud, taken by his daughter Rose Boyt that are currently on display at Ordovas gallery, bring Freud’s studio to life. Taken at the time Rose was sitting for her father in her now-iconic nude portrait, the photographs intimately depict Freud’s working practice, and feature the brown Chesterfield couch that famously appears so often in his work. 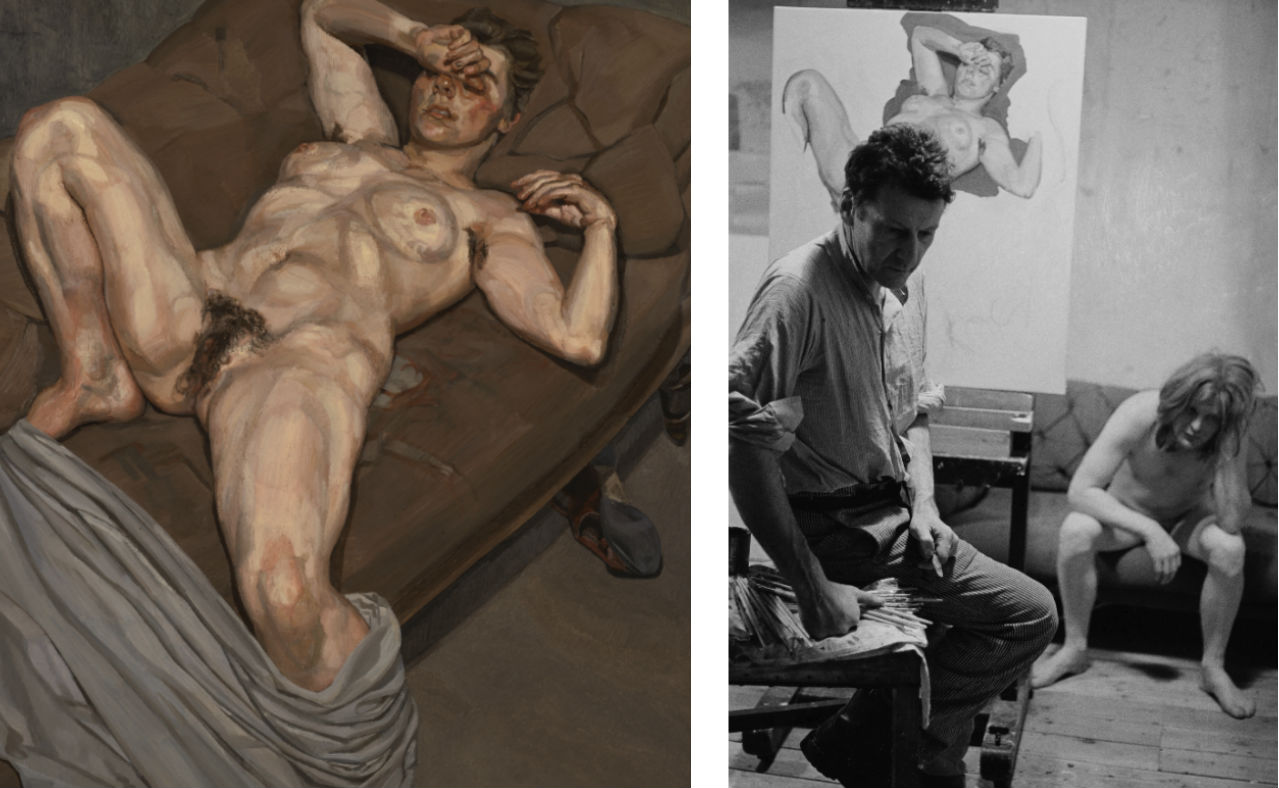 Freud’s first ever male nude model is also pictured. Raymond Jones who was being painted by the artist at the same time as Rose, is shown nakedly joking and playing around with a rat borrowed from one of Freud’s roommates. These photographs reveal how the painter worked simultaneously on different paintings to allow sitters to have a break and also to have something fresh to turn his attention to if he got stuck.

The centre of the exhibition at Ordovas gallery is the Rose painting that Freud completed between 1977 and 1978. Despite only being 19 at the time it was painted, Rose opted for a bold nude pose for her portrait, which caused a lot of controversy. In the show’s catalogue, Rose describes her experience of sitting for her father: “Angry and exhilarated, outraged by the terms and conditions, honored to have been chosen. Just to spend time with him was inspirational. I loved him.” 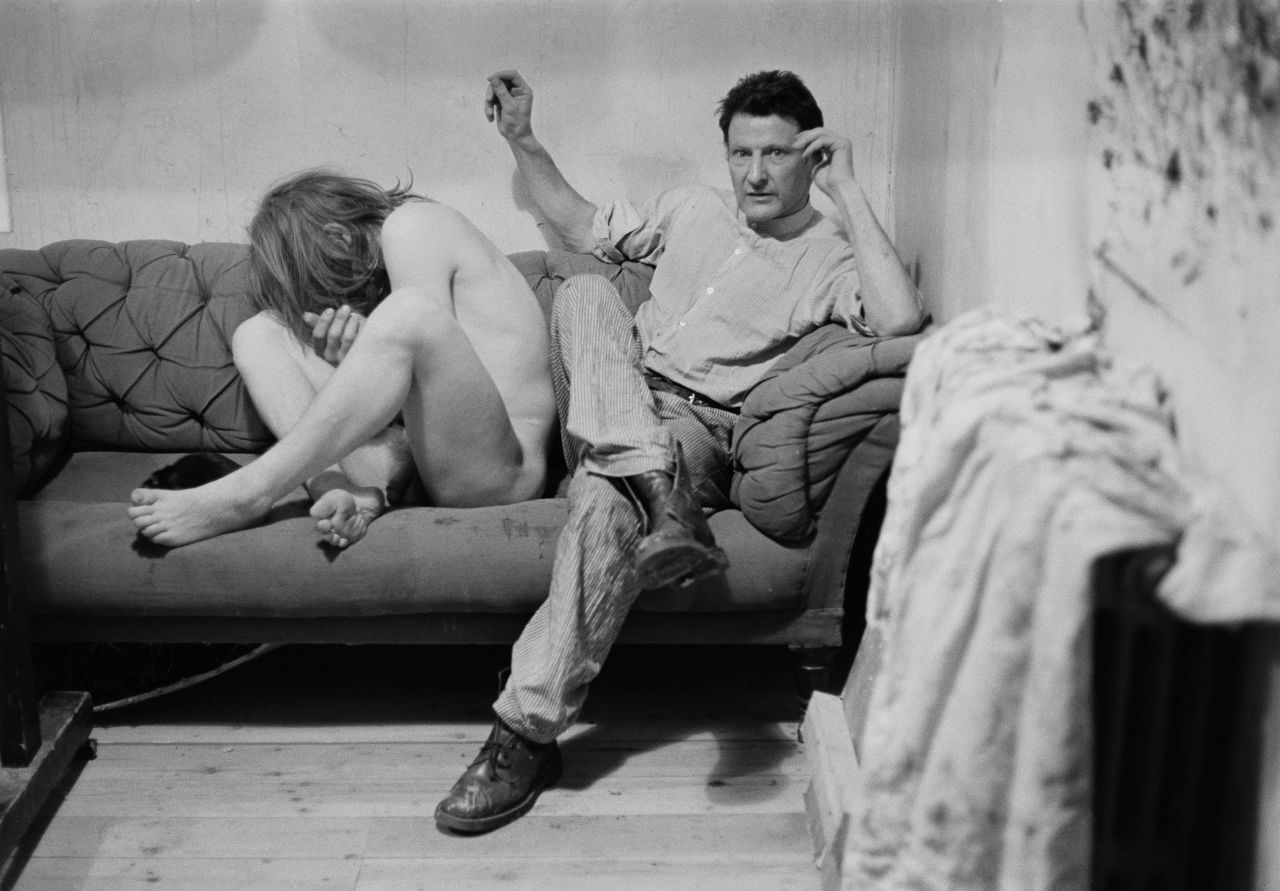 Similarly intricate details are known about the studio life of Freud’s close friend and colleague Francis Bacon. The self-taught Irish-born artist was known for his lavish lifestyle and consequently chaotic working environment, as is described by author and friend Michael Peppiatt who wrote a piece on Bacon for Cambridge Opinion magazine in 1963. Bacon’s studio in Dublin, which is now open to the public, is a perfectly preserved disarray of books, photos, rags, paint brushes, paint, old sweaters and socks—a crowded, yet ordered anarchy.

Bacon’s studio aptly reflects the artist’s love of partying yet his equal dedication to his practice. Despite often getting in very late and very drunk, he would always rise early, fixing himself a strong cup of tea to rid himself of his hangover. Sometimes he would not feel like working, and instead would potter around the studio, but if he did decide to work he would go straight into it. Bacon’s motto was: “If it’s going to work, it usually works right away, or not at all.”  Working quickly, he would often manage to finish a painting in a few sessions. 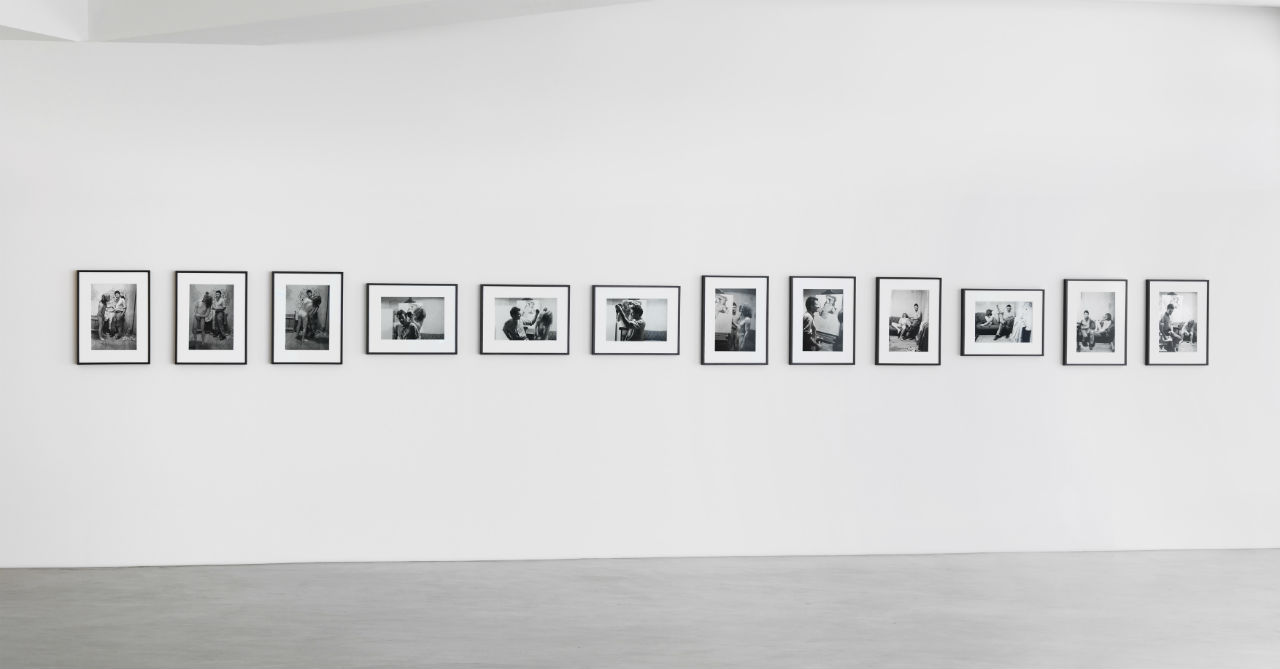 Bacon would always work until about midday, when he would leave his studio to have his first glass of champagne. Then he wobbled through the afternoon and into the night from bar to bar. Coming back drunk he would often think he had the solution to a painting problem, but working in his inebriated state would always end in disaster. Bacon would then only sleep for a couple of hours every night, and while those he had been out drinking with would be crouched under a pillow unable to face the day, he would begin to work in the early morning hours. “I don’t know how he did it – perhaps with enough discipline, one can. He was remarkable in that way,” recalls Peppiatt. 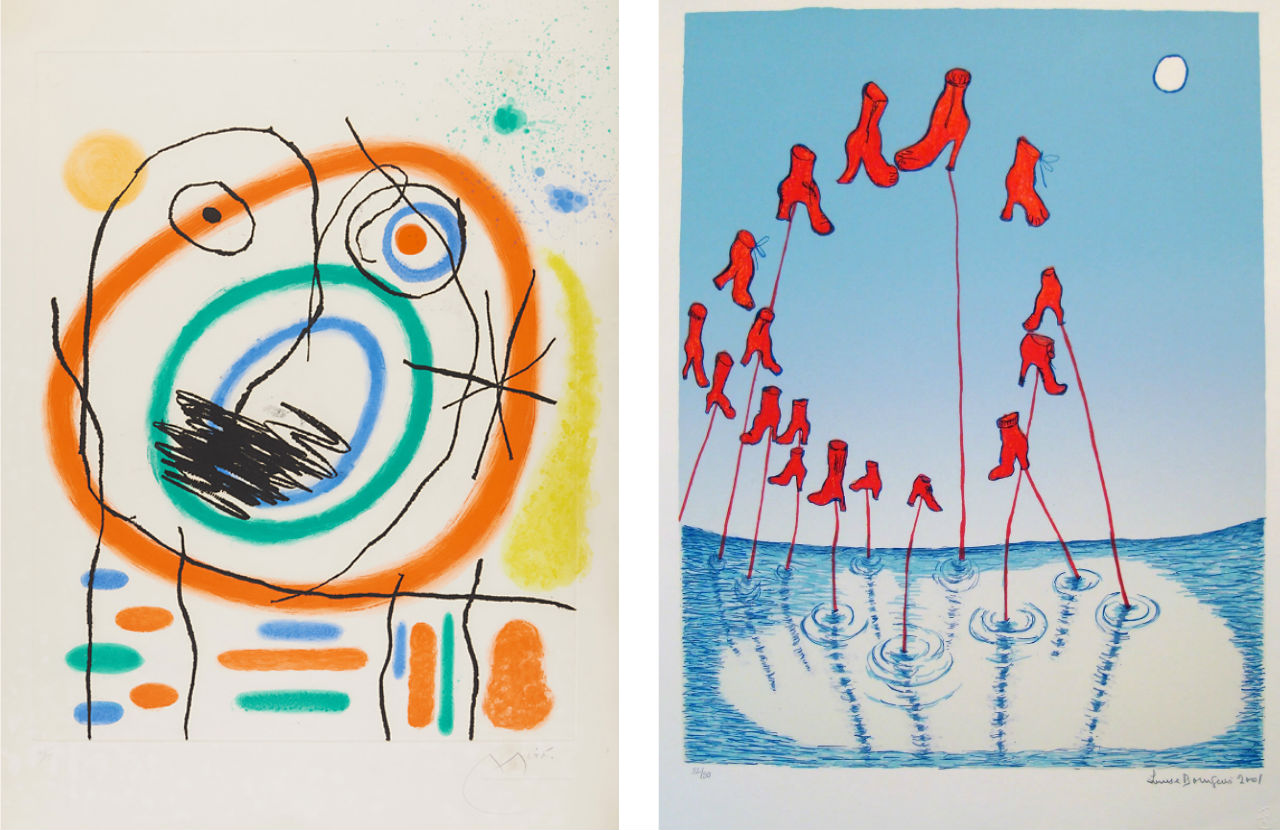 Stricter working routines were the habit of other artists such as Joan Miró and Louise Bourgeois. Worried the severe depression he dealt with as a young man would return, Miró stuck religiously to a routine of rising at 6 a.m. and then bathing and having a light breakfast. He would paint without stopping until noon when he would leave his studio to exercise—an activity he also took very seriously.

In her later part of her life, Bourgeois was always picked up from her Chelsea house at 10 a.m. and driven to her Brooklyn studio. This routine was so entrenched that Bourgeois created an artwork entitled 10 am is When You Come to Me (2006), featuring tracings of her and her assistant Jerry Gorovoy’s hands. In her studio, Bourgeois demanded silence. She spent her mornings focused on more physical activities so she could draw and sculpt later in the afternoon.

Peeking into the studios and unusual routines of famous artists provides a captivating view of the creative process and the creative life, and adds another dimension to their masterpieces. Perhaps the most clichéd artistic morning routine comes from Salvador Dalí, who wrote in 1953: “Every morning upon awakening, I experience a supreme pleasure: that of being Salvador Dalí, and I ask myself, wonderstruck, what prodigious thing will he do today, this Salvador Dalí.”

In the Studio is on display at Ordovas Gallery, London until 27 April, 2019.