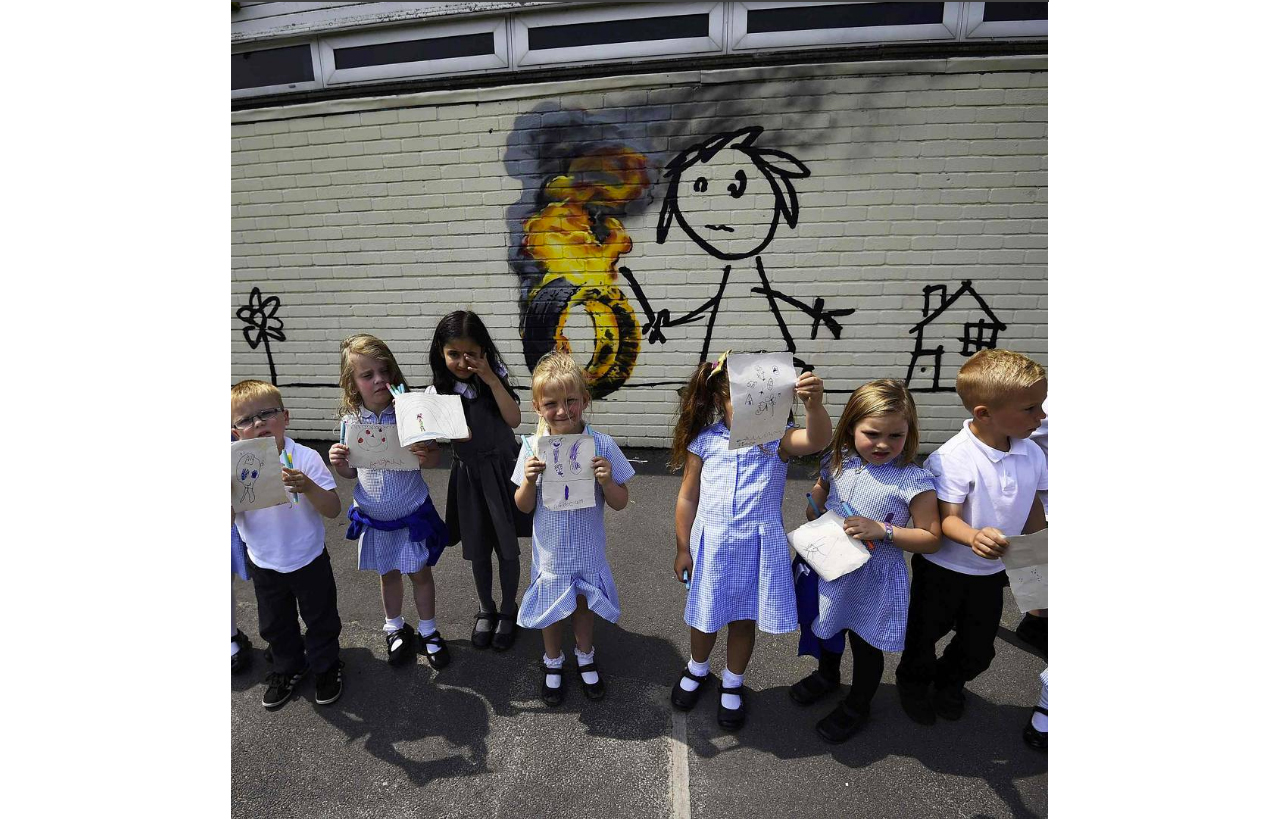 Parents and teachers discovered that the famously secretive artist, Banksy, had painted a 2-meter high artwork on a wall of their Bristol School. The artist was saying thank you to the school in Whitchurch, Bristol, after a classroom had been named after him. Previously work by Banksy has sold at auction for as much as £550,000.

The work is an irreverent take on the traditional child’s game of chasing after a hoop. Although in Banksy’s painting the hoop is a flaming tire. In a childish scrawl, the artist has also written a letter addressed to “Dear Bridge Farm School”, thanking them for naming a school building after him. Ending the letter with the memorable phrase: “Remember—it’s always easier to get forgiveness than permission”.

documenta 15 – Amongst Dire Misjudgments There's Much to Savour