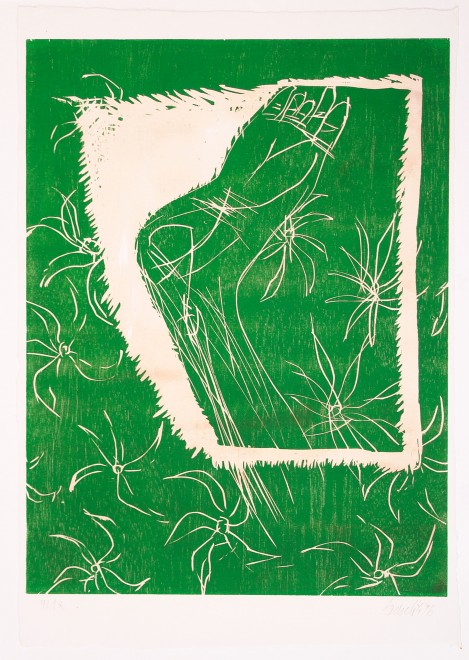 To coincide with the opening of Georg Baselitz's exhibition featuring his drypoint works at the Jan Michalski Foundation in France, we take a brief look at two works available now on FAM.

Baselitz first rose to prominence with his radical inverted paintings of the 1960s. He upended the image so as to draw attention to surface—his aim was to produce painted objects, not just representations of the real world. Much of his work addresses the visceral reality of history and difficulty Germany has had in coming to terms with its past. An artist of international stature he had a powerful influence on Neo-Expressionist artists.

The artist has produced limited editions his entire working career and the series of prints featured on FAM are highly emblematic of his style. Not only do they present that familiar upturned subject matter, but follow his trend of undercutting the value of the medium he is using, in this case woodcuts. Rather than using confident marks his woodcuts are often scratchy and rough, an effect he uses a lot in his paintings to offset the usual lushness of oil paint and to compound the feeling of anguish in the figures he depicts. In Holztellerglück, 1996 the upside down foot is almost lost in the jittery flower pattern, the scratches on the ankle reveal a sense of movement and desperation as though the foot was kicking out against something.

Baselitz has often revealed his admiration for the woodcut, "every incision in the wood is visible in the final print, there is no possibility to hide or redo lines," such belief helps give the works a distinctive sense of immediacy and impact. Indeed, it is possible to see that liberation of feeling in his earlier work Lesender Mann, 1982, a signed woodcut. At first glance a cacophany of unrecognizable markings, its subject remains hidden until we catch-up with its inversion. Like the pictured man, reading and yearning for comprehension, the spectator too must struggle for clarity.

Baselitz Malelade—Bestiaire d'images et de mots will run from the February 13th 2016 to the 15th of May at the Jan Michalski Foundation in Switzerland. 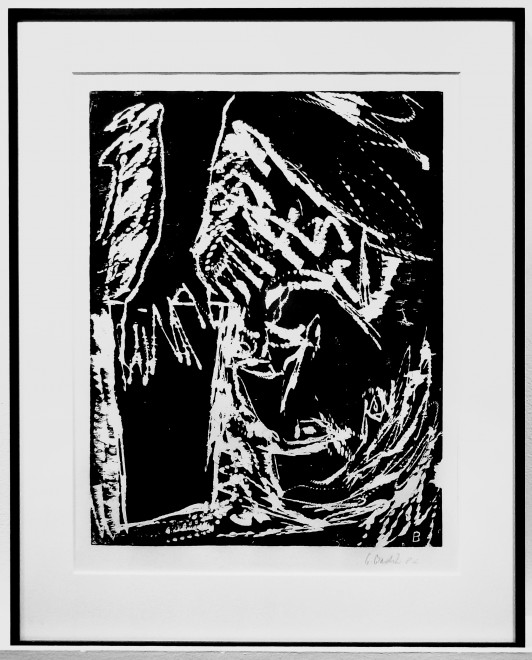 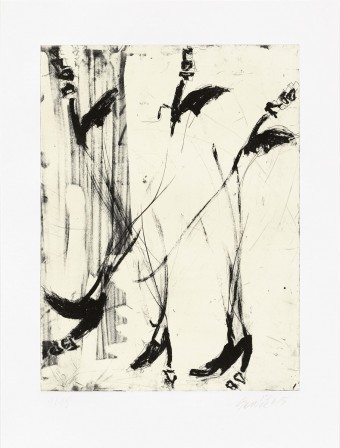