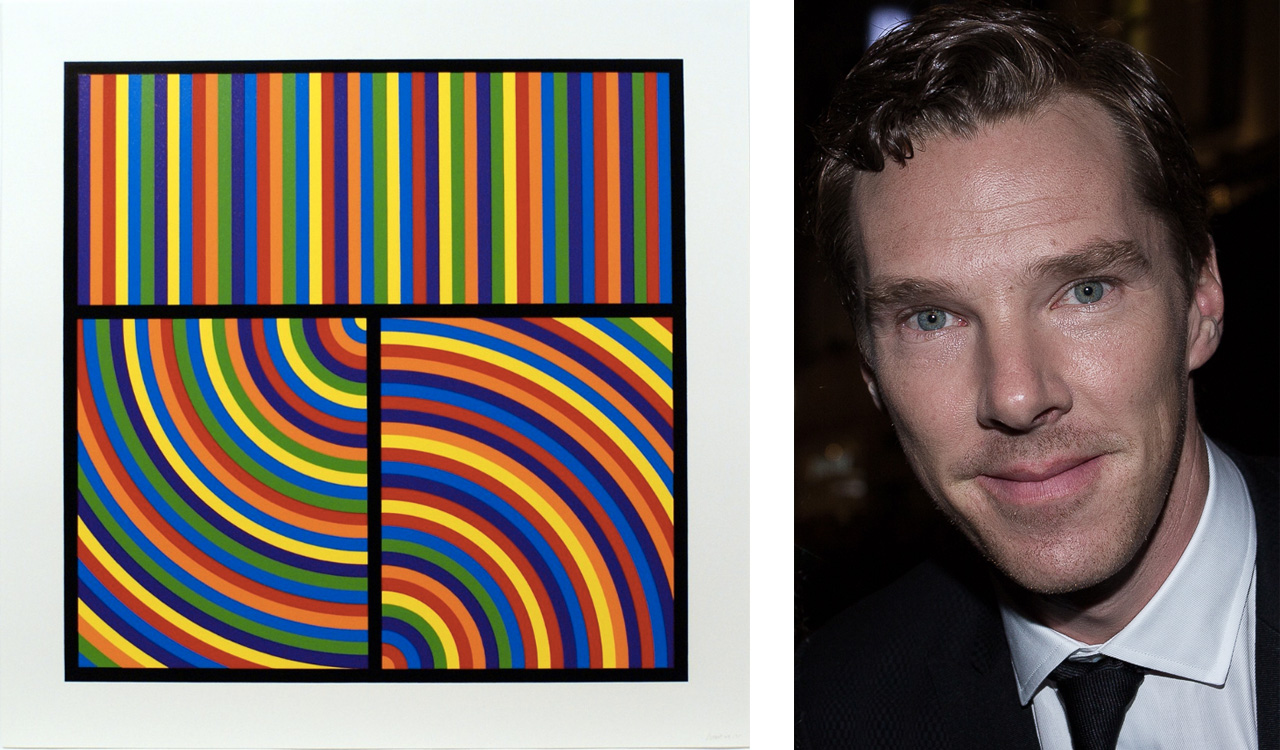 “Learn to say ‘Fuck you’ to the world every once in a while.” Sol LeWitt to Eva Hesse

Benedict Cumberbatch’s Letters Live performance has brought the literary talents of artist Sol LeWitt to life with a barnstorming rendition of a letter he wrote to Eva Hesse in 1965. In one of the best things you will see all year, the extraordinary video highlights the Oscar-nominated actor’s impassioned performance at Letters Live in London, an event to celebrate the enduring power of literary correspondence.

Sol LeWitt has long been revered for his writing on conceptual art, but his uncompromising advice to the younger Hesse—an artist he met in New York in 1960—is both heartfelt and hilarious. It urges the artist to “stop thinking, worrying, looking over your shoulder, wondering, doubting, fearing, hurting. Hoping for some easy way out … and just DO.” Words that come across like an artist’s motivational speech. The letter is given added poignancy owing to the early death of Eva Hesse at the age of just 34 from a brain tumor.

Despite her tragically short career—spanning just 10 years—Hesse produced an extraordinary body of work that manipulated household materials into sculptures that were sensual while retaining raw and often grotesque elements. She played a significant role in ushering in the Postminimal art movement and her dynamic use of material, melding minimalist ideas such as repetition with organic forms, allowed her to question notions about the self and gender. She would, however, maintain to the end that her work was without female statements in mind. “Excellence”, she once said, “has no sex.” Many critics have viewed her work as a response to the extreme set of difficulties she faced throughout her life including fleeing the Nazis in 1938, and the suicide of her mother when she was aged just 10 years old. Since her death in 1970 her work has become enormously influential and this year she was made the subject of the award-winning documentary Eva Hesse by the filmmaker Marcie Begleiter.

LeWitt on the other hand, enjoyed a long and illustrious career working right up to his death in 2007 playing a significant role in the Minimal and Conceptual art movements. More than any other artist of his generation, LeWitt made the “concept” of primary importance. “The idea itself”, he once remarked, “is as much a work of art as any finished product.”

The two artists remained close friends right up to her death, even though Hesse’s organic sculptural forms were a reaction to the kind of macho geometric minimalism then pioneered by artists like LeWitt. Throughout his life he campaigned for Hesse’s notoriously fragile work to be restored, arguing that “She wanted her work to last. She certainly didn’t have the attitude that she would mutely sit by and let it disintegrate before her eyes.” His letter urging Hesse to free herself of her inhibitions is a timeless and thrilling call to action against feelings of self-doubt, and after Benedict Cumberbatch’s Letters Live performance, his exasperated words will live long in the memory.