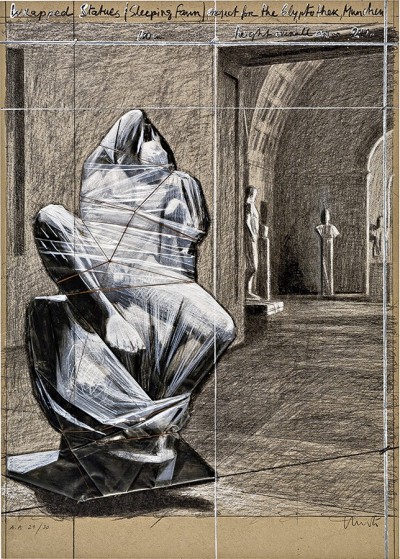 The most astonishing thing about Christo and Jeanne-Claude's wrapping projects is that they actually make them happen! Nothing is too big to wrap. FAM takes look at their greatest (as yet) unrealized works.

In 1967, Christo planned to take on almost 2000 years of history by wrapping the Ponte Sant’Angelo in billowing fabrics and monstrous cables. Built by Emperor Hadrian in 134 AD, Rome’s most elegant bridge has been the home of Renaissance sculptures and the object of papal decrees. Its 135-meter span over the Tiber River inspired Christo’s first bridge-vision. Although as yet unrealized, the project of Sant’Angelo set them on the thematic pathway towards their more notorious wrapping of the Parisian Pont Neuf in 1985, a bridge that spans over 232 meters in length!

Wrapping the Reichstag looks like child’s play when compared to Christo’s most outlandish concrete dream—skyscrapers. From the moment New York City came into view from the bow of the SS France, Christo was thoroughly taken by the high-rises of Manhattan. He dreamed of transforming the imposing skyline of New York City into his own masterpiece by wrapping some of its most visible fixtures. Thousands of square-meters of fabric would have been needed to cover hundreds of windows and tens of levels in order to make Christo’s vision a reality.

As part of a thoroughly ambitious proposal, Christo and Jeanne-Claude sought to wrap the entire interior of the massive Glyptothek Museum in Munich. Filled exclusively with Greco-Roman sculpture, Christo aimed to obscure with fabric and cables the museum’s fourteen halls and huge inner-courtyard. The Hellenistic Barberini Faun, perhaps the museum’s most celebrated piece, is the hidden object of Christo’s Wrapped Statues, Sleeping Faun.

Ten million (10,000,000!) oil barrels would have been needed to realize Christo and Jean-Claude’s proposal to block the Suez Canal in the wake of the 1967 Six-Day-War. Closed until 1975, the installation would have been an artistic triumph over what had formerly only been used as a political bargaining chip. This project was inspired by Christo and Jeanne-Claude’s earlier closure of rue Visconti in Paris with 89 oil barrels and took the concept to a radical and political extreme.

Christo and Jeanne-Claude’s proposal to wrap the 380 trees that line the Champs-Elysées and the Rond-point in Paris was passed over by the city of Paris in favor of the traditional and tremendously boring Christmas lights. Instead of allowing a master of contemporary art to complete one of his most compelling projects, Paris buckled under the forces of capitalistic pressure in their 1969 decision. 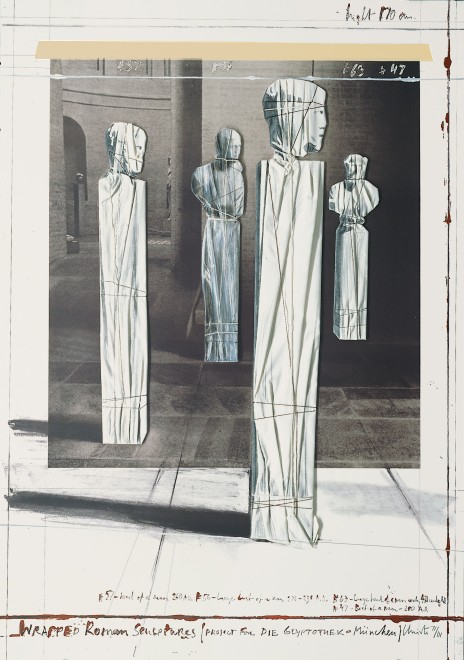 Christo's and Jeanne-Claude's Wrapped Roman Sculptures, 1991 is available to buy now on fineartmultiple—click here to find out more. 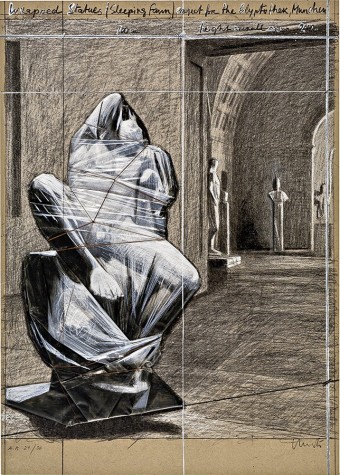 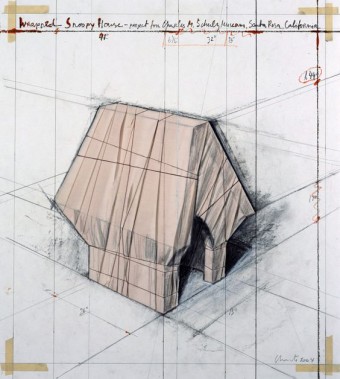