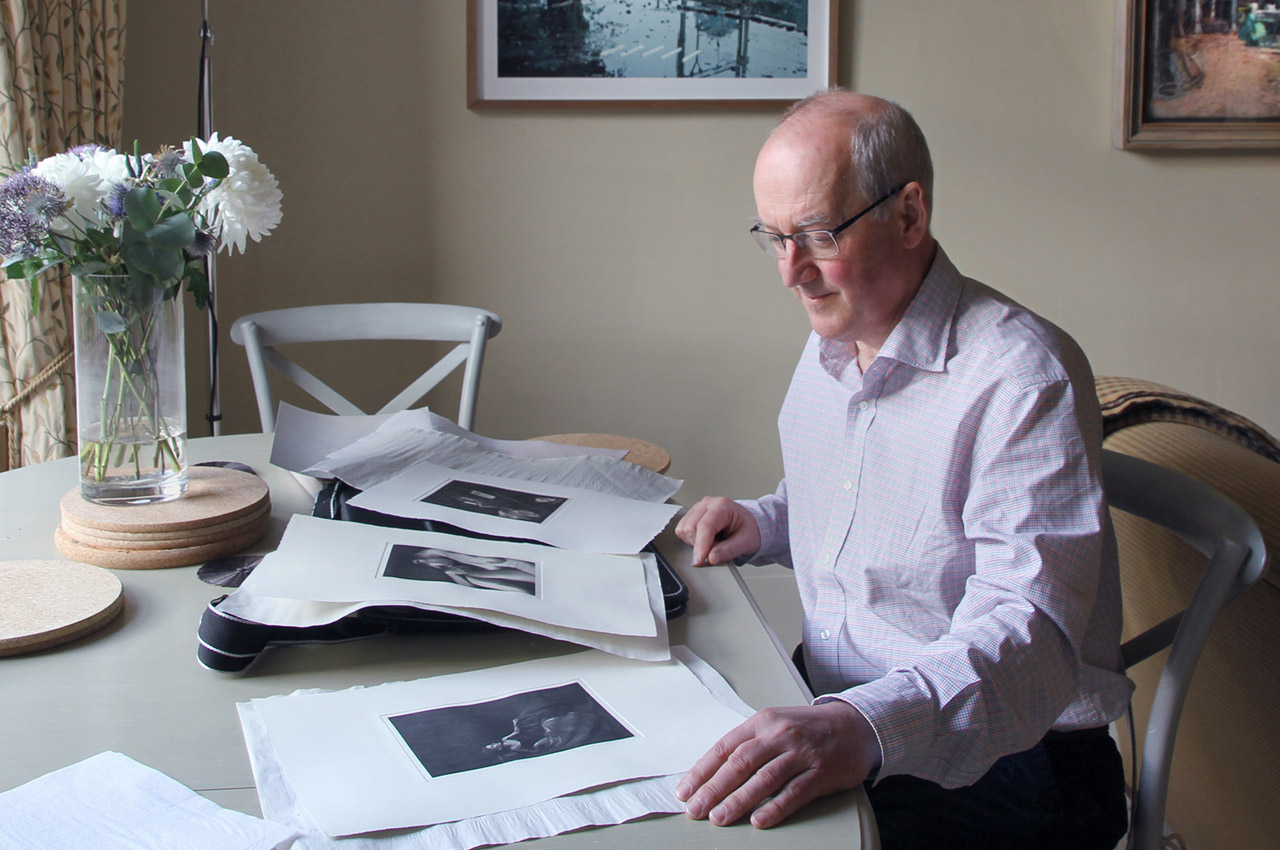 “I can’t imagine being in a house without pictures—It would be like walking around with no clothes on!”

Thank you very much for making time to see me James, looking at your apartment in the city, what art are you drawn to?
I go to art for visual impact because it appeals to my senses. I’m not a great fan of political work. I respect the right of artists to make it of course but I think it’s very hard for it not to become strident and it also dates very quickly.

So you go for work that is visually energizing?
Yes, that bring energy into your life, that make you wonder what’s actually going on here! I think the visual experience should stand on its own terms, even though we might not have the right words to describe it. It might not make sense, it can just be a riot of color or a mass of imagery, something that just makes you want to stand and LOOK. 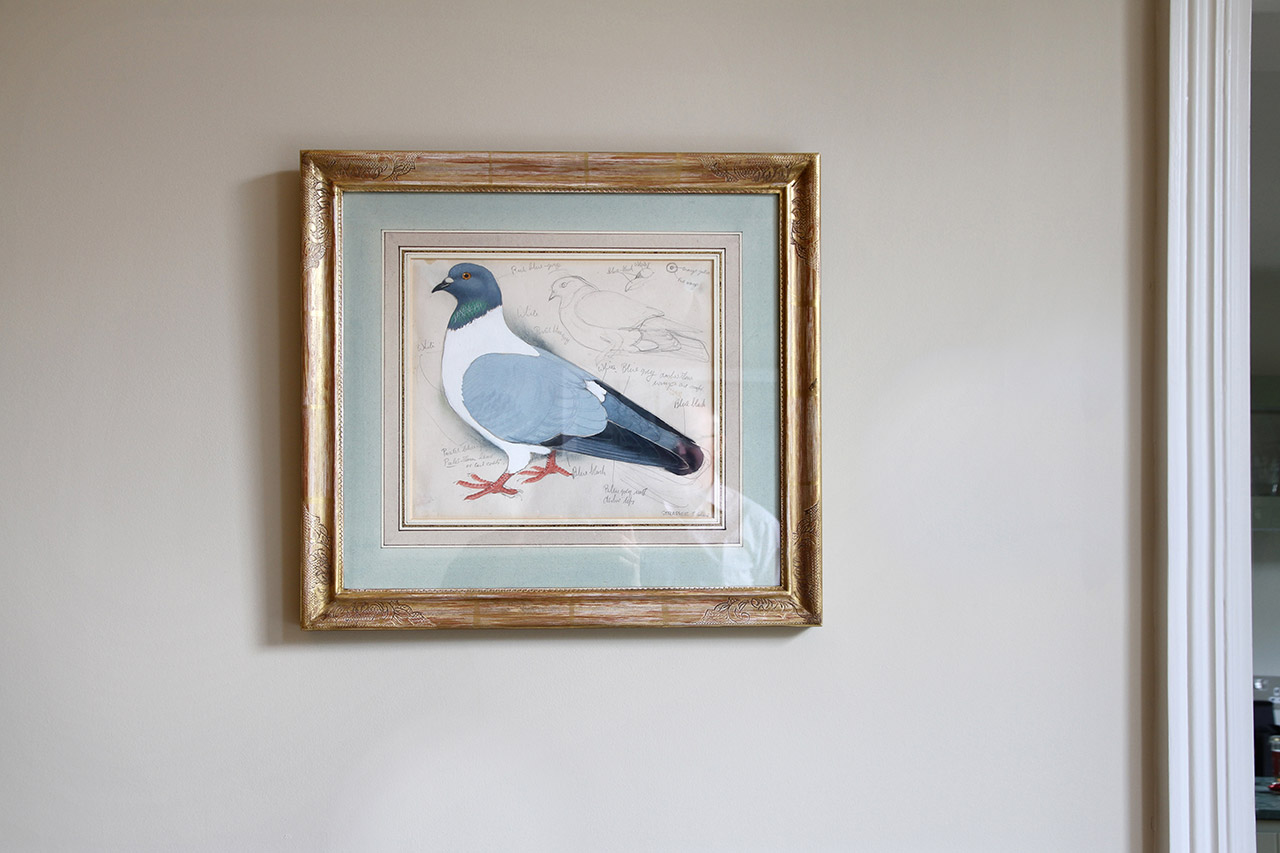 Do you remember the very first piece of art that you ever bought?
When I was eleven or twelve my father thought that it was time I had some art and we went off and bought a Van Gogh print. It was of old fruit I think and hung in my bedroom for many years.

So you started collecting early!
Suppose so yes—I picked up a lot of exhibition posters, we still have in our bathroom a Pablo Picasso print, The Naked Dancers and then we started to pick up limited edition prints that Dad was given for artist’s proofs. A number of Ian Hamilton Finlays, some of which I still have. When Carol and I were doing our first house I remember going to a small art gallery in South London and buying landscapes. Things that you could pick up for £10 or £20, I mean we’re talking about the 1970s.

How was your father involved in the arts?
My parents both studied Fine Art at the Courtauld, and my father was later keeper of the Scottish National Gallery of Modern Art and so I was brought up with pictures all around. As a consequence you couldn’t really imagine being in a house or in a flat without pictures. It would be almost like walking around with no clothes on! 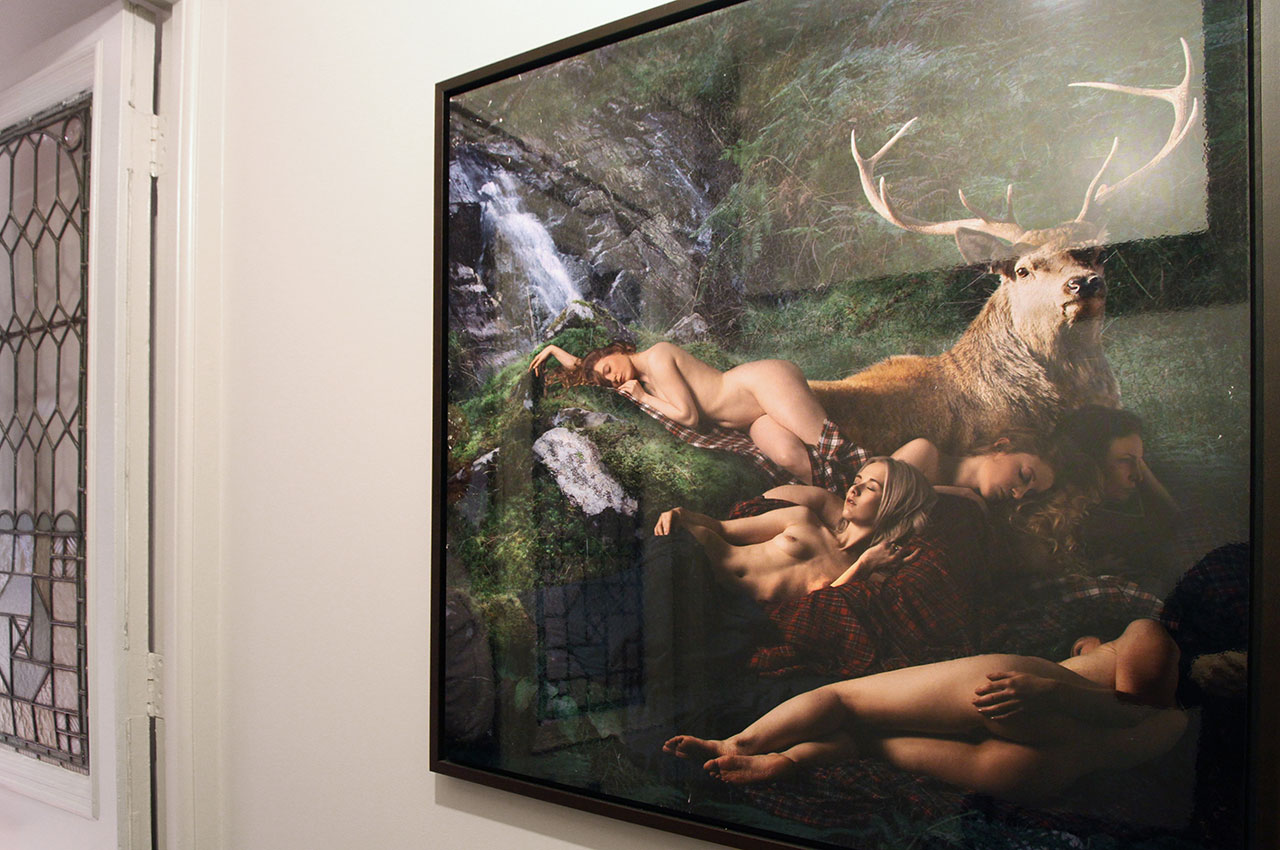 Have your always lived in London?
Yes, we lived in a series of little flats as we clawed our way up the property ladder. And then in the early nineties we bought a derelict house in Staffordshire, a Georgian villa by architect Sir Robert Taylor. It was a ruin and we set ourselves the five-year task of doing it up—which of course took about ten years!

How did you decorate it?
Well it had huge walls and we had to make decisions about what we would hang there. Even though it was an 18th century house we didn’t want to go down the 18th century route. For the first time I felt like I needed to take some advice. I met Glen Sujo, an artist and curator who still teaches at the Royal Drawing School. We brought him up to the house and showed him the space and said we needed to do something with this. About two months later he sent me a photograph of a work and said what about this? It’s 2 x 1.5 meters, the paint is inches thick on the canvas, it’s a wonderful resonant thing. But the trouble was we had to go to New York to look at it. 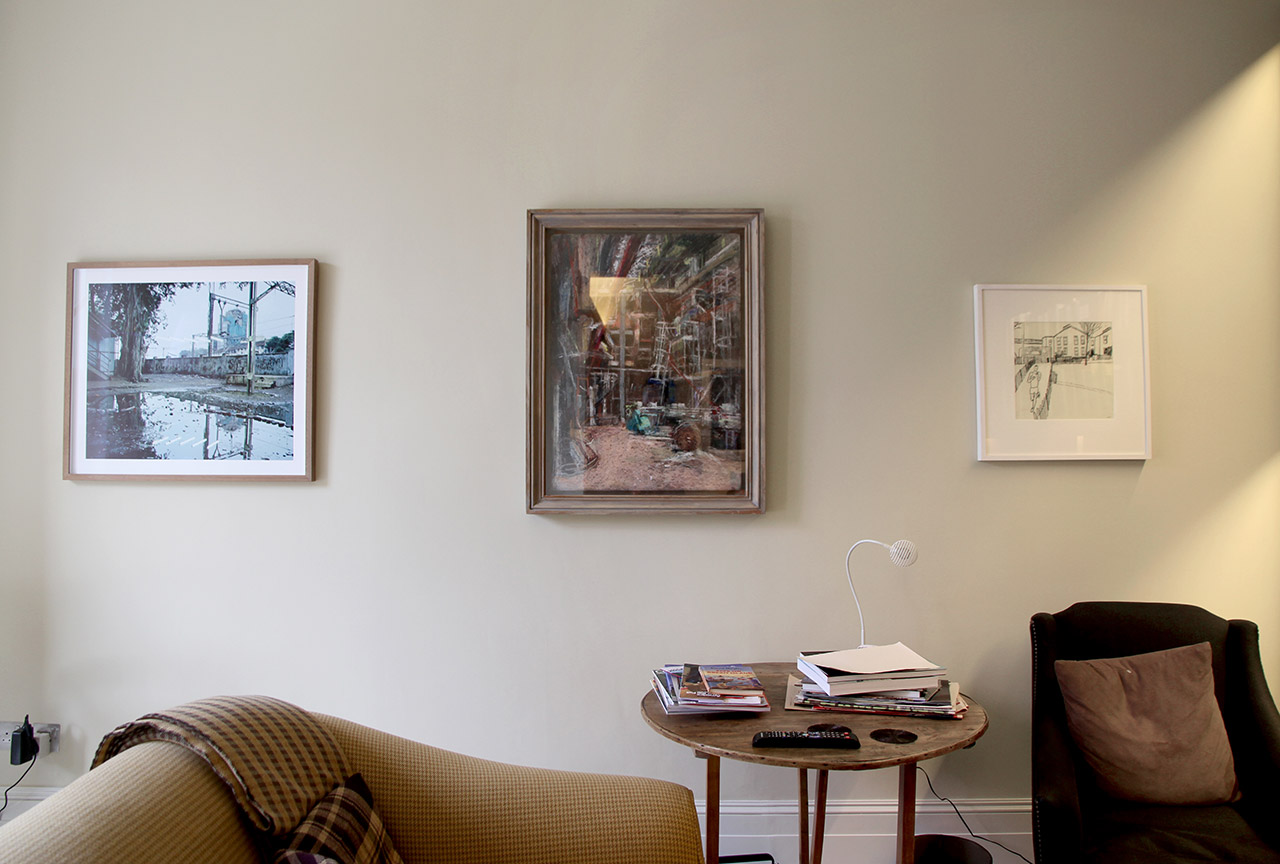 Who is it by?
This painting is by an artist called John Walker. He is British and was at one stage the next hot artist in Britain’s art scene. He had a big show at the Hayward Gallery which was much feted. And then he decided to teach in Australia. He made some magnificent paintings while he was over there, but with the British Arts establishment being what it was—the moment he left their shores, he also left their consciousness. So he’s never had a proper show in London since then.

I would like to know a little more about your background?
I did a degree in Politics and I left university thinking I might have a career in politics or journalism. Fortunately, neither of those things panned out! I ended up in the IT industry where I stayed for thirty years. Then I joined the Civil Service for four years and now I do my own thing.

What did you do for the Civil Service or is it a secret?
No not at all. I worked for the Home Office. Of course people usually make the sign of the cross when they hear that word. I was responsible for the passport office and I was responsible for Tony Blair’s identity card scheme. We issued 50,000 and then we ran out of time before the next election came and it was all over. 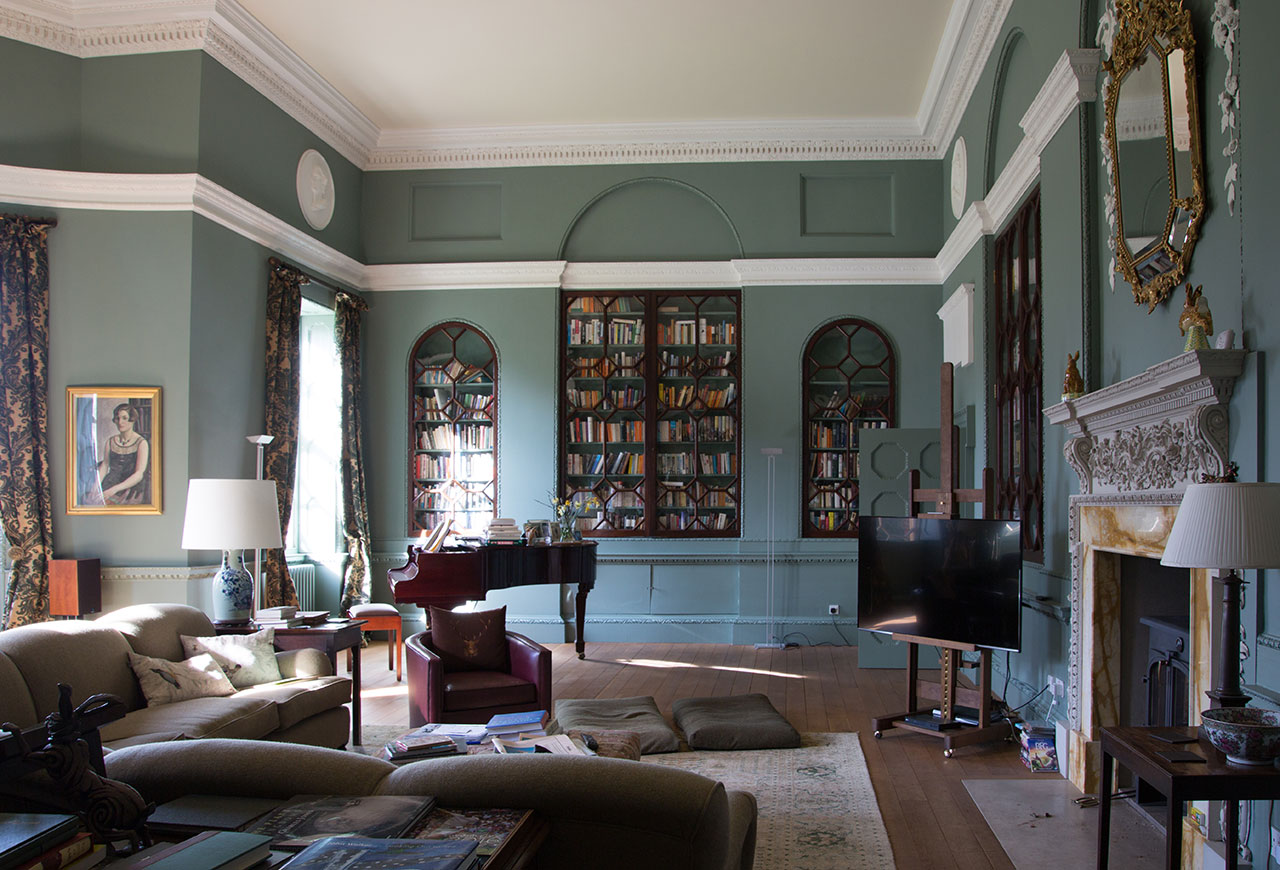 Is it like my photo card to the World Trade Center?
Yes! A piece of memorabilia. Of course now with Brexit they are going to have to create something like it again anyway. I was there during the financial crash but not during the austerity program. So the numbers of people in the civil service have been enormously reduced—just in time for the largest task in its history! I am sure the civil service right now is in crisis. Rightly or wrongly, Brexit was completely unexpected. The government had almost as a matter of deliberate policy not done any planning for it. And now we are faced with a radical change of forty years of assumptions in a very short space of time. It is going to be all-consuming. We have a very centralized system of government and you have this massively difficult issue being channeled through a tiny group of people.

The EU referendum has been deeply divisive and remains the principal fault line in British politics right now. The EU was a nice comfort blanket over all of those divisions. Of course we all know the EU is inefficient and overambitious but for all its many faults it has allowed us to compromise our way around issues such as Northern Ireland. These are now exposed to the cold air and we just have to hope it can’t be as bad as it could be—nobody, after all, voted to get poorer.

What’s your view on the second Scottish referendum?
Well, I think my view is… A plague on all your nationalisms! You know one used to be happy to be British because it was such an understated nationalism. It was muted and it could accommodate a Scottish and a Welsh nationalism—we’d all get excited during the rugby—but now we’re finding these new nationalistic tendencies are setting people against each other.

Now back to your art collection! What pieces really stand out for you?
Here in our flat in London we don’t have too many pictures, we have some very fine photographs by an artist called Liane Lang. One other artist we collect is Calumn Colvin, a Scot, who does photographic installations. He creates scenes in 3D, usually designed so the scene only makes sense from one particular point of view. He did a series based on old masters and I’ve got two. One, Diana and Actaeon shows Actaeon bursting in on Diana. It’s set in a council house and there’s a sort of ironing board in the middle of the floor. He has appropriated a scene and then warped it in this photograph.

You collect together with your wife. Is it harmonious?
We buy together but occasionally I’ll just disappear off and buy something. If it’s a major piece it’s always a joint decision. I do like to buy several works by the same artist over a number of years. Sometimes you don’t like the direction an artist progresses into, but usually I like to follow them.

Have you more time for your art interests now?
I was buying pictures in my thirties and forties but like everyone else I was busy making a career, getting married, having children and all those other things prevented me from doing too much.

The joy of a freer diary is that you can spend more time exploring. The Yorkshire Sculpture Park is the most fabulous experience. It blew me away when I went ten years ago and it’s infinitely better now. They have a huge Tony Cragg exhibition right now, the British sculptor living in Germany. There’s four or five hundred acres of sculpture. It’s a reminder that artistic excellence does exist outside London.

You have a lot of editioned works in your collection.
I buy a lot of multiples and editioned works. Editioned works are some of the best pictures in the history of art, just think of Botticelli. I’ve been taking photos on a semi-serious basis and as I get further into it I realize that the process of printing is as important if not more important than the process of image making. That’s why I have been learning photogravure. It’s an entirely different work. The boundaries of genres between photography and painting are more and more irrelevant and I think that’s a good thing. 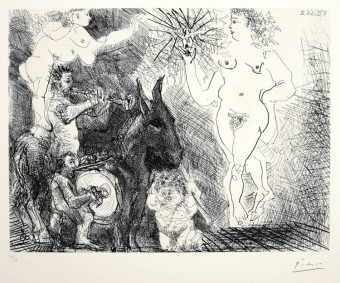