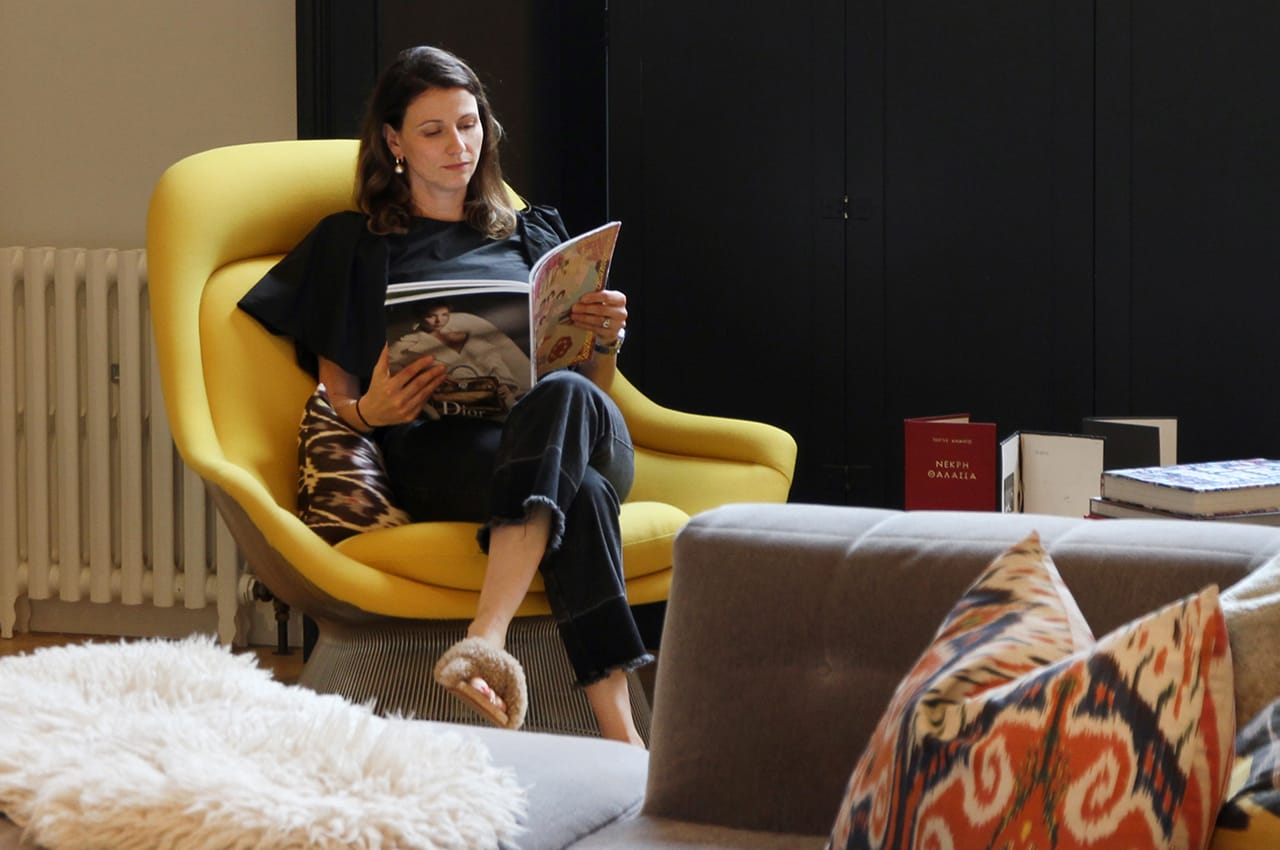 “I have been criticized for buying beautiful things. Beauty continues to be suspect. I think unfairly so, because beauty is a very hard thing to achieve.”

Kate Haslett, who used to work in finance, takes us round her London home where she displays her sentimental and highly diverse art collection. With her unique perspective, she discusses the relationship between art and finance, both before and after the banking collapse and her memories of London’s art scene’s heyday.

FAM: What was the first work of art you bought and what about the work caught your eye?
Kate Haslett: It was a piece by Julie Verhoven. The one in the kitchen. I bought this from the Zoo Art Fair when it still existed at Riflemaker Gallery. I knew one of the gallerists. Most of the contemporary pieces I own have come from artists or dealers who I have a personal relationship with. I like Verhoven’s subtle use of color and the quick lines which somehow coalesce into expressive figures, almost by accident. I have a strong interest in fashion and so her work, which often unapologetically walks the line between art and fashion, caught my attention straight away. 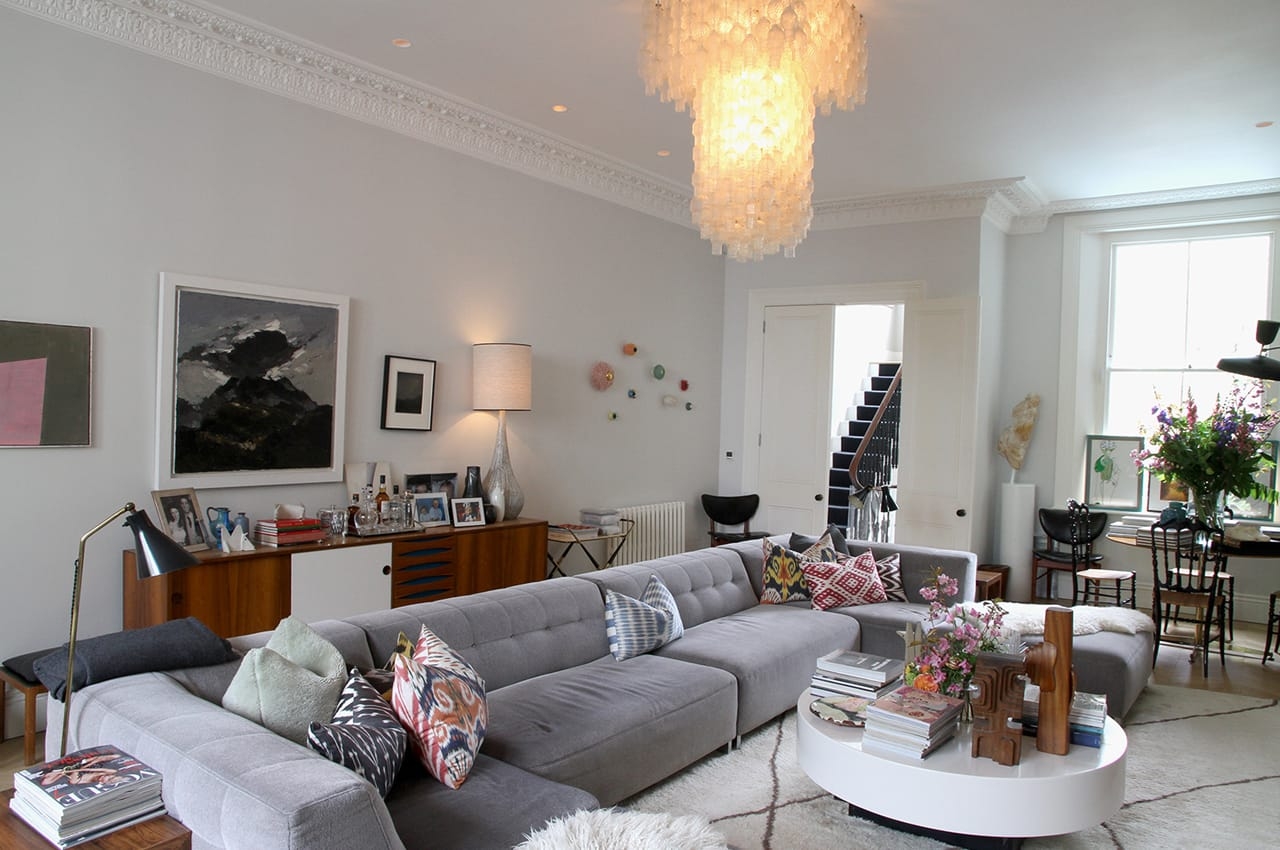 Did you have an interest in art before this?
I’ve always been interested in art and culture and had been to exhibitions and a few art fairs. But it was rather piecemeal as I had very little free time. I had a career in finance, working very long hours and traveling all the time. I entered the art world via personal relationships and quite gradually.

The Zoo Art Fair is now somewhat legendary, especially among smaller galleries. Do you have good memories of this period?
The Zoo Art Fair had a brilliant atmosphere. It was incredibly diverse, at times even anarchic and you were able to discover in a small space hundreds of new artists and new galleries too. It didn’t have the establishment feel of major art fairs—the slight cartel structure of the main art world—but it also didn’t feel amateurish. It was altogether a great time in London in the mid 2000s, with lots of artist run spaces and things like Vyner Street First Thursdays.

Were there any other works you bought in this period, anything we see in the house?
There was an artist collective called T1+2 based in East London who made put on great shows and I met interesting artists through them who I also collect such as Alex Hamilton, Hilary Koob Sasson and Liane Lang. Their work is around the house. I got to know the artists and this gave me the opportunity to understand their projects more deeply, which I find takes time but massively increases what the work means to me, my enjoyment of it. This is the reason I now prefer to buy from exhibitions rather than fairs. 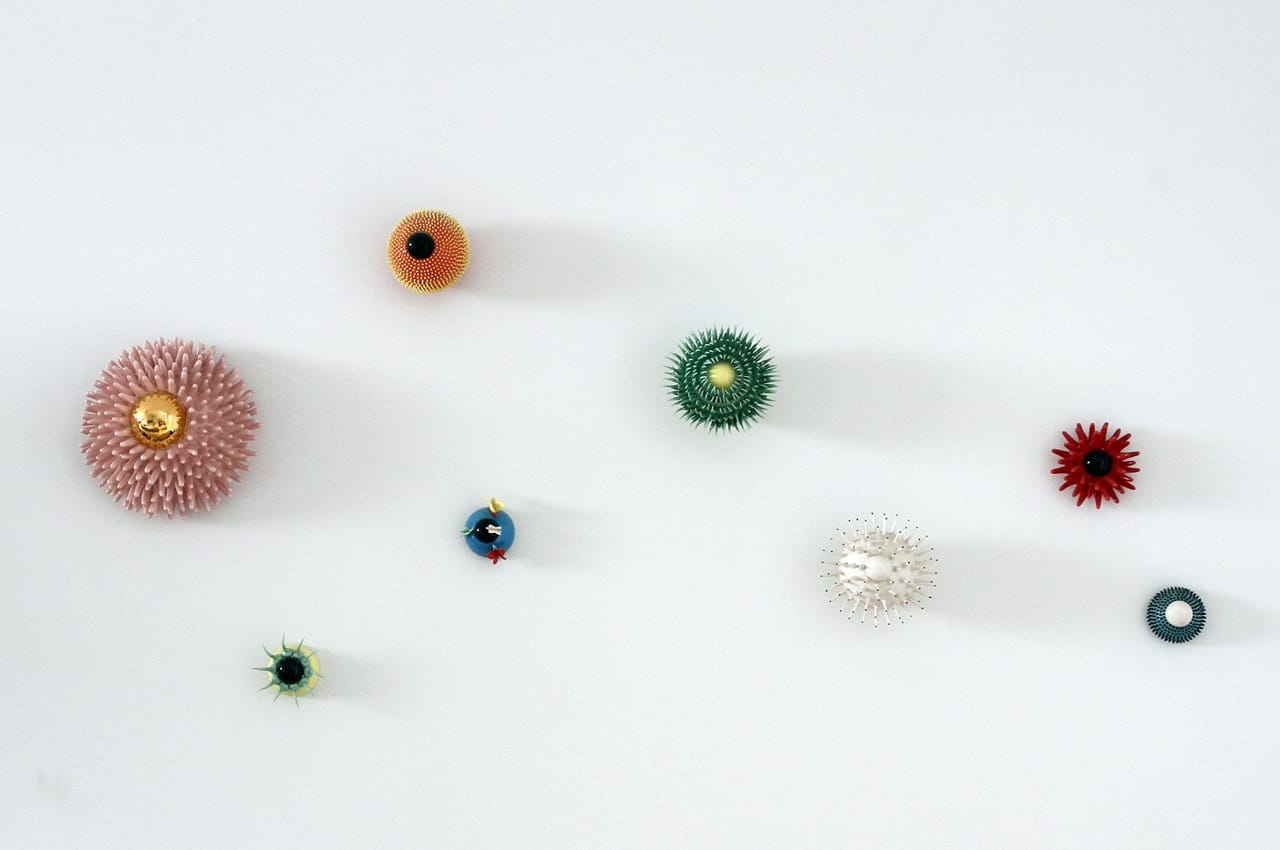 Did your colleagues in finance have an interest in contemporary art at the time?
There was a general interest in art I think but most people in my profession were looking at prestigious show pieces by Damien Hirst and the like. I was always drawn to works on paper, which weren’t very fashionable at that stage.

Which works on paper would you pick out from your collection?
I have many by the artists already mentioned; Europe (The Albert Memorial) by Liane Lang, Alex Hamilton’s work and a beautiful etching by Frank Auerbach, which is in the sitting room. I often felt I couldn’t quite afford the works I really coveted. But I was advised by some proper collectors that you have to stretch a little bit, to buy the thing you think you can’t quite afford as those tend to be the best purchases. I have sort of learnt to do that. 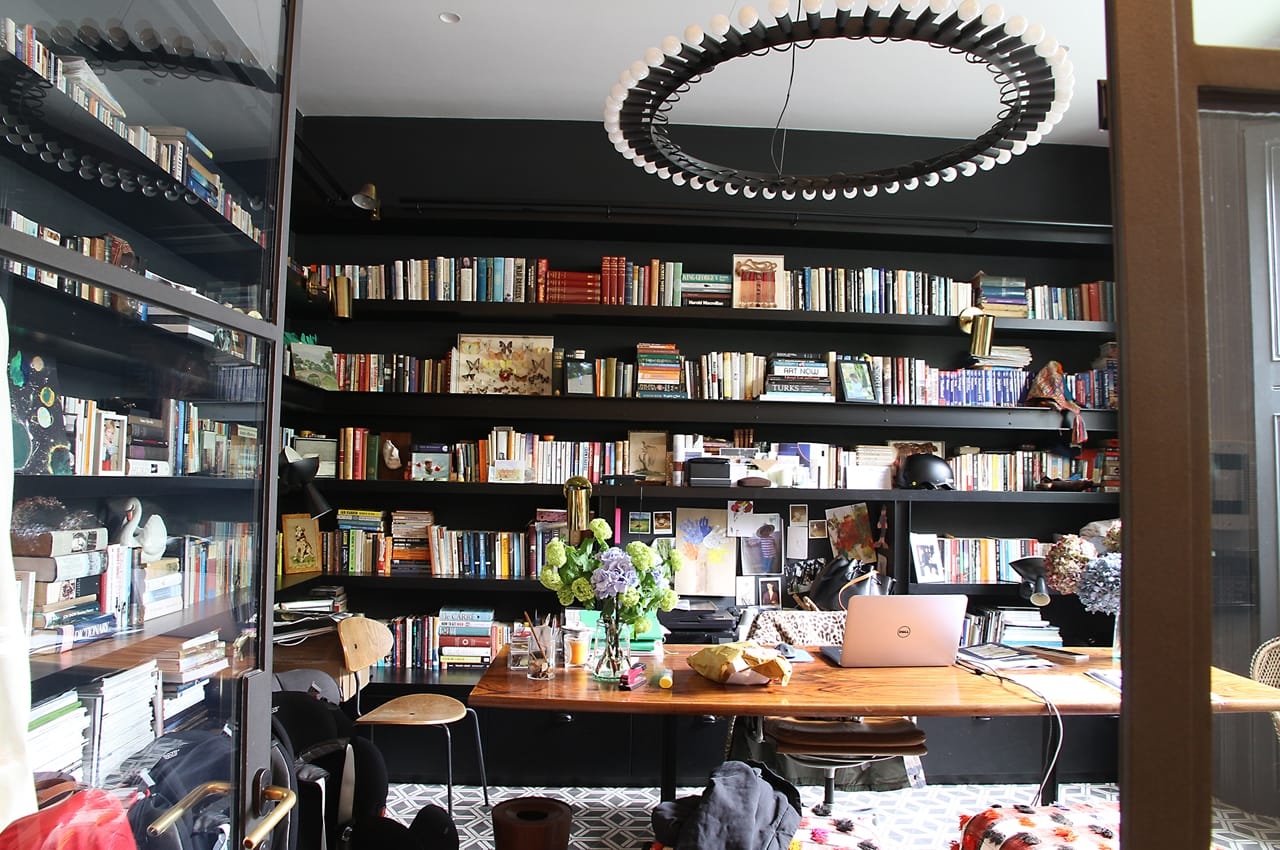 Are there any other galleries you bought from?
I have bought from The Wapping Bankside. Jules Wright (theatre director and founder of The Wapping Project) who sadly passed away, had a huge influence on me. She taught me a huge amount. I have a fair few pieces from her artists and a few pieces from her own collection too. The Guy Bourdin for example. This used to hang in Jules’ office but actually belonged to her husband Josh. I preferred Josh’s one to hers and she quite happily sold it to me, without telling him! (Laughs) Josh told me later that it was actually his. It’s a beautiful shot. I spent many hours looking at it while chatting with Jules. Josh forgave me. 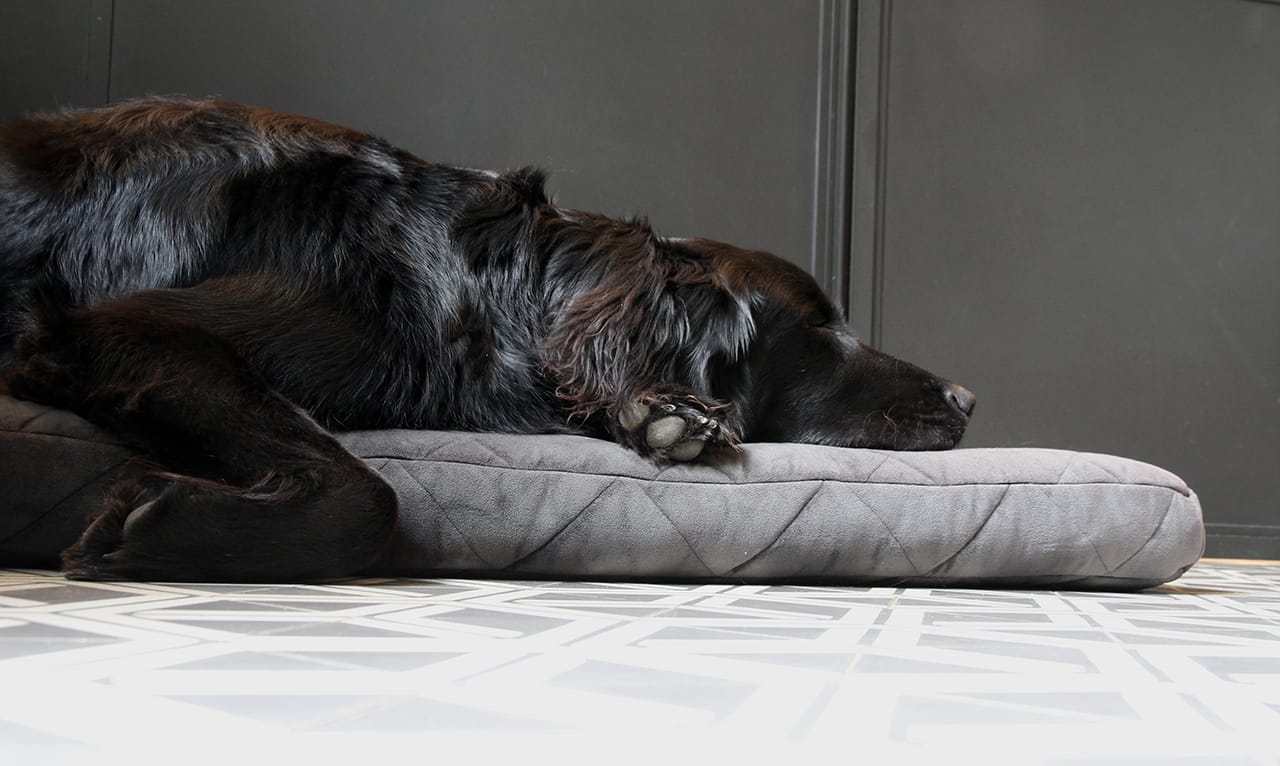 Guy Bourdin is another artist who blurs art and fashion and I know people have strong opinions on that. I am not interested in classification. He was pioneering and I am as interested in his personal work as I am in his campaigns.
I also bought work by Elina Brotherus. I saw her show at the Whitechapel Gallery, which was an intense and intimate portrayal of her trials in trying to have a baby. That was something I could relate to and I found the way she made those experiences public incredibly freeing and profound. The work was brutal but it also normalized the experience. I bought a work from an older series which I always loved, her and her boyfriend looking in a mirror holding hands.
Art sometimes has the power to alleviate our pain by showing us the universality and the poetry in experiences. This close intimate relationship with art is one of the reasons I collect, so I can live with pieces and inhabit them. This piece also reminds me of Jules.

So between when you started collecting and now, what do you feel has changed in the art world?
Well, of course I have changed, so one needs to take that into account. But I would say that in the very buoyant economy and particularly banking sector before the financial crash there was a lot of willingness to experiment and buy works that didn’t have an establishment stamp on it. There was a new wave of collectors who were perhaps less conservative. Also there were people buying art who weren’t in the Damien Hirst price bracket and ventured into less trodden territory, buying works they loved and could afford. With the banking collapse there was a lot of retrenchment and art was the first thing to suffer. It’s largely psychological. People started buying things that were perceived to be ‘secure’ investments. This blew up the top of the art market but withered the roots. 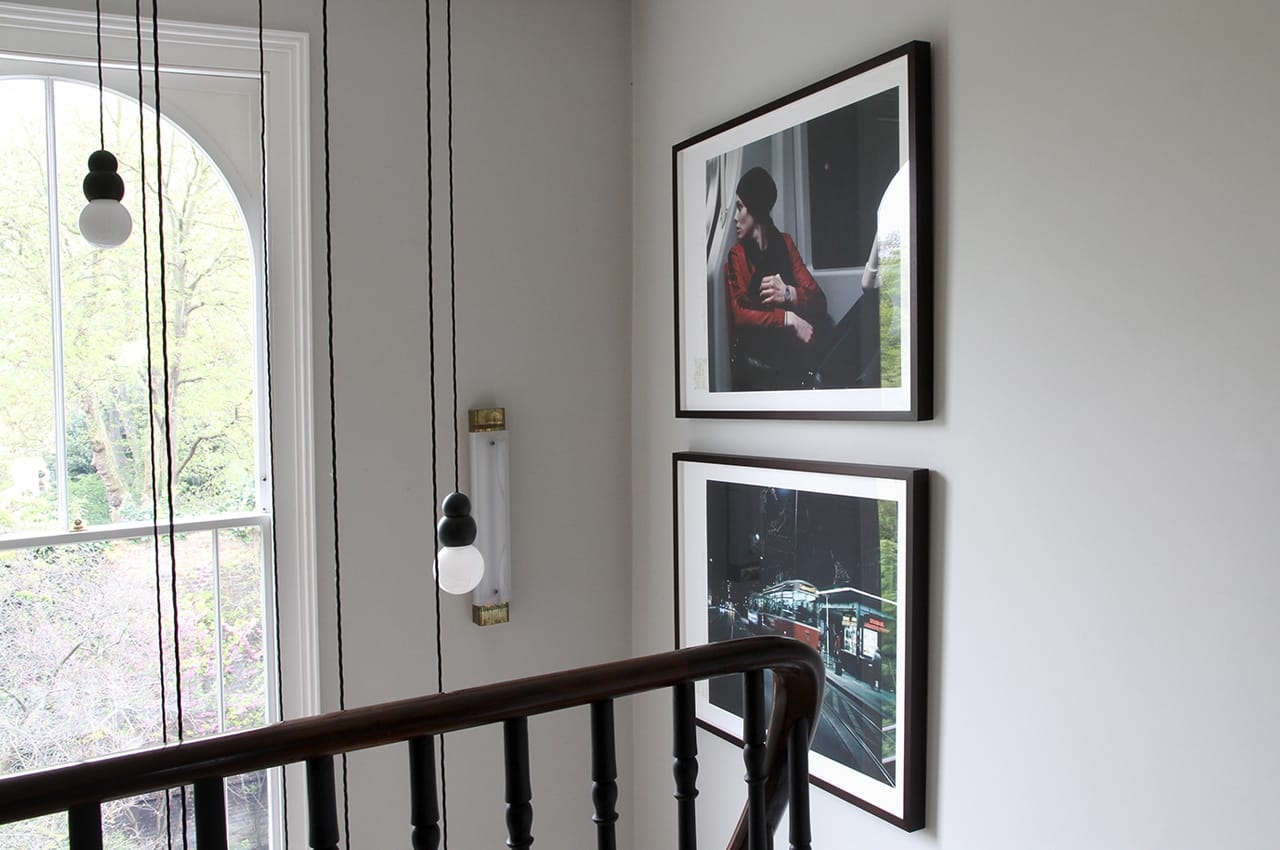 Of the galleries you bought from, Paradise Row, Riflemaker, T1+2, most have closed, right?
Yes, most of those galleries have gone. Patrick Hide Gallery, who represents Alex Hamilton, is still going strong. I like a lot of the work he shows. Although some galleries have gone, the artists have not, artists are very resilient.

So if you had to summarize the kind of art you buy, what would you say?
My collection is eclectic, let’s say. But there is a thread that runs through it. I buy works that have emotional resonance for me. I have been criticized for buying beautiful things. Beauty continues to be suspect. I think unfairly so, because beauty is a very hard thing to achieve and is often a word used to describe more complex emotions; like being touched visually or emotionally by something for reasons hard to put into words.

Do you remember when you were first introduced to art?
Although my family was not a source of obvious cultural education they did instill in me a passion for literature. I started my aesthetic interest through clothes and fashion. I was always fascinated by clothes as something to hide and disguise yourself, to provide shelter or protection. I started studying costume design but I wasn’t patient enough to learn it. I was also into film when I was young. Artists and art events later formed a nice contrast to my professional life.

Did you ever feel criticized by artists for being in finance?
No never by artists. They’re obviously polite as bankers form most of the client base… but I’ve also found artists often interested in the functional detail of finance, artists I think are generally interested in how things work. I’ve had negative comments from the sort of hangers-on in the art world but never from artists themselves.

Are you still buying new works?
I haven’t seen as much recently because I have young children and less time to go out. I like to take my time and space to consider things too. I did recently buy work from Purdy Hicks Gallery, a piece by David Quinn. He mark-makes on different formats and materials. Some look like old manuscripts and scrolls. They are very interesting works. Another recent purchase was on a V&A trip with Martin Barnes to Paris Photo, which was wonderful. I bought a Susan Durgess piece. Her work is beautiful and I love the performative aspect of it. She is now an elderly lady, romping across the moors, exposing papers in the countryside.

How do you feel about nude and explicit works in the house with young children? Has it changed your choices?
I don’t have an issue with nudity. Most of the works I have are not explicit or sexualizing nudes. I have a line but I am happy for my kids to see nudity. 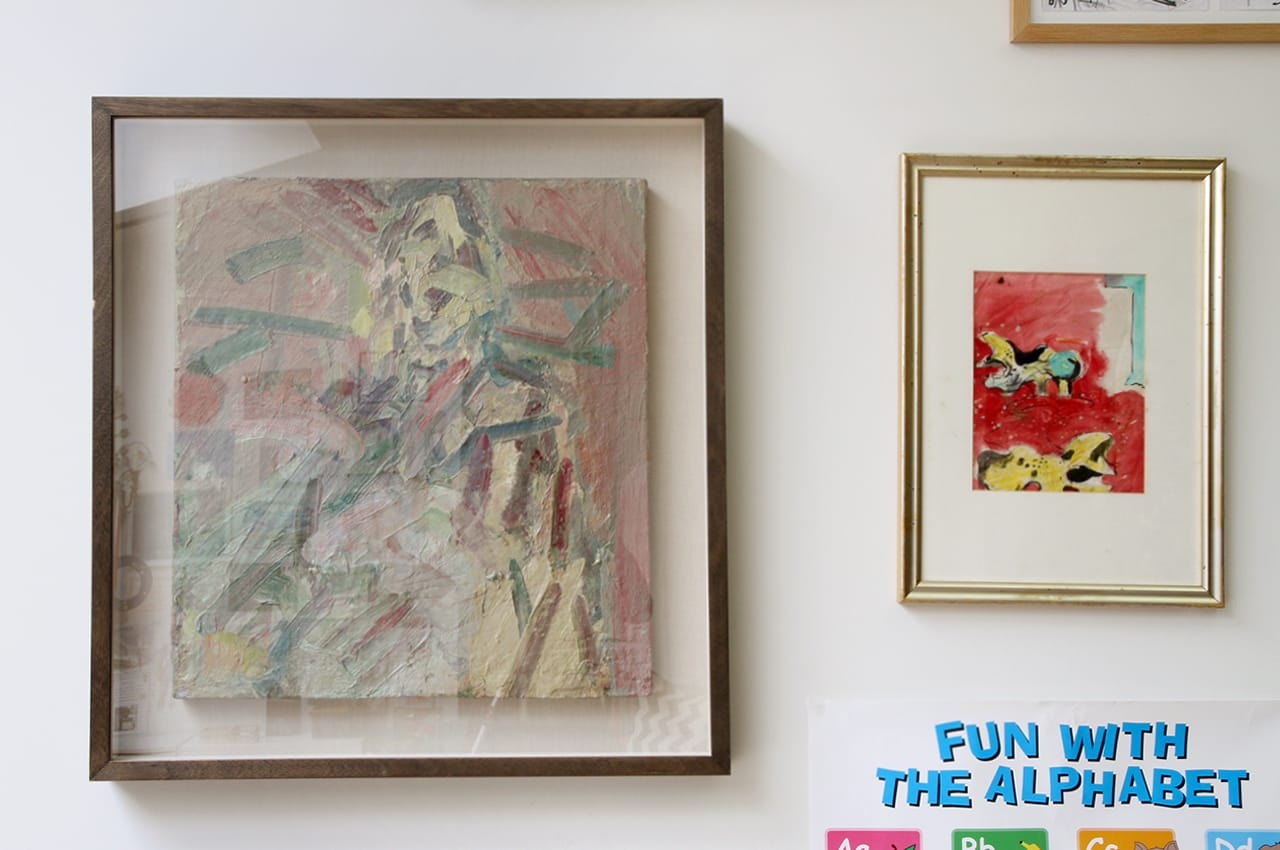 Do you collect together with your husband?
No not really. It’s mainly me. Before we got married he bought a few works, most of which I may have suggested. Once I went to an Auerbach private view and all the pictures had gone. I was devastated. Later my husband gave me a gift and as I opened it my heart sank. As you know, art is not a thing you should buy for other people… but it turned out to be one of the Auerbach’s, which he had reserved before the opening. It was just so incredible, I nearly collapsed when I opened it.

So art continues to be a source of much pleasure?
Yes, absolutely it’s a source of pleasure, a lot of laughs, sometimes sadness. It’s the best thing you can spend money on, in my opinion. The gift that keeps on giving. 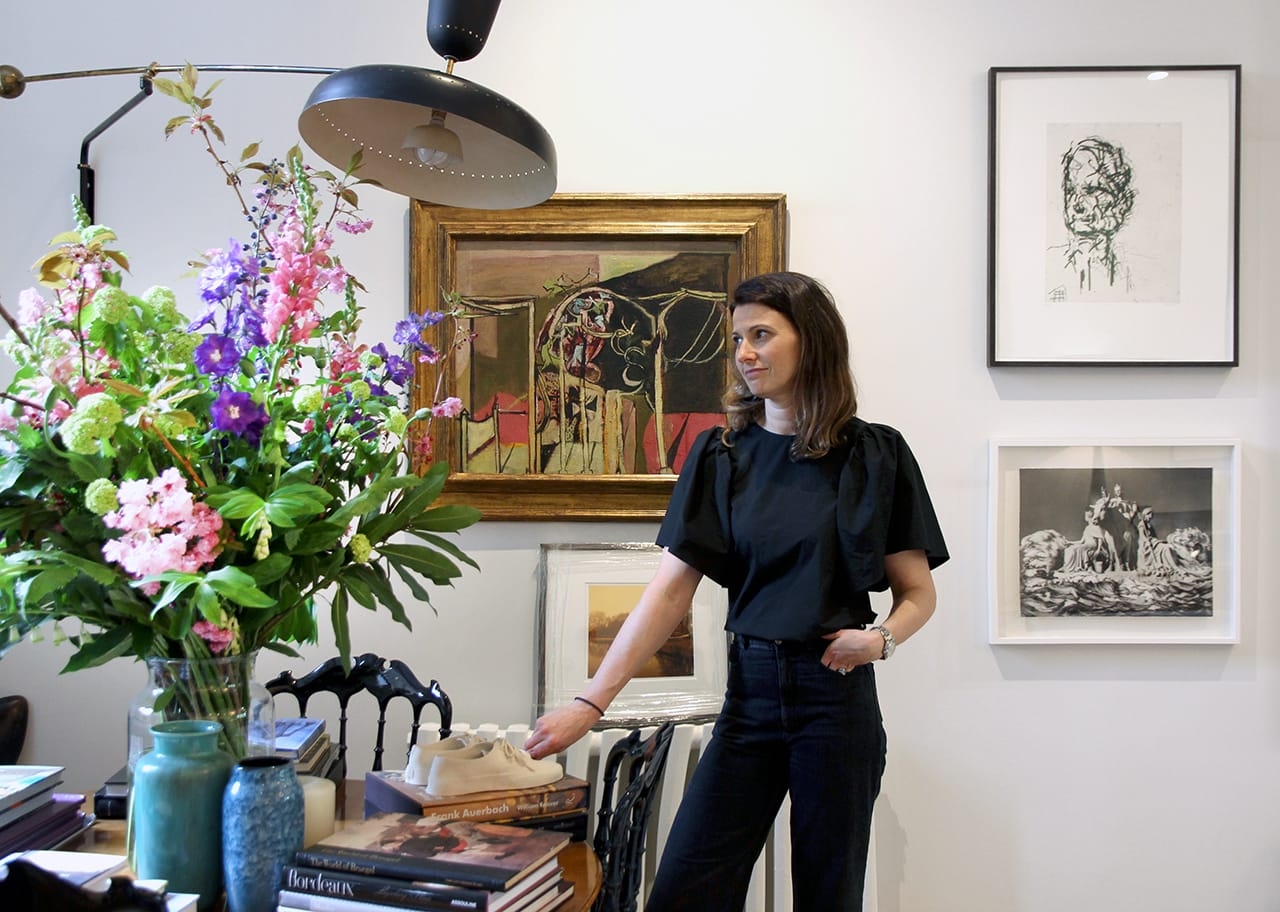 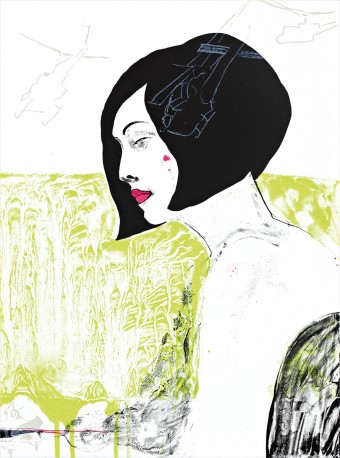 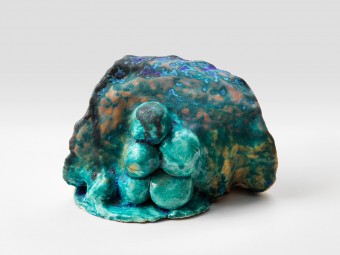