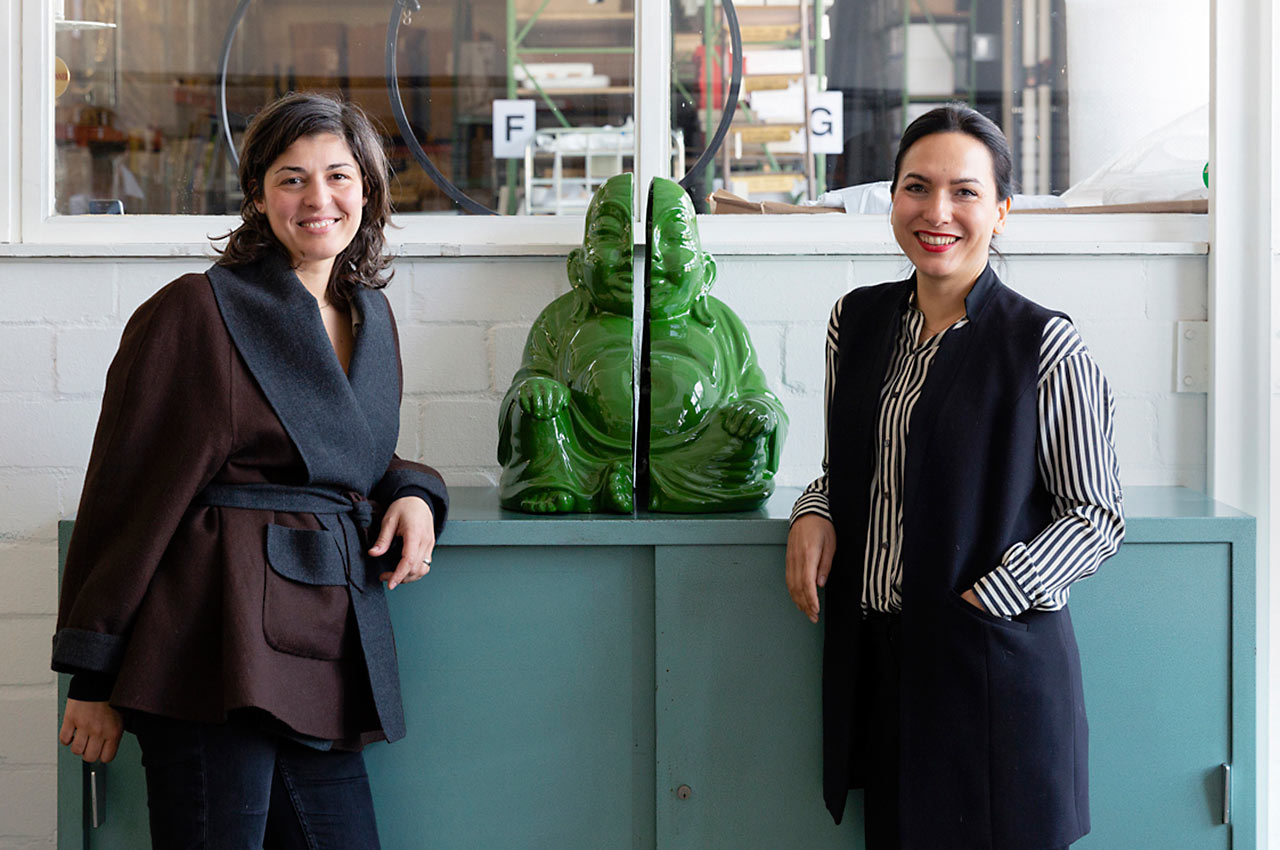 “I don’t feel like we found this collection, but that the collection found us.”Shirin Marquart

In a large warehouse in the North of Berlin, a team of art handlers and registrars are hard at work cataloguing the collection of the Italian art collector, Francesco Conz. Collaborating with artists such as Carolee Schneemann and Allan Kaprow, Conz produced multiples and unique artworks that have been hidden under lock and key for almost a decade. Now, with the help of Shirin Marquart and Stefania Palumbo, these treasures are finally being revealed. 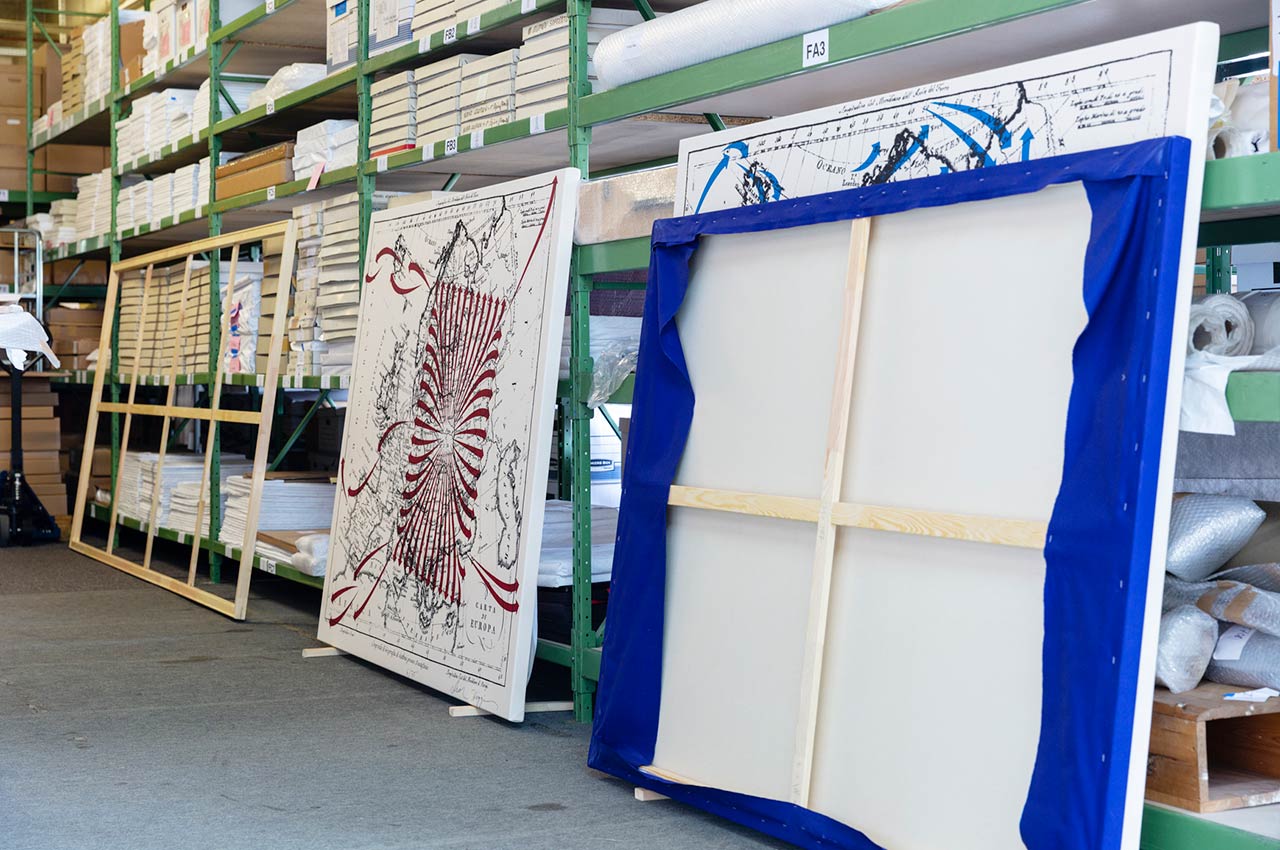 FAM: Shirin and Stefania, thank you both for taking the time to talk with us. I had no idea about the size of the operation going on here.
Stefania Palumbo: Yes, everyone says that! The collection is considerable with around 3000 works from over 150 artists.

Are you normally this busy, there must be 15 people buzzing around?
SP: We are especially busy now because we’re getting ready for Art Cologne. There’s a lot to do.

Shirin, you were instrumental in organising the purchase of this collection, how did that all come about?
Shirin Marquart: At the time the collection was in Graz in a big dusty hanger filled with cars and with artworks scattered all over the place. A prominent gallerist was looking for financing to acquire the Collection Conz, so my first involvement was as an investor. When the gallerist decided not to continue and dropped out of the deal, we continued to work on it – let’s just say it was a messy situation. But the more we worked on archiving the collection, the less comfortable I felt with the initial plan to divide and sell it. I felt we had to catalogue and understand it before doing anything else. So the decision was made to set up a professional Archive. It was Daniel Hopp, now the owner of the Archivio Conz, who gave us this great opportunity to bring this collection back to life.

You felt that the Collection should stay together?
SM: The importance of the collection doesn’t reside in single valuable items. The market had never been a major focus for Conz. And we felt that by keeping it altogether it becomes much more valuable because of its historical significance. 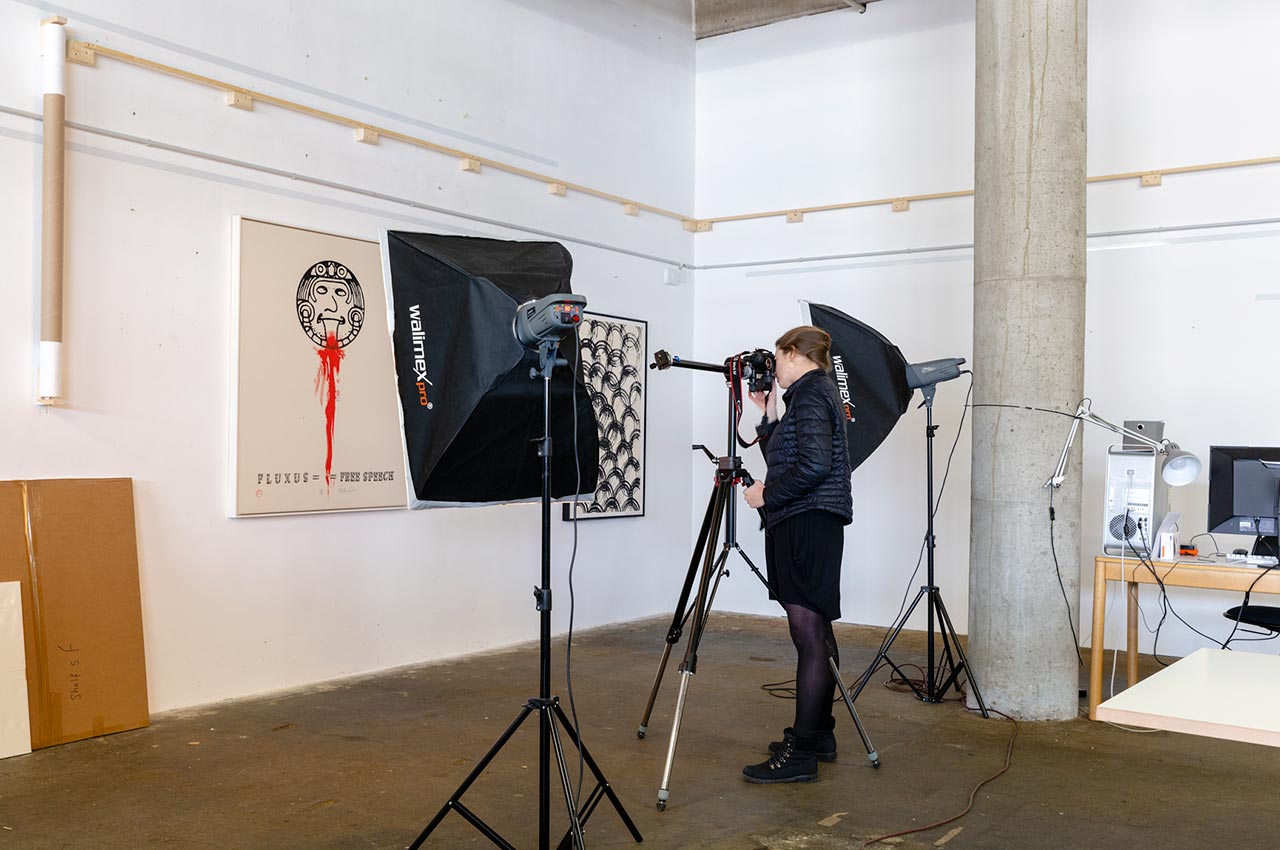 And Stefania how did you first come to be involved?
SM: Well quite fortuitously Stefania was my neighbour! I knew her and her partner, Gigiotto del Vecchio, from their work with the Gallery Supportico Lopez. So I asked her if she knew about Francesco Conz and immediately she said yes, of course, and then asked why? And then I told her I had just bought the collection! It was a bit like being in a movie.
SP: Anyone who is Italian and interested in art history knows about the Archivio Conz, it is shrouded in mystery – what treasures does it contain, which artists are featured? When Shirin asked me and Gigiotto to get involved, we were super excited.

Did you know what you were getting involved in before you started?
SM: No, we had no way of knowing. It is an enormous project, and in some ways I don’t feel like we found this collection, but that the collection found us.
SP: It’s infinite. The collection grows continually. The other day I found a hundred unique works hidden in a box by the Czech artists Josef Hirsal and Bohumilou Grögerovou.

It’s impossible to go further without delving more into the figure of Francesco Conz, he was much more than just a collector.
SP: Much more, he was a hugely important figure. In fact since 1974 he was the person in Europe for the Fluxus artists. He built up often intense relationships with the visiting artists, and together they produced beautiful and elaborate editions. He had a kind of obsession in keeping everything that the artists produced. 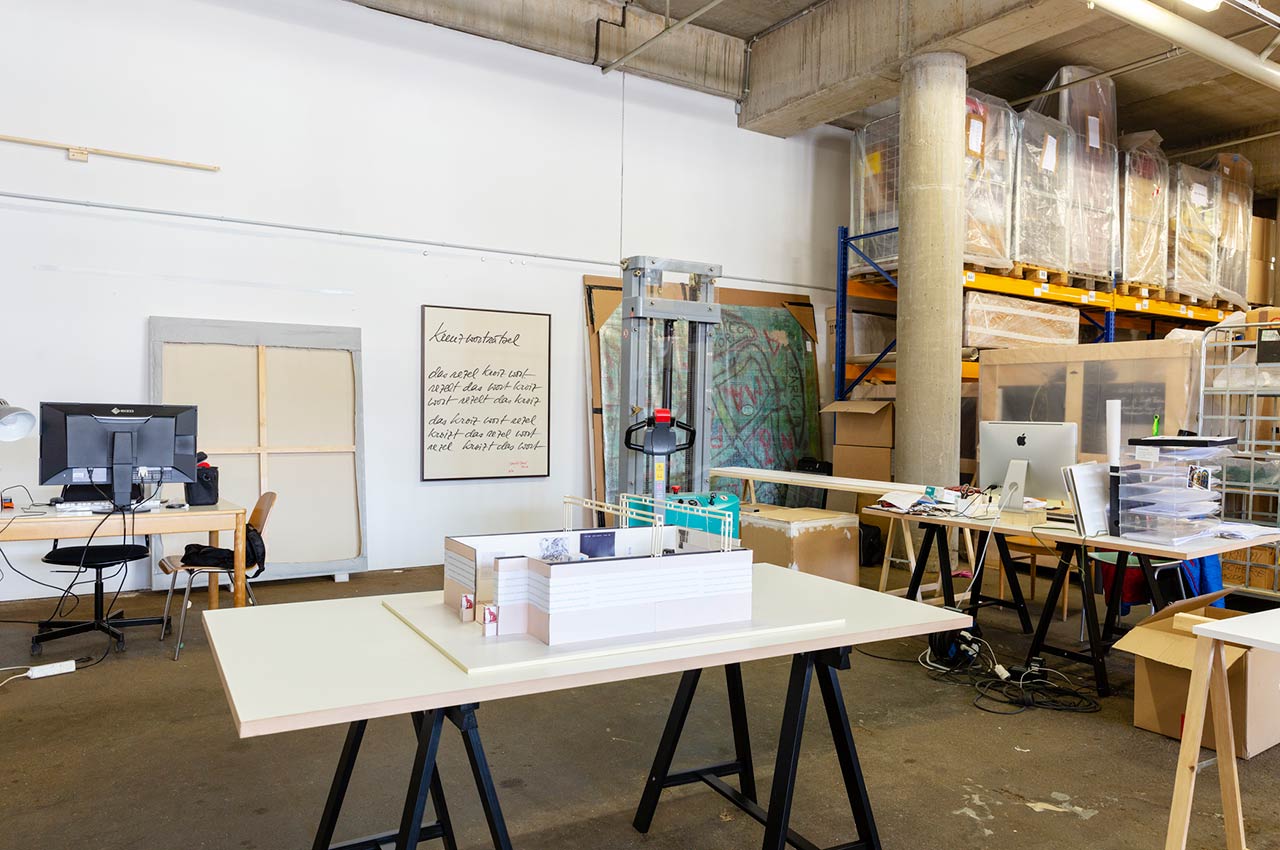 Where did that impulse come from?
SP: The process I think. He collected Old Masters for a short time but he didn’t enjoy it. He wanted to have fun and Fluxus gave him freedom as a collector. The possibility to give a fridge to an artist and say do something with it – you cant do that with a contemporary artist. You need someone with the idea of the jester and that total commitment to combine art and life. 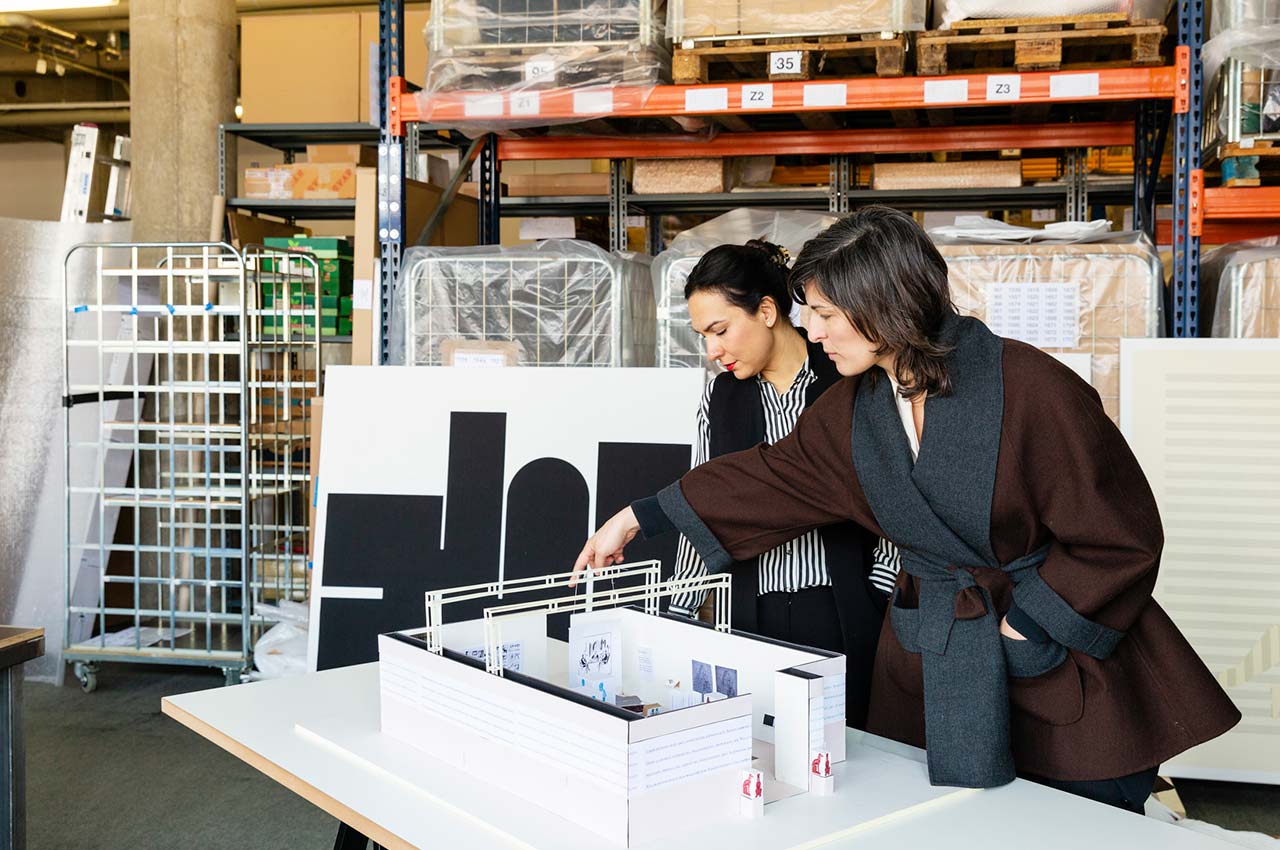 What was it about him that made him such a compelling character, capable of getting Nam June Paik and Yoko Ono to come and stay with him and collaborate?
SP: We should see it from the other way round. It is about Fluxus, they were open to new working possibilities. There  is a work on the wall outside, “Fluxus = Free Speech”. This sums up what Fluxus is for me, it was something free and the freedom that this intuition gives you is something that goes beyond any scheme or concept.

Did he know that he was collecting at a critical moment in art history?
SP: He was a highly intelligent person who led an interesting life. He even worked as a valet for the Duke of Windsor and Wallis Simpson – actually I just found a letter from Buckingham Palace. For him coming across these people and this energy was a revelation. I think he felt a distance from his catholic upbringing, and his spirituality was transferred to the arts – he would often refer to artists as saints. Art had a mystical significance to him and I think he must have been aware of the importance.

Is there a growing interest in Fluxus artists?
SM: Definitely, and I see so many artists are taking inspiration from Fluxus. Some in a good way and some not! A lot of contemporary artists are beginning to mine their ideas and at the same time increase their significance. 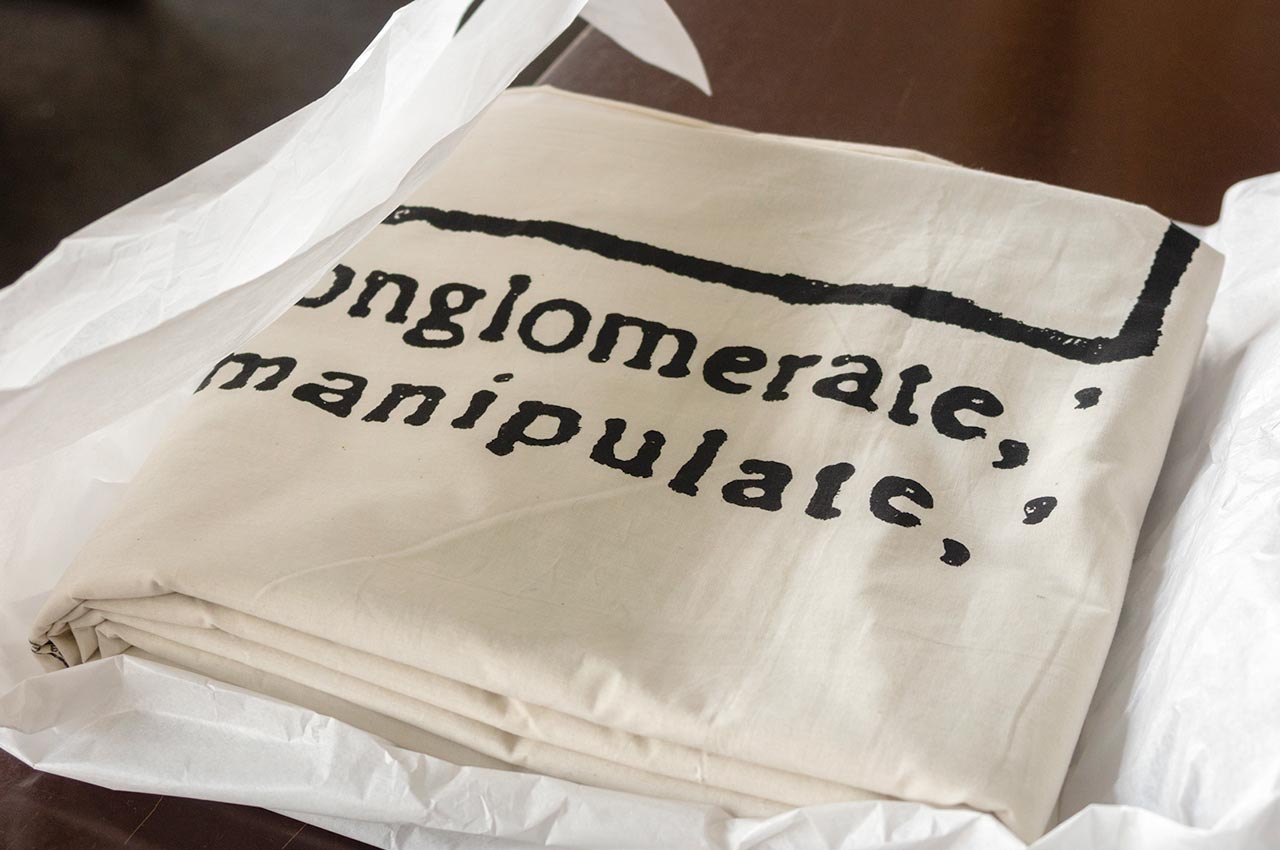 I heard he was quite chaotic as a collector, keeping everything stashed together with bits of ephemera?
SP: He wasn’t chaotic, it would be impossible if he was. Everything was actually well organised.
SM: But there was a passage of time after his death when the collection was interfered with a little. He left no instructions about what to do with it in his will, and his children did not want to keep it – the relationship wasn’t good. Locks had to be changed when old assistants tried to get in. Dealers with access to it clearly took some parts away. So we are rebuilding it and restoring, but it takes a lot of time.

I have heard it mentioned that he was fetish collector? What does that mean exactly?
SM: He documented everything, he got the artists to sign the bottles of wine they had been drinking and photographed everything, stashing them along with receipts in envelopes. Like the Fluxus artists he completely broke down the boundaries between artistic practice and personal experience.
SP: The fascinating aspect of him as a collector was that he was never buying the works but assisting in their production. Like the Geoffrey Hendricks sculptures, he found these plastic reproductions and asked the artist to work on them.

Stefania, you mentioned he collected artists rather than art?
SP: Yes! Even in a literal way, there are jars filled with Henri Chopin’s hair, he even kept the brushes Lawrence Ferlinghetti used to make his editions.
SM: Recently, I visited Ferlinghetti’s City Lights Bookstore in San Francisco and I left him a letter. Telling him that we have taken over the collection and that we are putting it back in a positive direction.

Did he respond?
SM: Not yet! He’s just turned 100 and only goes there once a month I was told.

What do you have planned for the Art Cologne?
SP: We will be presenting a selection of artist multiples that Francesco Conz published as Edizioni Conz. It is an interesting time for fairs, collectors are scared of buying new work and are choosing instead to invest in established artists. But for collectors who don’t want to spend too much money, a multiple becomes a fabulous option. For this reason they are moving the editions section of the fair right to the front, and we were invited by the director to be the special project in the entrance hall of the fair. 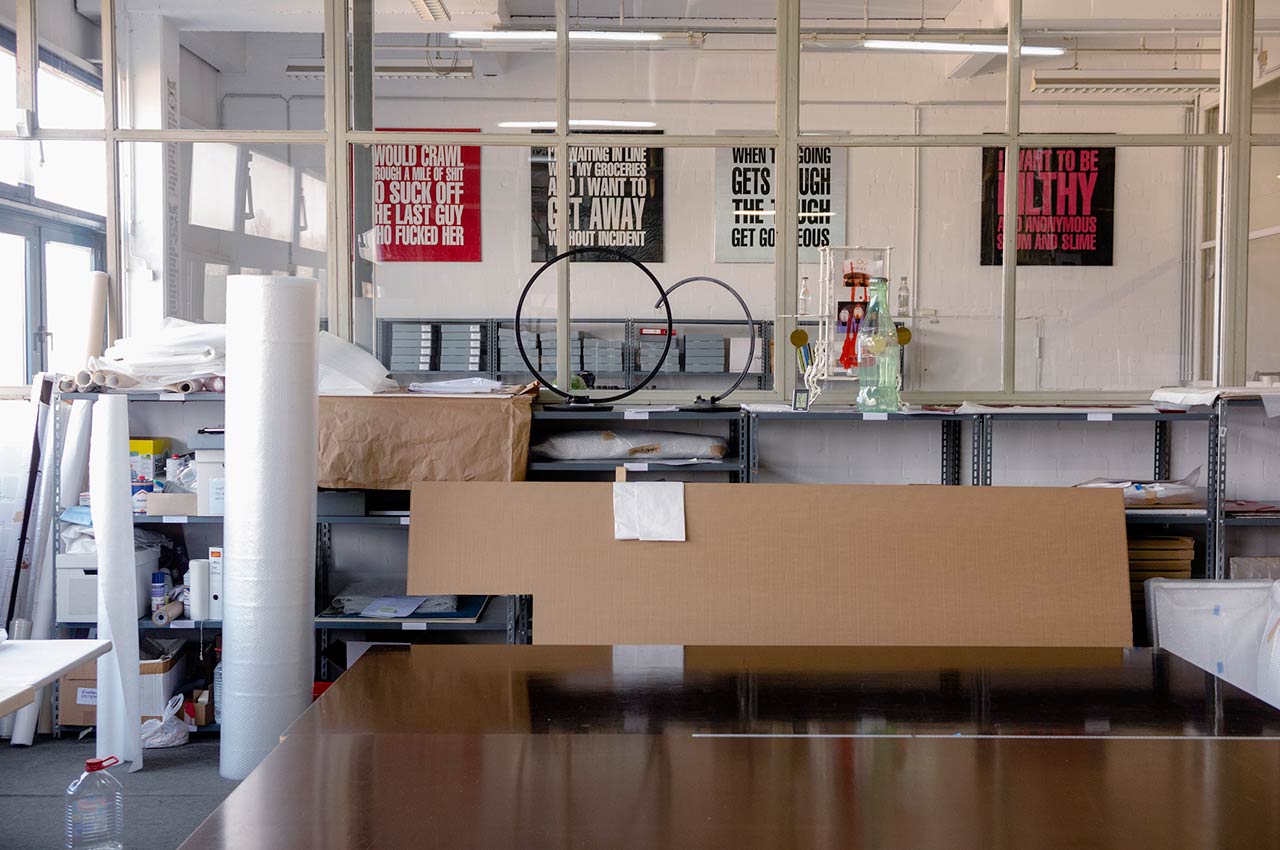 You’re also providing a demonstration of the significance of multiples in art history?
SP: Exactly, the whole booth appears like a Pompeian villa, with a vast 40 metre long cloth edition on fabric by Eric Andersen running along the outside walls of the booth – just to show what Conz was capable of doing. Inside we have editions by John Giorno and Carolee Schneemann, then, in proper Fluxus style, we’ll have a stage in the middle to showcase unique pieces.

What are your ultimate plans for the Archivio Conz?
SP: We just know what’s not going to happen, this won’t go into oblivion. It is a treasure and we are treating it like one and want to open it up to further possibilities. 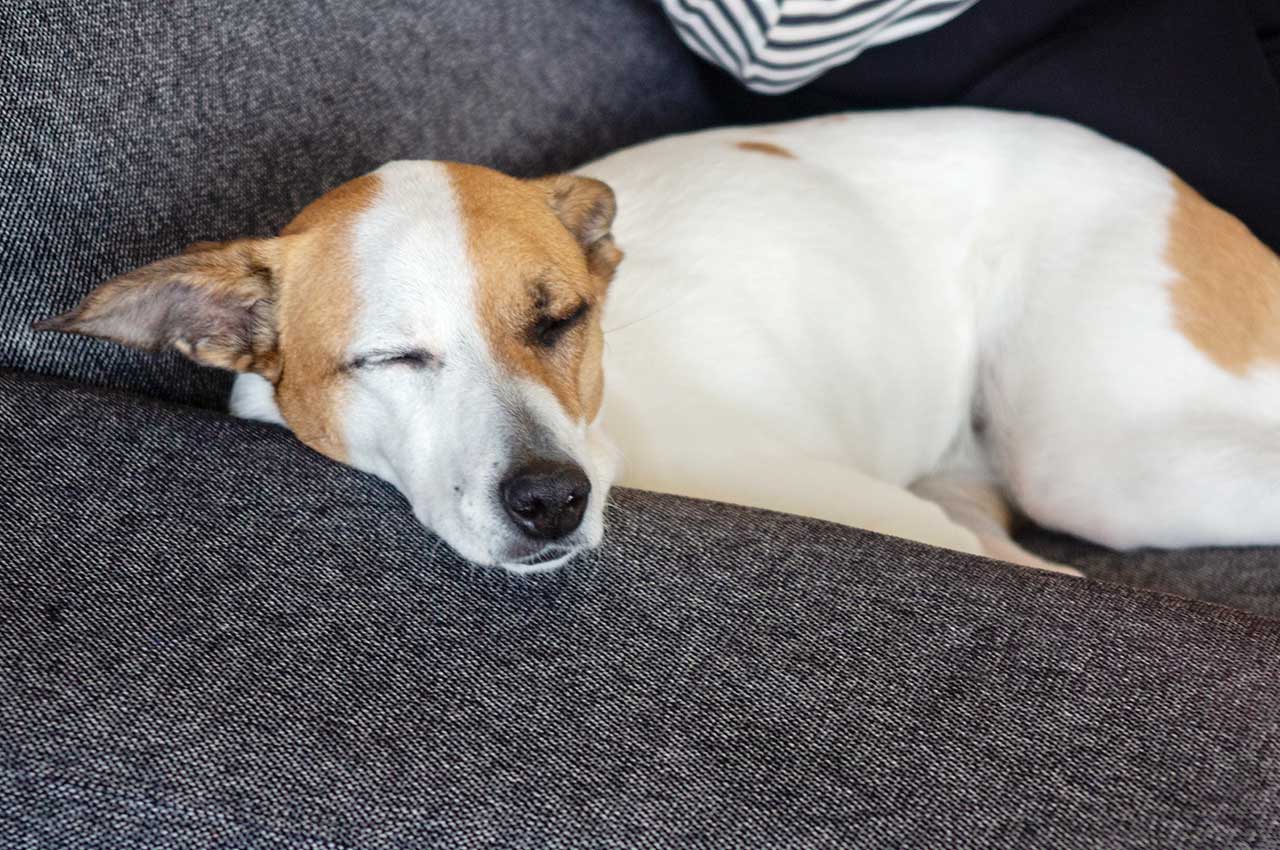 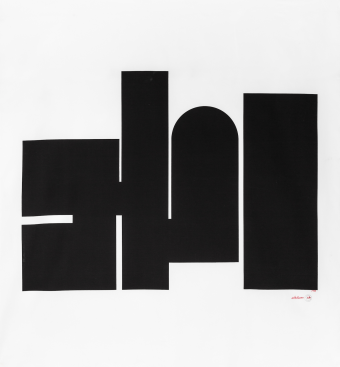 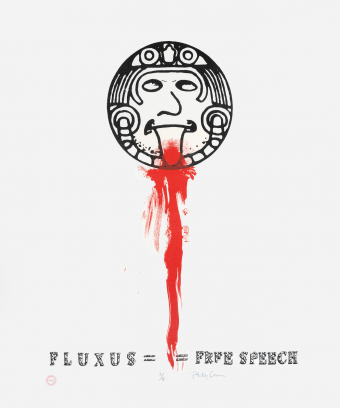 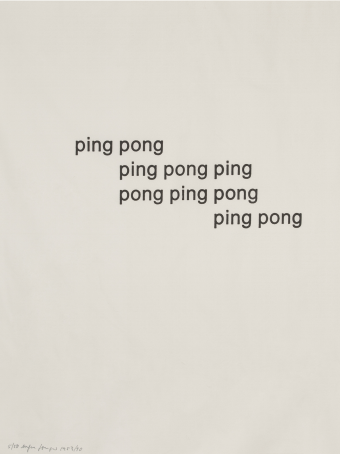