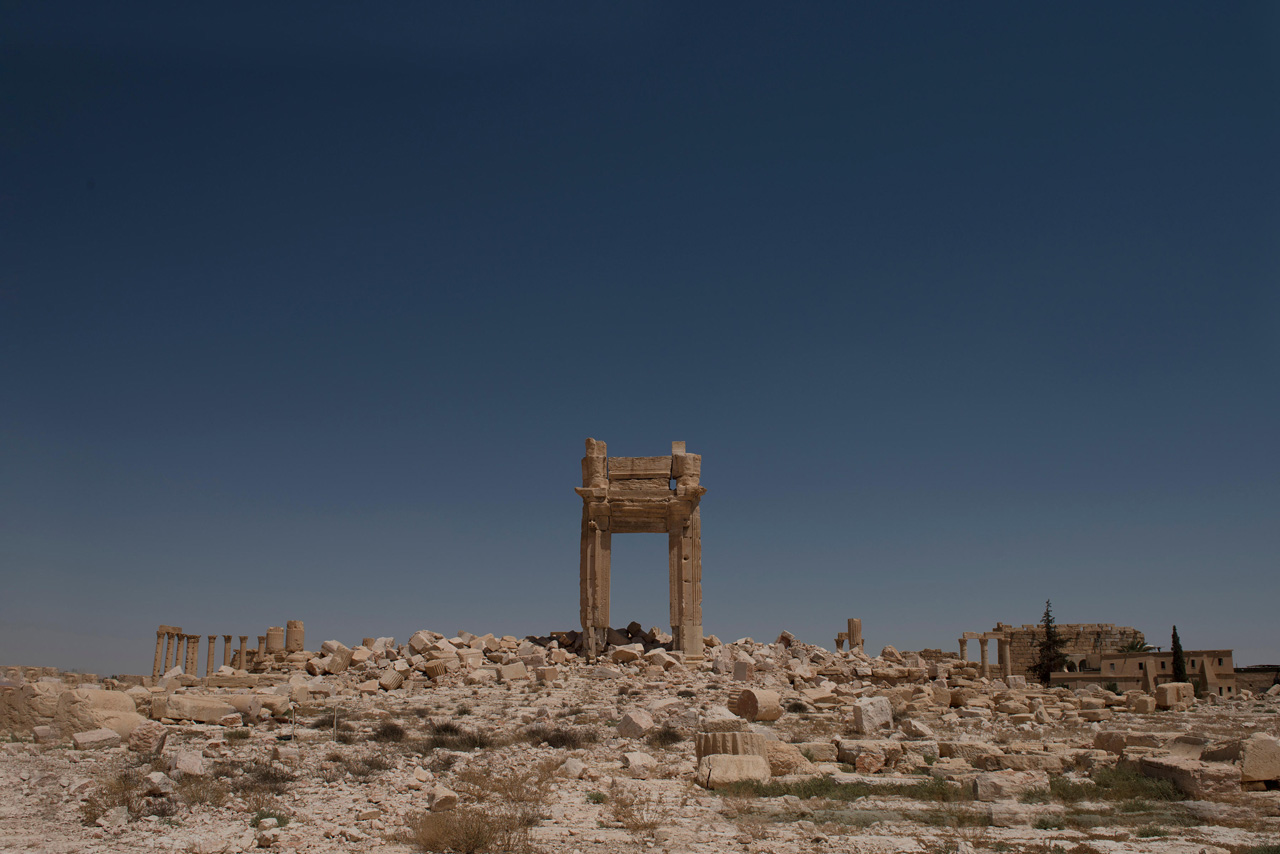 Ruins of the Temple of Bel in Palmyra, Syria, following destruction by ISIS in August 2015
News — 1 year ago

In 2001 the Taliban began trucking in dynamite and weaponry to destroy Afghanistan’s 1500 year old Bamiyan Buddhas. Using local prisoners, they planted explosives all around the 53-metre high statue, wiring the bombs to a nearby mosque where the commanders were waiting. Accompanied by shouts of “Allahu Akbar”, they detonated the dense network of explosives. But when the dust had finally settled, they were stunned to discover that rather than bringing down the whole hillside as they expected, they had only succeeded in blowing off a small section of the Buddha’s legs.

Exasperated, the Taliban Information Minister announced that “This work of destruction is not as simple as people might think”. Anti-tank mines and anti-aircraft guns had all proven to be ineffectual against the stone-carved statues. It was not until a month later, having stuffed Semtex into cavities drilled along the length of the Buddhas, that they succeeded in blowing them up. This decimation of one of the world’s most consecrated sites was celebrated with the sacrificial slaughter of nine cows. 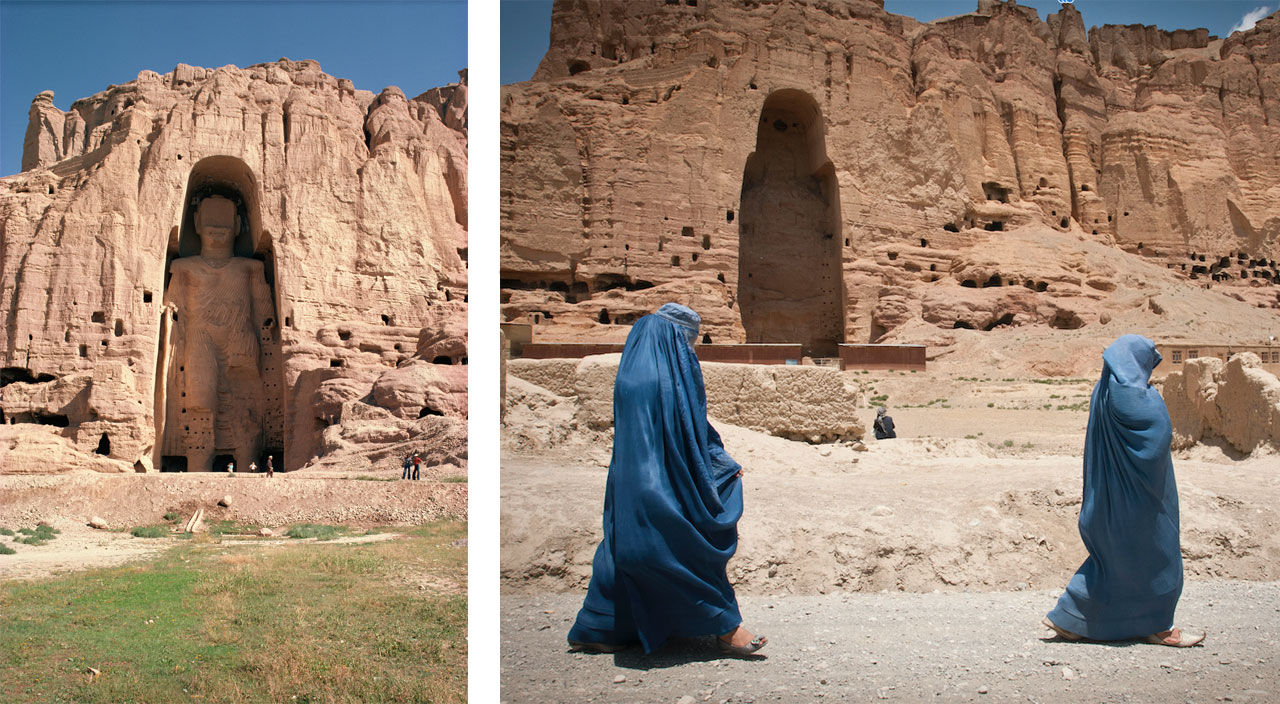 All that’s now left of the largest Buddha is a vast empty niche and thick layer of limestone rubble. Tragically, this is the case for a number of world heritage sites located in Afghanistan and across Syria and Iraq. This fertile plain existing between the Euphrates and Tigris river, where some of the earliest evidence of writing, crop cultivation and mathematics has been discovered, has for decades been devasted by rampaging militias and crushed beneath the grooved tracks of Allied tanks and military vehicles. The destruction of such priceless cultural sites in times of war, is the focus of the latest exhibition “What Remains”, now on at the Imperial War Museum in London.

“Culturecide” has been used as a major weapon of war for millennia. In AD 70, after the conquest of Jerusalem, Titus the future Roman Emperor, appropriated the Second Temple’s golden menorah and took it with him back to Rome. The loss of the symbolic centre of Judaism was a watershed moment for Jewish identity. With the loot seized from the Second Temple the Romans built the Colosseum in Rome and funded further military excursions.

Two millennia later, ISIS began funding their military ambitions by selling historical artefacts captured in museums and from historical sites. It is in response to these actions and to safeguard sites of historic importance, that Britain has followed in the footsteps of France and Saudi Arabia to set up its own cultural task force.

The so-called Cultural Property Protection Unit (CPPU), will protect art and archeology from around the world, investigate looting and identify the location of cultural heritage sites to allied forces. “The idea will be to identify sites so that we don’t drop bombs or park tanks on top of them.” States its new commander Lt Colonel Tim Purbrick.

This is more necessary than many would believe. A shocking report by The British Museum in 2003, condemns the decision made by US-led troops to chose the site of Babylon for the location of their military base. Damage to the site was so extreme that the author of the report, John Cooper, wrote that is was “tantamount to establishing a military camp around Stonehenge.” It was discovered that sand had been mixed with rich archeological fragments, dugout from nearby pits to fill thousands of defensive sandbags. 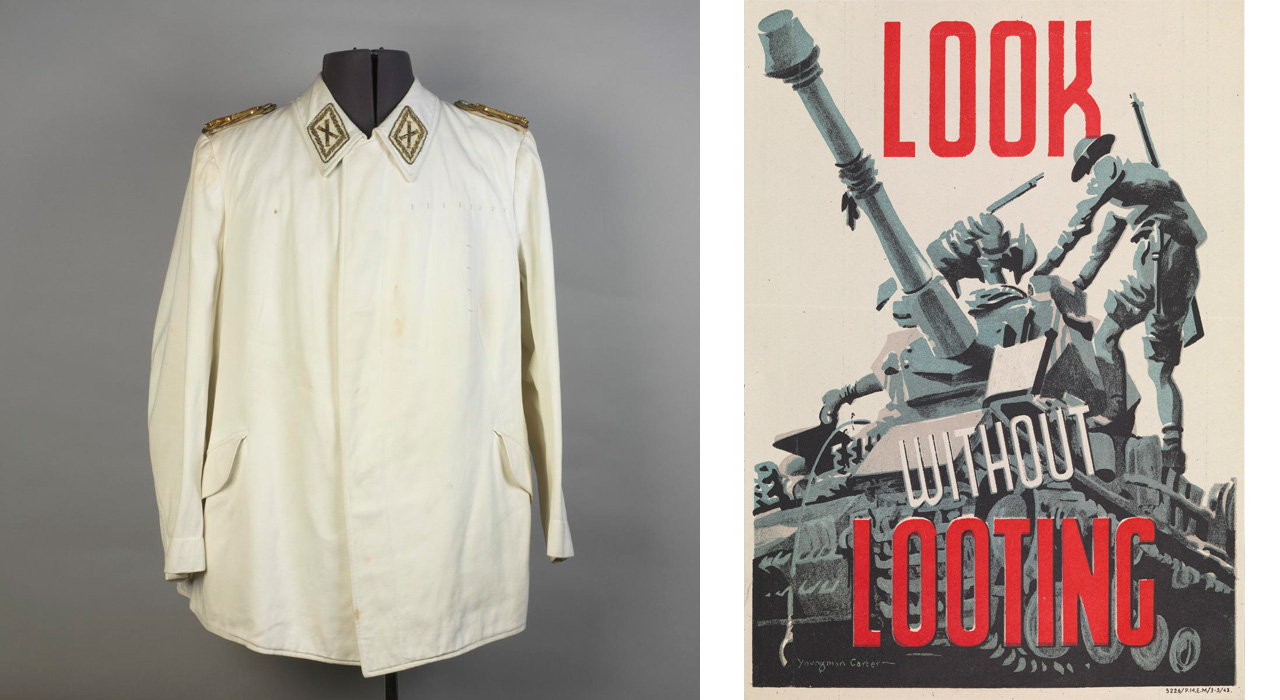 The exhibition does not confine itself solely to the action of nation states or militant groups, but puts a focus on those willing to put their lives at risk to protect these sites. The tragic death of the 82-year old Syrian archeologist Khaled al-Asaad features prominently. Tortured and beheaded by ISIS in 2015 for refusing to reveal the whereabouts of ancient artefacts he had helped to hide, he died having devoted his entire life to promoting and protecting his home town of Palmyra.

ISIS’ orchestrated theft and “culturecide”, is both religious culture cleansing and a tactic of war. One of the more deplorable acts of tactical culturecide occurred in Belgium during the First World War. The destruction of Leuven’s University Library by the Germans obliterated 230,000 books and medieval manuscripts and 1,000s of Renaissance printed works. According to Carl Warner, the curator behind the exhibition: “there is a leverage you can attain if you destroy, or threaten to destroy, the things that have most meaning for people.” In other words, they knew perfectly well what they were doing.

Twenty years later, in 1942, Hitler ordered the infamous Baedeker Raids. Using the German Baedeker travel guide, the Luftwaffe identified British cities with the highest cultural value. Exeter was bombed first, followed by Bath, Norwich and finally York, each a cathedral city. Each of them had little military value but their destruction would have a considerably demoralising effect on the populous. The white jacket of Hermann Göring, the man behind the strategy, is displayed in all its elaborate pomposity.

“What Remains” is part of a series of events taking place at the Museum throughout the Summer. It makes for a fairly depressing viewing, which is why the announcement last week of a number of new UNESCO World Heritage sites is so welcome. Fittingly, the most high profile of these is the city of Babylon. Although the Hanging Gardens are long gone and destruction wrought by Saddam Hussein’s replica palace and Allied troops have taken its toll, there is still much to value in a site that should not be considered as significant to a single country, but of an incalculable significance to the history of the world.

"What Remains” is part of the Culture Under Attack season at the Imperial War Museum – Exhibits will be on view until the 5th January 2020.