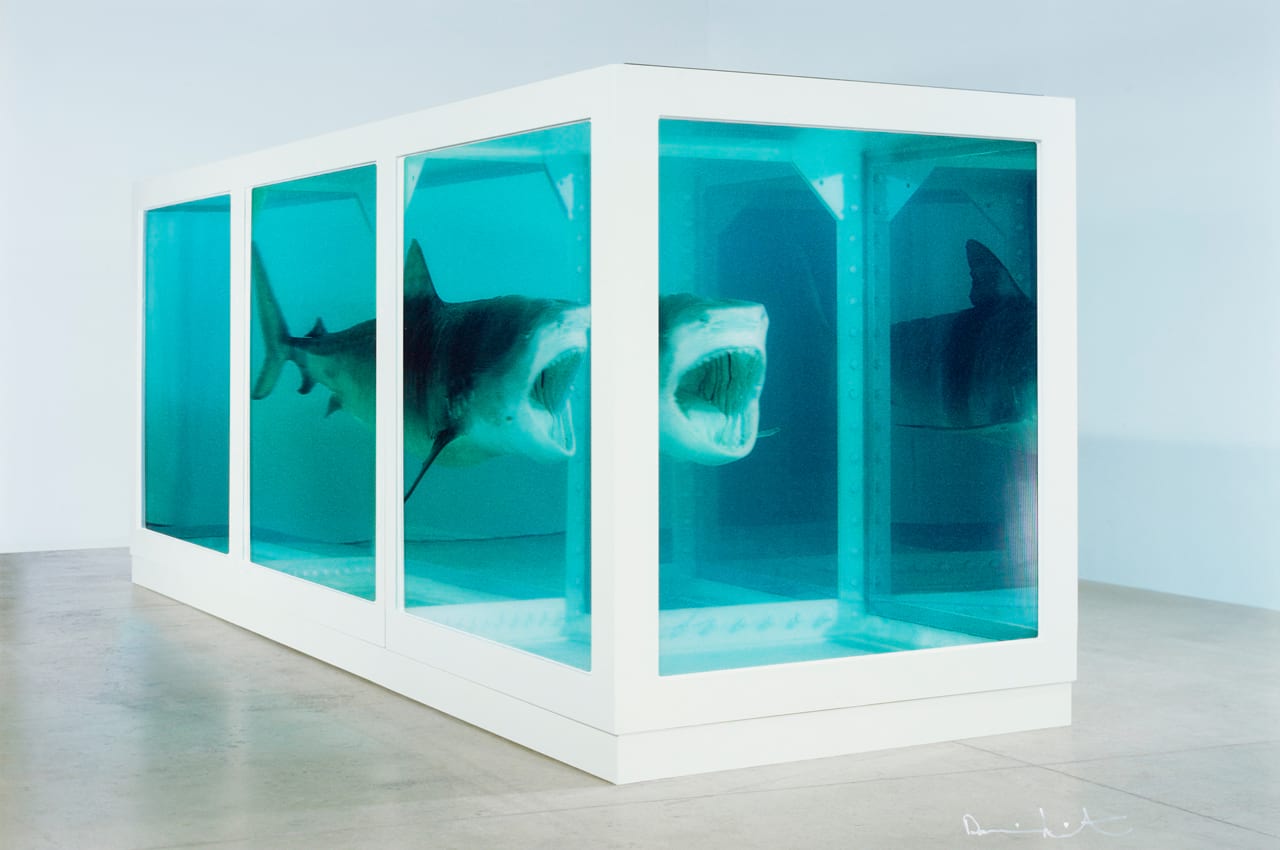 Damien Hirst, The Physical Impossibility of Death in the Mind of Someone Living, 2013. Courtesy of Paul Stolper, London
Review — 3 years ago

Damien Hirst is one of the richest artists alive, making his fortune by shocking the public with his sometimes hilarious, often arrogant but always mind-boggling imagination. Rarely ever able to make it through an opening or public work unveiling without finding himself in the headlines, Hirst’s artistic antics continue to be the subject of much controversy. 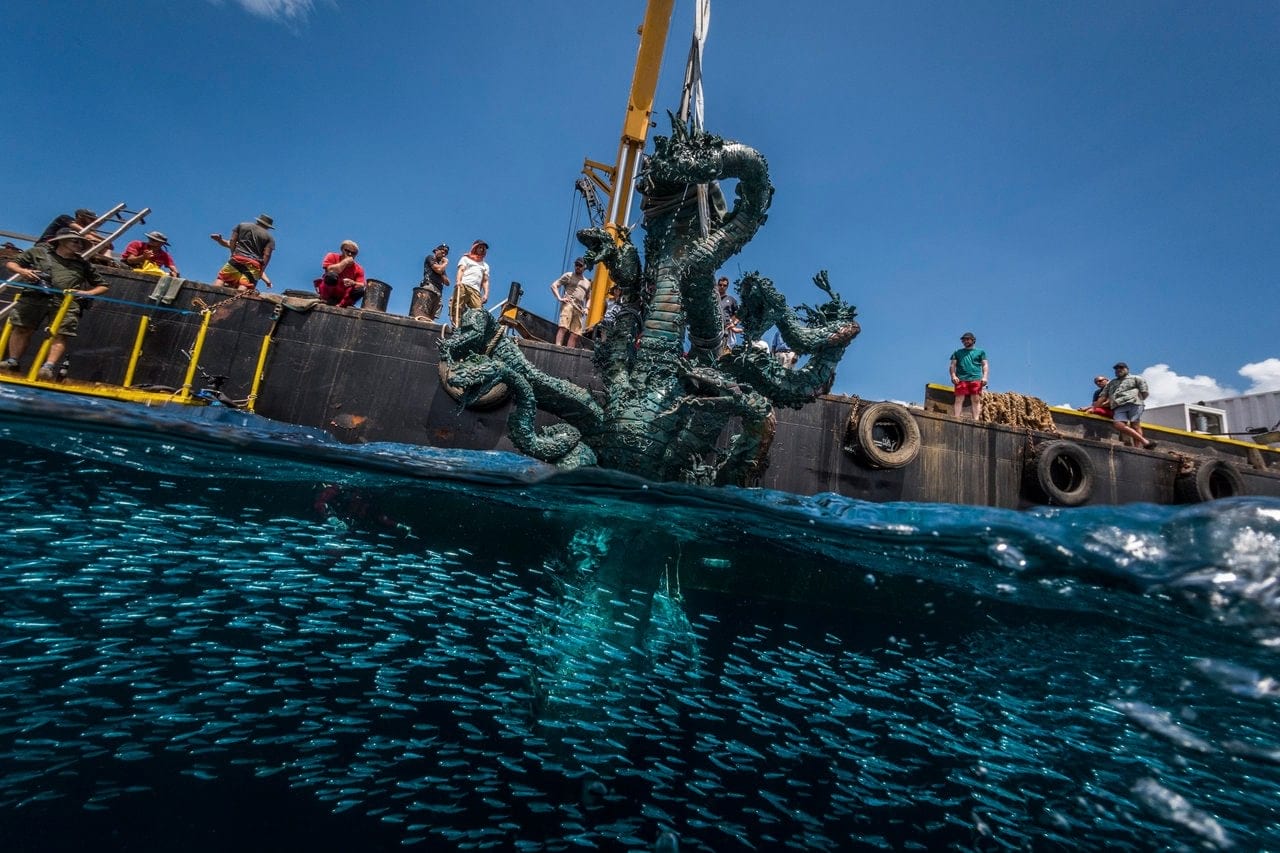 Treasures from the Wreck of the Unbelievable (2018)

At the beginning of 2018, Hirst released a mockumentary that traced the fictional story behind his monumental two-venue Venice exhibition of the same name. The colossal show, one of the largest private exhibitions ever made, was ten years in the making and cost a staggering $65 million. Filled with long-lost treasures that the artist supposedly rescued from the bottom of east African seas, Treasure from the Wreck of the Unbelievable caused uproar. Accused of fooling visitors with yet another comedy show labelled as art, Hirst used his sunken ship’s name (Cif Amotan II) to form an anagram for “I Am Fiction” and filled the exhibition with busts of ancient deities that looked suspiciously similar to Rihanna and Pharrell Williams. Art for a post-truth world, or just vastly over commodified nonsense, Hirst responded to critics: “As an artist the best you can hope for is people arguing, mixed reviews. Love it and hate it. If you get that, then you’re on the right track. If everyone loves or everyone hates it, you’re in trouble.”

Erected outside a women’s hospital in Doha, Qatar, Hirst’s The Miraculous Journey charts the voyage from conception to birth, culminating in a towering 14 metre newborn figure. Originally unveiled in 2013, the sculptures were covered from public view following an outcry on social media over their graphic depiction of sperm fertilizing an egg. They were re-opened last month and are the first naked sculptures in the Middle East. In response to criticism, the head of the Qatar Museums authority, Sheikha al Mayassa Hamad bin Khalifa al-Thani said: “To have something like this is less daring than having a lot of nudity. There is a verse in the Koran about the miracle of birth. It is not against our culture or our religion.” 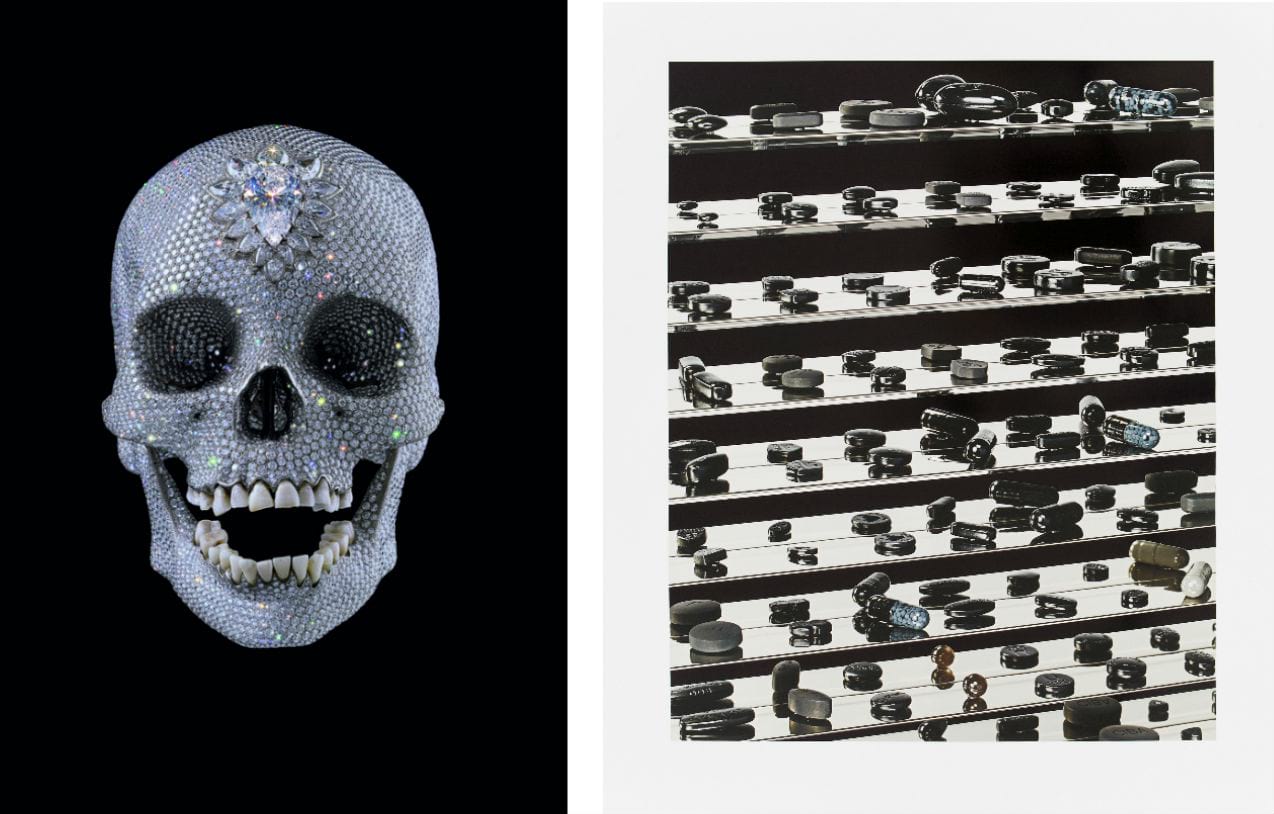 When the Bristol-born showman unveiled his diamond encrusted skull in 2007, he marketed it with an asking price of £50m, which many saw as a vulgar publicity stunt. Constructed from a cast of a skull said to belong to a 35-year old man that dates back to the 18th century, the work not only received attention for the absurdity of its price, but also its ties to Africa’s blood diamond trade. Hirst’s work has always been about death, but this piece, made from over 8,601 high-quality diamonds that were sourced by Bond Street gem dealer Bentley & Skinner, had a real and potential connection to the lives of African diamond miners. Carrying on the motif the following year Hirst made For Heaven’s Sake, which was cast from an infant’s skull and studded with pink and white diamonds. This piece greatly angered parenting groups who argued it was deeply insensitive to those who had suffered with the loss of a child.

The Physical Impossibility of Death (1991)

The work which perhaps established Damien Hirst as the enfant terrible of the contemporary art world, was his 1991 installation The Physical Impossibility of Death. The piece, which preserved a dead tiger shark in formaldehyde, enraged both animal rights groups and members of the art world who were unable to understand how it was art. Since bursting onto the scene with this ode to death, Hirst has found himself the subject of a lot of criticism for his use of dead or dying animals in his installations. Over the years he has been deemed cruel for his use of live tropical butterflies in his major Tate retrospective, and in New York Two Fucking and Two Watching—which is made from a rotting cow and bull—was banned by New York public health officials because of fears it would induce “vomiting among the visitors.” 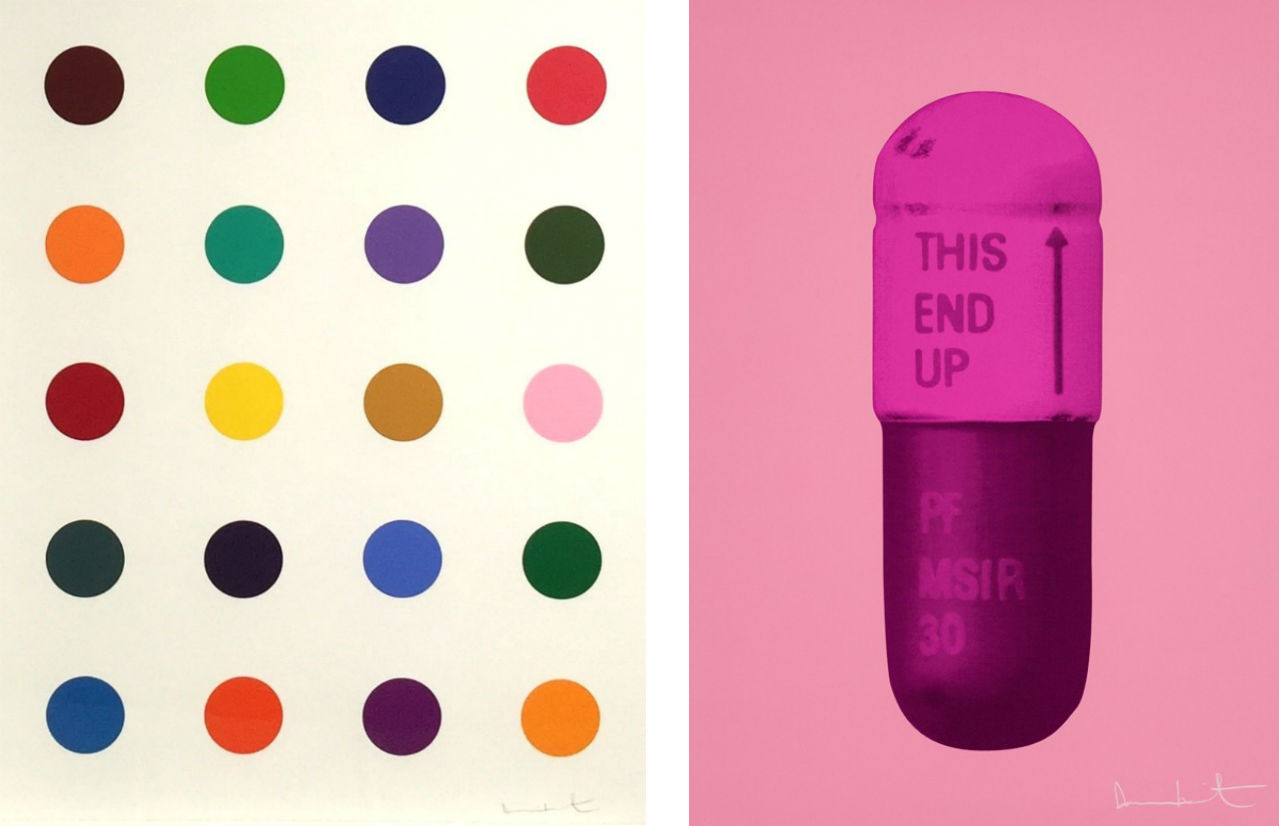 Hypnotic, highly structured and minimalist, Hirst’s Spot paintings are subdued and easily digestible when compared to his taxidermy animals and monumental birth sculptures. However, the series has received its own share of criticism—but perhaps for slightly different reasons. While there are over 1,400 of these works in existence, it is claimed that Hirst only painted around 25 of them himself, with the remaining being completed by his team of assistants. Regularly selling for tens of thousands, they are no different from the rest of his works, not actually completed by the artist. On the subject Hirst has argued “every single spot painting contains my eye, my hand, and my heart.”

London Shadow: The British revolution from Gilbert & George to Damien Hirst is on display at Gallerie d'Italia Palazzo Zevallos Stigliano in Naples until January 20, 2019. 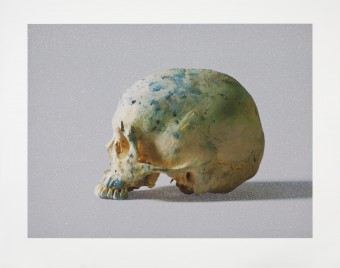