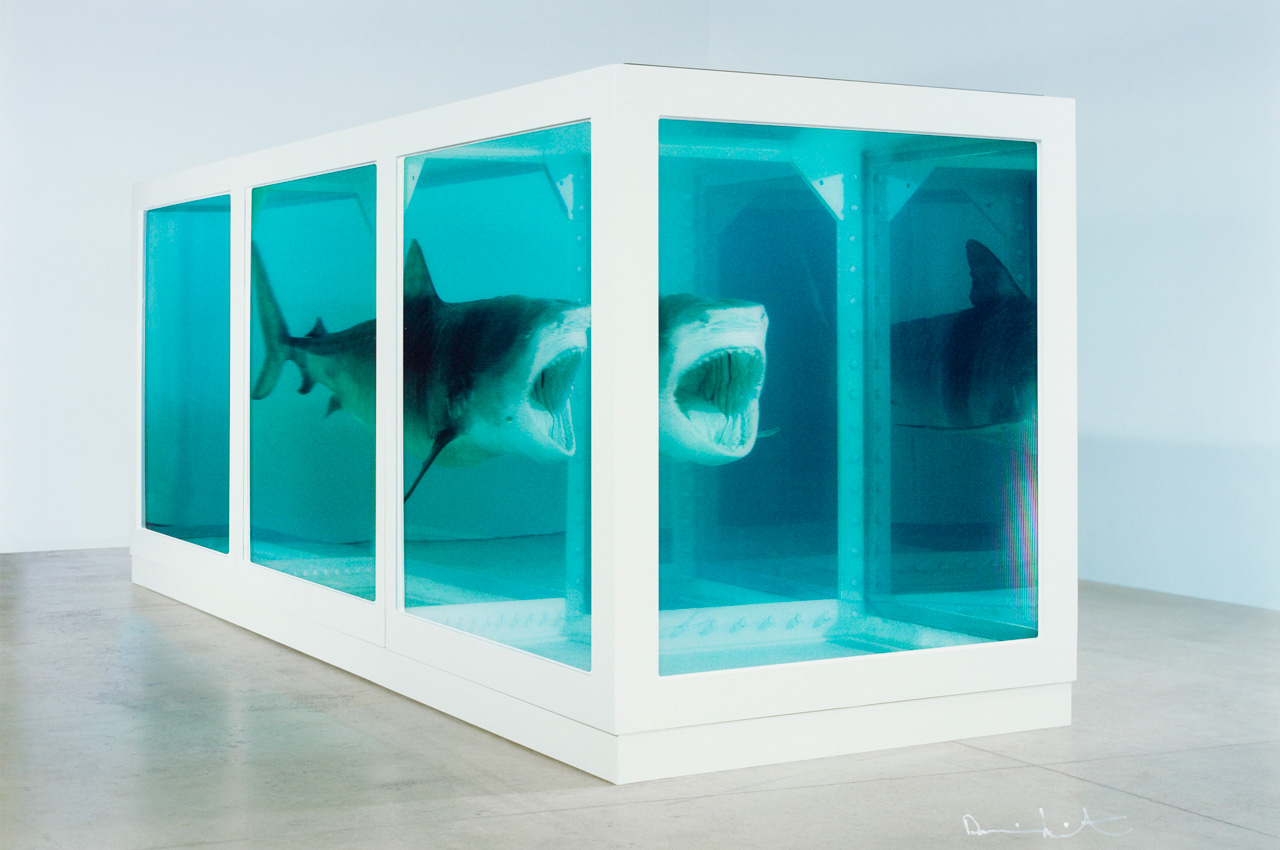 Damien Hirst, The Physical Impossibility of Death in the Mind of Someone Living, 1991, Lenticular print. Courtesy: Paul Stolper, London
Famous Multiples — 5 years ago

Masterpieces #13 Damien Hirst, The Physical Impossibility of Death in the Mind of Someone Living, 1991

What is it?
A 3.5-metre long female Tiger Shark preserved in a glass and steel vitrine filled with water and formaldehyde.

Where did the title come from?
The title of the work came to Hirst as “just a statement that I had used to describe the idea of death to myself”.

What was the idea behind the work?
Damien Hirst’s masterpiece posed fundamental questions about the fragility of biological existence and the vitrine was intended to provide both a window and obstacle to the audience, seducing them into the work as well as objectifying the animal within it. He knew there was no point producing a lightbox or a painting of a shark, if he really wanted to frighten the viewer he needed to provide an illusion of life. 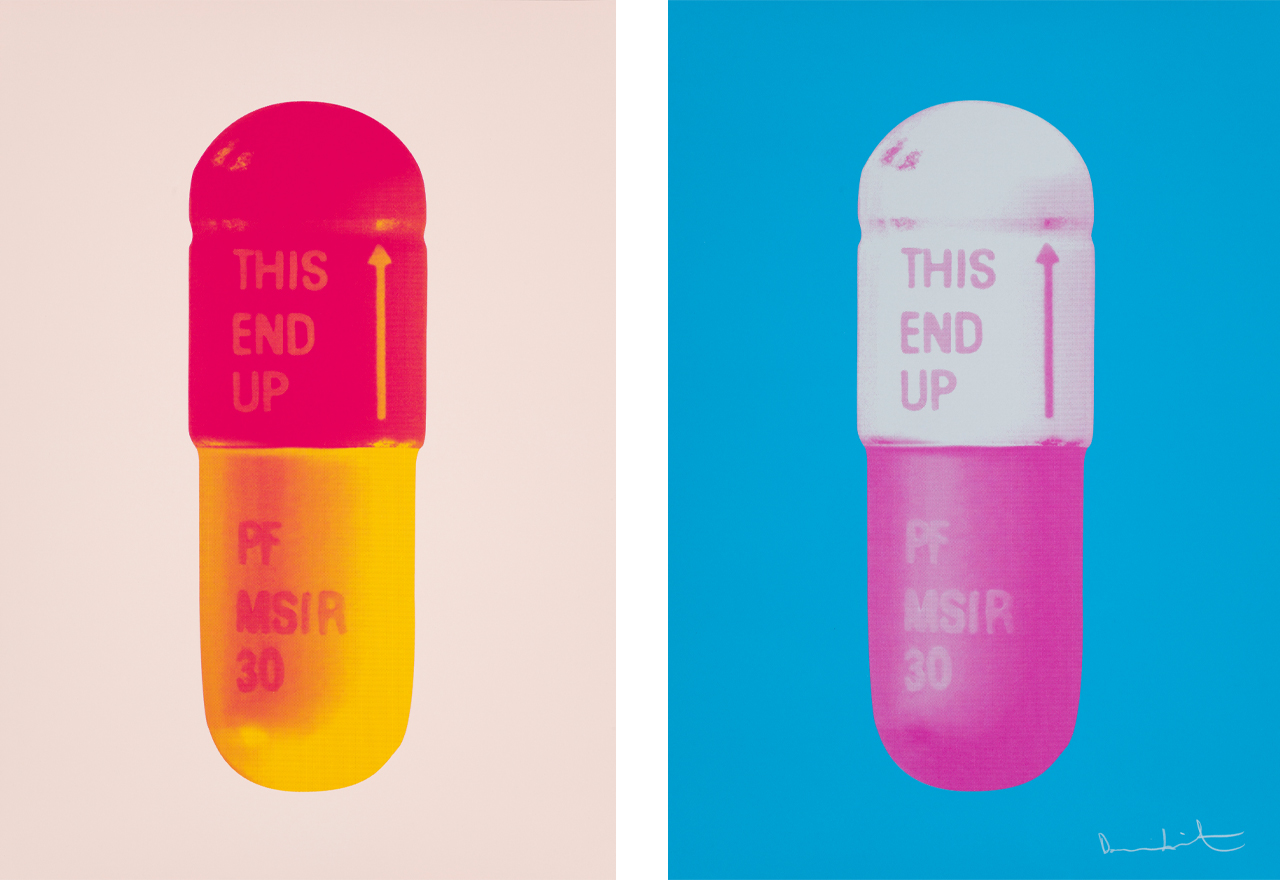 What was its impact?
The Physical Impossibility of Death in the Mind of Someone Living, 1991, is now not only the work most commonly associated with the artist, but has become one of the most celebrated, controversial, and iconized sculptures in popular culture.

Controversial?
Damien Hirst’s masterpiece generated enormous press attention when it was first exhibited at The Saatchi Gallery, and many notable art critics including Brian Sewell and Robert Hughes refused to accept that it was art at all—Hughes went so far as to call it a “cultural obscenity”. Further controversies came to the fore when it was discovered that the Tiger Shark was dying a second death in its vitrine—the liquid began filling with particles from disintegrating tissue. It was decided that the shark would be replaced by an entirely new one, but this time the preserving process would be done more thoroughly.

A philosopher for the working man or just an unhealthy obsession with death?
Hirst wanted the shark “at first glance to look alive. It could have to do with the obsession with trying to make the dead live or the living live forever.” Death has always been a recurring theme in Hirst’s work, once wryly stating “I just fucking hate death.” 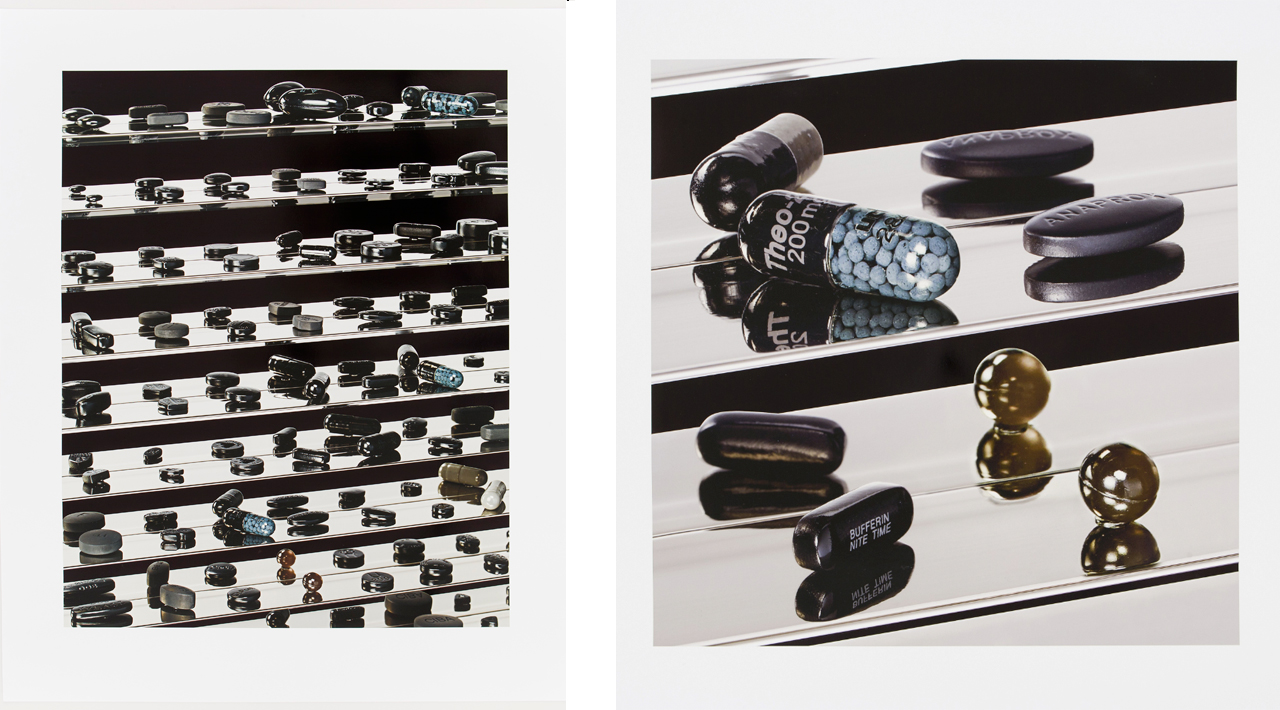 Why did Hirst make it into a multiple?
Damien Hirst’s decision to turn it into a lenticular print is as much a commemoration as it is a unique piece in its own right. Given the illusion of depth, the image changes at different viewing angles so that as the viewer moves, the fish moves too. The work thus possesses a dynamic and rather unnerving dimension, re-enforcing the work’s probing existentialist concerns.

What makes it a masterpiece?
Although the shark is isolated from its natural habitat, its suspention in liquid provides an illusion of life, and in so doing manages to explore our greatest fears, but perhaps more pertinently the difficulty we have in articulating them. Final words go to the artist: “You try and avoid death, but it’s such a big thing that you can’t. That’s the frightening thing isn’t it?”