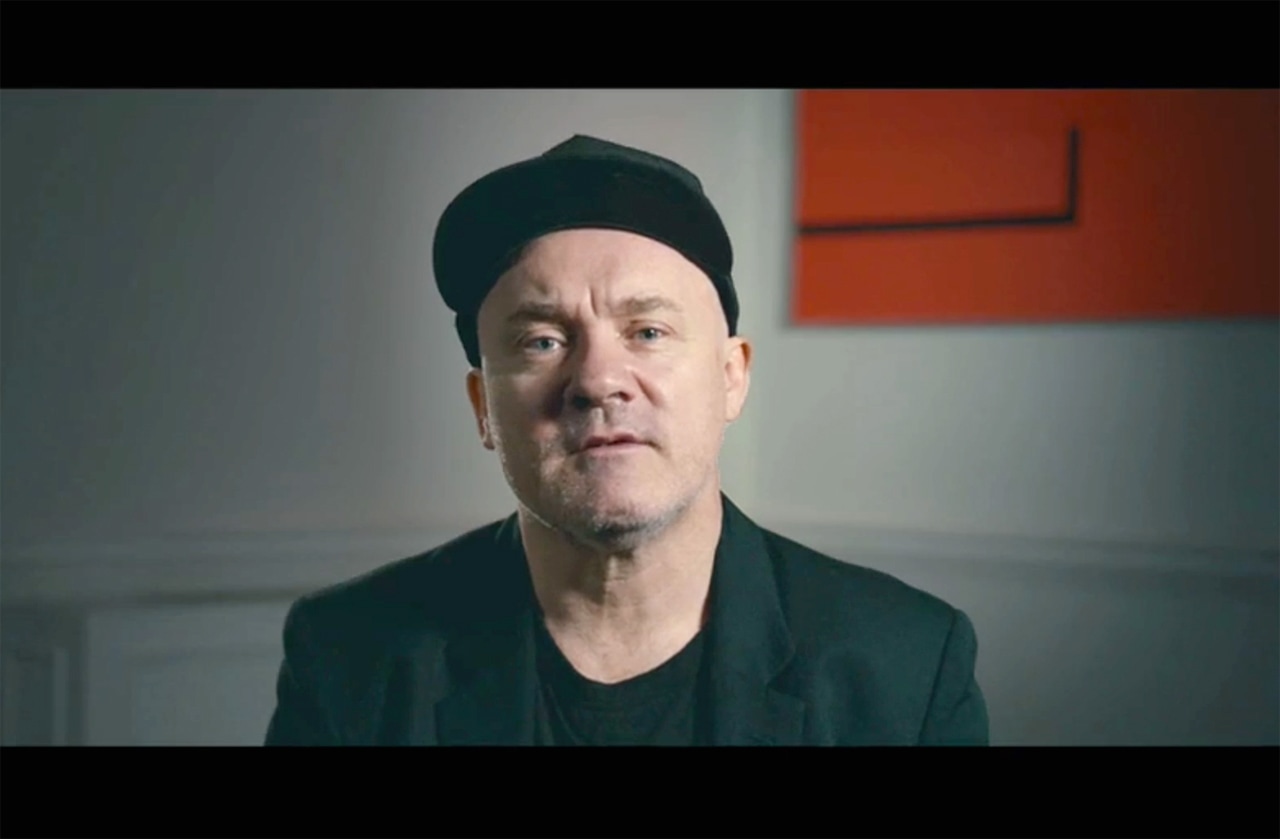 Damien Hirst, Treasures from the Wreck of the Unbelievable. Image: via YouTube
Review — 4 years ago

Damien Hirst has always been the artist for the big occassion and of the grand gesture. Not satisfied with putting on one of the largest private exhibitions ever made, 2017’s “Treasures from the Wreck of the Unbelievable” at the Venice Biennale, but he has released a mockumentary film to go with it. The film Treasures from the Wreck of the Unbelievable is now available on Netflix, an entertaining if somewhat bizarre insight into the most ambitious project (and that’s saying something) Damien Hirst has ever pulled off.

The film carries on the rather fun premise of the exhibition, that Damien Hirst was not in fact involved in the production of these artworks, but was merely the archaeological patron behind their discovery. The fictionalized narrative of the film is a clever one. In 2008 a hard-up diver—having seen a YouTube video showing a local fisherman returning to shore with a small gold monkey sculpture in his fishing net—decides to investigate further and discovers a submerged sculpture, covered in sea barnacles and coral.

During the next 90 minutes of the exceedingly well-produced film, we follow the progress of a team of researchers, maritime archaeologists, metallurgists and divers as they dive to the depths of the ocean off the coast of East Africa, uncovering hundreds of artefacts from the ocean bed. Through intriguing research laid out in the film, they discover that the boat belonged to Cif Amotan II. And to anyone who doesn’t know yet, the name is an anagram of “I am fiction”.

Requiring someone to finance their research, who do you think then turned to? None other than Damien Hirst himself, the artist who just months before had made £111 million from selling his work in that notorious Sotheby’s auction in London. He of course agrees to fund the project, and the film is interspersed with interviews with the artist, as we witness the exciting discoveries and the events leading up to his exhibition. 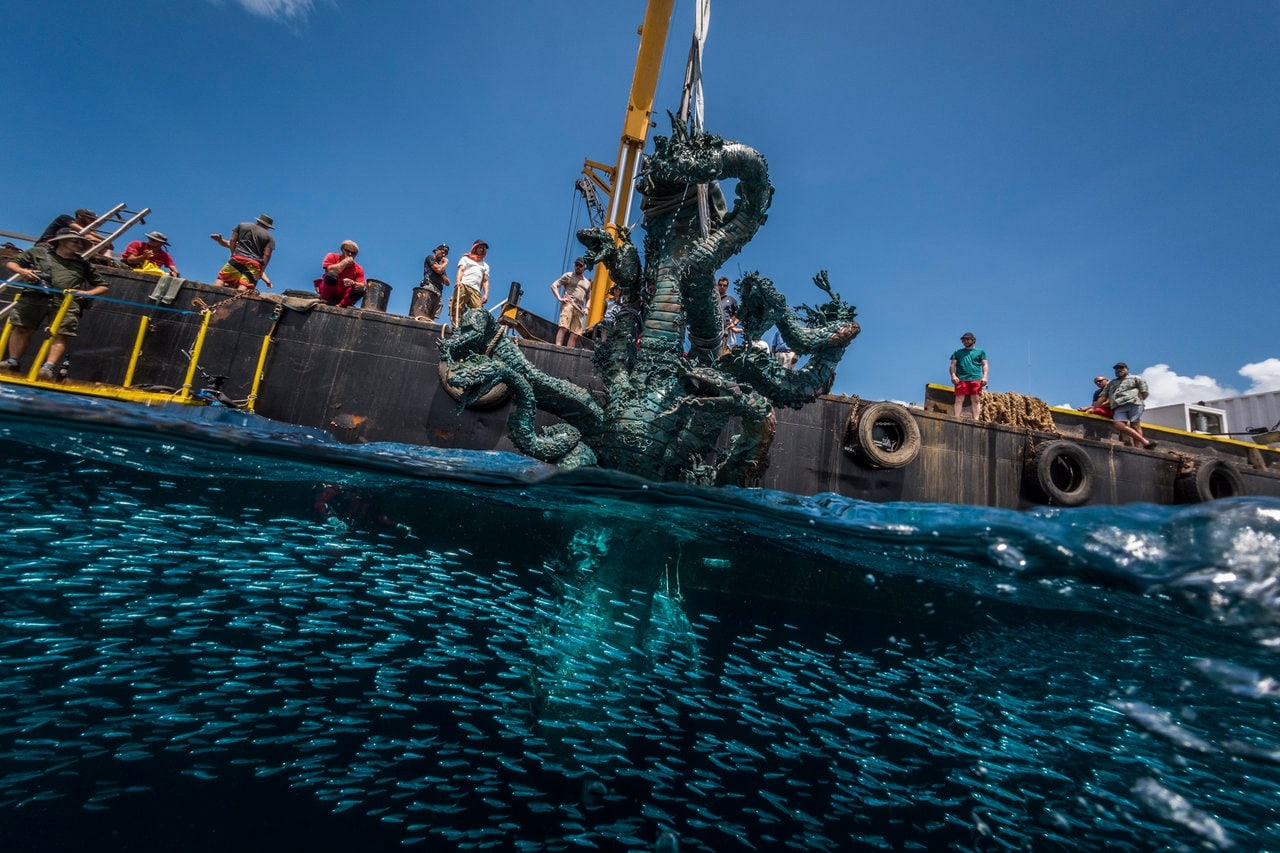 Featuring more than 189 works and more than 10 years in the making, the original show at the Palazzo Grassi and Punta della Dogana, the two venues of the Pinault Collection in Venice, got mixed reviews from critics. With many seeing the exhibition as being vastly over commodified whilst many others were impressed with the scale of the show and its meticulous attention to detail. The artist however, was unaffected by the criticism, and a few days after the show closed he claimed “the best you can hope for is people arguing, mixed reviews. Love it and hate it. If you get that, then you’re on the right track. If everyone loves or everyone hates it, you’re in trouble.”

He is normally not wrong about such things. Somehow Damien Hirst always manages to side-step his critics and keep them guessing. After the financial mega-success of his 2008 auction, Hirst, interviewed during the documentary, speaks of having reached “the point where all the work became commodity… it seemed unsustainable and unfulfilling. After that auction it seemed like something had ended and something new was beginning”.

Throughout the documentary homage is made to the great collector, Cif Amotan II, who shares, as the artist makes clear on numerous occasions, an affinity with Hirst himself:

“I’m a collector and I’m an artist, I understand all those things about money and collecting and the addiction of it. Looking at Amotan and his collection of objects, he was a collector like today’s collectors are. He begged and borrowed and commissioned and stole to amass this collection.”

Like all of his Damien Hirst’s best artwork, you are so bamboozled, moved and entertained by the idea that the rather bonkers premise doesn’t matter. As he says right at the start, just as the film begins, “I think what makes you believe in things is not what’s there, it’s about what’s not there.”

Damien Hirst’s Treasures from the Wreck of the Unbelievable can be viewed now on Netflix.