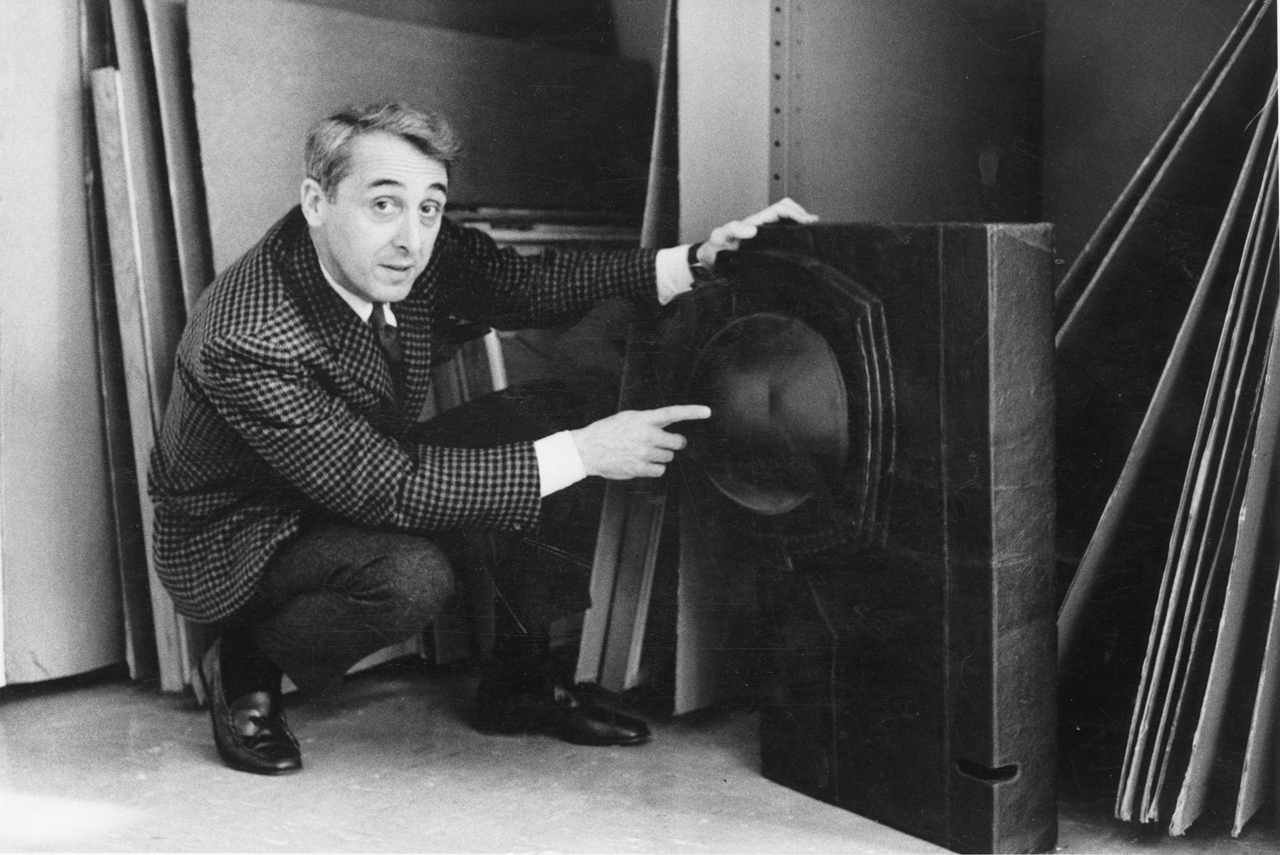 To escape the attentions of the Gestapo in France, then under the brutal leadership of Klaus Barbie (the Butcher of Lyon), Jean Moulin, the legend of the French Résistance, needed to find a convincing story for his covert trips around Nazis occupied France. A passionate art collector, Moulin chose the cover of an art dealer and declared his new vocation to the Vichy Government. Naturally, his undercover assistant, Daniel Cordier, still only 24 years old, would need to be in on the story and was promptly declared his gallery assistant.

This was the starting point of Cordier’s 75-year career in art, one that would see him rise up to become one of the world’s most celebrated art dealers and amass one of the greatest art collections of the 21st century. A distinguished connoisseur of contemporary art, he dedicated his life to finding artists on the periphery of society, purposely seeking out “the class dunces, the rebels, the lone wolves.” It is a strange irony that Cordier would find his true calling through his undercover work as a spy. But it was a career that excited him far more than his work with the secret service, recollecting many years later that it was the “still world of paintings that turned my existence into an adventure.” 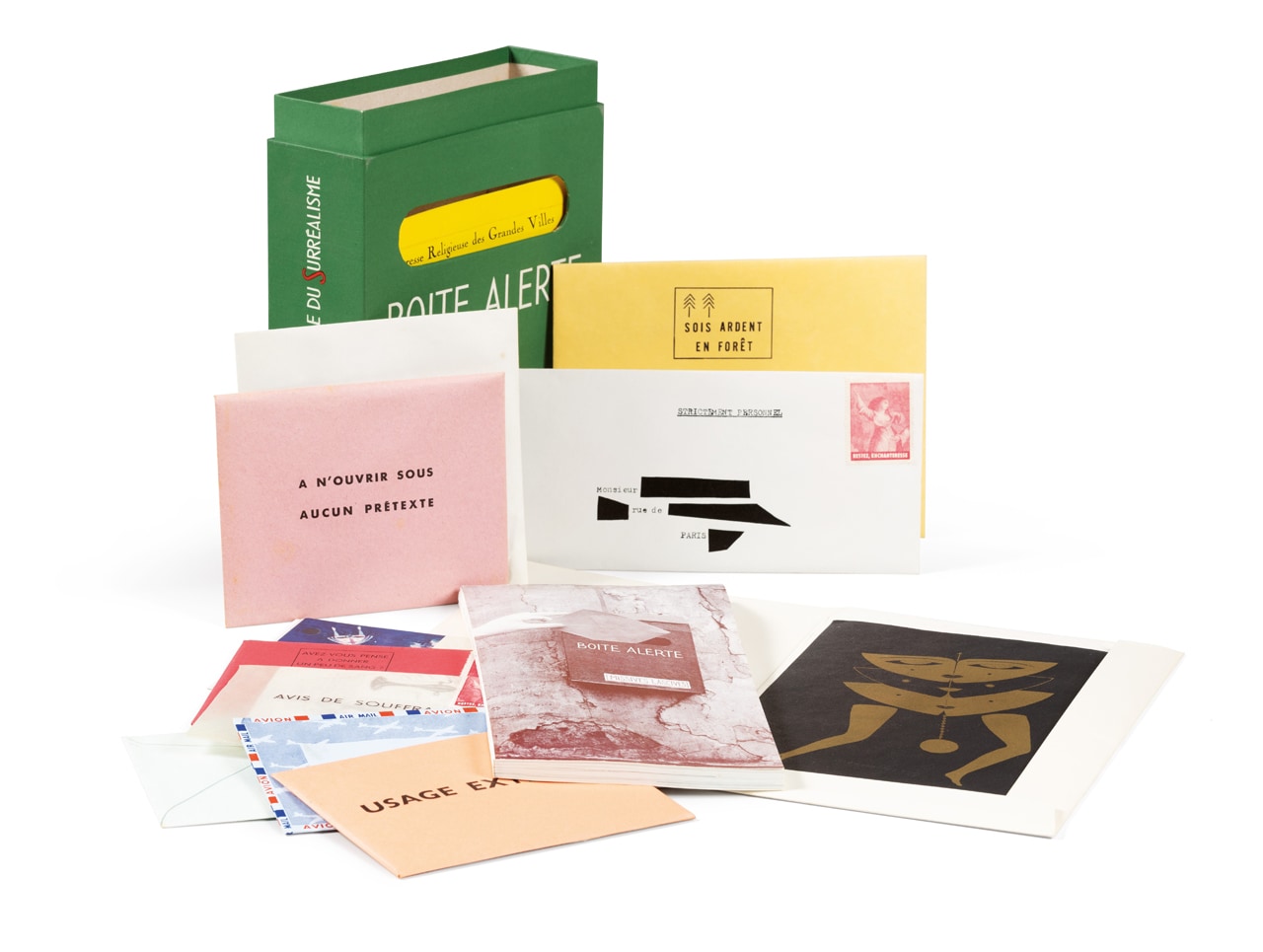 Cordier’s transformation is all the more remarkable considering his younger rightwing views and anti-Semitism that had been inculcated in him under the influence of a stepfather. These appalling prejudices were quickly brushed aside a few days after the fall of Paris in the summer of 1940. Recounting in his memoir, Alia Caracalla many years later, Cordier remembers seeing an old man and a child with yellow stars on their overcoats: “the shock of this vision plunges me into an unbearable shame”, he wrote.

Born in 1920 in Bordeaux, Cordier, who only came out as gay in 2009, enjoyed a prosperous, affluent upbringing that came to an abrupt end with the German invasion. Rejecting the French armistice arrangement as an atrocious betrayal, he managed to get passage on a boat filled with other French fugitives bound for Cornwall, England. It was there that he first met Charles de Gaulle, the leader of the Free French, who told them: “I will not congratulate you for coming here, you did your duty. When France is in agony, her children are duty-bound to save her.”

After receiving rudimentary training in England, Cordier was parachuted over France armed with a knife, a revolver and secret documents that needed to be handed over to the mysterious “Rex”. This turned out to be the charismatic Moulin, whose job it was to unite the disparate resistance groups and act as the intermediary between de Gaulle’s Free French and the Resistance. Moulin spotted something in the young Cordier and immediately took him on to be his assistant and eventually his closest companion.

It was a role fraught with danger and should Cordier ever be questioned a solid knowledge of art history was vital for a convincing cover story – not so easy a task when he had to ask Moulin “who is Picasso?” Nevertheless, Moulin, was an excellent teacher and before the war had built up a staggering collection including Renoir’s, Picasso’s, Van Gogh’s and Delacroix’s. Moulin trusted Cordier implicitly and would often get his much younger assistance to stand in for him and communicate with leaders of the resistance, prompting the intimidating Henri Frenay – leader of the Mouvement de Liberation Nationale – to shout: “The resistance has been left in the hands of a choirboy!” 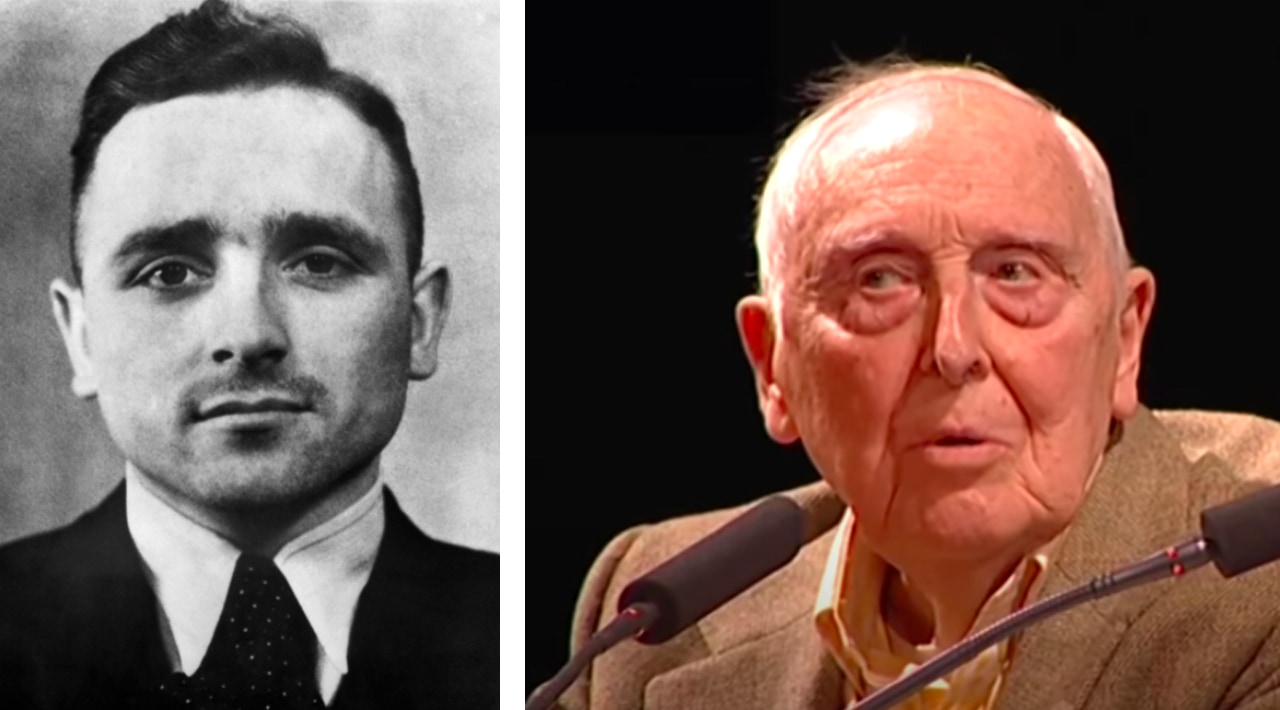 By now the noose was tightening around Moulin and in 1943 the Gestapo finally caught up with him during a meeting with other underground leaders. He would die less than 3 weeks later having been brutally tortured by the Gestapo – even at the hands of Klaus Barbie himself. After the war Barbie was arrested and sentenced to life imprisonment for sending thousands of people to their death during the holocaust, he would die in prison in 1991.

Even the death of his leader did not stop Cordier from continuing his cat and mouse duel with Gestapo, but with his position increasingly precarious, he was finally recalled back to London in 1944. Less than a year later, after the surrender of Germany on May 7th, 1945, Cordier found himself drawn back to the work he did undercover and set off on the road to becoming an art dealer. By 1956 he had set up his own eponymous gallery in Paris where he gave Robert Rauschenberg his first-ever exhibition in France. After the gallery's runaway success he would later open up further franchises in Frankfurt and later in New York.

By the time of his death last year in 2020, aged 100, Cordier had built up a stunning collection featuring works by Jean Dubuffet, Robert Mapplethorpe, and Marcel Duchamp. A connoisseur of contemporary art, he always maintained his conviction that a “work of art is not to ease but to awaken and hassle the mind.” He was also a leading figure in the setting up of the Pompidou Centre, donating over a thousand works to the French museum – one of the largest donations of art ever made to France. Many of the remaining works from his collection were sold at auction in 2019, but these remaining 200 works – up for auction right now at Sotheby’s – are the ones he had no intention of ever parting with. Featuring highly sought after artworks including a signed Christo work with an estimation of between €3,000 - €5,000 and works by Marcel Duchamp including Boite Alerte, 1959, estimated at €3,000 to €5,000.

On the announcement of his death President Emmanuel Macron said in a statement: 'When France was in peril, he and his fellow fighters took all the risks so that France stayed true to itself. We owe them our freedom and our honor.” It was a fitting epitaph to Daniel Cordier who lived a life few people could ever claim to match. His experiences managing to bring together the disparate worlds of the French Resistance, the undercover service and the international rigors of being a fine art dealer and collector. As he said himself, "that's what I like about life, it's a series of events that orient your life, it's a series, basically, of wonderful happenstances. I am a man of freedom, for me it is the only thing!"