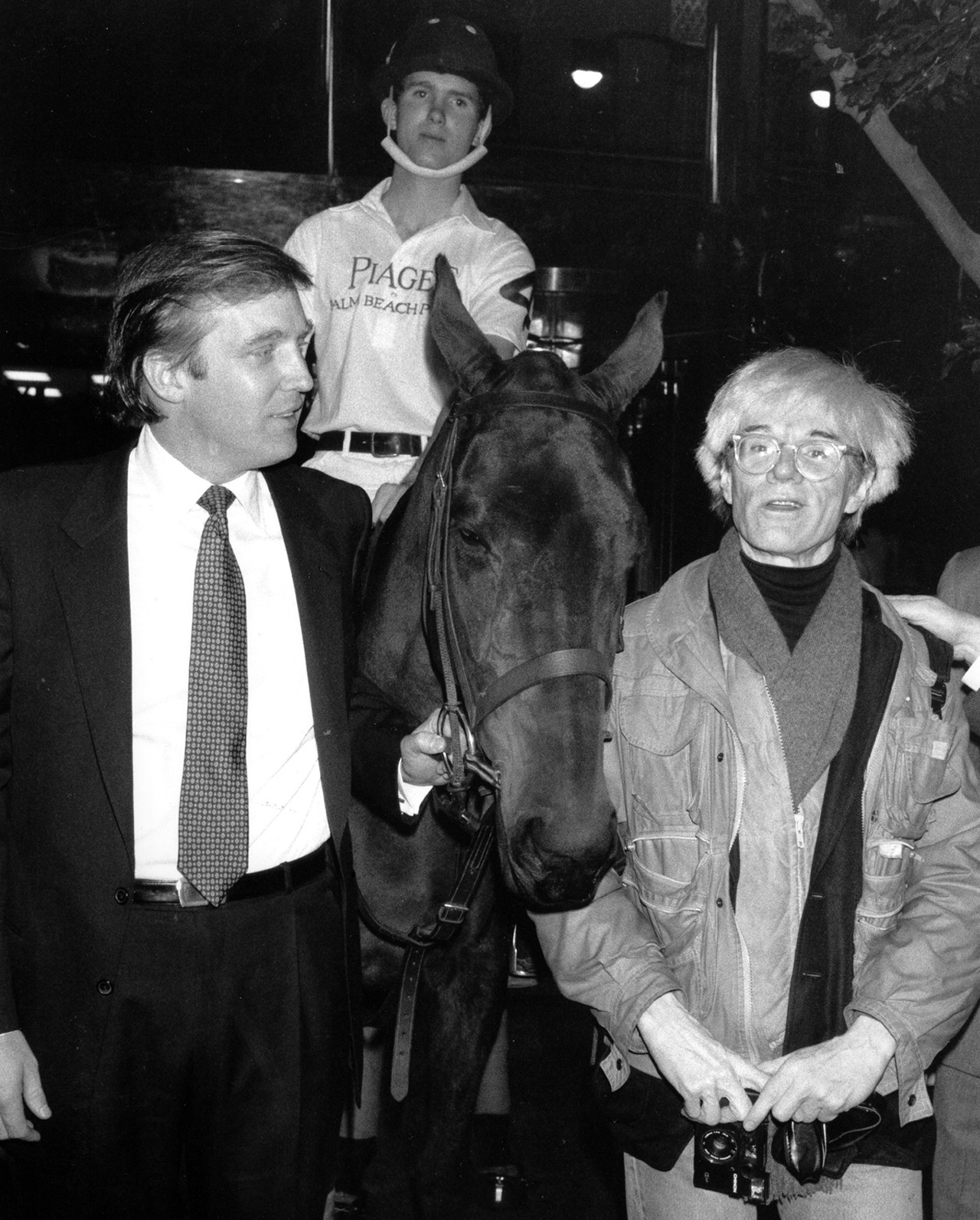 “I don’t do it for the money. Other people paint beautifully on canvas or write wonderful poetry. I like making deals, preferably big deals. That’s how I get my kicks.”

It is easy to imagine Donald Trump dismissing contemporary art in much the same way he once dismissed President Obama’s Birth Certificate. That was back in 2012, when Trump was still a reality TV joke, pushing his gilded skyscrapers and his get-rich-quick education classes. Now the President Elect’s taste in art is no longer something to shudder at from afar but is likely to be rammed daily down our throats. Let’s face it, Trump is brash and loud, and so is his taste—American nouveau riche rarely chooses subtlety as a means of expression.

In a recent piece in Vanity Fair, the journalist Mark Bowden describes a trip he once made on Trump’s garish Boeing 727 (itself worthy of an article) in which Trump beckons the writer over to show him a Renoir hanging on the wall of the plane. “Worth $10 million”, Trump claimed, drawing particular attention to the signature of the artist. Later it is revealed that this is a reproduction, the original being safely ensconced in the Courtauld Institute of Art in London. Art historians can at least breathe a sigh of relief that the rigors of intercontinental flying are not taking their toll on Renoir’s masterpiece.

Later in that same interview Bowden reports witnessing a lady bringing a selection of fabrics—all different shades of gold—for Trump to choose for the draperies of his Florida estate. He left the choice to her, only saying “I want it really rich. Rich, rich, elegant, incredible.” Lord knows what the White House will look like if he manages to get his hands on the decor. Trump Tower, the Manhatten landmark that first introduced Trump to the world, is made up of luxurious condominiums dressed up in glitzy rococo kitsch, even the lobby is made out of pink marble. It remains a garrulous beacon of what we have to look forward to under a Trump Presidency.

It was in 1981 and under the proviso of doing paintings of Trump Tower that Andy Warhol first came into contact with Donald Trump. After first meeting at The Factory their relationship turned bitterly sour when Trump declined to buy the beautiful series of Silkscreen paintings in black, silver, and gold Warhol had made for the tower’s lobby. In his diary Warhol writes “Mr Trump was very upset that it was not color-coordinated. I think Trump’s sort of cheap, I get that feeling.” From that moment on the artist could barely disguise his contempt—seething resentment flaring up every time he got stuck in traffic outside Trump Tower or on hearing Trump’s name, “I still hate the Trumps because they never bought the paintings I did of Trump Tower.”

That their relationship never took off would surprise avid readers of Trump’s books which are littered with Warhol quotes. One of his favorite Warhol lines features in Think like a Champion, a quote regularly wheeled out by businessmen hoping to add a little spice to their financial success:

“There’s a certain amount of bravado in what I do these days, and part of that bravado is to make it look easy. That’s why I’ve often referred to business as being an art. I’ve always liked Andy Warhol’s statement that, ‘making money is art and working is art and good business is the best art.’ I agree.”

It is of course intriguing to imagine what their relationship would have been like had the deal worked out. Would Warhol have begun a series of what would be now iconic Silkscreen prints, adorned with Trump’s face in the same way JFK’s and Marilyn Monroe’s have burned a path through 20th century art? Would Donald Trump’s face be featured in some of the greatest private art collections around the world?

Of course there is one facet of art that Trump is immensely passionate about, portraiture—especially of himself. In 2014 Trump paid $10,000 for a portrait by Miami Beach-based artist Havi Schanz using money from his own charity, the Donald J. Trump Foundation. To make matters worse, back in 2007 Donald Trump had already added to his personal art collection when buying a work from “speed painter” Michael Israel using money from the same charity. Both matters are now under investigation and during the recent election campaign President Obama quipped “his foundation took money other people gave to his charity and then bought a six-foot-tall painting of himself.” Who does that?

To put it simply Trump is just not a fan of art, period. It is too challenging, too risky even, unlike bricks and mortar it just doesn’t have the same quick-turnaround investment potential. Just like his Miss Universe pageants, the only beauty he can appreciate is in-your-face superficial. He once proclaimed that “The beauty of me is that I’m very rich.” The beauty of art, at least for now, is that Trump has very little to do with it.