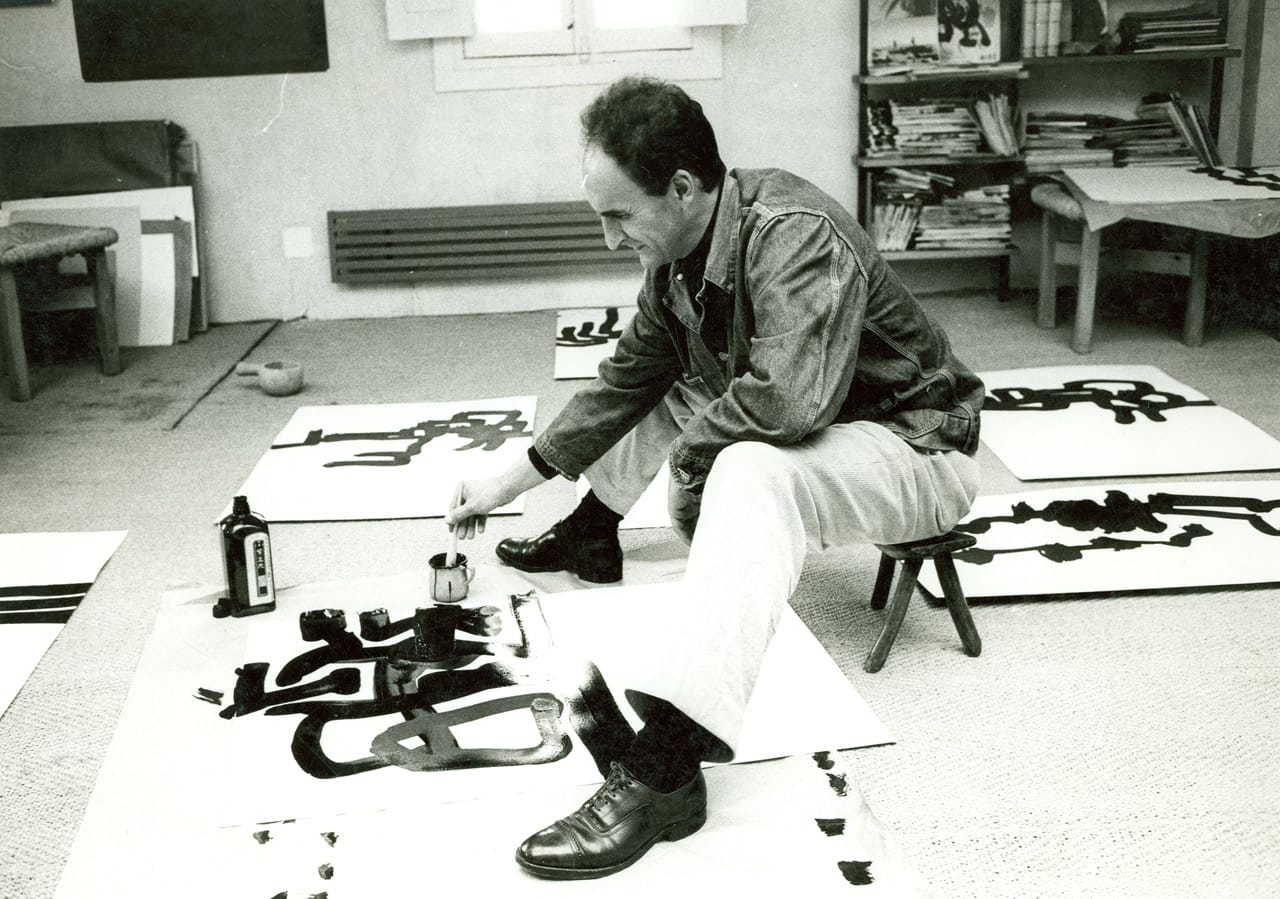 Football to Fine Art: The Drawings, Sculptures and Legacy of Eduardo Chillida

Even 16 years after his death, Eduardo Chillida—one of Spain’s most celebrated sculptors and a former professional footballer—is still making waves in the art world. Known primarily for his monumental geometric sculptural forms but also his delicate, black and white works on paper, Chillida’s oeuvre is dominated by a fascination with a metamorphosis of space. The genius of his spatial constructions was certainly realized during his lifetime, seeing him reach international acclaim and representing Spain at the 1958 Venice Biennale. However, a recent partnership with one of the art world’s most powerful couples, has seen his career trajectory sore and legacy reawakened.

In November 2017 Hauser & Wirth announced that they would be joining forces with the estate of Eduardo Chillida. The international gallery, founded by Iwan and Manuela Wirth, now represents the artist worldwide and hopes to re-open his museum Chillida-Leku later this year. After Eduardo Chillida’s death in 2002, the family struggled to keep the museum going and it was eventually closed to the public in 2011. A re-opening of the institution, alongside a current exhibition of his drawings and small-scale sculptures at Hauser & Wirth’s New York space, aims to keep the curving, dynamic forms of the Spanish master alive for an international audience.

Eduardo Chillida grew up in San Sebastián in the Basque country, Northern Spain. The region, which has its own language and is bordered by the Atlantic sea, regards itself as distinct from the rest of the country. The landscapes, sea and dark light of the area were a major influence for Eduardo Chillida’s massive sculptural works, many of which are still on display in public spaces across the globe. These works rebel against gravity and sculpt the wind, often acting as poems to his beloved Basque country, where he spent the majority of his life.

One of Eduardo Chillida’s most famous sculptural works is Peine del Viento (or The Comb of the Wind). This collection of three sculptures—made in collaboration with the Basque architect Luis Peña Ganchegui—is installed on the rock faces of La Concha Bay in San Sebastián, one of the sites a young Chillida used to go to watch the sea instead of attending school. Bashed by the waves, the sculptures transcend their material, becoming one with their environment and standing as testament to the artist’s unique ability to capture the movement of space through solid materials.

But Eduardo Chillida’s primary interest wasn’t always drawing and sculpting. During his adolescence, he was the goalkeeper for Real Sociedad (San Sebastián’s La Liga football team) and had a promising career ahead of him. However, a serious knee injury and five surgeries ended these dreams, forcing Eduardo Chillida to take a different path. In 1943, he left San Sebastián to study architecture at the University of Madrid. After a few years, however, he abandoned his studies and moved to Paris where he first began to experiment with sculpture.

Eduardo Chillida’s background in both architecture and football stayed with him, influencing both his fascination with spatial relationships and his hands-on, physically demanding practice. Upon returning to the Basque country in 1951, he employed the help of a blacksmith and began working with iron and steel—materials that had been mined in the region for centuries and that suitably encompassed the spirit, industry and landscape of his homeland. He would often require the help of a team when crafting his large-scale sculptures, but throughout his career remained at the heart of production, twisting and molding metals in the forge he later installed in his studio.

Eduardo Chillida’s journey of discovery in space did not limit his work to the three-dimensional. He began to produce a body of etchings, lithographs and woodcuts in the 1960s alongside his experimentations with steel and iron. In his Gravitaciones (Gravitations) series he hung multi-shaped papers from strings next to each other to form beautifully fragile collage-like works. His drawings possess a similar delicacy, enacting a “dialogue between the full and the empty” that reflects his sculptures. These two-dimensional works, now on display at Hauser & Wirth, embody Chillida’s fascination with the space between shapes and are testament to his ability to create a tension between weight and movement across a variety of mediums.

Until his death, Eduardo Chillida lived with his wife Pilar, their eight children and twenty-five grandchildren, in a house that overlooked the Peine del Viento sculptures. His unwavering ties to the region demonstrate that to fully understand his work, you must understand this area and its landscape. Eduardo Chillida, the “architect of the void”, sculptor of the wind and drawer of space, will remain ever-present in the Basque country where he was born, but thanks to the Hauser & Wirth partnership we can now hope to see his wide-range of works increasingly across the globe. 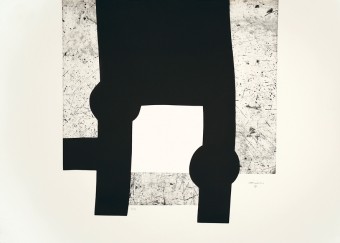 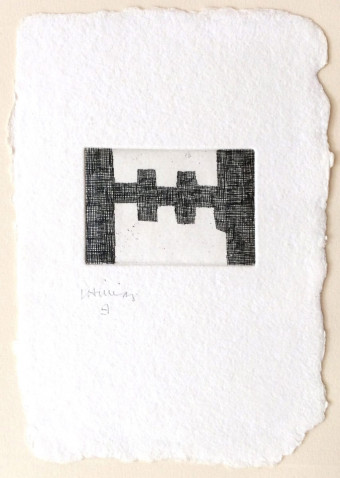