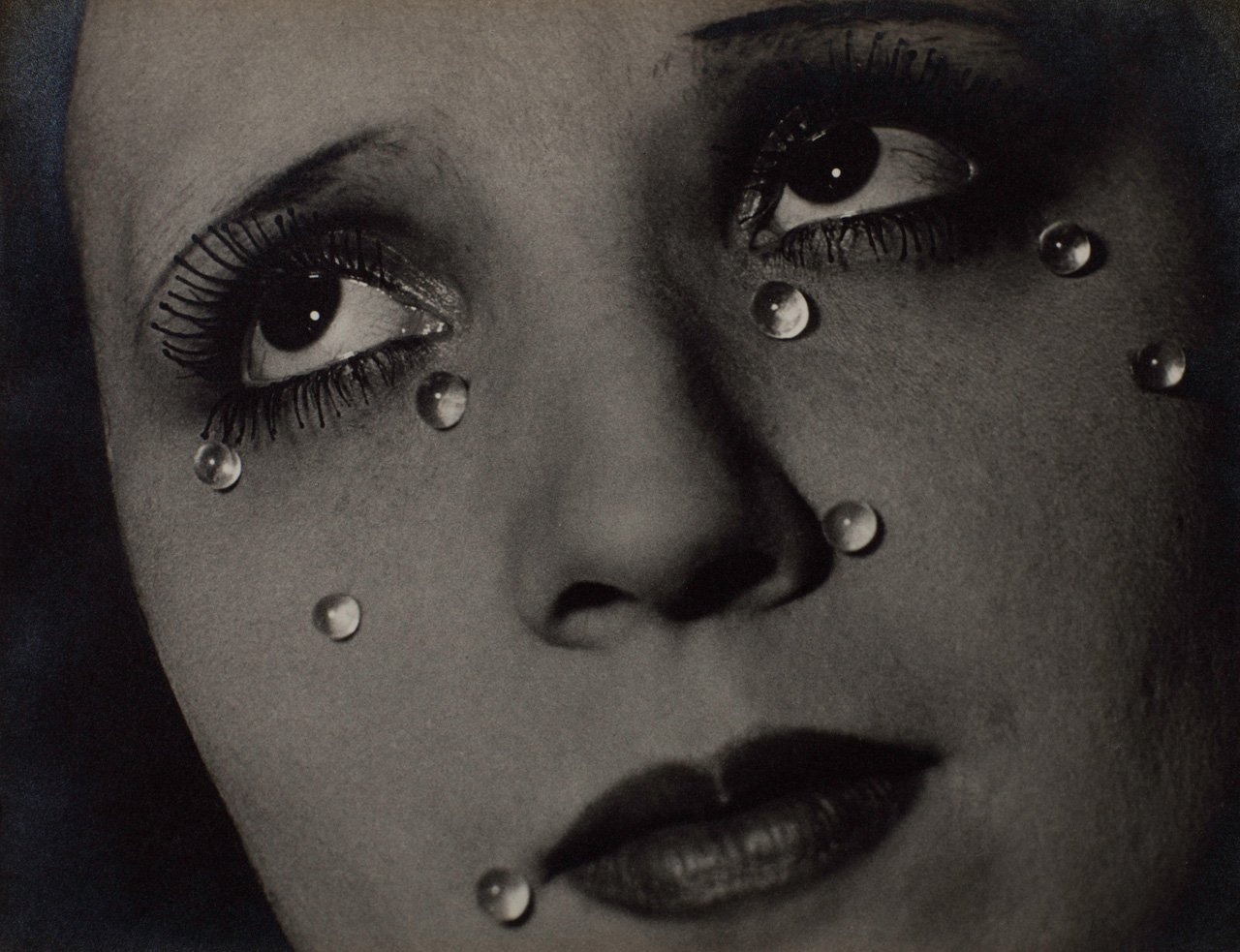 In 1989 Sir Elton John sold off his extensive art collection at Sotheby’s, leaving only his Francis Bacon and Patrick Procter paintings. Six months later he finally kicked his addiction to booze and drugs and got sober, but now cheerily admits to having substituted one addiction for another, photography. It soon became his “greatest passion outside of music.” Sir Elton John’s photography collection is now one of the greatest private collections in the world, far exceeding that of the Tate’s where this collection is being shown in the exhibition “The Radical Eye”.

The collector is of course one of the most notorious and flamboyant characters around, but lurking behind this exuberant showman is a man deeply engaged with photography and its ability to shed light on the human condition. “They are like reading a book” he explains “your imagination comes alive and you imagine what was going on when the photograph was taken.” From Bauhaus abstraction to 1930s social documentary, street photography, and surrealism, Sir Elton has put together an unparalleled collection, but as he makes clear, he knew little when he first started out, gradually educating himself as he progressed. 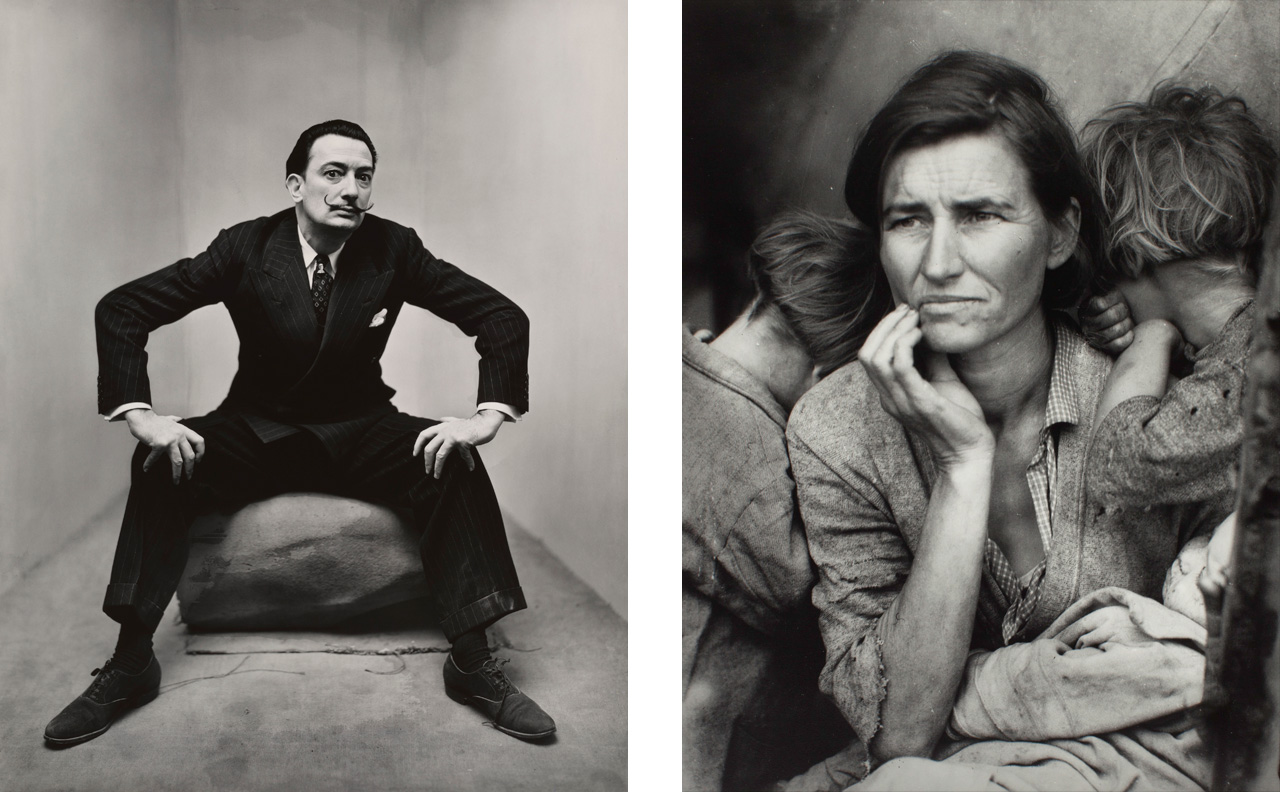 His interest in photography was first piqued by the L.A. gallerist David Fahey who showed him some Irving Penn images. The moment was revelatory, he had never before seen photography “as an art form.” After that he never looked back and “became avaricious”, though never buying for profit. It was as far back as 1992 that Sir Elton decided to channel all future royalties from all his singles to his AIDS charity, spending (or so it seems) the rest of his considerable income on building up his collection. One of his houses—on view in the video below—is literally covered floor to ceiling with photographs. “I sleep in my bed”, he explains “above Noire et Blanche by Man Ray, and that’s pretty cool.”

The rise of photography in the last 30 years has been nothing short of meteoric. Back in the early 1990s it was still just a small niche area of the art market, now works by photographers such as Andreas Gursky have sold for upwards of $4 million. In 1993 Sir Elton bought a vintage print (there are 5 known variants) of Glass Tears by Man Ray for £112,000—at the time an auction record for a single photograph. Man Ray made the image using a fashion mannequin and glass beads shortly after the breakup with his lover, the American photographer Lee Miller. If it came up for auction in today’s market it is impossible to predict what it may attain, but well in excess of a million pounds. 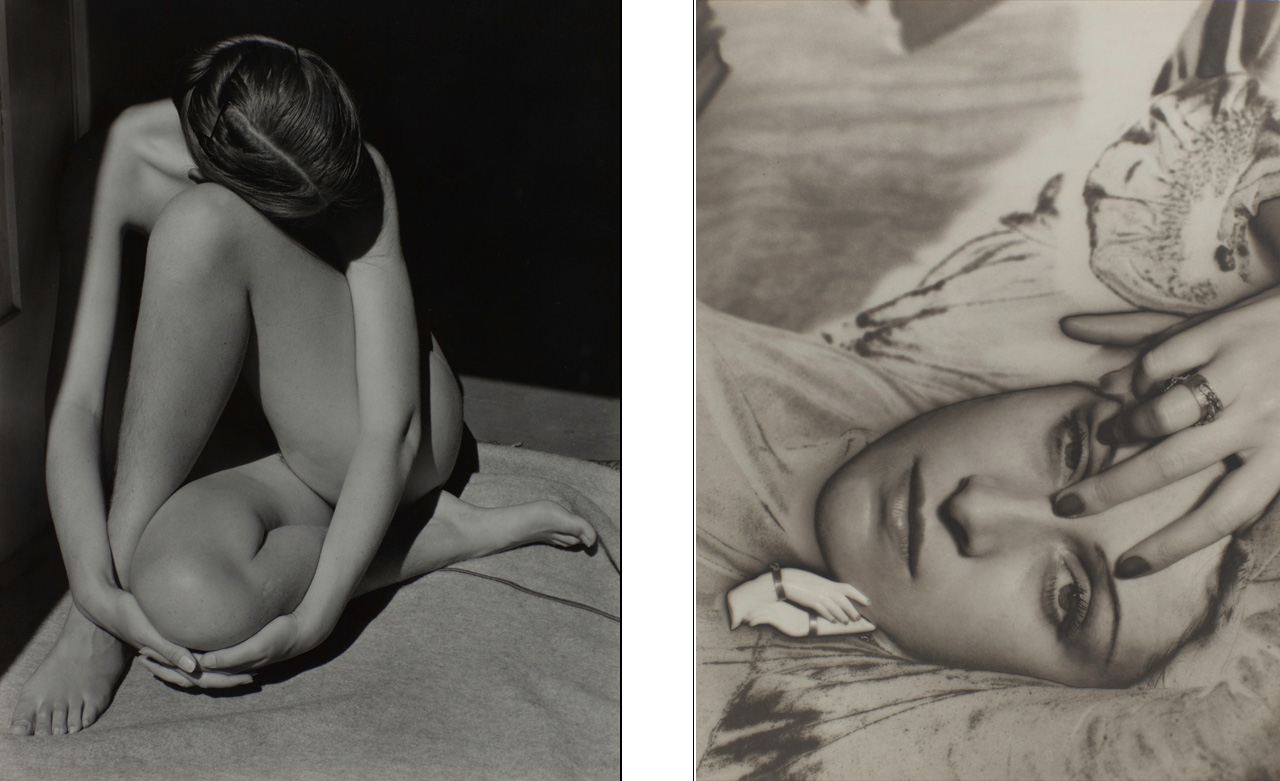 Sir Elton John’s photography collection could fill the show many times over, at the peak of his passion he was buying close to four new works a week. There are times when an entire chunk has been lifted from a wall in his home in Atlanta, Georgia and recreated for the exhibition—a rare chance to peek inside the collection of this gregarious musician. Many of the most intriguing works are documentary photography, such as Dorothea Lange’s Migrant Mother, 1936 and Walker Evan’s Floyde Burroughs. Photographs that were used as a tool of mass communication and did much to reveal the plight of those during the Great Depression. They tell a tale of “great sorrow and anxiety,” he explains, the woman in Migrant Mother “changes her expression every time I look at her.”

The exhibition is worth a visit for the astonishing high standard of each of the photographic prints, nearly all the images are vintage—meaning they had to have been made by the photographer within just 5 years of the photograph being taken. Sir Elton is known for only buying the best available prints, he has no time for smudges or discoloration. Some of the works are tiny and intimate, such as Underwater Swimmer by André Kertész, a highly influential work which despite being dwarfed beside the larger works on show, shines through in its exquisite detail. A photograph of the artist’s brother, it dates from 1917 and is by “far the earliest photograph in the exhibition.”

Sir Elton has shown his collection before in Gateshead in 2007, but the whole event was mired in controversy because of the photograph Klara and Edda Belly-Dancing by the American artist Nan Goldin. The work was seized by police the day before the exhibition because it was might contravene UK anti-child pornography laws, showing two naked childen. Incensed, Sir Elton removed all of the 149 works from Goldin’s famous “Thanksgiving” installation forcing the exhibition to close. Fortunately for the Tate this has not deterred him from further collaborations and “The Radical Eye” is just the beginning of a long-term relationship between the Tate and Sir Elton John and his husband David Furnish which will eventually see major works given to the national collection.

At least for now Sir Elton John’s photography collection is not hidden in vaults or storage facilities, he wants the work around him as much as possible, and has even admitted to extending his flat not because he needs the room but to house it all. “I love living with my collection, I love surrounding myself with these beautiful, beautiful images.” His passion is utterly infectious and he is eager to see how the audience, especially those who are perhaps only drawn to the exhibition because of his name, will react to the works on show. More than anything this collection from England’s greatest living songwriter is far from being just a rich-man’s horde, but a beautifully put together and deeply personal collection of must-see photographs.

“The Radical Eye” Modernist Photography from the Sir Elton John Collection at Tate Modern runs from November 10th of November to the 7th of May 2017. 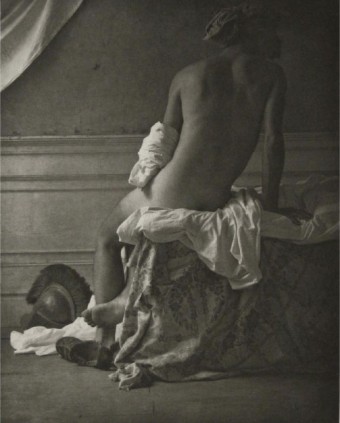