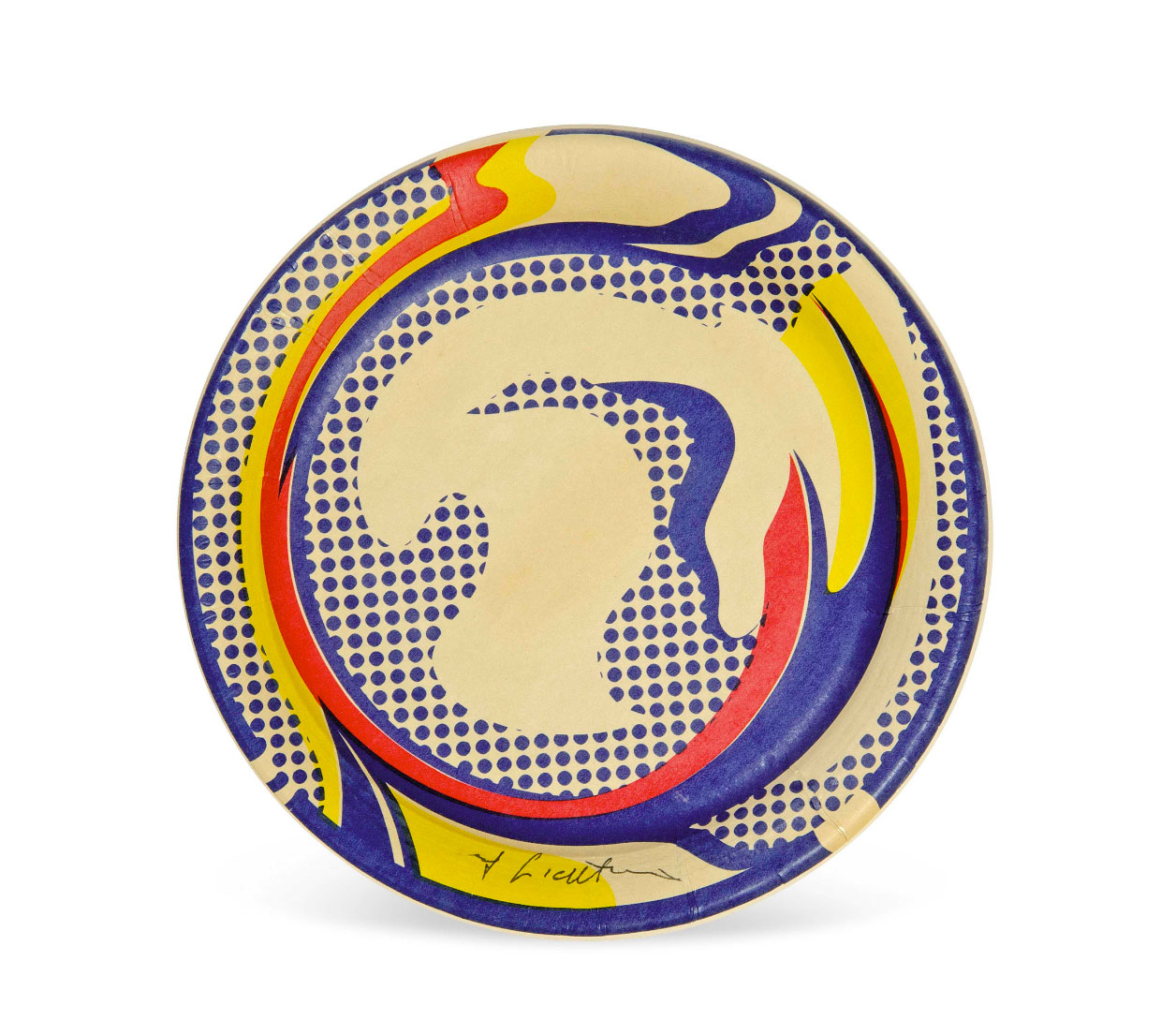 What is it?
Probably one of the most successful and adored multiples of all times. Roy Lichtenstein’s Paper Plate is literally a paper plate. They were originally sold in packs of 10 and wrapped in cellophane.

Why did he make it?
Lichtenstein made the paper plate for the well-known fashion and advertising photographer Bert Stern, who had set up an uber-chic New York boutique called “On First Store”. Located in Manhattan, Stern’s idea was to commission stylish yet affordable objects for the home and wardrobe from notable fashion designers and artists. Unfortunately, the shop did not last long and most of the plates were left undistributed.

So this is tableware?
Exactly, this is probably now the most expensive throwaway tableware you can get your hands on. Of course it is also a beautiful example of an ephemeral multiple.

Why did he agree to make it in the first place?
Lichtenstein was in an exalted position in 1969 and no doubt thoroughly enjoyed the irony of signing his name to an everyday mass-produced paper object. Under his signature style of swirling primary colors and Ben-Day dots this familiar household item was transformed. Many people saw elements of critique in the work of the Pop artists and in Lichtenstein especially, who, by elevating everyday objects into high art made the art object itself become more risibly a commodity—emphasizing art’s fundamental place as a commodity.

Who has one?
These paper plates seem to pop up everywhere and are featured in most major art collections including Tate Modern in London and MoMa in New York.

What does it go for at auction?
Because the signed paper plates are so rare, any surviving plates from 1969 are highly collectable. The signed and documented paper plate (pictured above) sold for £4,375 at auction in 2013 well above its estimate of between £800—£1,200. An original pack of 10, still in their cellophane, can be expected to go for a great deal more.