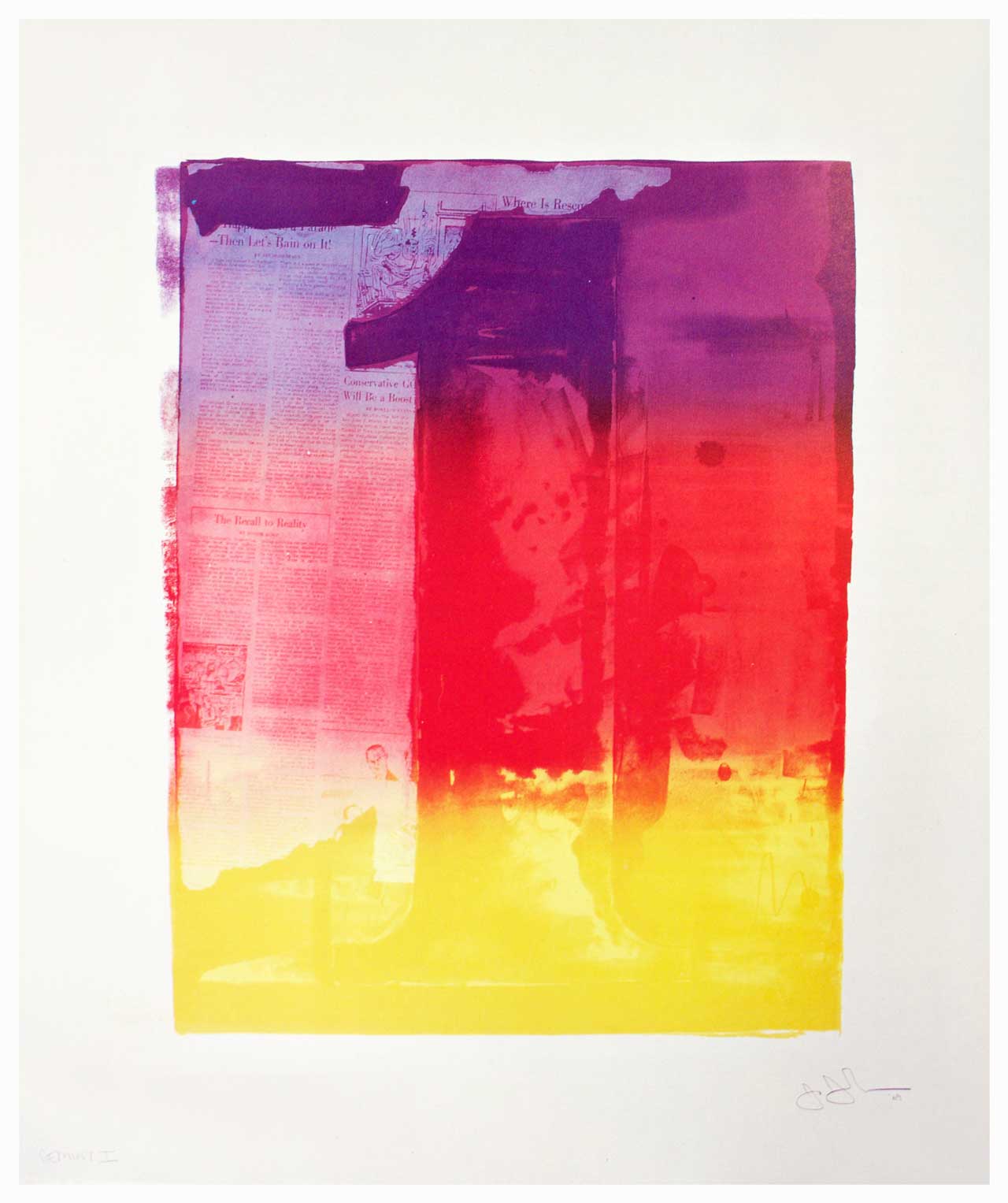 What is it?
A lithograph that elevates the number 1 from its familiar commercial outline to a vibrant tricolor-hued portrait.

What is the idea behind the work?
Since the 1950s Jasper Johns had been experimenting with images such as flags and numerals that were neither representation nor abstraction but signs, or “things the mind already knows” but misses due to their familiarity. Johns wanted to use signs that fostered perceptual ambiguity and semiotic associations. Although not as iconic as his flags or targets, the numerals became equally emblematic of Jasper Johns’ work through their sheer striking simplicity—something then that was wholly new to the art world.

Was Jasper Johns an innovative printmaker?
Johns was more interested in the process of art making rather than the finished piece itself, and for this reason printmaking and its collaborative demands hugely appealed to the artist. The inventive staff at Gemini G.E.L. provided a conducive and febrile environment for the artist’s experimental endeavours and the innovations he made in lithography, etching and screenprinting helped to revolutionize printmaking.

Is Figure 1 part of a series?
In the 1960s Johns began work on 0-9 portfolios in which 0 to 9 appear as individual figures. Figure 1 is a work in its own right but seen in sequence with 0-9, each print functions as a point of continuity, the color transitioning from primary colors (yellow, red, and blue) in Figure 0 to secondary colors (orange, green, and purple) by Figure 9. Johns marked the introduction of each new color by signing the work in the color of the topmost hue.

Why the newspaper collage?
The final plate used for this lithograph was an aluminum plate that added a simulated newspaper page. Johns did not want to use the “the real thing,” but “the image of the real thing”—a prime example of one of his “impure ideas” that played with notions of reality. In a further nod to this a discernable headline reads, “The Recall to Reality”. 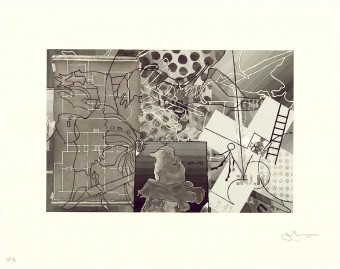 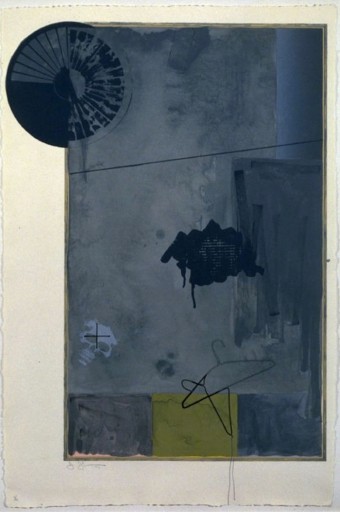