Gallery Weekend Berlin is not your average art fair. In fact, it’s not really an art fair at all, dismantling the tent-booth-VIP-lounge model in favour of bringing collectors directly to the gallery itself. Initiated in 2004, and one of the most important events in Berlin’s art calendar, forty-seven commercial spaces participate, the city’s art scene coming to life over the span of four days. With art lovers moving between private views, dinners, drinks and parties via specially-provided black BMWs, it’s a highly coordinated affair. However, with fewer international collectors in town than usual, this year's calendar clash with Art Cologne was palpable—American collectors Carole Server and the Rubells reportedly flying in for Art Cologne specifically. So where is the agency of Gallery Weekend Berlin, and does it still meaningfully place galleries on the international map?

With an arts ecology comprising hundreds of commercial galleries, a plethora of project spaces, and a small handful of contemporary art institutions, Berlin also hosts countless artist’s studios – Sleek Magazine reporting that this year’s Venice Biennale includes more Berlin-based artists than those from London, New York or Paris. However, it was clearly a challenge to draw collectors into the fold this year, the art circuit of Art Basel Hong Kong, documenta 14 (in both Athens and Kassel), Frieze New York, Art Basel, the Venice Biennale and Skulptur Projekte Münster taking priority. You can’t do it all.

Well-respected collectors were present – Karen Boros and Patrizia Sandretto Re Rebaudengo to name but two – as were younger collectors who had flow in, such as Alireza Abrishamchi (who is also a painter). Indeed, Art Basel’s Marc Spiegler, who is a big supporter of Gallery Weekend Berlin attending for the tenth consecutive year, told me that the Art Cologne clash seemed like an unfortunate coincidence during a busy schedule, rather than a sign of the demise of Gallery Weekend Berlin. But with the art berlin contemporary (abc) fair being half its former size in September 2016, only now to be in negotiations with Art Cologne over establishing a new art fair, the power of the city’s art market economy feels unstable and weak.

Berlin is renowned for its lacklustre economy. Comparatively cheap rents continue to attract artists and, more and more, Start-up companies that take advantage of the low-cost accommodation. However, very few people make serious money in the city; often, people forge a living in other places and then come back to Berlin to spend their hard-earned cash. In terms of future projection, it is hoped that this will stimulate Berlin’s own economy to make industry and business more viable within the boundary of Berlin’s sandy foundations (though this must be feared by artists, who often rely on these low-living costs to contribute to the cultural capital of the city).

With the art market having exploded over the past twenty years and moving at an ever-increasing pace, the newer art collectors are, according to Marc Spiegler for the Art Newspaper, “often actively running hedge funds or start-ups; they may be super-wealthy, but they are also super-busy”. Arguably, the age of the art connoisseur is over: people understand the power of contemporary art as investment, and have very little time with which to fan the flame of their personal interest – if indeed they are even passionate about art. As such, art fairs that bring numerous international galleries together under one roof are time and space efficient for these collectors, fuelling the global market which TEFAF’s 2017 Global Art Market Report placed at $45 Billion. Gallery Weekend Berlin falls short in this respect, and without real market gravitas or economic pulling power within the city, it is questionable if it can ever be a major player on the art-fair circuit.

If the aim of art fairs is for galleries to, firstly, sell art and, secondly, raise the profile of the business and bring collectors to the gallery itself, establishing a more long-lasting relationship, then Gallery Weekend attempts to do both simultaneously. More often than not, people come into town because of the scene, because it’s fun – for example, König Galerie hosted this year’s after party in super-club Berghain, which is notoriously difficult to get into, especially if you’re wearing a Rolex – which is something that Berlin does incredibly well. It’s also more personal to experience art within the context of a gallery space, where artist and gallerist are often present away from the suffocating atmosphere of the art-fair tent. It is less rampant, sterile and intimidating: in short, it is relaxed. For Berlin galleries to survive and prosper, it could be argued that it is vital for them to participate in international fairs, going out to bring money in, just like everyone else. But with such a unique atmosphere and arts ecology, and with the sheer number of artists living and working in the city, Berlin’s magnetism will inevitably become ever stronger, eventually bringing the art market with it. 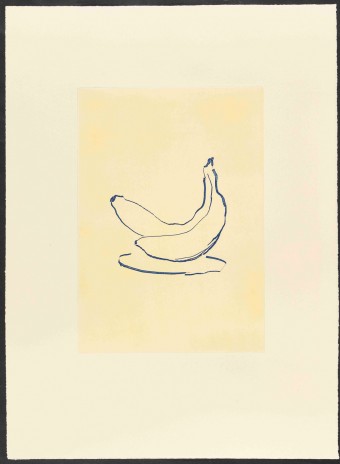 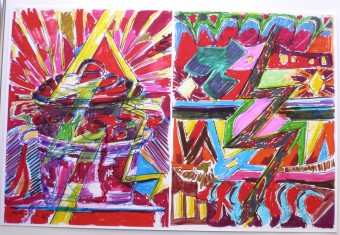